In 2005, CTV produced a made-for-TV movie dramatizing Toronto’s 2003 scrape with a new kind of virus – Plague City: SARS in Toronto. Long forgotten, watching it in 2021 is both infuriating and depressing.

For those who don't remember that far back, SARS (Severe Acute Respiratory Syndrome) was first identified in early 2003 during an outbreak that began in China and spread to 4 other countries, including Canada, where it really took hold in Toronto with 438 cases and 44 deaths. Outside of Asia, Toronto was the place hardest hit by the virus. 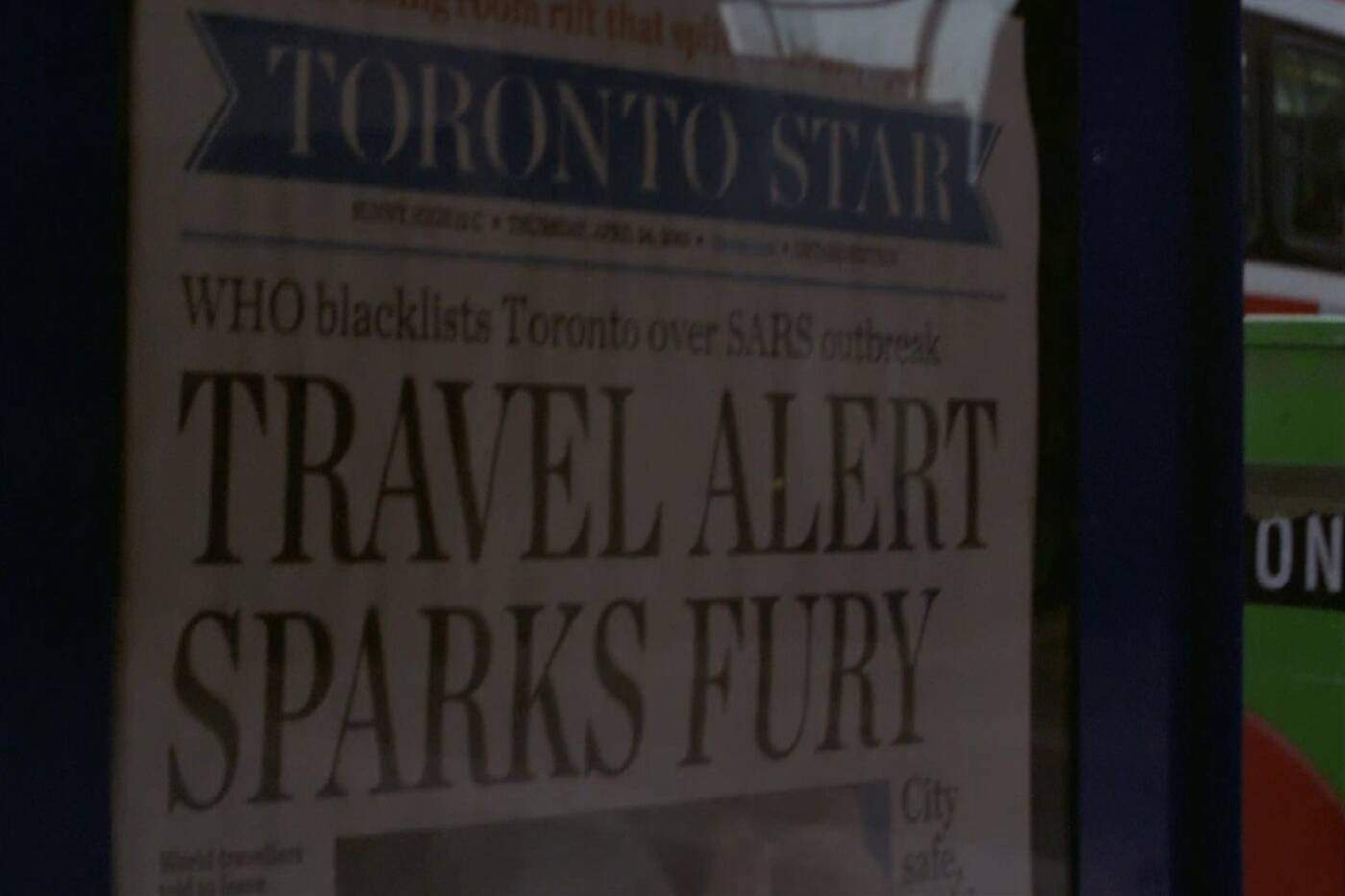 WHO did this? The World Health Organization slapped a travel alert on Toronto during the SARS outbreak of 2003. Photo via Retrontario.

Plague City follows the crisis as it unfolds through the eyes of a nurse (Kari Matchett), chronicling the heroism of the front-line health care workers as the deadly virus begins to spread in Toronto hospitals and later the community. 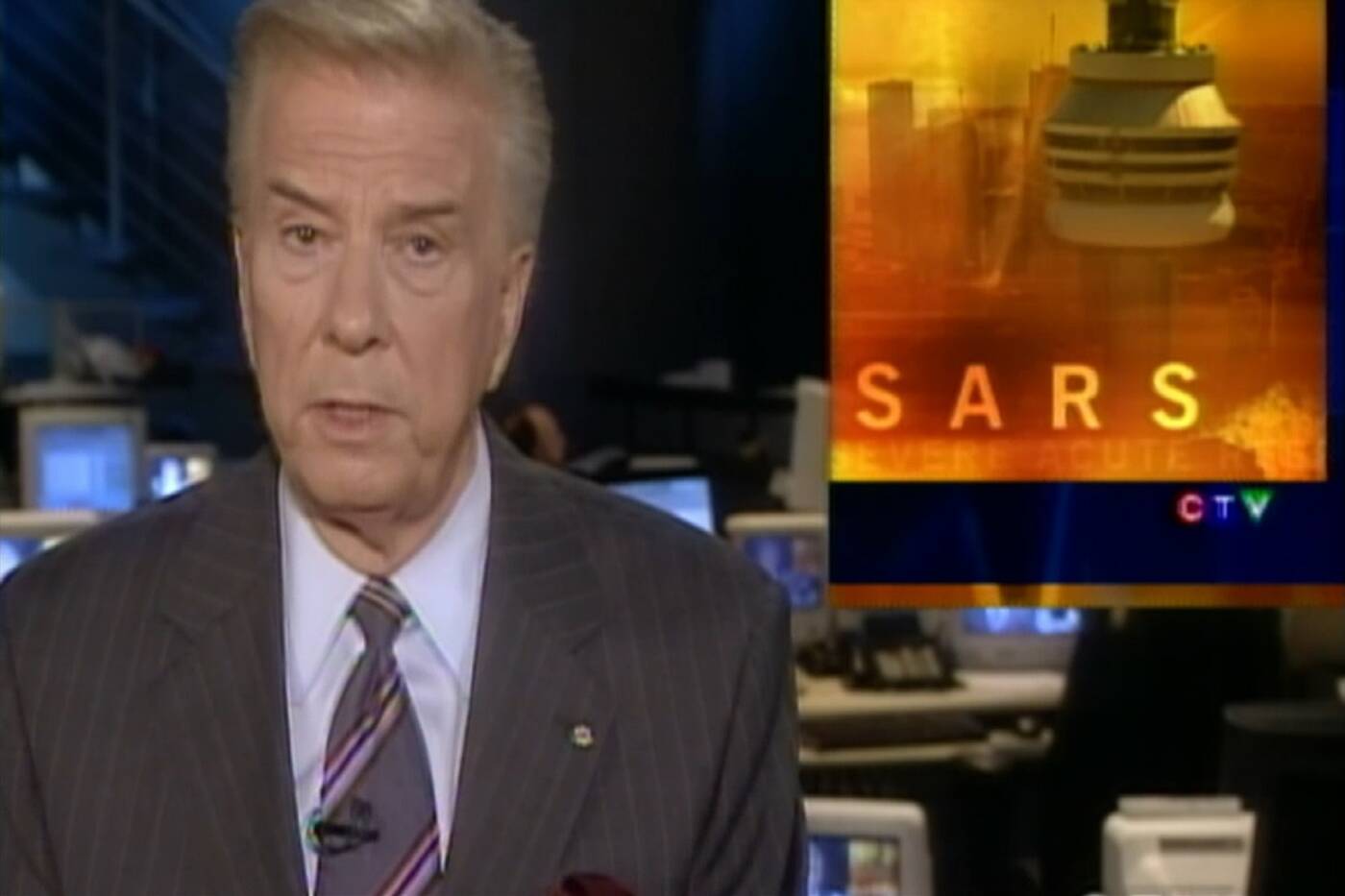 Oscillating between the sombre tone of a medical drama and a frenzied soap opera, the movie highlights the failure of both the provincial and federal government’s reaction to the mounting crisis.

We see as the government push back against scientific modelling, how consideration of business is prioritized over safety, and the work of local contact tracers is constantly confounded. 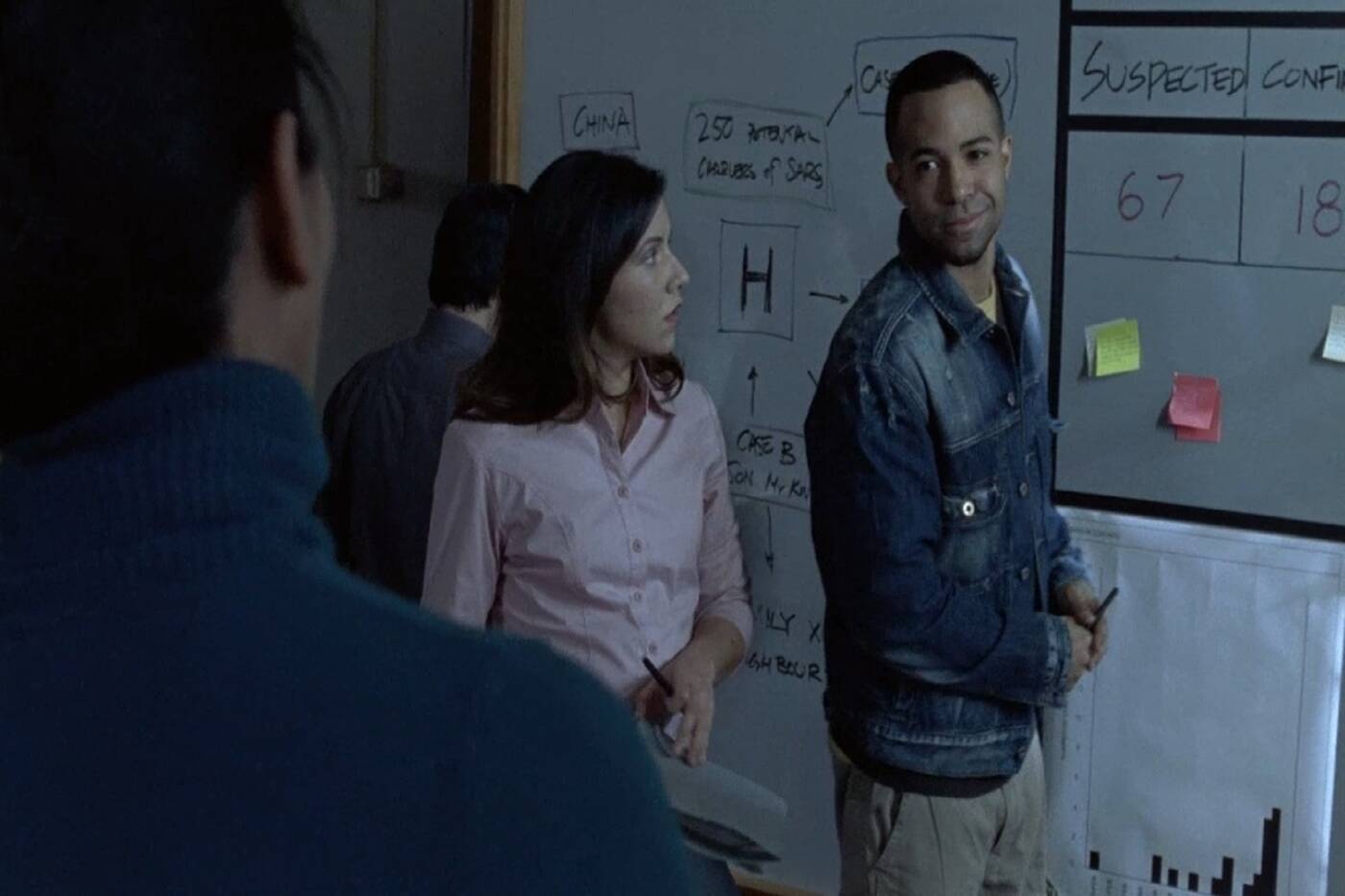 Plague City at times feels like a unheeded warning from the past. Photo via Retrontario.

One year after Covid-19 turned the world upside down, all of this may seem very quaint, but in 2003 it was pure science fiction.

Debates about wearing masks, whether to shut down restaurants and the essential role of contact tracing are just a few of the subjects in Plague City that will have contemporary viewers wishing for the good old innocent days of 2003. 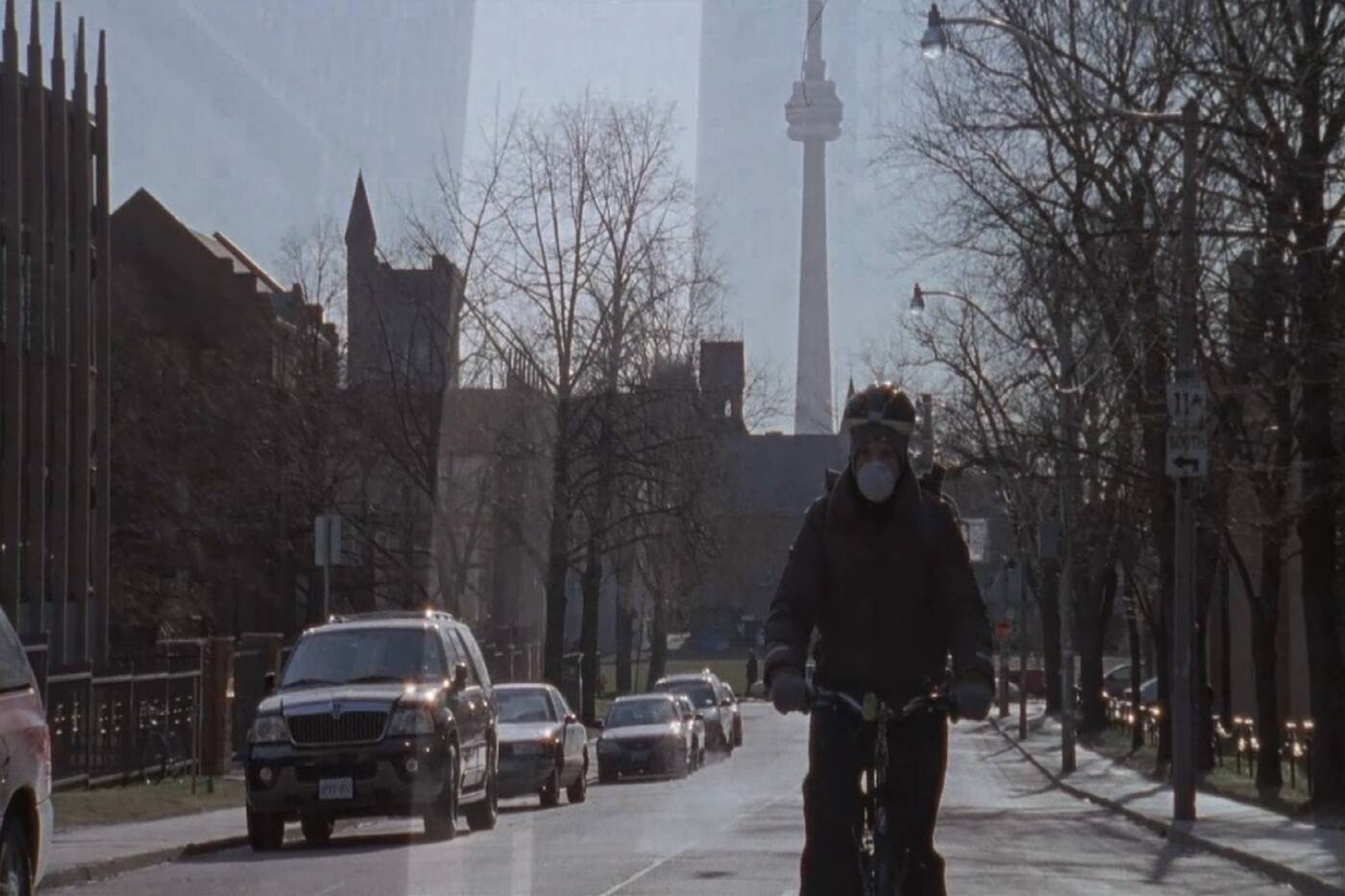 The action covers the first 75 days of the SARS scare, starting with patient zero (scratched by a civet cat) in Guangdong China, and ending with the World Health Organization reversing their Toronto travel alert in the spring of 2003. Many liberties are taken with what really happened.

So, while we see news footage of Mel Lastman, Toronto Star newspapers, TTC logos and Lloyd Robertson on TV, the action unfolds at “Toronto Memorial Hospital” and there is a Toronto news network inexplicably called 6CVD. 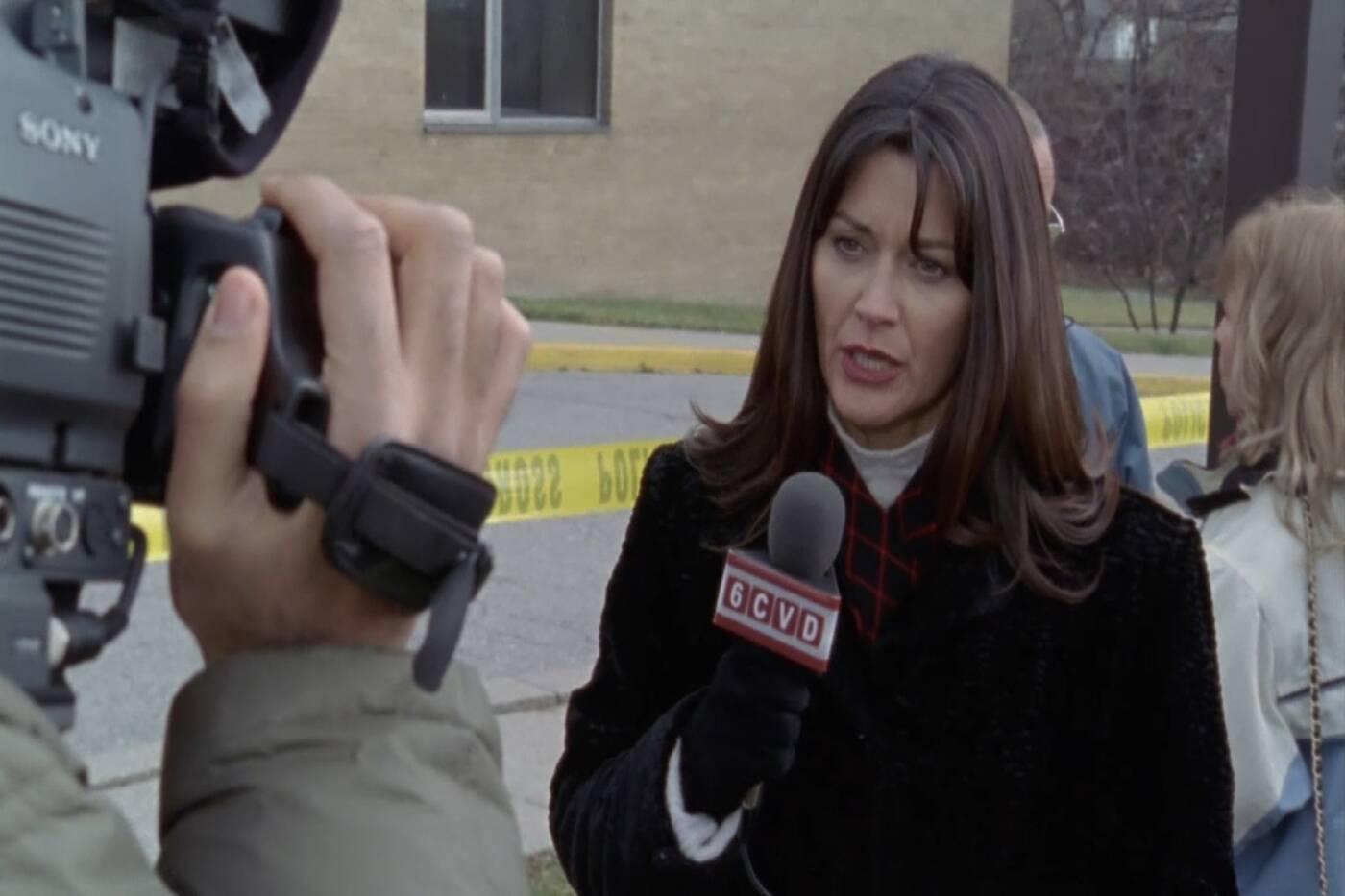 Views from the 6CVD: Plague City mixes real and fake Toronto into a strange blend. Photo via Retrontario.

Plague City was directed by David Wu, a Hong Kong editor best known for his work on some of John Woo’s greatest action films (Hard Boiled, Bullet in the Head).

Unfortunately, the action here is mostly limited to people coughing on each other, while the schmaltz is cranked up to laughable levels when a funeral for a minor character features slow-motion black and white flashbacks set to Sarah McLachlan’s maudlin anthem “Angel.” 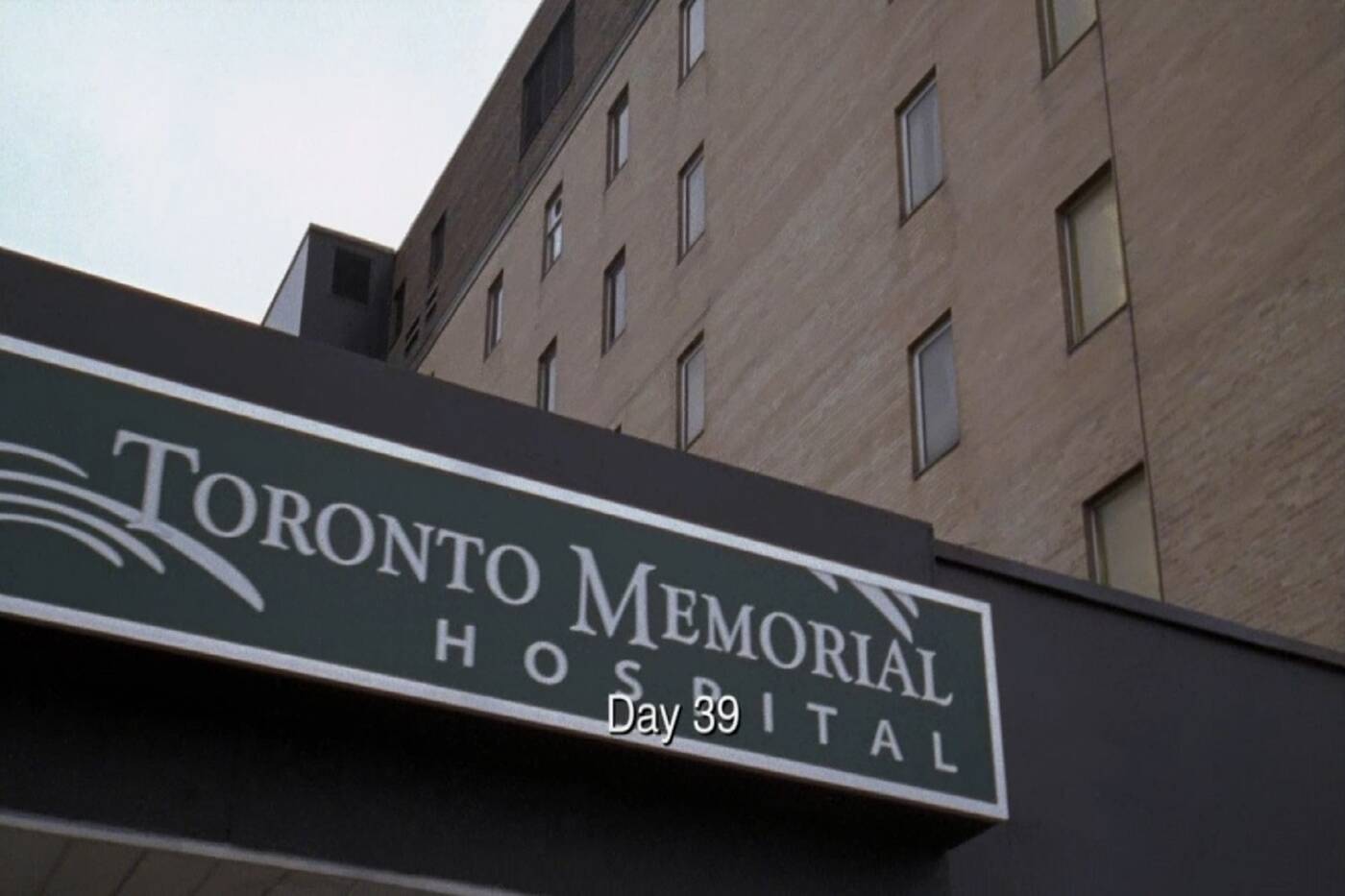 Toronto Memorial Hospital instead of Scarborough Grace Hospital, where the SARS outbreak in Toronto started. Photo via Retrontario.

Just prior to the premiere in May 2005, producer Jon Slan told Starweek magazine, “It will happen again. It may not be SARS and it may be even more deadly. There are lessons to be learned from the Toronto experience. That’s justification enough for Plague City.”

It was reported that when the Covid-19 virus began making headlines in early 2020, Steven Soderbergh’s Contagion (2011) was being illegally downloaded an average of 18,000 times a day. While Contagion is a far superior movie, it is a shame that Plague City has been almost completely forgotten.

Despite its failings, it does sound the alarm of things to come and highlights the role Toronto might play on the global stage should that happen (it did, and we didn’t). 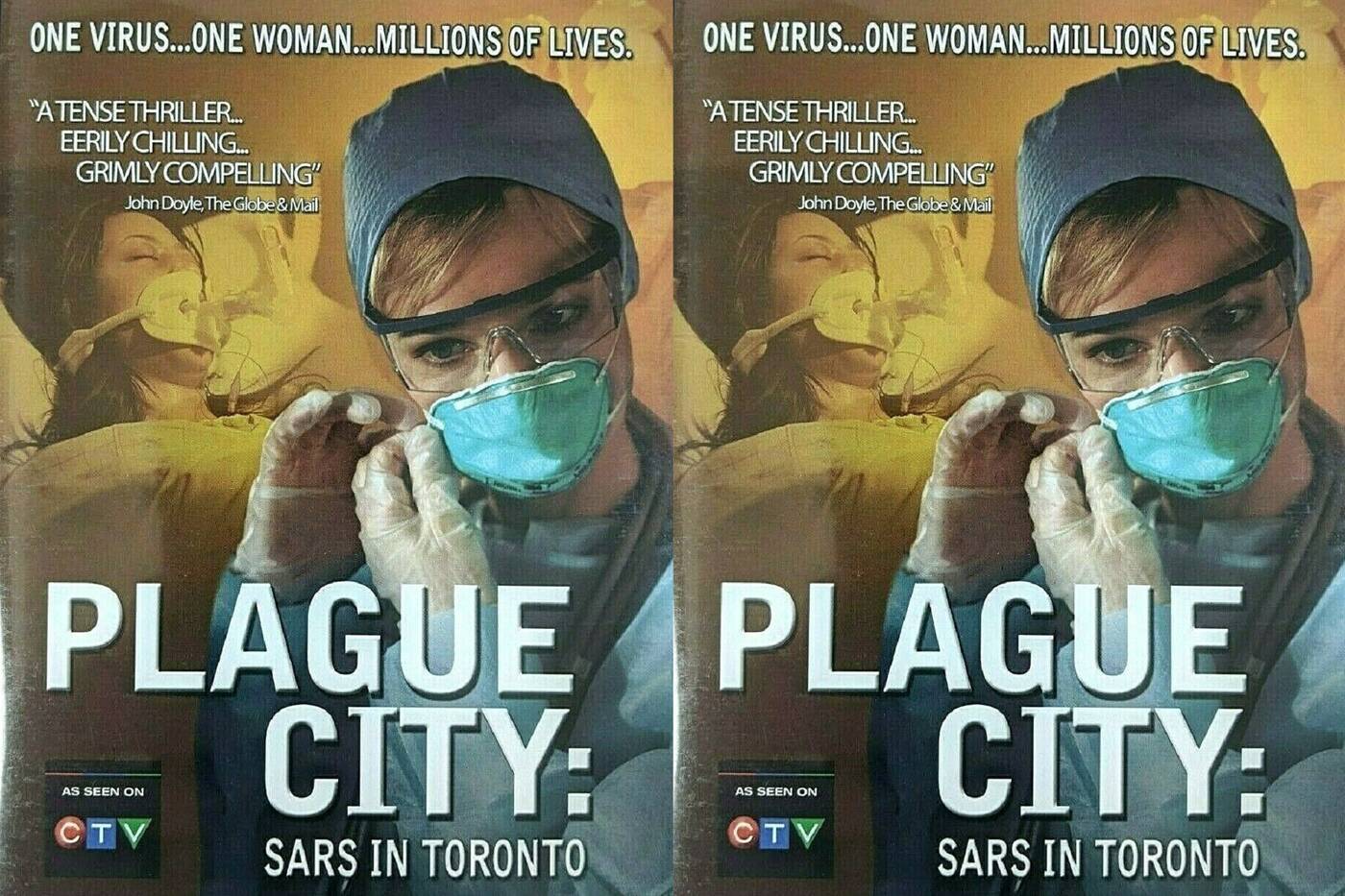 Plague City received a DVD release in 2006, and then prompty dissapeared. Photo via Retrontario.

As a side note, it also remains a mystery as to why Toronto’s colourful recent history does not translate into dramatically compelling films. Run This Town (2019) managed to make the sordid Rob Ford saga boring and was completely revisionist.

Although released on DVD in 2006, Plague City has yet to materialize on any streaming service and is strangely absent from CTV’s Crave. It was recently uploaded to YouTube but may be gone by the time you read this:

Watching Plague City now is a complete exercise in frustration for many reasons, but the story of Toronto’s brave health care workers battling SARS in 2003 is a story that deserves wider recognition, at the very least.