Someone just found Catherine O'Hara's 1969 yearbook photo and it's adorable

Golden Globe winner Catherine O'Hara has long been considered a national treasure in Canada, but once upon a time she was just a little girl attending her first year of high school in Etobicoke South.

Christine Wallace, whose father went to Burnhamthorpe Collegiate Institute (BCI) with O'Hara roughly 50 years ago, recently dug up her dad's old yearbook and found an adorable picture of the comedian at the young age of 15.

"After she won the Golden Globe award on Sunday evening, I asked my dad if I could look at his yearbook to see if I could find her," Wallace told blogTO. "So, I did look through his Burnhamthorpe Collegiate Institute 1968-1969 yearbook, also called 'The Trident,' and I found her!" 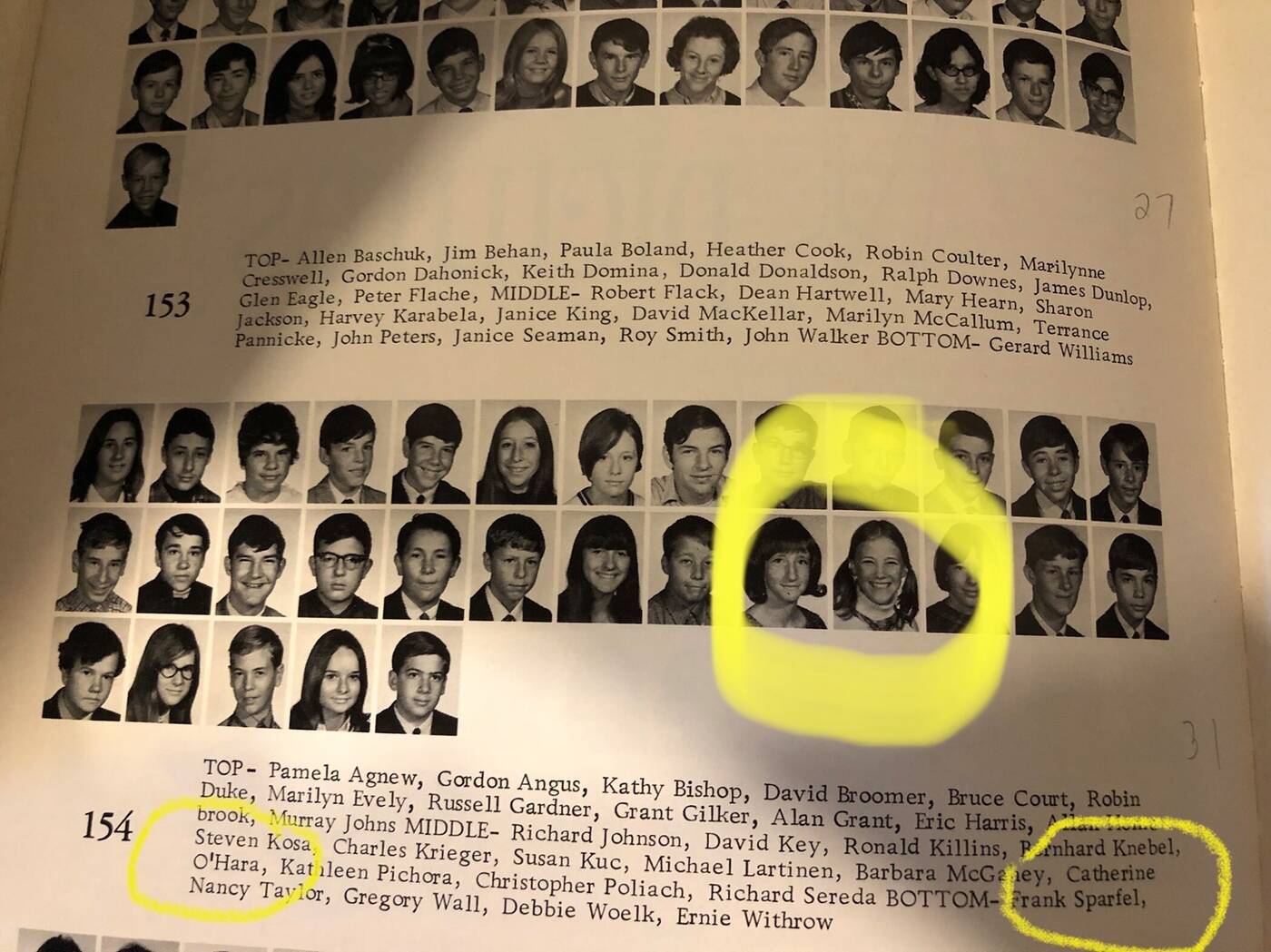 Wallace said her father didn't know O'Hara personally since she was three grades younger than him, but all those who attended the school around the same time as the star now know they were once in the presence of greatness.

O'Hara also attended Our Lady of Peace Catholic School and Church growing up, which is the same parish Wallace and her family went to when she was young.

"I rememberd she visited that church in either the late 1980s or early 1990s, and everyone whispering and looking around to see the 'star that was in church that day,'" she said.

Peronal connections aside, Wallace said she, like so many other Canadians with taste, is a huge fan of O'Hara's work in Beetlejuice, Home Alone and of course, Schitt's Creek.

"I think her role as a mother of a LGBTQ+ child, and being accepting of who her children were, was really an example of inclusivity and modern parenting. To show love, care, closeness with her children, and to accept them for who they are — it's really something that parents aspire to be like," Wallace said.

"Also, the series showed how someone from wealth and comfortable living can be resilient when things come crashing down around them. I think that, especially during this COVID pandemic, this was a good lesson for people to see: how to adapt, live within our means, look at needs versus wants and build resiliency," she continued.

"So, in many ways, Schitt's Creek, but even more so this mother's role in her family, has been very inspiring and motivational."

Funnily enough, Wallace's father's yearbook page also features the photo of a young Robin Duke — who likewise went on to have a successful acting career and played the comical owner of The Blouse Barn on Schitt's Creek.