If you've finished the first two seasons of the dystopian sci-fi series already, you know this Hulu production based on Margaret Atwood's novel can get dark. Really dark.

The Handmaid's Tale is filming in #Toronto today https://t.co/zCnUJB3MxU pic.twitter.com/903Kj0qAPV

It makes sense then that a show about pain and suffering is currently filming its third season in Toronto during the dreariest, most depressing time of the year.

Offred and the gang have already been spotted running around the city several times since they started shooting in the fall. 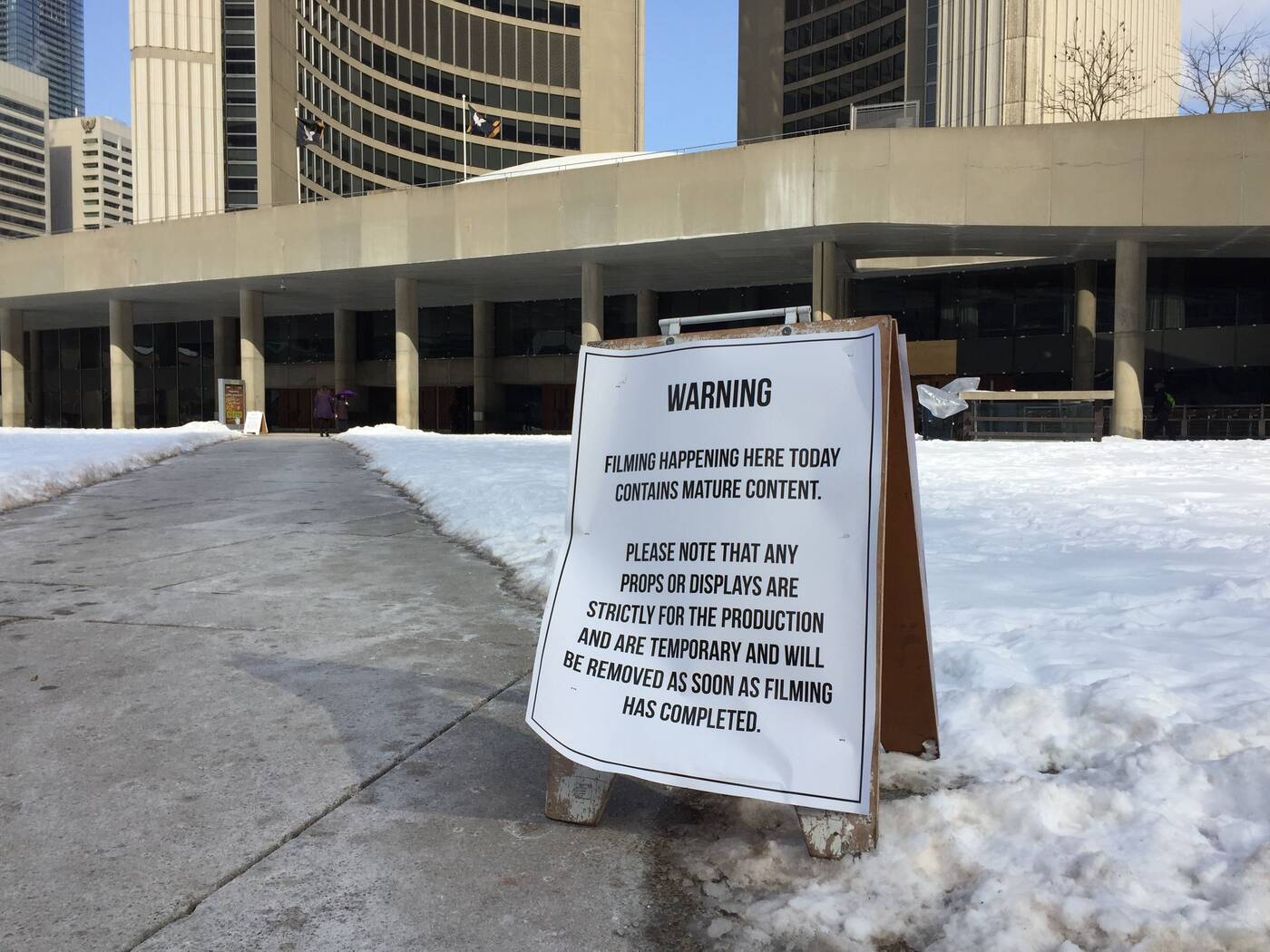 A sign is up at City Hall today warning Torontonians about the gruesome Handmaid's Tale scene being shot in the square today. Photo by Aaron Navarro.

Red-cloaked actors were also seen walking the stoic lane of City Hall just a few days ago, and it seems they're back to transform the area into the terrifying streets of Gilead.

It looks like they're shooting something much more morbid this time: an execution scene, nooses and all.

Hangings, violence, and scenes depicting excruciating pain happen basically every episode in Handmaid's Tale, so if you're worried about spoilers, this could just as easily be episode one as the season finale. Who really knows?

But it does make you wonder how anyone is getting work done at City Hall today with that happening outside the window.

If you're a tourist who just happens to be at City Hall today: do not fret. Toronto has not become a totalitarian regime that executes people en masse, we just have a lot of TV stuff going on.