Long shuttered Toronto cinema is finally about to re-open

The famous Art Deco cinema that has been dark since 2006 is set to open soon, following a lengthy and large-scale renovation.

That's right, Toronto: the Paradise Theatre is set to open later this year.

In 2015, we reported on plans — approved by city council that May — to restore the building as a multi-purpose space, with the cinema space still intact.

The building on this site has operated as a cinema since 1910, and we are proud to continue its century-long tradition of entertaining Torontonians. #ThisIsParadise #ParadiseOnBloor pic.twitter.com/mKw1MWbS0w

This morning, the Paradise on Bloor social media accounts posted a stream of updates to the delight of community members who've been waiting quite a while. 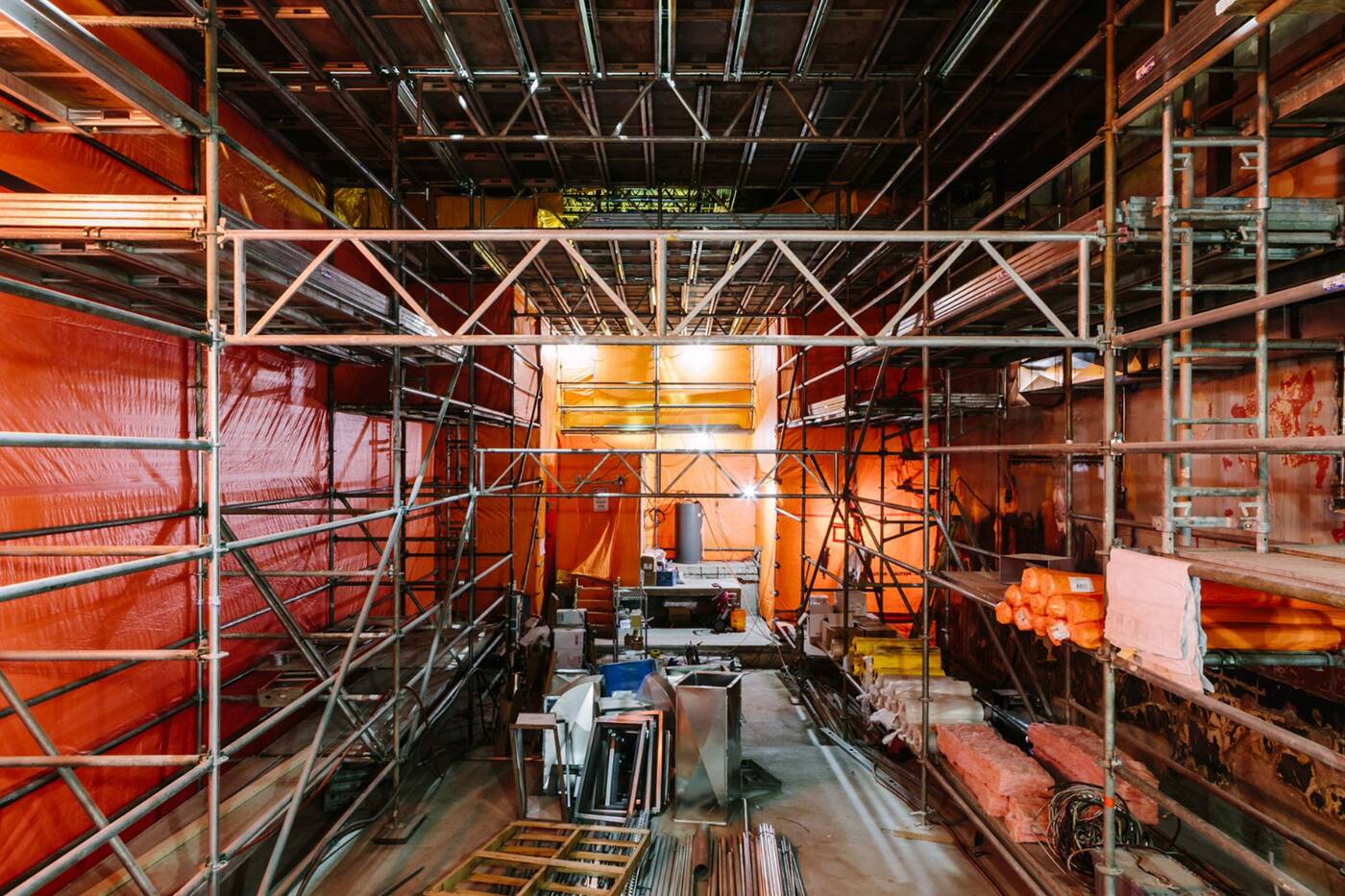 A photo from the inside of Paradise Theatre during the extensive renovations, the orange tarps are down for lead paint removal. Courtesy Paradise Theatre's Twitter account.

Upon re-opening, the plan is that the Paradise will be "presenting a curated mix of newly released films, older classics, undiscovered gems, themed seasons and event cinema," along with live music, comedy, talks and "multi-arts events." 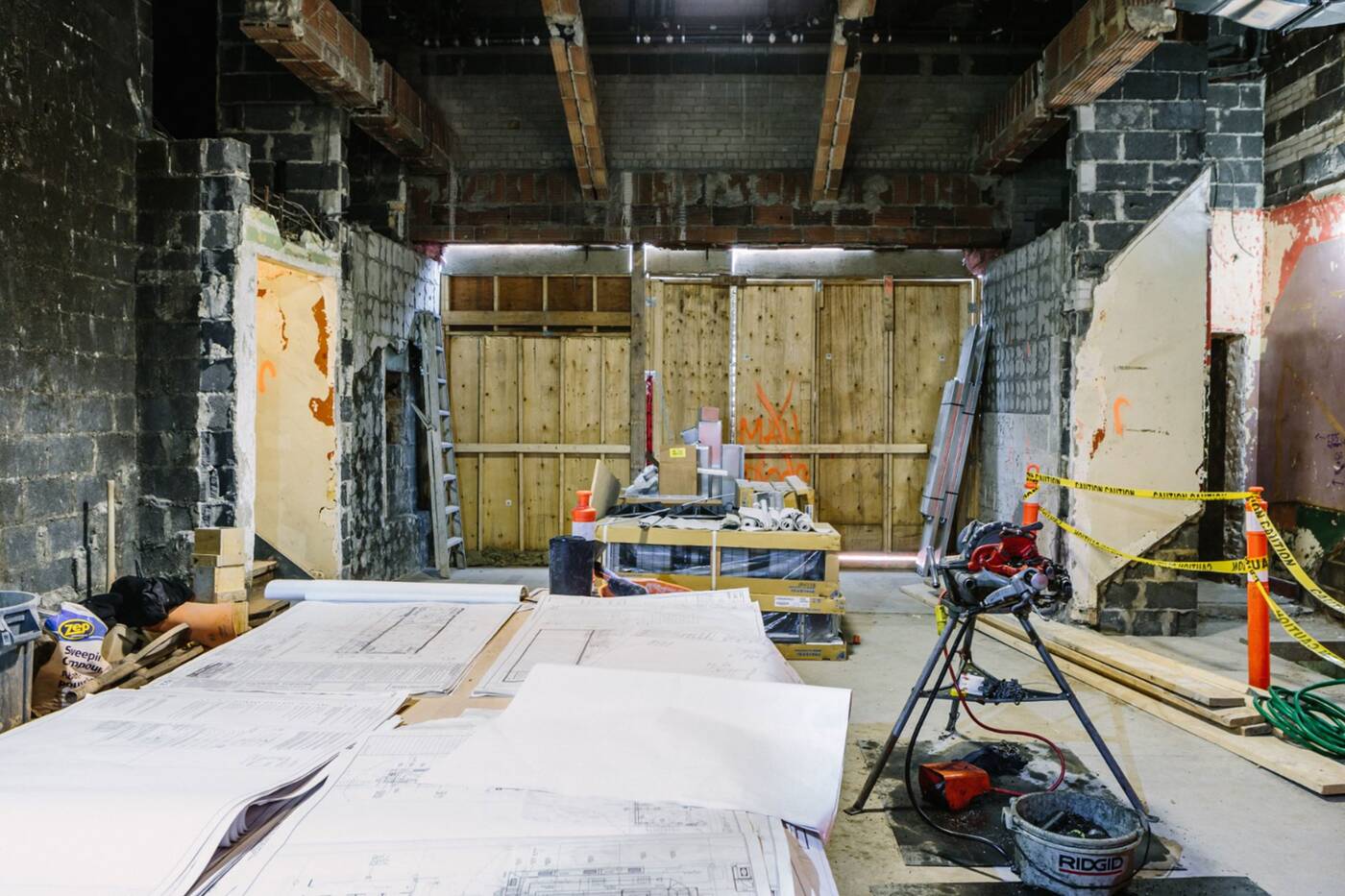 A photo from the inside of Paradise Theatre during the extensive renovations, complete with blueprints that are just a little too obscure to make out. Courtesy Paradise Theatre's Twitter account.

There's also talk of theatre-goers being able to take advantage of in-seat dining on the theatre balcony, a restaurant, cocktail bar and lobby with a "unique food and beverage selection"... so no ordinary movie snacks here.

This is Paradise Theatre mezzanine level. Here, you will enjoy being served food and drink while watching a show.

The restaurant, according to the Paradise's Instagram page is called Osteria Rialto and is to be run by Basilio Pesce in a space that was once occupied by a grocery store.

This is Osteria Rialto. An intimate restaurant from @basiliopesce (previously of Porzia, @labananeresto, @canoerestaurant, @cheese_boutique & more) in the space once occupied by the Reno Bros grocery store.

The website for Paradise Theatre has a marquee that says "COMING SOON," perhaps a throwback to all those years ago when the marquee  advertised "FOR LEASE."