As the finishing touches are put on the climbing gym that now occupies the former Metro Theatre on Bloor St., a little further west, the Paradise Theatre (1937) is poised for a more fitting future life as a cinema, event venue, and restaurant/bar.

The theatre has been dark since 2006, but new life could be injected into the space in the coming months as design plans are finalized. On a recent walk by the old cinema I noticed that the front doors were open for the first time in years as workers took measurements and surveyed the interior. 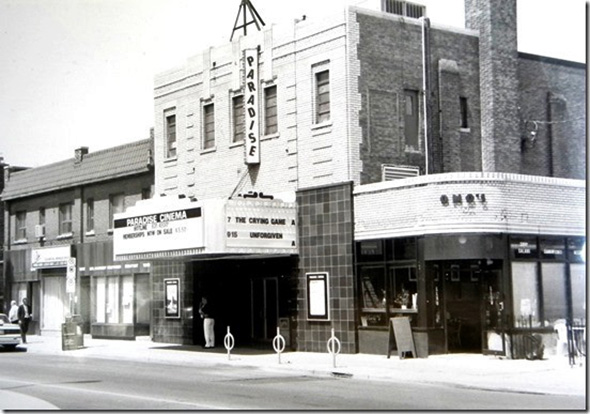 The building is in rough shape, but there's a ton of potential here -- something that Moray Tawse saw when he purchased the building for $2 million back in 2012 after it was formally designated a heritage property (and dodged what looked like a demolition scheme). A year and a half later, Tawse revealed his plans to restore the building as a multi-purpose space. 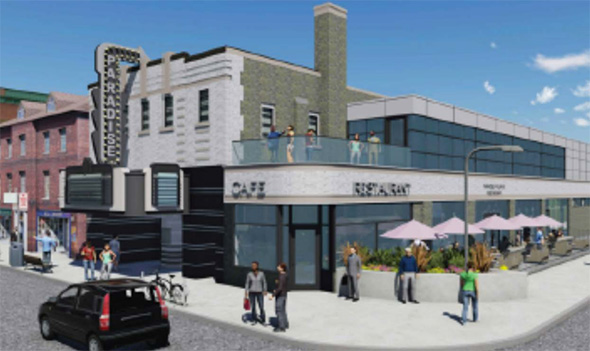 The plan, which calls for the restoration of the building to its Art Deco roots and the addition of a second floor above the existing restaurant space (formerly Beirut Palace), was approved by city council in May of this year. At present, there is only a crude rendering available, but the with ERA Architects signed up to consult on the heritage elements, there's reason to be optimistic about the renovations.

This wouldn't be Toronto if there wasn't some concern about the redevelopment plans. At that first community meeting back in July 2014, residents expressed concern about the nature of the liquor licence that Tawse might apply for. Some are worried at the prospect of live music, though it seems unlikely that the owner of Tawse Winery would be interested in opening a concert hall. 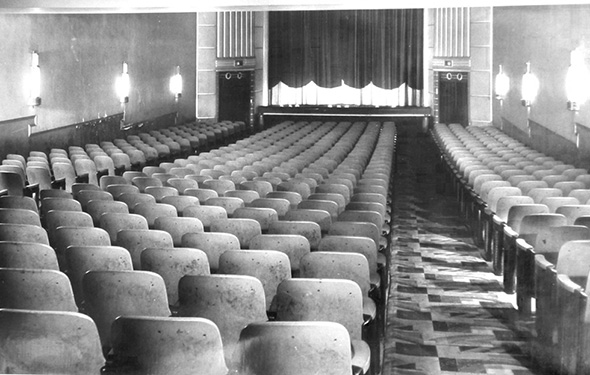 On the contrary, what the Paradise Theatre site offers someone in the wine business, is the opportunity to create a high end event venue, one which would surely be stocked solely with Tawse wines. The cinema-element of the space will be scaled back, but not removed altogether. The idea is to build a "theatre room," which would continue the legacy of the Paradise.

Despite the presence of workers on site last week, this is a slow moving project. Detailed site plans still need to be finalized before restoration efforts can begin. In any case, the future looks bright at the Paradise. Perhaps not as perfect as the theatre's name promises, but surely much better than the fate suffered by so many of Toronto's former cinemas.

Historical photos via the Archives of Ontario. Rendering via Ware Malcomb.