How rep cinemas in Toronto are changing with the times

It was dark times in Toronto when rep and indie cinemas were seemingly fading into the background of the city's cultural fabric.

Thankfully things have changed, and now Toronto's smaller movie theatres seem to be more popular than ever. So what happened?

"There are so many cool little collective bands of weirdos who have come together ... doing their part to make Toronto this really interesting vibrant scene," says Alan Smith, general manager at the Carlton Cinema.

Though the Carlton is one of the lucky theatres that get to play first-run blockbuster films, it also hosts a small mountain of independent film festivals like Little Terrors, Wild Sound, the Muff Society and Shorts That Are Not Pants.

"We’ve developed a rabid fan base for some of these things, and it’s great," he says.

"Theatres closed because they weren’t doing anything [new], they were just playing movies you could see at twenty different places. Now we have to be the only place you can see Beetlejuice this month or a weird Turkish knock-off film."

Here's what happened: Festival Cinema Group was a conglomerate who owned The Revue, The Kingsway, The Paradise, Bloor Cinema, The Fox and The Royal. You could buy a $5 pass and see films at any of these theatres. It was a small and sturdy network that collapsed in 2006.

Some theatres closed down because they didn't adapt quickly enough, but the ones that remain took another route and programmed unique films and worked with their communities to create neighbourhood cinemas. 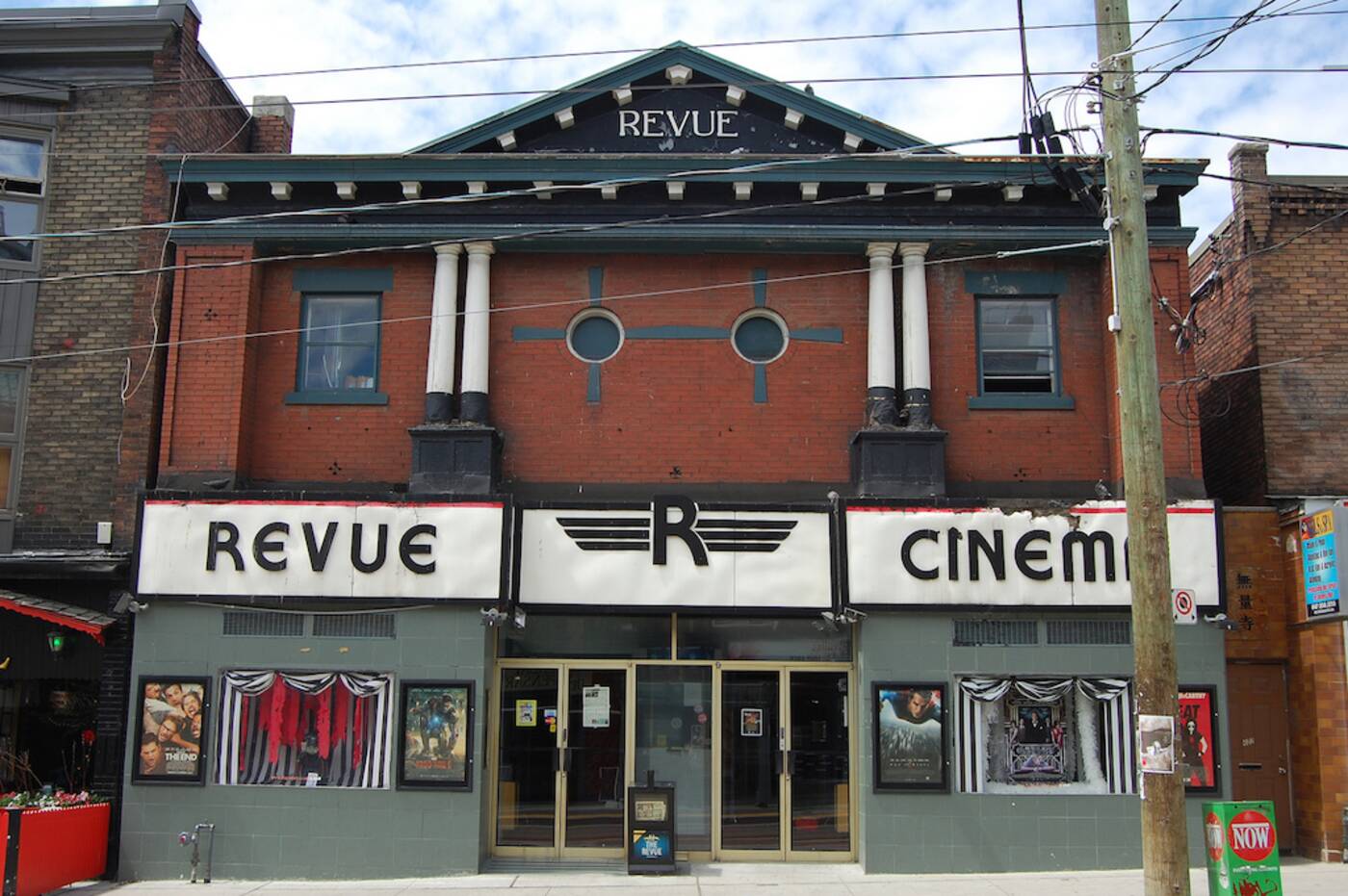 "It’s definitely a good time to be doing event driven cinema," says Eric Veillette, program director at The Revue. "People want to leave the house, you’ll either come see a movie that’s curated for you or you’ll sit on your couch and go through Netflix for 45 minutes and watch something you’ve seen sixteen times."

Veillette believes that by giving moviegoers a more interactive and communal experience, or something they won't get at a big theatre, they'll come out.

And they have. The Revue is a not-for-profit, community-run theatre that continuously sells out.

"Anybody could have gone to see La La Land the weekend it opened but there’s a big chunk of the population that is waiting for The Revue to play it," he says. There's a deeper connection to these theatres.

Colin Geddes programs The Royal with his partner Katarina Gligorijevic and had to completely reinvent what the theatre was showing to survive.

The Royal exists in a part of the city that can't show blockbuster films at the same time as The Carlton and The Revue because they're just too close to one another.

There's a camaraderie between all the indie cinemas, but this geography is still a bummer for The Royal. It forced its programmers to get creative when they took it over three years ago. 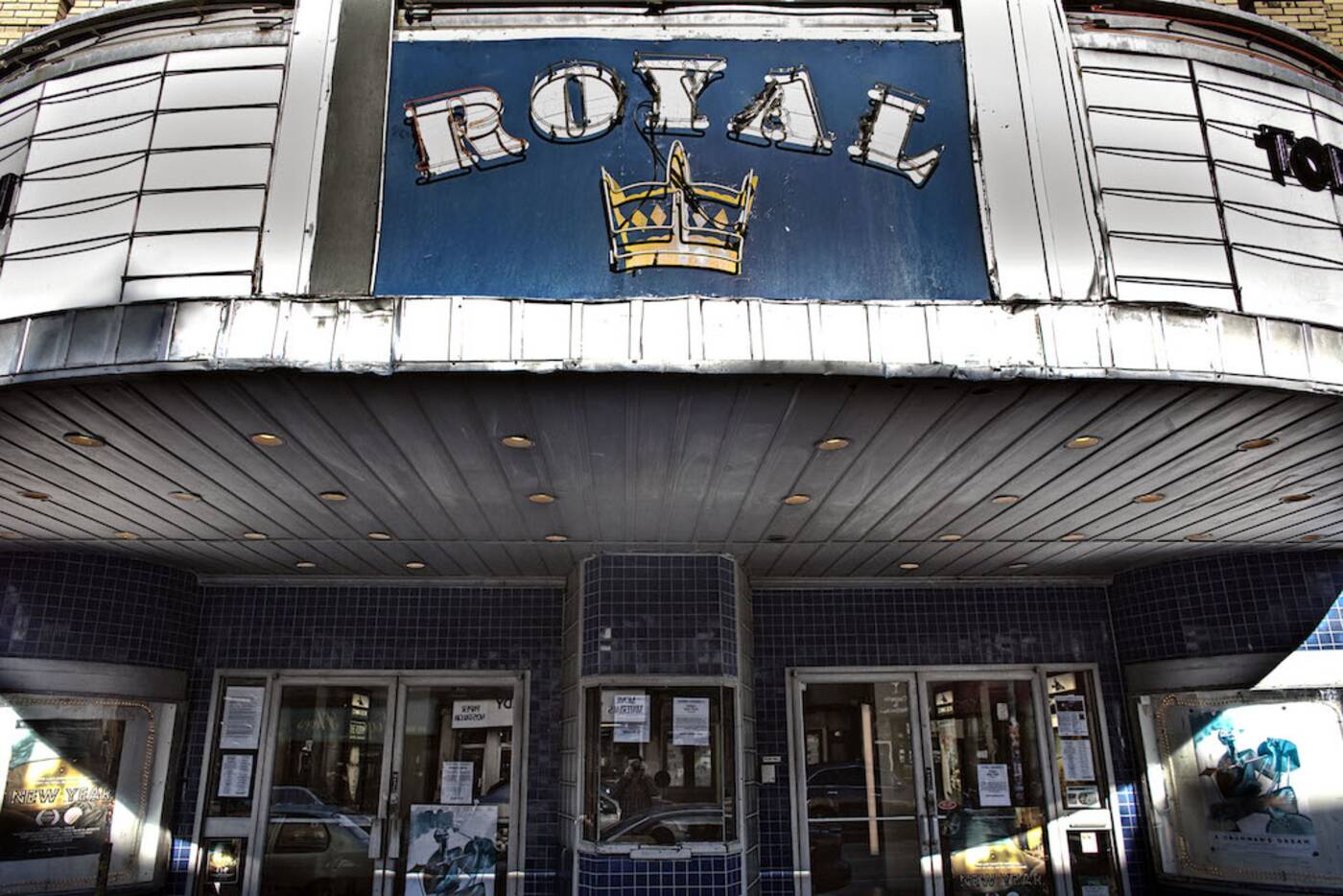 The marquee at The Royal on College Street. The Royal

"One of our friends said that going to the Royal back then felt like doing homework. It wasn’t fun," says Geddes. "We wanted to reinvigorate it ... to make sure The Royal is not homework. How do you get people off their couches and into the theatre?"

And its staff work alongside community members to curate popular nights like Drunk Feminist Film Club (which sells out in minutes), Screen Queens, and Band and a Movie.

There are often talks and performances so "you see something before the film which is not ads about cars," says Geddes, who used to program Kung Fu Fridays at The Royal in its original days. The Royal is also home to a full post-production house in addition to the theatre itself.

Toronto's independent cinemas are once again a community and thriving from east to west. They're places willing to take risks and see what sticks and to provide movie-goers with experiences that sterile, mega-plexes couldn't even dream of.