Cadillac Fairview (CF) announced on Tuesday afternoon that its flagship property, the iconic Eaton Centre in downtown Toronto, will be getting a massive makeover that will restore the mall's massive central galleria skylight and improve pedestrian access.

CF will be dropping $76 million on a major refurbishment project that includes a $60 million rebuild of the sprawling skylight roof, replacing its aging glass panels with modern replacements that owners claim will utilize "the latest materials and technologies to improve energy efficiency while maintaining its classic design aesthetic."

It's a look that CF Executive Vice President of Development, Wayne Barwise, says was "inspired by the Galleria Vittorio Emanuele II in Italy and has served as a distinguishing feature of the mall since the centre's opening in 1977."

News that the refurbishment will maintain the skylight's original 1970s look comes just days after the passing of the Eaton Centre's architect, Eberhard Zeidler. His firm, Zeidler Architecture Inc., is handling the skylight rebuild, ensuring that the original vision will be shown the respect it deserves.

"As the original architects of the galleria, we're honoured to play a continuing role in one of the city's most iconic buildings," said David Collins, Partner at Zeidler Architecture Inc.

"This revitalization will ensure the skylight roof is fit-for-purpose and sustainable in the long term, all while retaining its original architectural splendour."

Replacing the massive skylight isn't such a simple task, though, and there will be some temporary disruptions — plus a very visible casualty needed to make way for construction.

The famous (and at one point controversial) installation by Canadian artist Michael Snow known as Flight Stop, depicting sixty figures of Canada geese soaring through the galleria, will have to be carefully removed by an art restoration company to be re-installed after the job is done. 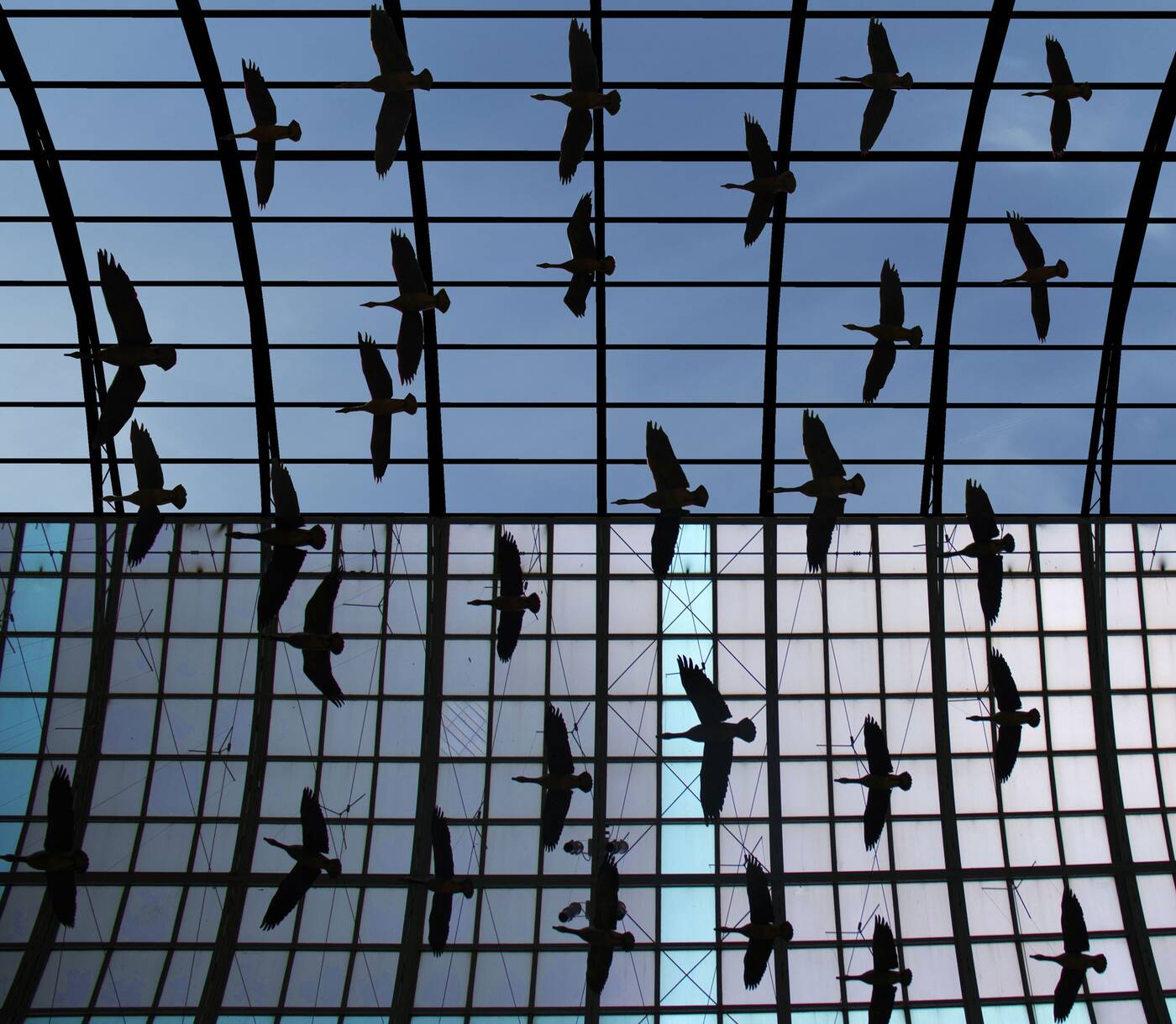 Installed in 1979 and the subject of a famous lawsuit, the art installation has become a defining part of the Eaton Centre.

The mall will also get a $17 million injection designed to ease the flow of pedestrians through the frequently crowded space. This includes adding three new staircases in the South Court and Urban Eatery areas, while also upgrading elevators with larger cabs and improved accessibility.

But what does this announcement mean for shoppers in the single-largest urban shopping centre in North America?

Well, you can expect some disruptions to your shopping routine with the project planned to unfold in two phases. The first phase, beginning in mid-January, will cover the south end of the mall extending from Queen Street, while the mall's north end will follow starting in March 2023.