I've said it before and I'll say it again: It's damn good to be Drake right now.

The Toronto-born rap superstar, who, ironically, is one of few people on Earth who can actually afford to buy a diamond-encrusted sports jacket, was gifted that very thing last night at Scotiabank Arena.

Toronto Raptors president Masai Ujiri presented the spectacular coat to his team's global ambassador ahead of Game 4 in the Eastern Conference Finals.

While initially misreported by media outlets as a gift from MLSE, the jacket was actually a gift from the Toronto-based clothier Garrison Bespoke.

Made from 100-year-old archival deadstock jersey cloth from the house of Dormeuil's private collection, lined with a 2019 City Edition Raptors jersey, and adorned with no less than 235 lab-grown, sustainable diamonds, the jacket wasn't cheap to make. 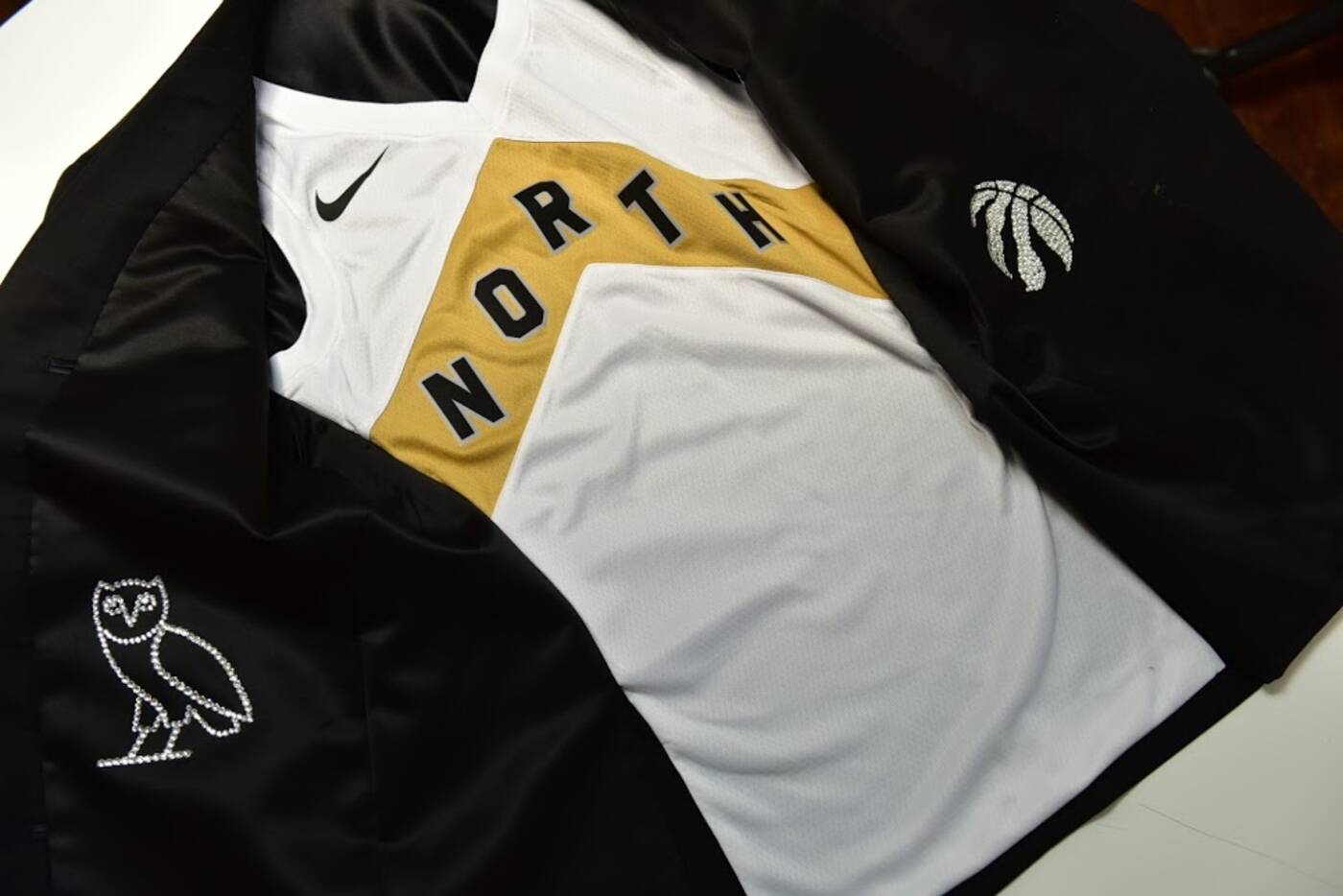 Each individual diamond from the San Francisco-based Diamond Foundry, which partnered with Garrison to create the standout piece, had to be individually handset "so that they could be perfectly-pieced together to form the iconic OVO owl," according to the company.

"This jacket made for Drake from our Couture Collection is the perfect representation of innovative, luxurious, and extremely personalized tailoring — all things that are at the centre of the Garrison brand," said Michael Nguyen, owner of Garrison Bespoke, in a release detailing the jacket.

The garment had been in development for one year and six months before it was presented to Drake and took about three months to create, according to Garrison. 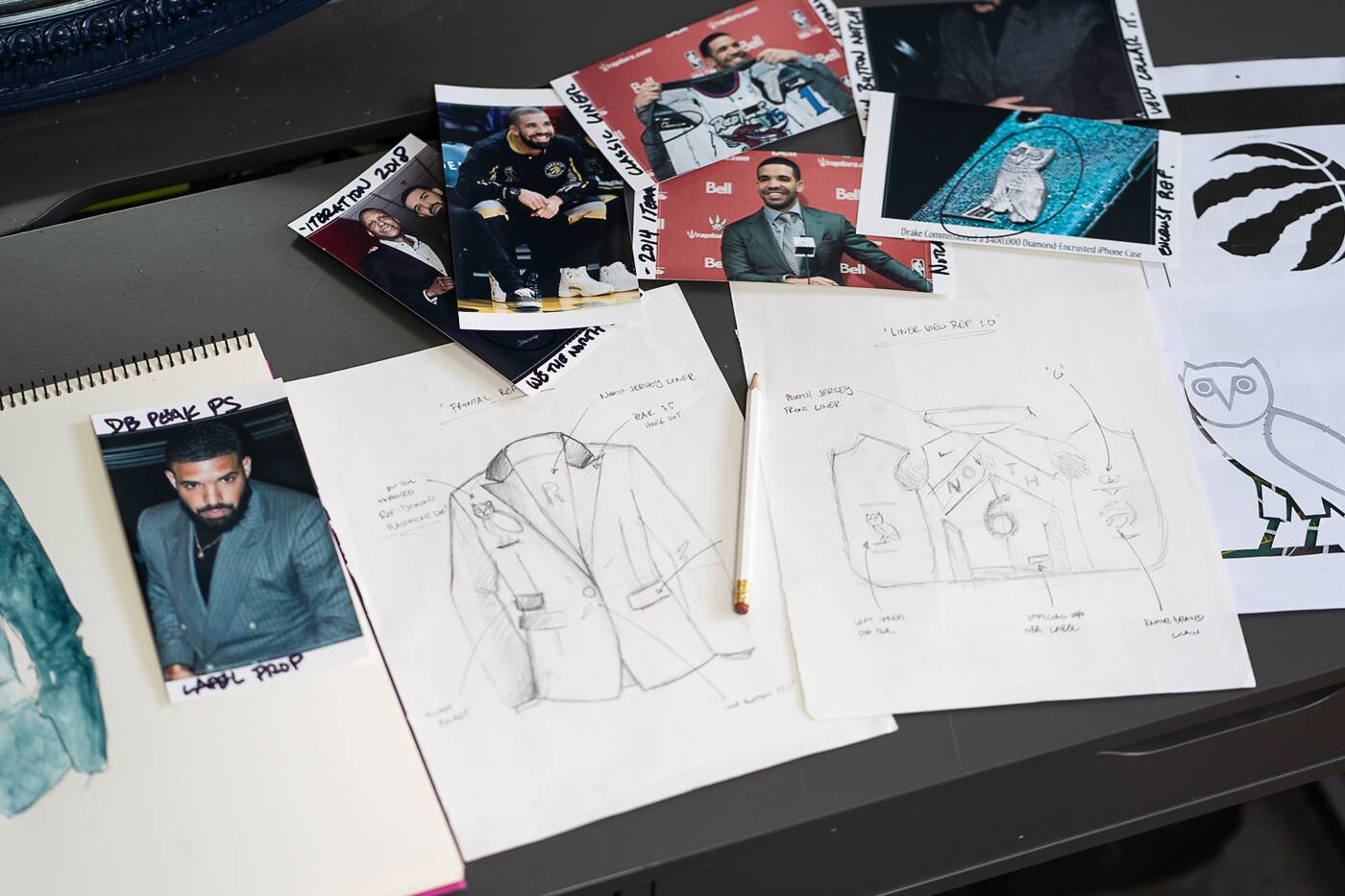 It took a full year-and-a-half to design and manufacture the custom jacket for Drake's fifth year as the Raptors' Global Ambassador. Image via Garrison Bespoke

This was also the fifth time Garrison Bespoke has gifted the rapper a custom piece. He's nabbed one for every year of his Raptors Global Ambassadorship, which started in 2015.

Fortunately for those still worried about the potential of a Drake curse, the artist didn't put the jacket on for last night's game against the Bucks.

The move worked out in Toronto's favour: The Raptors beat the Milwaukee Bucks 120-102 to tie up their series and we the people got to watch Drake give head coach Nick Nurse a shoulder rub.