Garrison Bespoke is currently open but their offerings and services may be affected due to the pandemic. Please contact the business directly for more information about any changes. Is this your business? Please contact us if you would like to update this message.

Garrison Bespoke wants to help Toronto's men be their best-dressed selves. The bespoke suiting shop, tucked into a quiet building on Wellington just a stone's throw away from the Financial District , has been turning out tailor-made suits since 2011, becoming a burgeoning menswear institution in the process.

When I ask Garrison's David Tran about the genesis behind the tailoring operation, he - naturally - invokes author Malcolm Gladwell, who famously posited that it takes 10,000 hours of practice to become an expert at something. 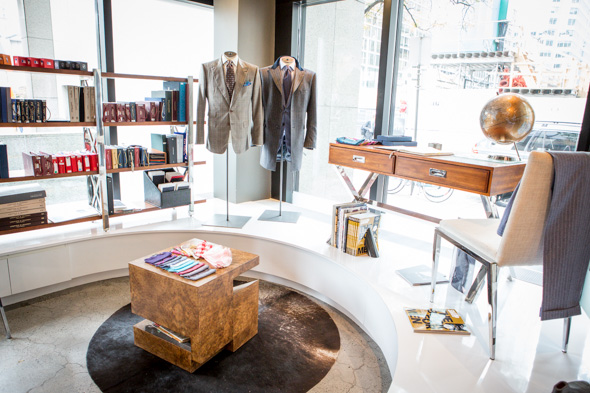 Women, he says, have been socialized to think about fashion in ways men aren't; how to highlight their best features, what their clothing says about them. "Most women have those 10,000 hours understanding themselves," he says; meanwhile, many men will wait to think about developing a style or dressing to suit their bodies until they finish school, look to enter the working world, and begin worrying about what kind of impression they're making. 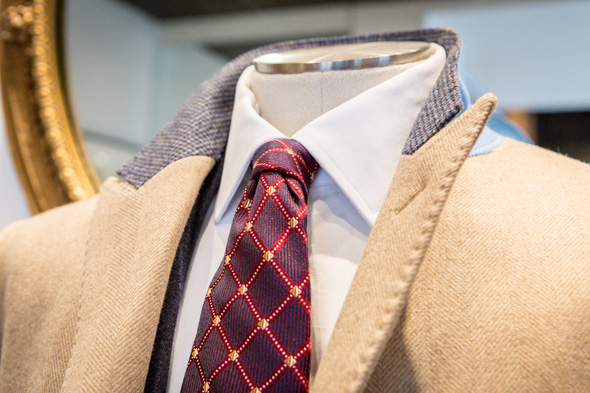 "What we do is short-circuit those 10,000 hours, to help a man understand what's perfect for him," he says. "Every client session that starts at Garrison, before we pick up a measuring tape, we actually pour them a drink and we're trying to understand who they are as a man. Where do they like to travel? Do they have a family? What stage in their career are they at, and what industry do they work in? What music are they into?

"What that does for us is, it starts to draw out their personality. Are they more conservative, or are they more bold? Do they like to have fun with their dress?" 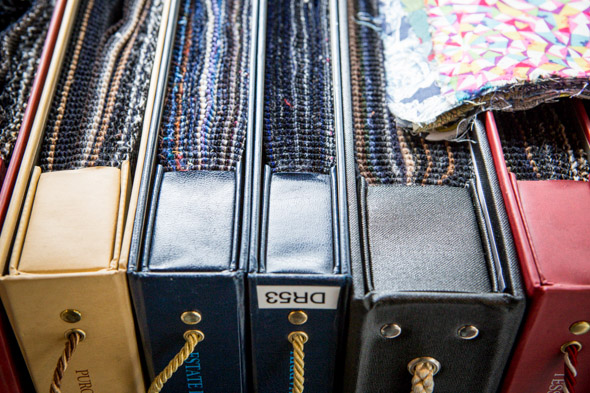 The city's landscape plays a big part in how they dress one man versus another; Tran adds their stylists have divided the city into informal "micro-tribes". For example, he says, "They can tell us, you work on King St. We know you work in advertising. Oftentimes, you're wearing a blazer with jeans. We know what type of conferences you go to, what client meetings you have, what your work environment looks like, what restaurants you go to. And so we dress them according to that lifestyle." 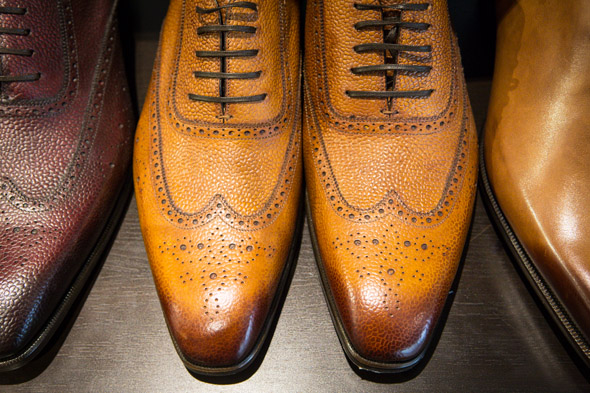 As an example, Tran points to the characters on the TV show Suits , which is shot in Toronto. Are you a Harvey Spector-like alpha male who favours shoulder-broadening peak lapels, a young and hungry Mike Ross (whose suits never overshadow the boss's), or a confident Louis Litt type who's not afraid of subtle checks and punchy ties? (He should know - Garrison Bespoke does all the tailoring for the show.) 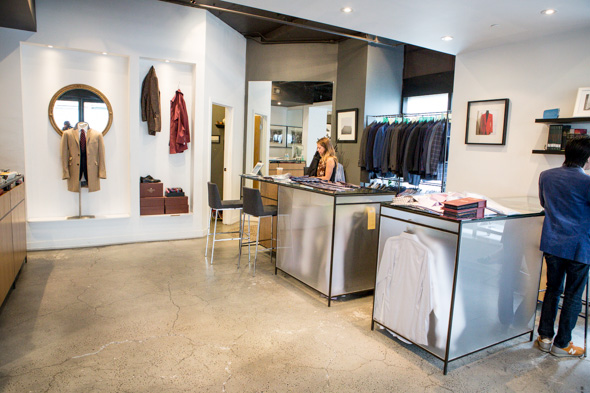 They've also been involved with some other high-profile projects, including creating the team suits for TFC this past summer. "The challenge they brought up was, 'Can we make our team look sharper than Team Italy?'" (For reference, their suits are custom Dolce and Gabbana .) They rose to the challenge with a three-piece suit in a grey check, subtly shot through with red, in a stretchy wool that was not only comfy, but had enough give that the players could even kick the ball around in it. 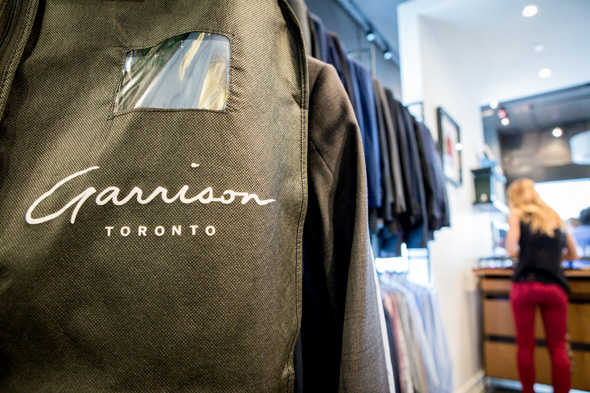 If you, too, want to look about as sharp as an Italian footballer, their basic suits start at $995. "That's perfect for someone starting their career, someone who might be looking at a Hugo Boss or a Z Zegna as a starter suit - or maybe they are buying a discount suit at an outlet." (If you're doing that, he adds, you'd likely pay about $500 for the suit and $200 for alterations - so you might as well go custom.) 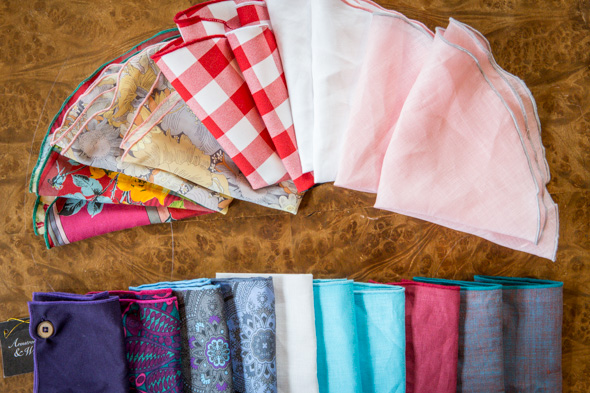 The price tag can go all the way up to $20,000 - for the shop's famous bulletproof suit . If you're just looking for something to liven up an existing suit, Tran says, they offer a small selection of pocket squares, circles (for those who don't want to learn how to fold a square), and ties, as well as some nifty magnetic collar stays ($15). 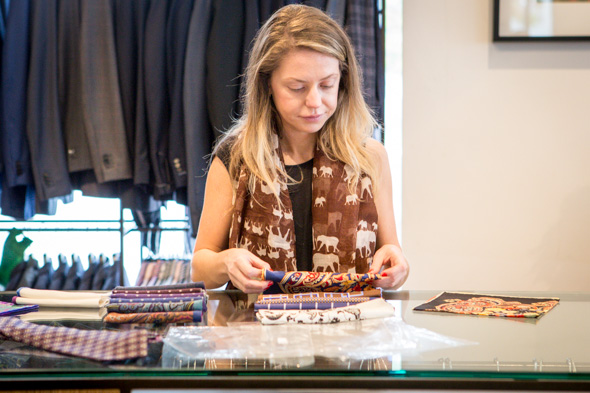 Their latest project: A brand-new satellite shop within the King Edward Hotel, just a block away, created specifically to help grooms get dressed for their wedding day - whether that's a grand tux-worthy affair, a rustic celebration in a country barn, or a destination wedding on a beach. 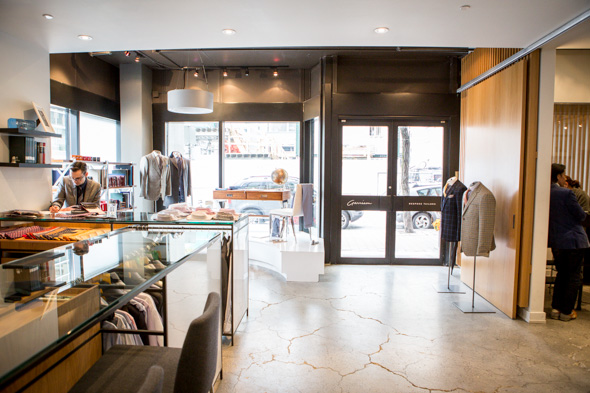 Whether they're getting dressed for a milestone moment or an ordinary workday, a bespoke suit is all about letting men show themselves off, Tran says. "For 10 years, they've been wearing something that was designed for somebody else, and now they have something that's truly reflective of them. They get that extra pep in their step in the morning." 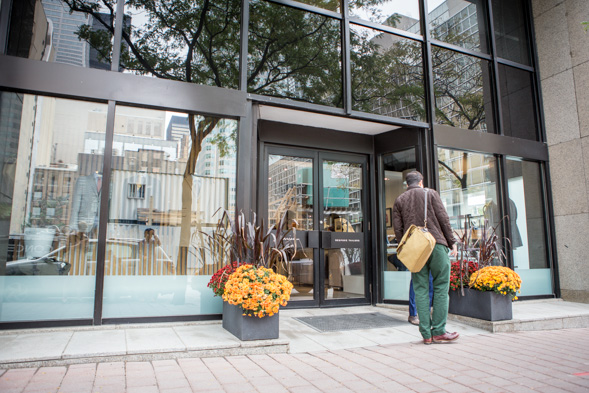 The Best Bespoke Tailors in Toronto