One of Toronto's foremost fashion retailers seems to be scaling back on Bloor.

A brochure was released today with a picture of the Holt Renfrew Men's location at 100 Bloor Street West, indicating the store that recently opened back in 2014 won't be around that location for much longer. 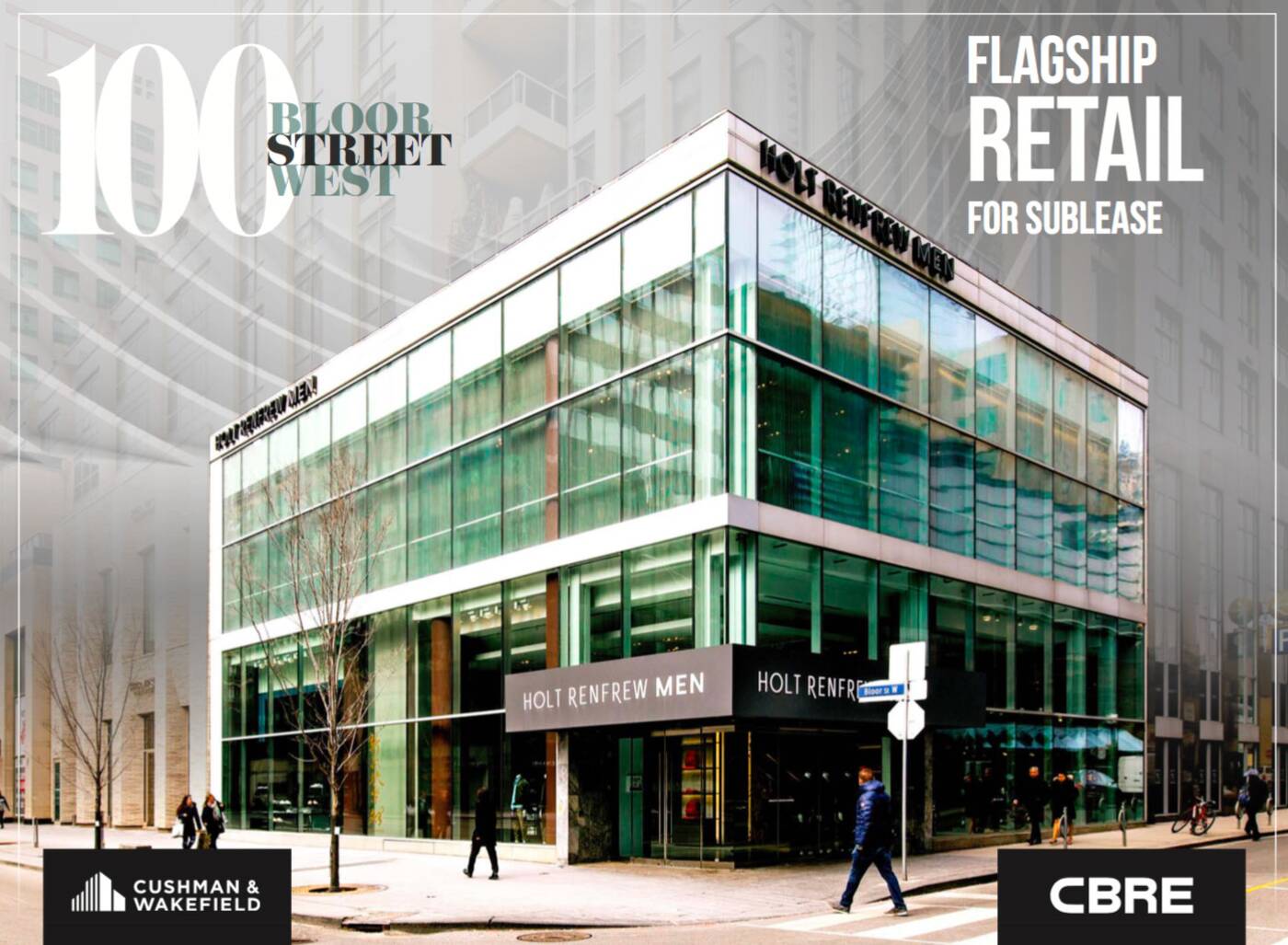 The cover of a brochure listing the address of 100 Bloor St. West, currently home to Holt Renfrew Men, for sublease.

"Extremely rare corner opportunity on Bloor Street. Over 200 feet of wraparound corner exposure," reads the listing which is being represented by leasing agents CBRE, along with Cushman & Wakefield.

A spokesperson from Holt Renfrew confirmed the standalone men’s department is moving back to the Bloor flagship store, but "the timing for th[e] move has not firmly been decided upon."

When reached for comment, a representative from CBRE declined to give further details.

A screenshot of a street view depicting businesses in the area with the Holt Renfrew Men location outlined. Courtesy CBRE and Cushman & Wakefield.

When Holt Renfrew Men first opened in 2014 it was a bold move from the retail giant to separate menswear from its former home a block east on Bloor. The two-level space moved into what was formerly a Roots store and directly across the street from Harry Rosen.

Since the opening, the retail landscape has changed dramatically with the arrival of luxury retailers including Nordstrom and Saks as well as Nordstrom's outlet, Nordstram Rack right down the street at Yonge and Bloor. 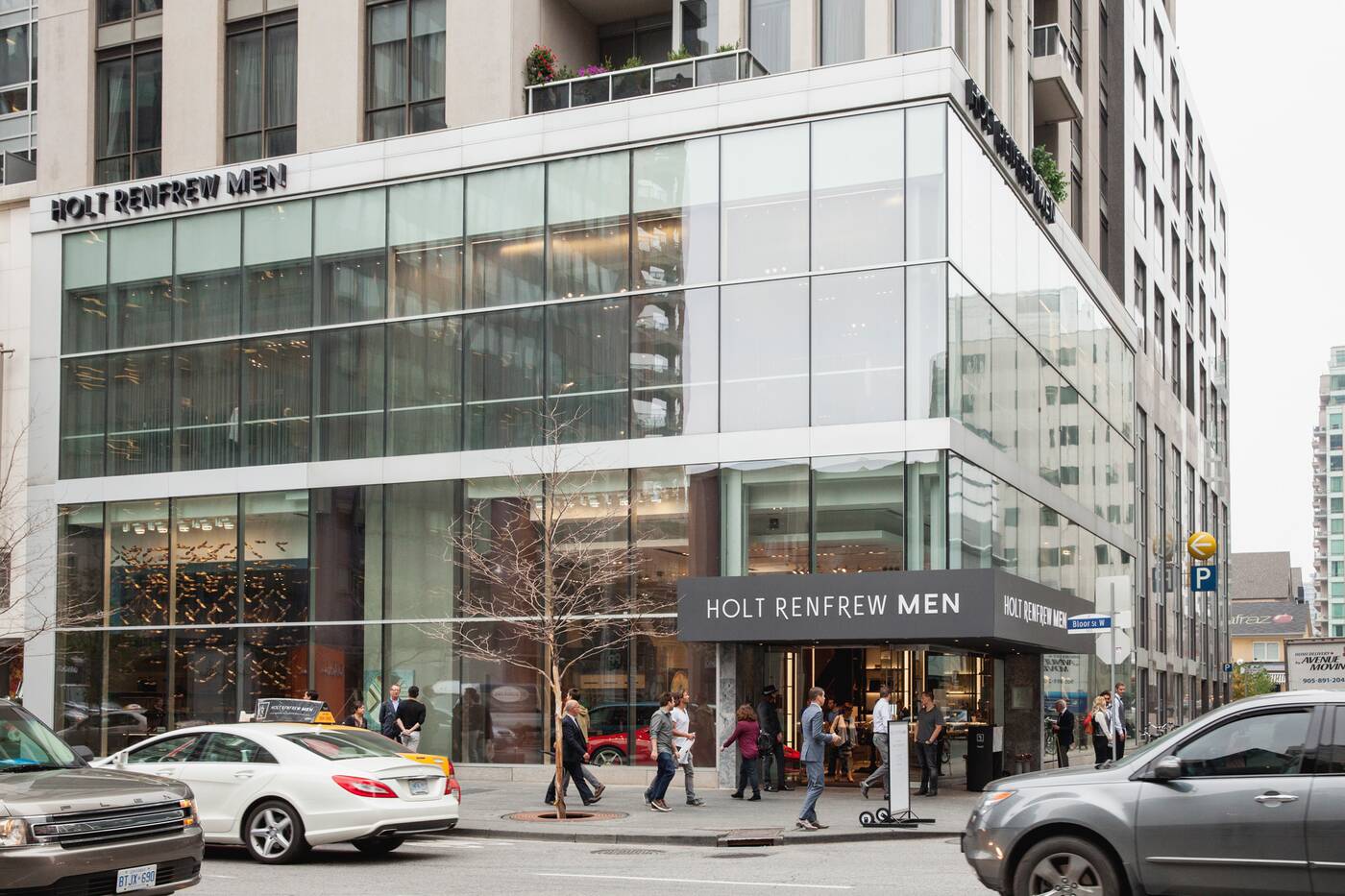 The outside of Holt Renfrew Men on Bloor. Photo by James C Lee.

Last year Holt Renfrew closed down its discount arm, hr2. The retailer is still in the process of renovating its largest Toronto store at 50 Bloor St. West.