Toronto restaurants start to take a stance against fur

Restaurants across Toronto are starting to put up specially-designed signs on their doors to let customers know that they're anti-fur.

Developed by animal rights activist Len Goldberg and designed by graphic artist Louise Jorgensen, the signs have made their way permanently to the front doors of at least 10 vegetarian restaurants around Toronto and London since the beginning of March. 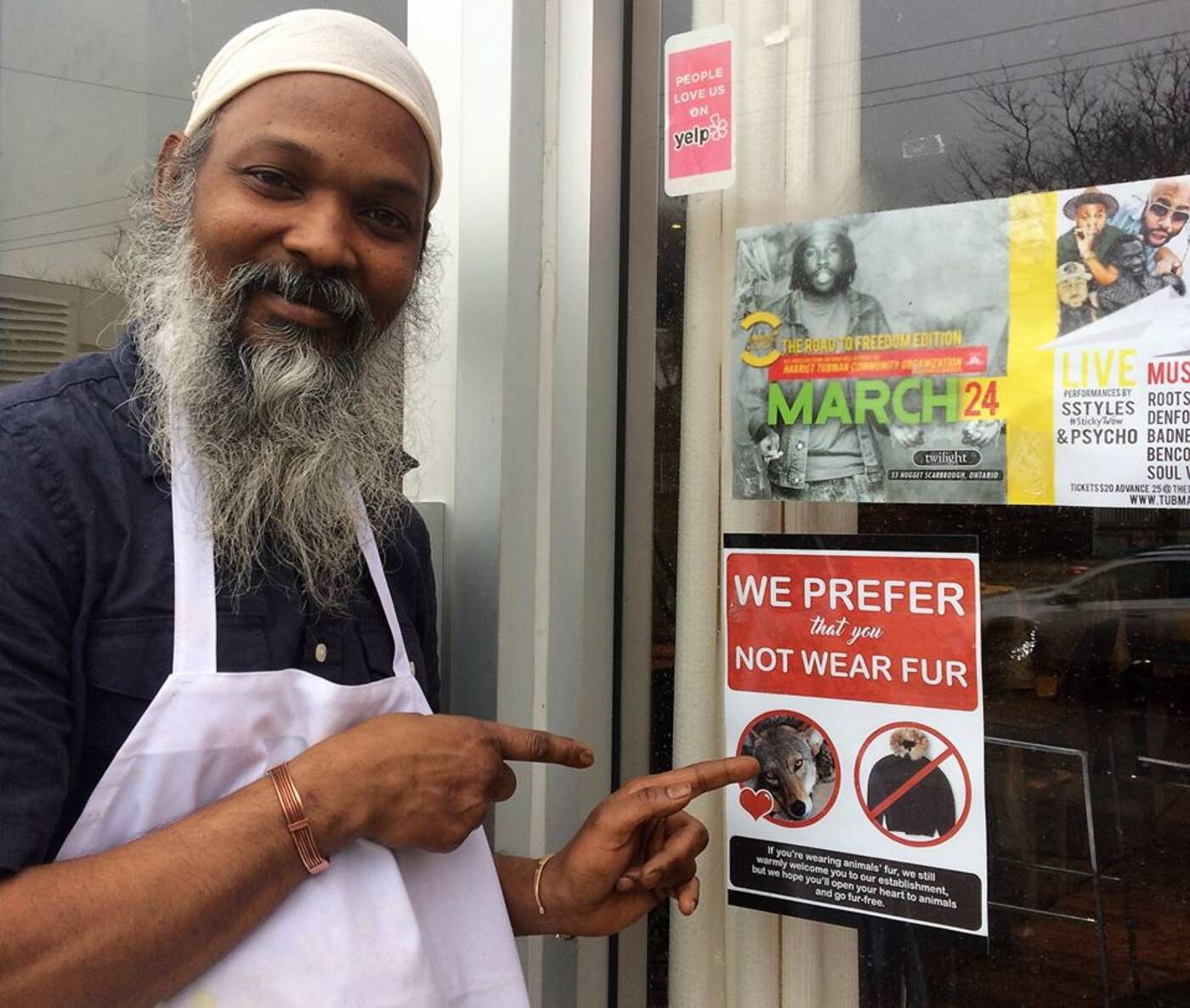 Places like Kensington's vegan Cosmic Treats, V's Caribbean in Mount Dennis, and popular Jamaican joint Ital Vital in Scarborough have all adopted the campaign, which is conducted through Animal Rights Toronto.

The sign, which depicts a coyote and a winter parka with a fur-lined hoodie, says, "We prefer that you not wear fur."

In smaller print below, it adds, "If you're wearing animals' fur, we still warmly welcome you to our establishment, but we hope you'll open your heart to animals and go fur-free."

The project has spread mostly online through the support of web campaigners who have encouraged local businesses to join the movement.

Vegetarian and veg-friendly restaurants interested in taking part of the campaign first contact Len, who then sends them a copy of the poster and an adhesive frame. The signs can also be translated and delivered in any language. 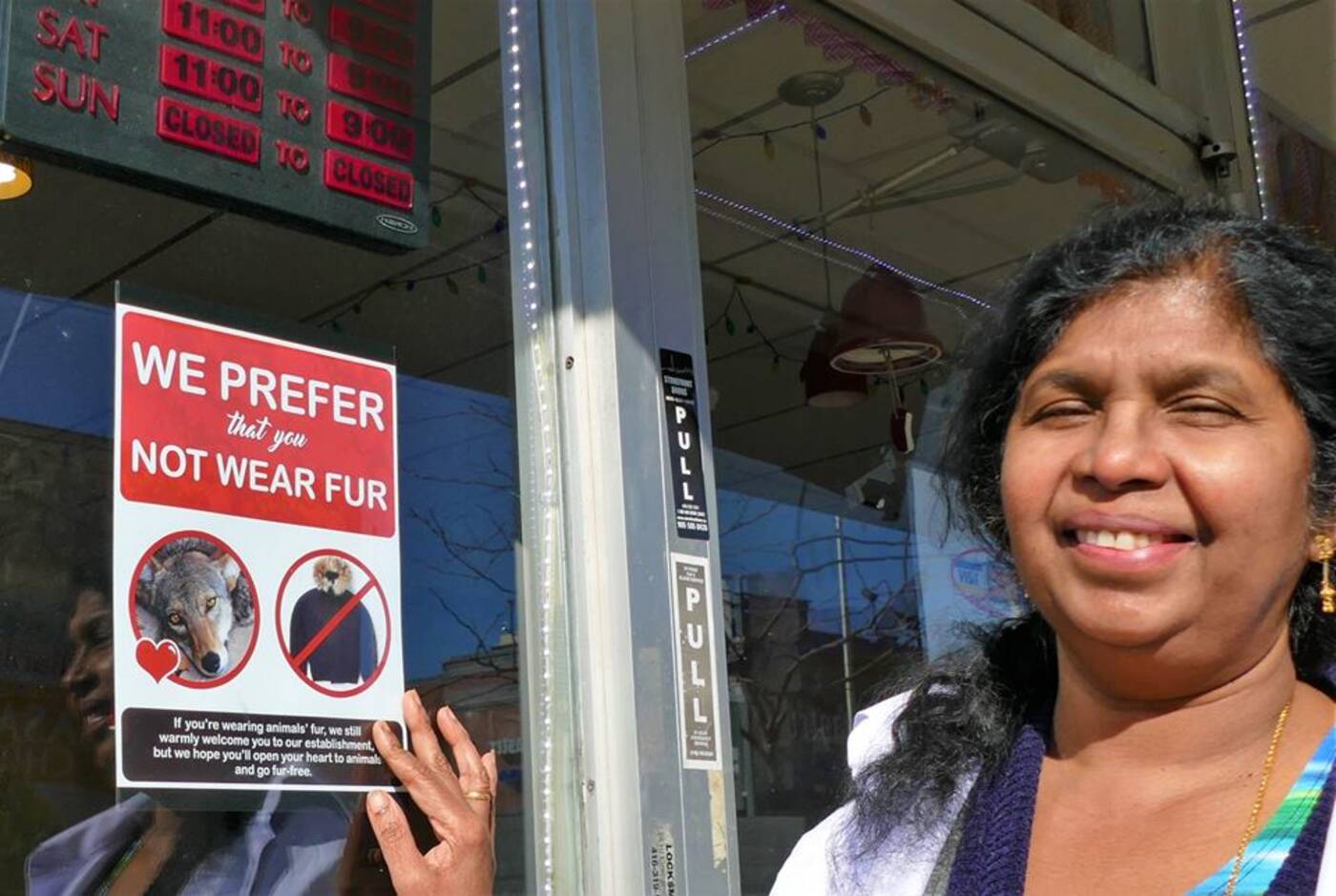 Dosa Mahal is receiving support from patrons for their anti-fur sign. Photo via Len Goldberg.

Participating restaurants like Dosa Mahal in Bloordale have so far received nothing but support for their strong anti-fur stance from patrons online.

Brenna Angel commented via Facebook, "Thank you, for not only serving great food, but for sticking up for animals! I love that No-Fur sign on your door! More establishments need to operate with this level of compassion."

According to Elliot Alexander, the co-owner of Cosmic Treats, the language of the poster is neutral while still getting its point across.

"[It] really lets everyone know that everyone is welcome in our restaurant," he says in a video conversation with Len Goldberg, "Also making them cognizant of the fact that their fashion choices can involve the suffering of an animal."