The black-clad building at 556 Yonge St. that long housed Freeman Formalwear has been demolished in the wake of a three-alarm fire that consumed it overnight on February 27.

Yonge St. remained closed yesterday afternoon as crews smashed through the fire-ravaged building, revealing a tangled mess of wood and brick that hinted at how long it stood in this location.

A post shared by Anna Jozwiak Photography (@annajozwiakphotography) on Mar 1, 2018 at 8:57am PST

The local tuxedo institution had vacated the space last year, but given the decades it spent at the address, it's hard to think of the building in any other context. For so long, Freeman brought a touch of class to this stretch of the street, both before and after the seedy 1970s.

At one point, the entire Freeman operation was housed in this building. Suits were cleaned and pressed in the basement and a dizzying array of sizes were catalogued on the second and third floors, where there was also a small office area near the front. 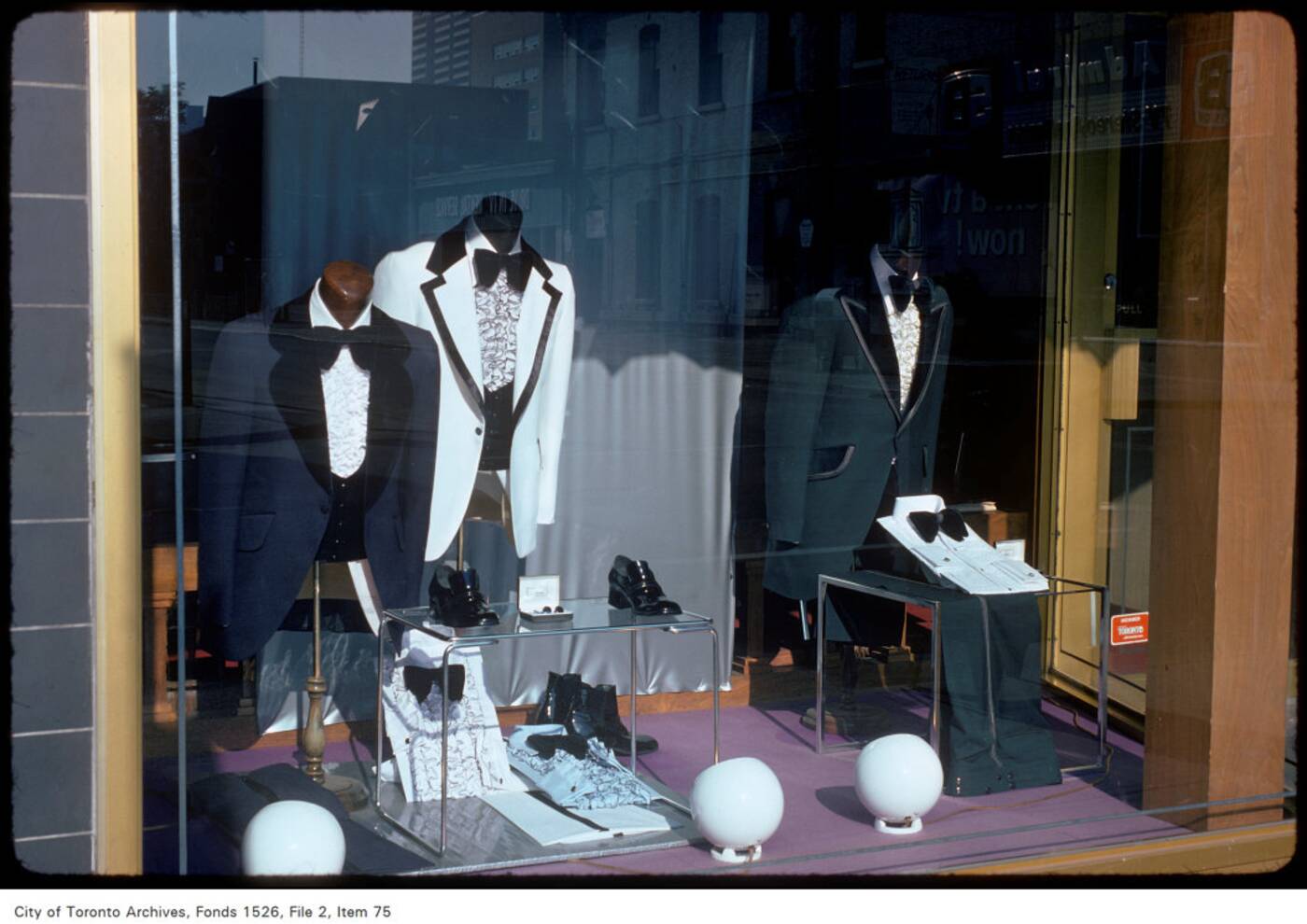 The window display at Freeman Formalwear in 1975. Photo via the Toronto Archives.

It was a throwback to Yonge Street's roots, when family businesses were the backbone of what was the city's busiest retail corridor. Prior to the company's departure last year, you could still track the slow transformation of men's fashions through the front display window. 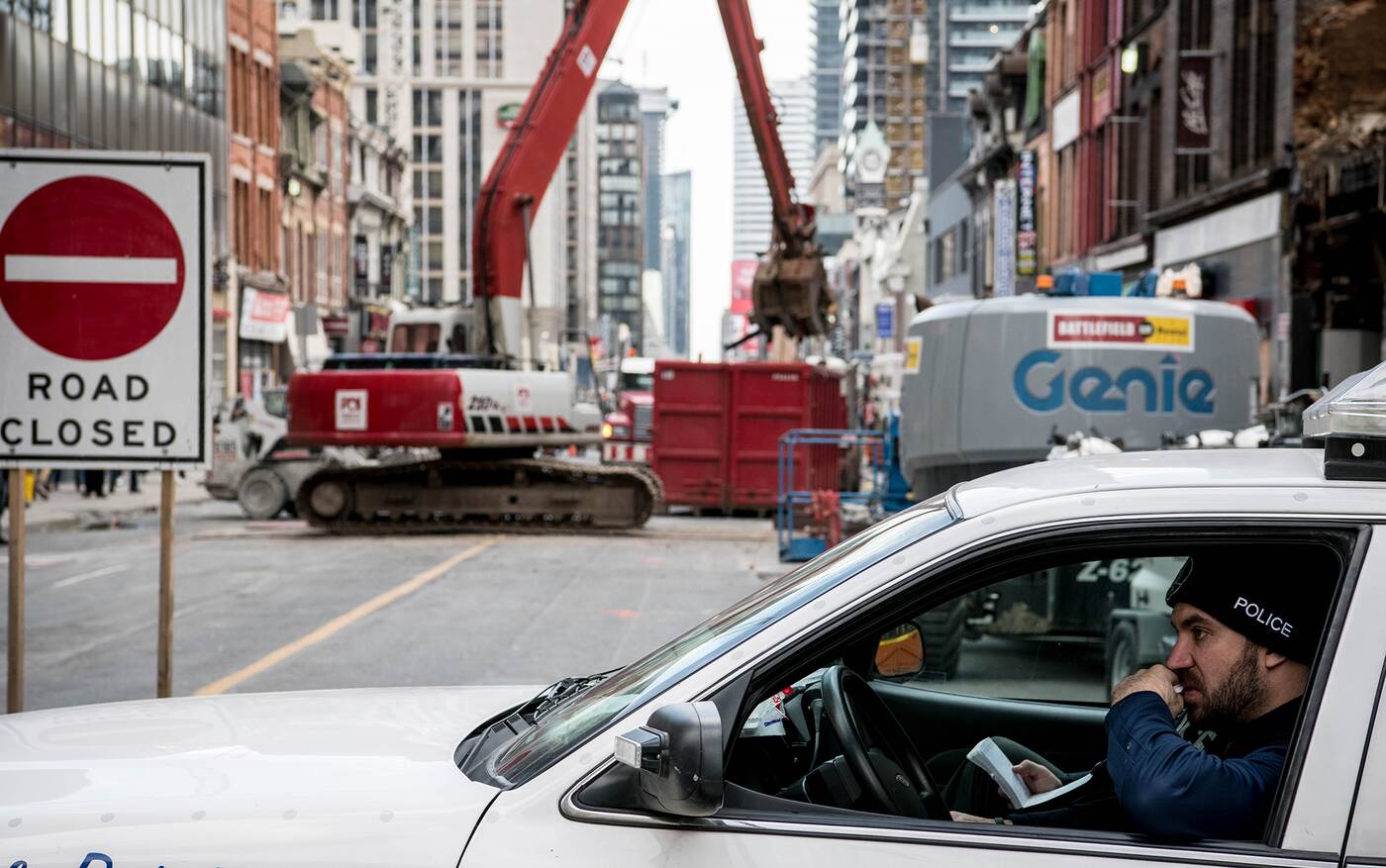 When I worked at the shop during my graduate school days, it was surrounded by used book and record stores, sex shops, and labyrinth-like discount retailers that added to the general hodgepodge of Lower Yonge.

Back then, the showroom was adorned with plush red carpeting, tinted mirrors, and gold finishes on the display cabinets. The front door seemed like a portal to a different time and place. Alas, there are few shops on the strip that offer a unique retail experience these days. 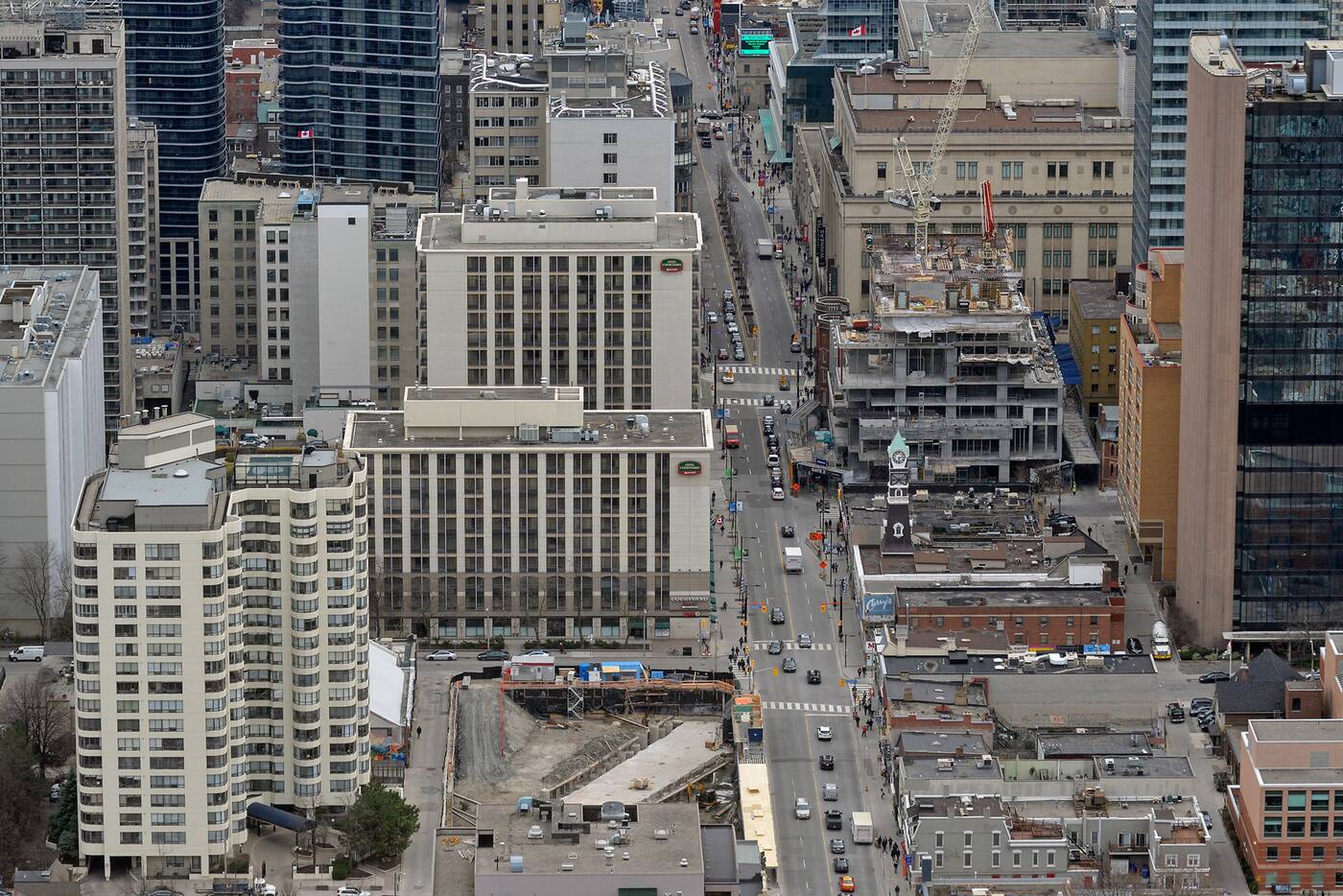 Looking down on Yonge St. south of Wellesley in 2017, the site of multiple condo construction projects. Photo by Derek Flack.

Now, the area is more like a giant construction zone, as a slew of condo towers steadily transform the streetscape. There's little doubt that the building would have eventually been swallowed by a development given its proximity to Yonge and Wellesley, but it's still sad to see it go out this way.

And yet there's something completely fitting about the obvious hole it will leave on the block. For the visually inclined, it can't help but serve as a metaphor for the manner in which the old heart of Yonge has been ripped out by the unrelenting march of progress — for better or worse.