Five things about the unScripted fundraiser plus photos

Friday night's unScripted: Opening Night, The Canadian Stage fundraiser in support of the company's initiatives to bring contemporary theatre to new audiences, is a clear example that we're not done trying to make a silent auction exciting or prove who gives better gala. Set to the seedy underbelly of backstage life in the roaring '20s, One King West played host to the contemporary company's six live performance installation spaces - curated by the country's top design talent and supporters of the thespian arts - aimed to reflect the layers of anticipation over a show's big "opening night."

Aside from the retro-inspired Candy Bar (literally, an eat-your-weight-in-sugar bar of sweets from the era), here's what you missed: 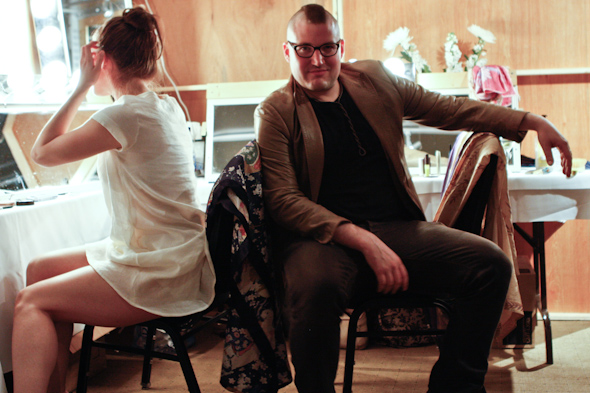 1. Evan Biddell's return to Toronto - or something like it. After months regrouping on his native West coast, and out of the spotlight, Biddell made a splashy return to the city's social scene in his first official act of business. He curated 'The Dressing Room,' an installation that saw actresses improvising in their undies before curtain call. Events in which models don't make you feel worse about yourself? Win.

2. Make your own flipbooks in The Dress Rehearsal Room. 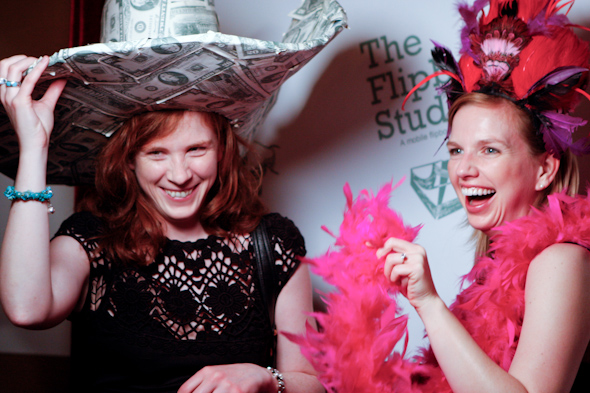 Photo booths are so last TIFF - or reserved only for the 905-ers who now frequent the Drake. A collaboration between Canadian drama heavyweights Weyni Mengesha and Charles Officer (they both worked on Da Kink In My Hair), it's refreshing to dress up in dollar bill hats and feather boas for a keepsake that no street style photographer can offer you. There is, however, a five-drink minimum to get me to ever do this.

3. Sisters doin' it for themselves. Socialite worship is a dying faith. Female fashion photographers - or any girl working hard for her money - now stand in waiting at the foot of the altar, equally worthy of a best dressed nod. Case in point: Natalie Castellino in vintage Versace and Angela Y. Martin in a custom headpiece from local milliner Nicole McInnis, perfectly apropos for the night.

4. The Music Room. Nothing sets the mood like a serial killer's homage to the stars of yesteryear. Curated by RAPCITY reboot host Tyrone 'T-RexXx' Edwards (but designed by someone else), splattered Beastie Boys and Elvis Presley records confuse the theme of this whole thing, but a maze element makes it worth getting lost for a minute.

5. "Celeb" doppelgangers. Because Elisha Cuthbert was too busy trying to actually become a Hollywood mainstay, there was no, um, noteworthy talent from Hollywood North or otherwise here. Instead, we feasted on (sort-of) look-a-likes. Twitter somebody Brock McLaughlin played the role of Twilight-er Robert Pattinson (right) and private citizen Vish Patel filled in for Aziz Ansari.

And here's all the other fun and faces worth noting: 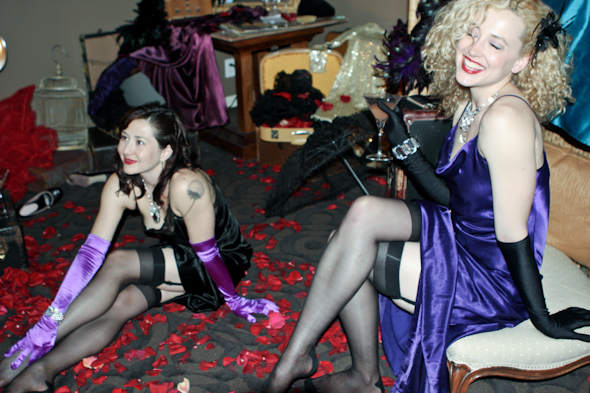 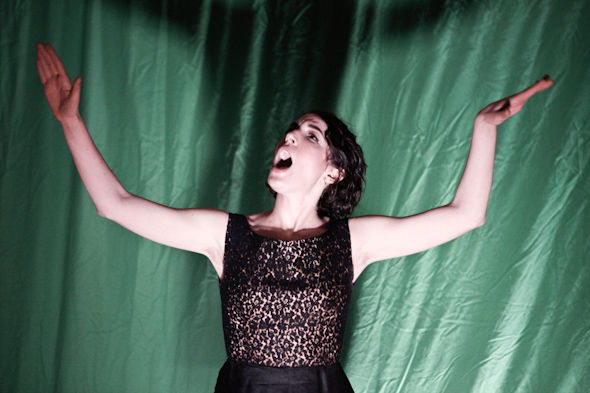 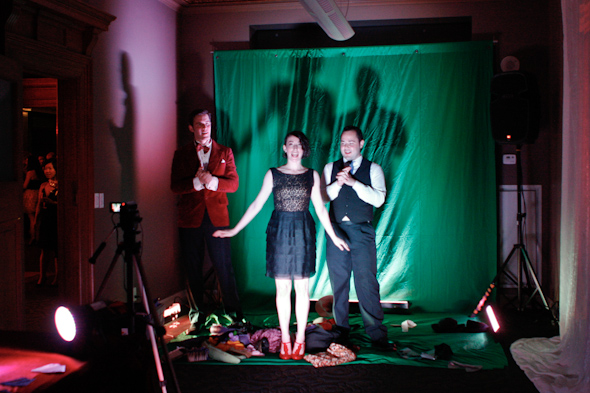 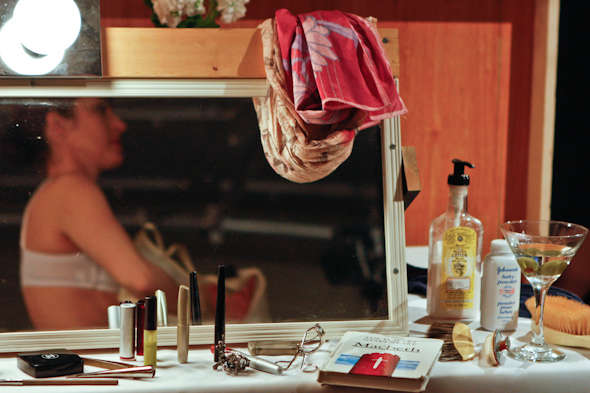 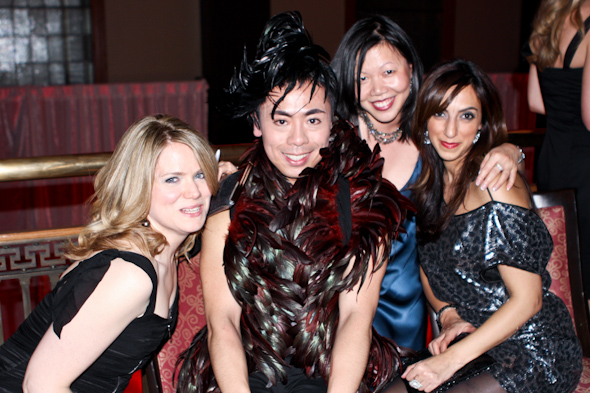 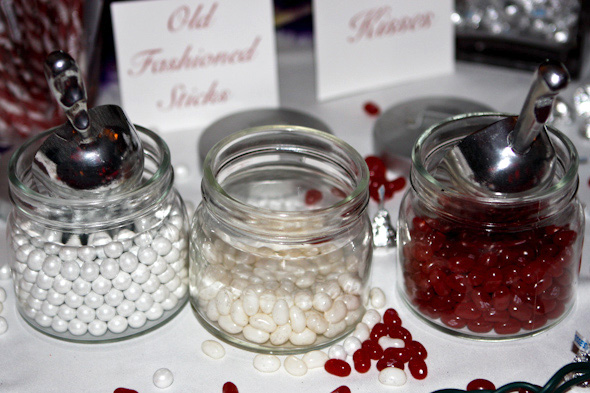 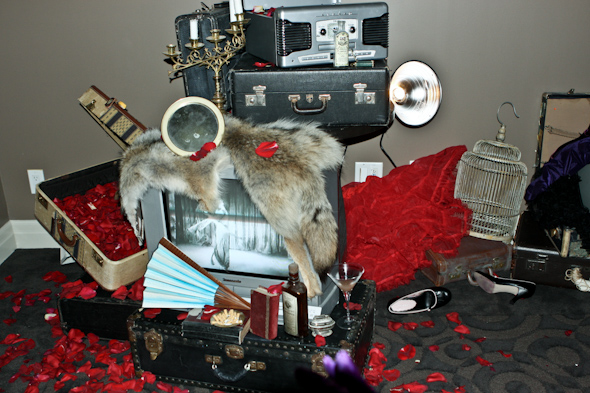 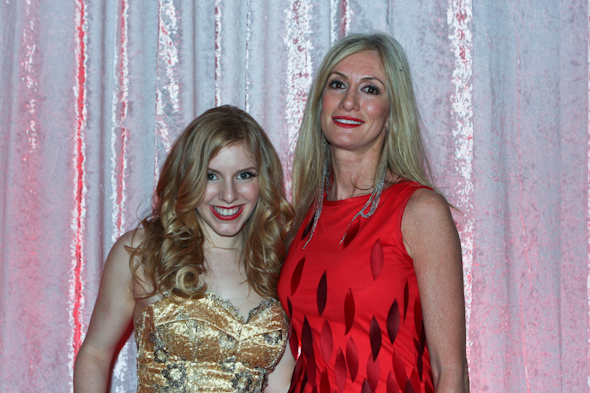 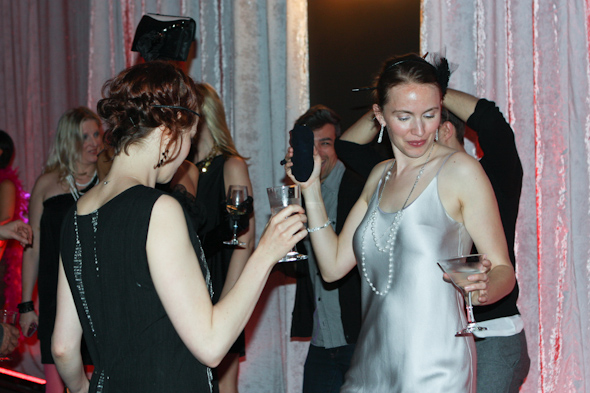