Evan Biddell teamed up with The Refinery's Cher Thornton on an amazing collection of reworked vintage that was straight-up rocked down the runway by Biddell's friends to the roaring delight of all assembled.

Fashion shows can be a dour affair, but Biddell chose a model line-up of characters that brought his upcycled creations to delicious life. And the clothes themselves were fresh, fashion-forward, and had just enough Biddell flavour to keep potential buyers coveting hard. 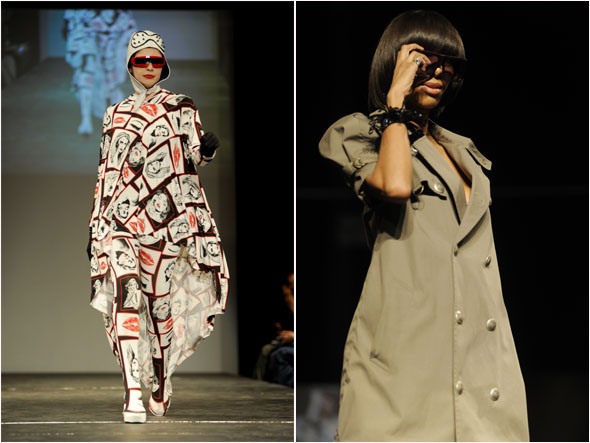 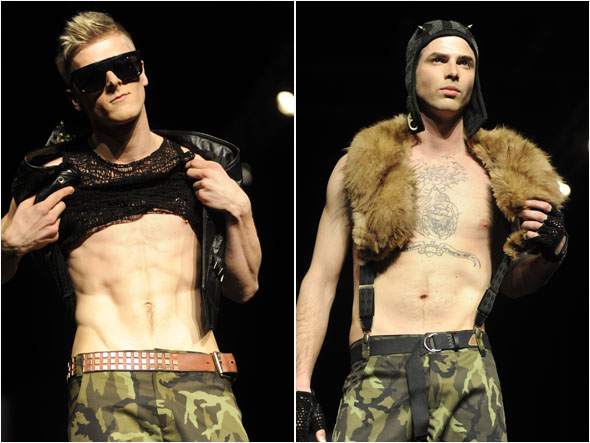 Pastel Supernova of the recently defunct Fritz Helder and the Phantoms started off the show in a gorgeous gold ruched discotastic dress, followed by Isis of the recently defunct Thunderheist in a pair of leather shorts and matching fringed aviator cap, and Eye Weekly's Sarah Nicole Prickett clad in an excellently tailored sleeveless trench. The beautiful outerwear continued on Franke designer Kendra Francis in a trapeze trench with the most adorable tied short sleeves.

Biddell's trademark cartoonish patterns and future-punk sex-robot silhouettes were still in effect in the over-the-shoe leggings and slick hood worn by style maven Gail McInnes (who snapped a pic with yours truly, mid-runway stomp). Vintage 69's Kealan Sullivan was one of the fiercest in her pirate-inspired sixties-sass get-up of headscarf, bikini, and long black-and-white striped top. 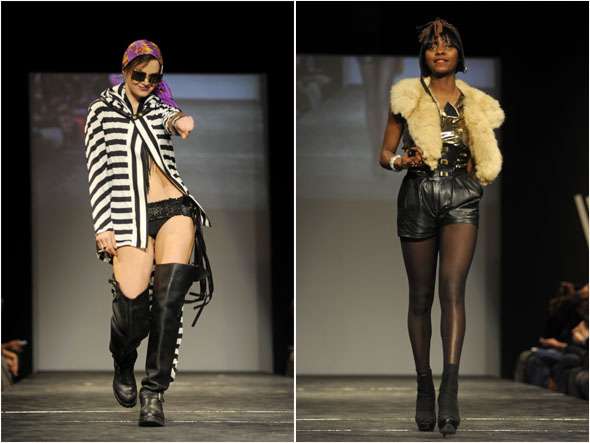 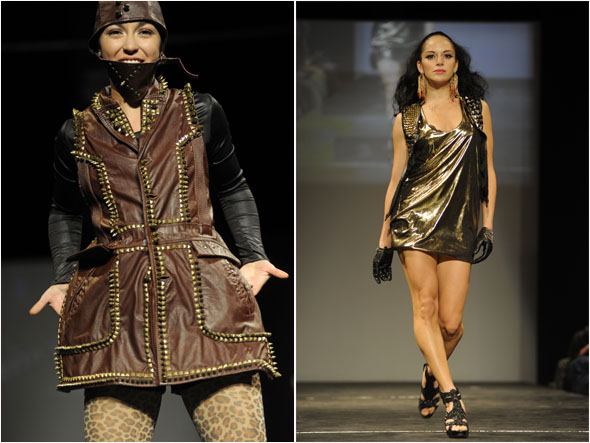 The menfolk got Biddell-zzled, too: Biddell's very own paramour Colton Rice strutted some army pants and a mesh shirt (in case we couldn't see enough, he showed the crowd his ridiculous, ridiculous abs), while the sinfully hot MuchMusic VJ Jesse Giddings went shirtless aussi, donning only suspenders and his own pair of army pants. 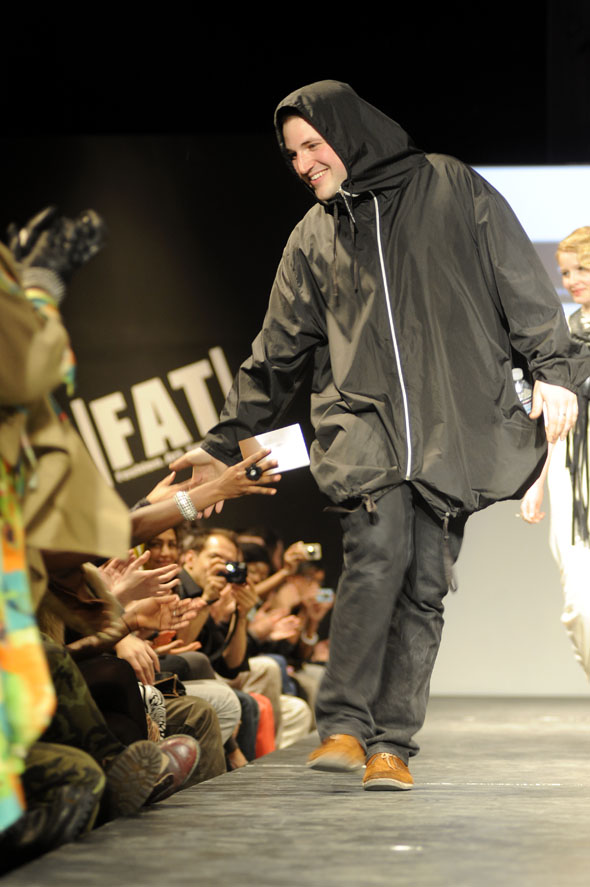 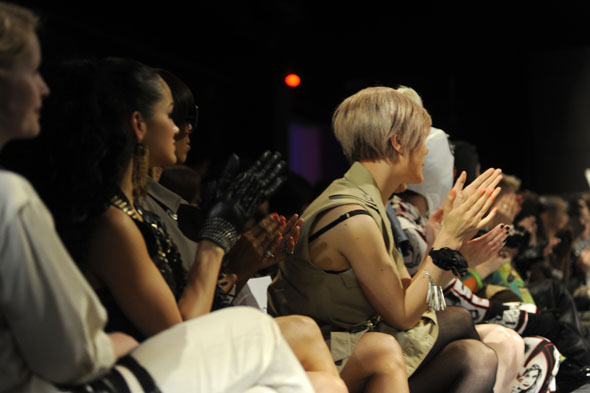 Everyone was laughing and clapping and screaming and grinning and cheering for the models, who were bopping and bobbing down the catwalk with real personality and verve--and, in musician Maylee Todd's case, cartwheels. It made fashion feel fun and alive, and I freaking loved it.