Breeyn McCarney had all the trappings for a great first-time fashion show: beautiful venue, high-profile attendees, and cool music. It's a pity the clothes didn't exactly live up to the show itself, but the presence of a few great pieces show promise for seasons -- and shows -- to come.

McCarney also gets bonus points for cohesiveness--as fellow fashion blogger Danielle Meder of Final Fashion pointed out, newbie designers can often be all over the place, but McCarney's small collection definitely felt all of a piece. The palette was pale pastels and wintry neutrals, and the silhouettes were relatively similar. 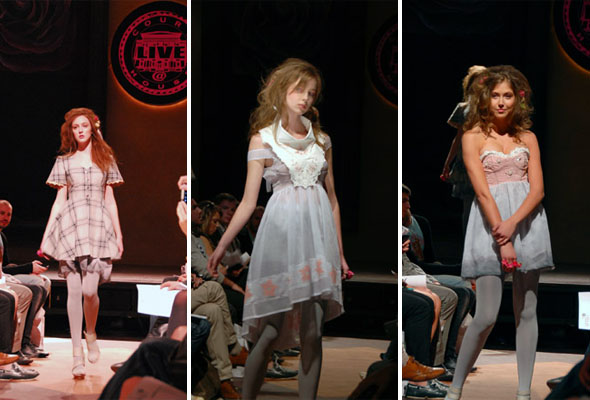 I wasn't a big fan of much of the collection -- it felt like a mash-up between early nineties pastel plaid, cotton bustiers, and angora shawls, and fairy-style prom dresses. 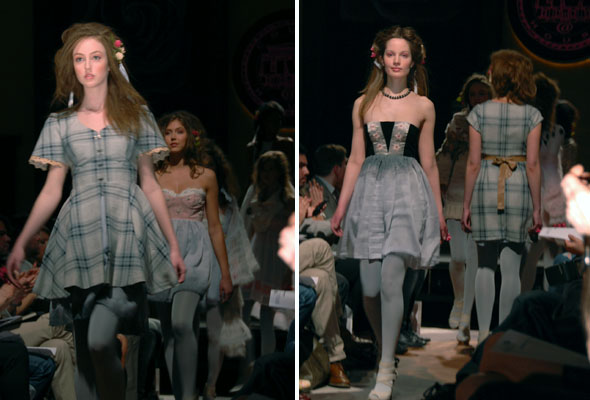 The pieces that were more successful, I thought, were the ones that played with shape and detailing. One slinky dress stood out with sharp shoulders and an eye-catching cable-knit photo-print. Then there was the dress with the long, black, beaded strings dripping down from the bosom. Another fan favourite was the sweater with star-shaped cut-outs. 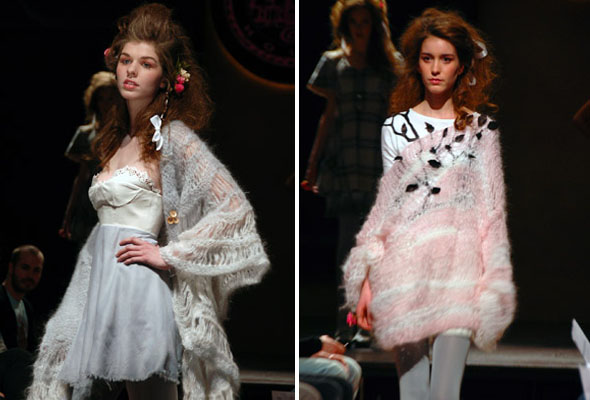 These pieces took the collection up a level, elevating it above the teenybopper gowns floated down the runway for much of the show. These are the pieces that I could see being sought by buyers because -- let's face it -- who's going to purchase the other dresses? They're stranded in the no-man's-land between prom dresses and frocks suitable for the fashionable twenty-/thirty-something set.

But McCarney had a more accomplished first outing than most (prom-like pieces notwithstanding) -- I'm interested to see what she shows us with her second. 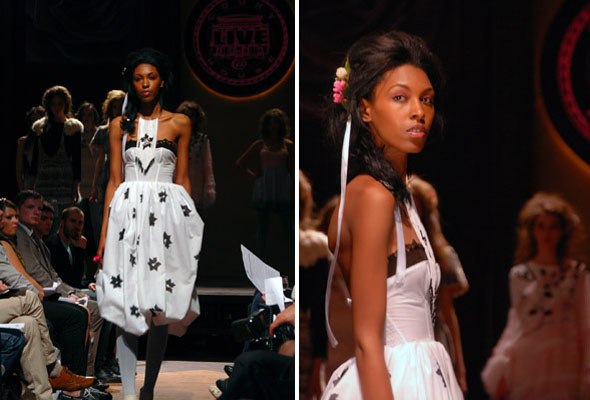 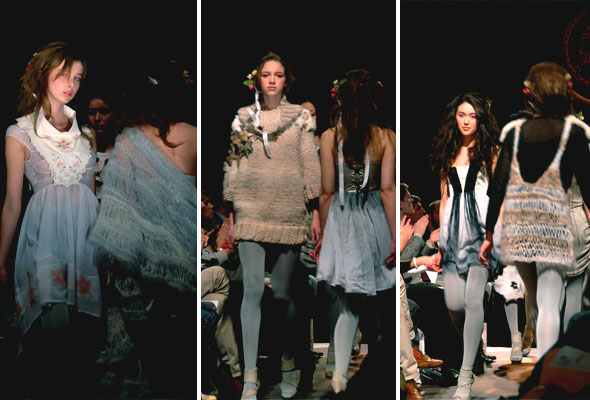 There's a huge Crocs warehouse sale near Toronto this weekend