Ted's is a sore thumb in Koreatown . The Yorkville-worthy window display beckoned me from the sidewalk with antique props and crisp shirts, and I stepped into the tidy and immaculate space. Petrash offered me genuine welcome, and an espresso. With Sambucca. So far, so good. I began to wonder if the criticism regarding his customer service style was actually unfair, or if, at least, it had scared him straight. Just then, however, a woman entered during our coffee-sipping and chatting, and began inspecting items in the window display. Petrash snottily and too-loudly informed her that "everything there is elsewhere in the shop" (read: don't touch). The customer sheepishly exited. OK, maybe not. 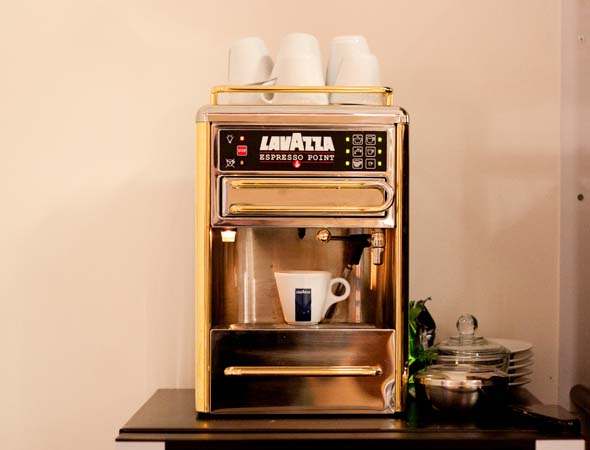 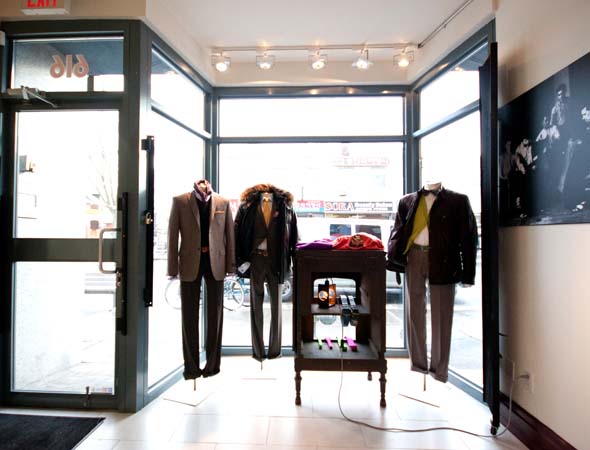 Petrash toured me through the store, which, he tells me, does over half of its business in made-to-measure - a service that has kept the store busy in its first few months. A large portion of his clients are Western Canadian doctors, thanks to his retired Alberta-based father's remote role in the business. A bespoke suit is ready to be shipped Westward, in fact, and I get a peek. The tailoring is gorgeous. The awaiting MD's name is stitched inside the lapel. I quite love this detail, and it conjures up memories writing my name on face cloths and underwear in preparation for Brownie camp. This is the grown-up version. "The bespoke suits are handmade here," he says, by which I take to mean that they are made in Canada. But "here" literally means in-store. 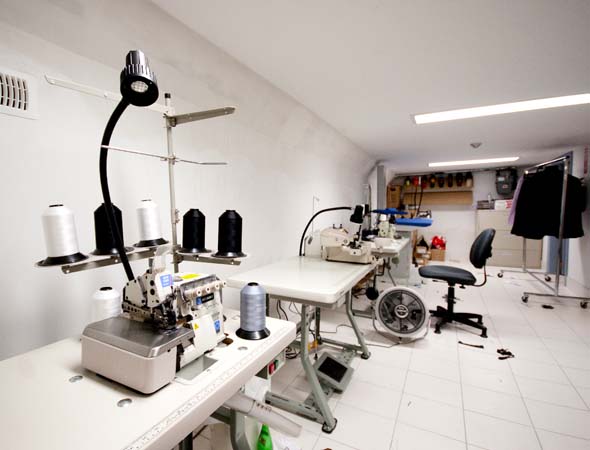 Complimenting custom, are off-the-rack Egyptian cotton shirts by Swedish brand Stenstrom's, German-made leather parkas by Milestone, and Ivory (by Incotex) bottoms. These pants, part of Incotex's more affordable line, are the best of the store's offerings. Classic wool flannel and cotton twill fabrics get slight modern adjustments and expertly-tailored finishes resulting in a pant that seamlessly bridges the casual/dressy divide in menswear bottoms. Petrash doesn't think much of denim (and curiously dismisses the shop's small representation of it). With pants like these in his midst, I can blame him. Chocolate stretch cords with a smooth bemberg stretch lining ($275) are like the guy-equivalent to my Yoga Jeans - pants so comfy, you could work out in them. They're so well-made, Petrash informs me, that "you can kick the shit outta them." 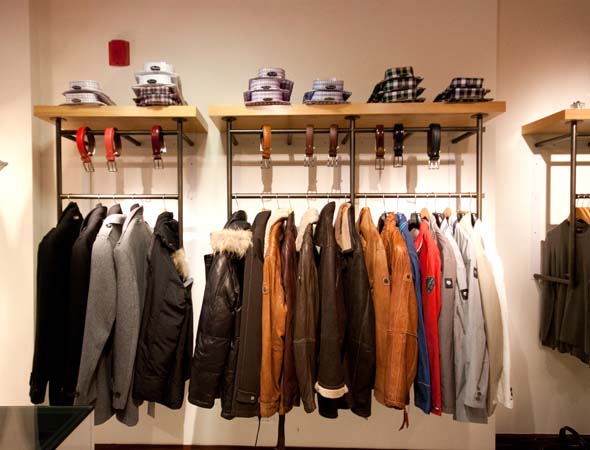 Japanese-designed Canadian-made leather belts ($110) are coiled above racks of suiting, and come in unexpected colours like tomato-red, lime and rust. "They're sick as fuck," he insists. "I can't believe how cheap I'm selling them for!" It's relative, of course. While I don't necessarily share his enthusiasm for the belts, I visibly swooned over Stenstrom's cashmere knits with contrasting elbow patches. Combos like fuchsia and Tiffany blue take them from "hot professor" to just "hot".

For spring, Ted's already has some teasers to peruse, including samples of some lightweight outerwear options in the Milestone collection. The shop will also carry Italian brand Zal Pieri, including LAB, the line's more youthful collection.

I sifted through the he-said/she-said and blog backlash prior to my visit, but tried to remain neutral. While impressed by the craftsmanship and Petrash's fashion savvy, I can't help but think that he may still need to work on his customer service. Beyond the pomp, there is something likeable about him, though. Just don't touch the window display, and you might see it too. 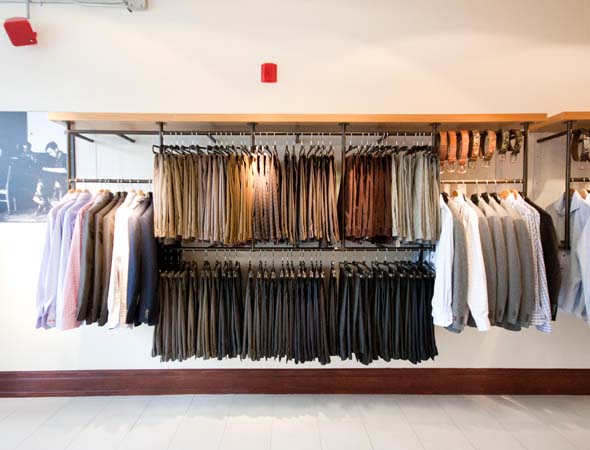 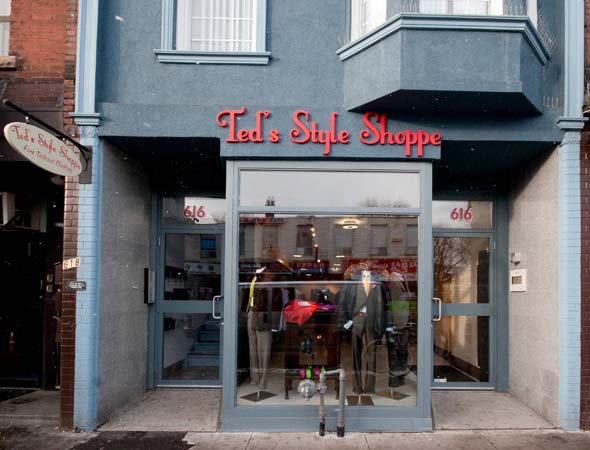