Stussy has moved from its inaugural Toronto home at Richmond and Spadina to an airy space at the foot of Ossington on Queen. It's a big move for the local chapter of the international streetwear brand, which used to operate out of a somewhat-elusive second-storey spot. 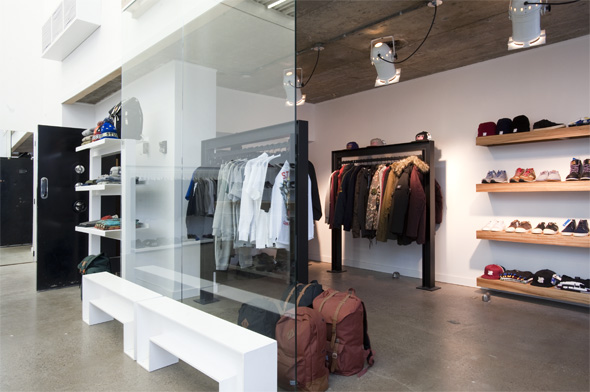 Now Stussy is out in the open and definitely hard to miss. Formerly the home of Worldsew Fabrics, the space at 1000 Queen West has received a major overhaul, complete with refinished floors, huge new windows, and the removal of the second floor mezzanine. 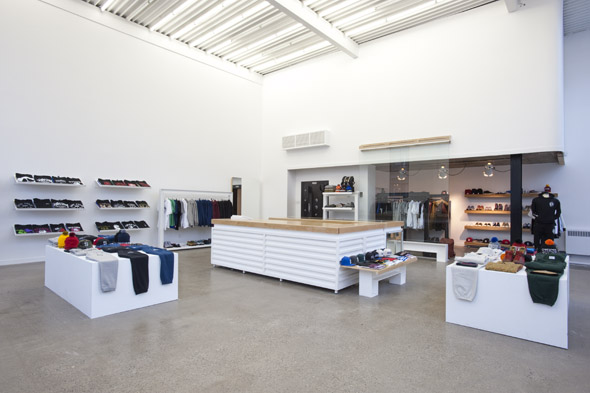 "It actually was a bank, a long time ago," says store manager Matt, who invites me to try to swing shut the beast of a vault door guarding the change room entrance. Predictably, I struggle. Matt says the move to this location was prompted by the sale of their former building, which Stussy Toronto occupied back in 2008. 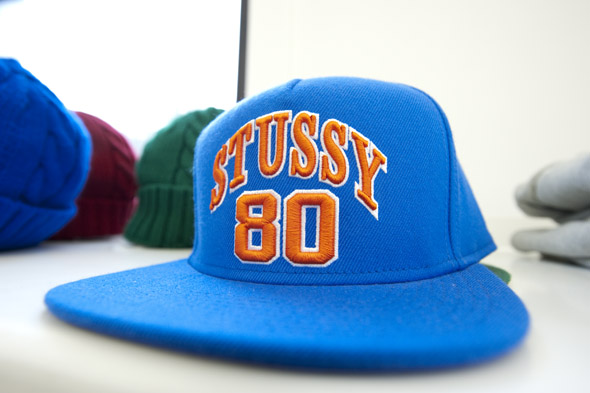 The brand itself got its start in California back in 1980, beginning as a surf and skatewear label and eventually adopting a more "urban" vibe. Stussy has grown to land in more than 15 cities across the globe, including this Toronto store and another Canadian shop out in Vancouver. 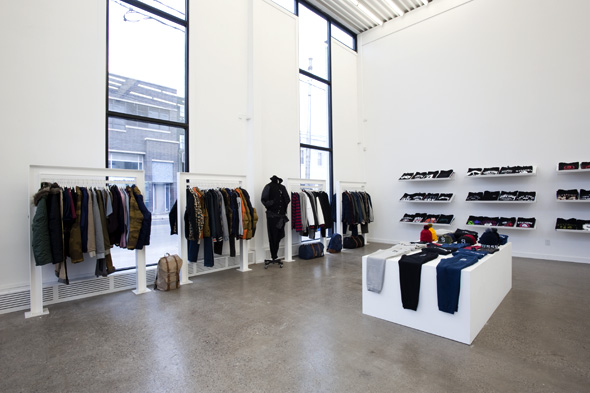 Matt says the move coincides with a few new partnerships, as well as the unveiling of a new limited-edition "Screwface" line created in collaboration with Maiden Noir . True to its name, Screwface includes snapbacks ($35), pullovers ($60), and hoodies ($70) boasting yellow unhappy faces with crossed screws through its sides. No ambiguity there. 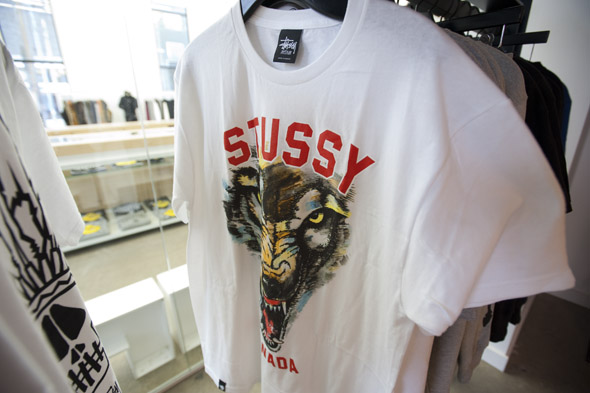 "We did this specifically for the opening," Matt says, as he explains more about the line. "It's a take on Toronto attitudes — how some people walk around with those looks on their faces, until you get to know them." 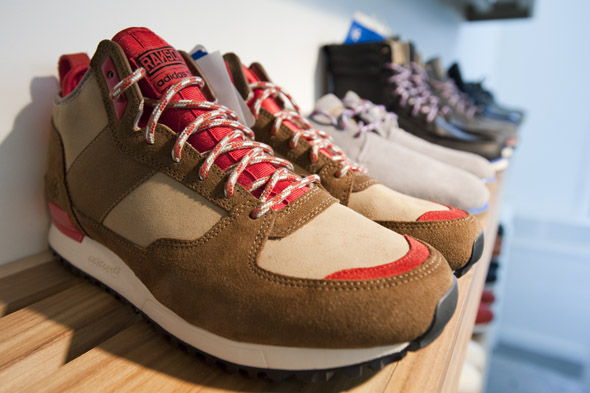 The shop will continue to collaborate with brands such as Undefeated and Herschel , adding New Balance and Penfield to its roster and, of course, Stussy Canada exclusives, which are not available on its website. 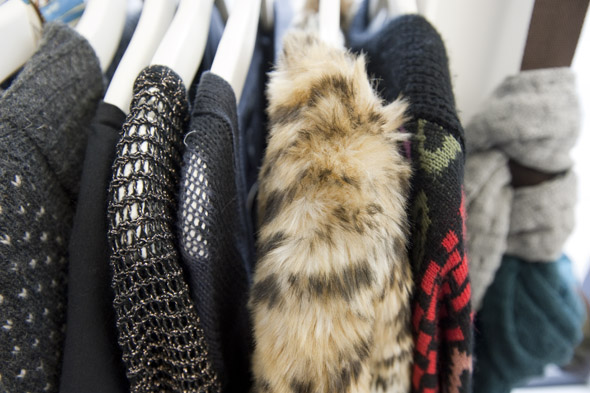 It's mostly men's clothes, still, with a spattering of women's picks, but the style is unabashedly streetwear urban. The flair doesn't exactly jive with the vintage-loving, Jonathan + Olivia -esque character of Ossington Avenue , but it's nice to see something different break up the relative homogeny. Though something tells me Stussy won't be sharing customers with I Miss You a little further north. 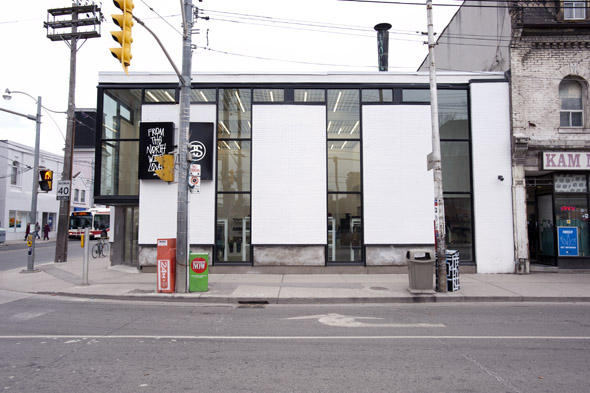