Squint Eyewear is making inroads into midtown Toronto after a decade of supplying Oakville residents with fashion-forward, high-end eyewear. The second store in the Squint family is now occupying what was once Secrets From Your Sister's third location, a few blocks away from Yonge and Eglinton.

Optician Amin Mamdani, the man behind Squint, says branching out into the Big Smoke wasn't necessarily always in the cards, but the area seemed to be a natural fit. "I found the neighbourhood has a lot of similarities to the Oakville neighbourhood - young families, professionals," he says. "I've been here for only four days and can already see a lot of similarities between the two. I think it's a great location, and we've had a great response." 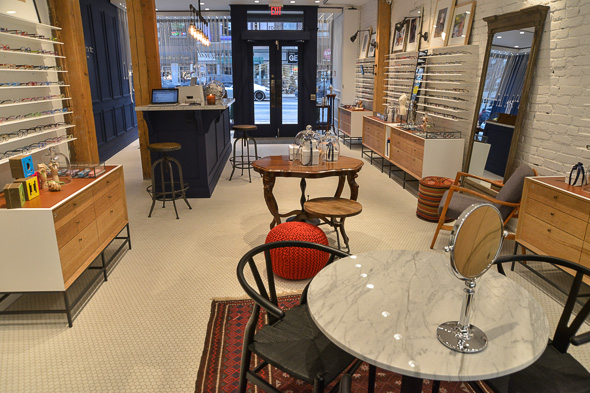 Inside, shoppers will find open shelves of eye-grabbing frames by companies from all over the world. "We try to find glasses that are not for the masses," Mamdani says, adding many of their offerings can't be found anywhere else in that particular corner of the city. Their roster of artisanal eyewear companies includes brands like Oliver Peoples, Cartier, Mykita and Lindberg; the Squint buying team heads to European eyewear trade shows twice a year to select new styles. Frames start at $275, with most in the $350-$400 range; lenses are extra depending on your prescription. 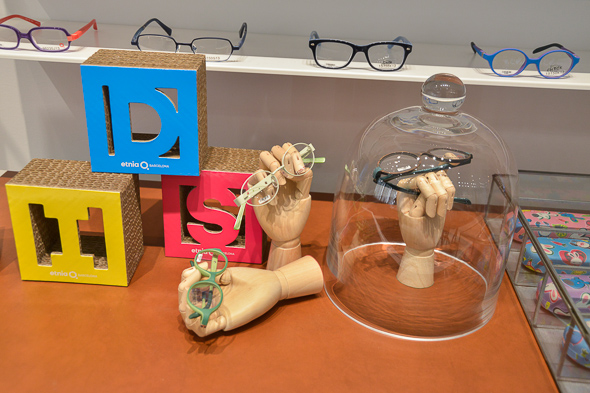 True to their desire to cater to young families, Squint also carries a selection of kids' frames - many from the same companies as the adult models. "It's important for me to have kids wearing the right eyewear, or select eyewear that is fun, and they enjoy wearing it, and they're fashionable. It just sets the right foot for them for the future," Mamdani says.

All of the frames are within shoppers' reach, with buyers encouraged to open the drawers of the credenzas scattered around the store and try on frames at their own pace. "It's inviting, and we make sure that we approach every client and let them feel comfortable trying on glasses, but give them that personalized attention about how to select the right pair of frames according to their face shape, their colour, their style."

The staff won't pressure you into taking their advice, but Mamdani's instincts, as it happens, are spot-on: The first pair he hands me to try on are some squared-off, turquoise-fade Dita specs ($340), followed by orange cat-eye shades from Oliver Peoples ($390), and both are a perfect fit. 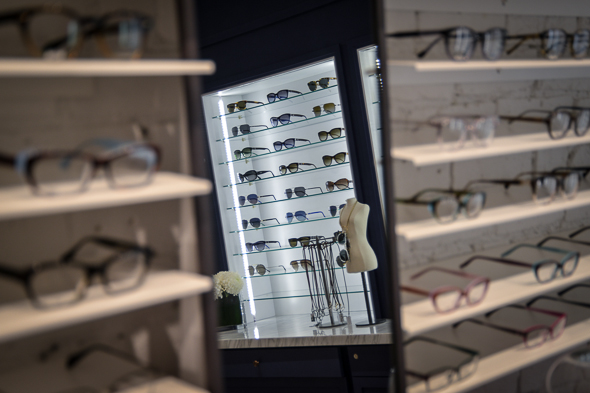 The relaxed vibe extends to the decor, which feels more like a cafe or a modern boutique than an optical store. Mamdani's aim was to keep the store "very comfortable and warm, with a lot of found objects and pieces of furniture that you would find in a home - credenzas, tables, ottomans, area rugs, carpeting."

Portraits of fashionable folks in glasses, shot by the bloggers behind The Spectacled , line the walls. A Parisian cafe influence creeps in with the round table and chairs positioned near the window for fittings and consultations - and, perhaps a little more literally, in the form of the espresso machine and biscotti they keep on the counter to offer customers a pick-me-up while shopping.

That atmosphere is meant to make the process of picking out your next pair of glasses "relaxed, enjoyable and memorable," Mamdani says. "We want people to feel like this is a home." 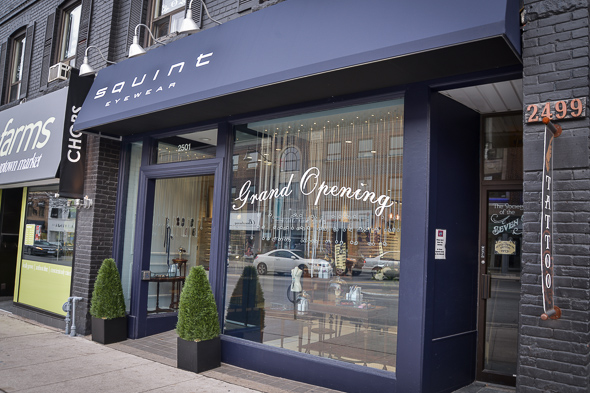