Face Furniture Optical is currently open but their offerings and services may be affected due to the pandemic. Please contact the business directly for more information about any changes. Is this your business? Please contact us if you would like to update this message.

Face Furniture Optical is located in Cabbagetown, and it stands out like a sore thumb, but the neighbourhood response has been welcoming. "The area is changing," owner Tewfik Sherif tells me, "and we want to be part of it." 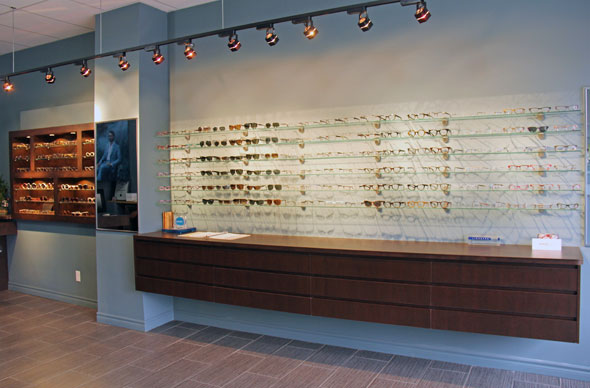 Sherif and his partner clearly considered the location. Nestled close to two highways, it's ideal for out-of-towners, although parking (as with any downtown area) is at a premium. The space was previously a convenience store, and is now virtually unrecognizable with its dark blue walls, minimalist glass shelves, and the few simple mirrors scattered around the space. "We wanted it to be open concept," Sherif tells me. 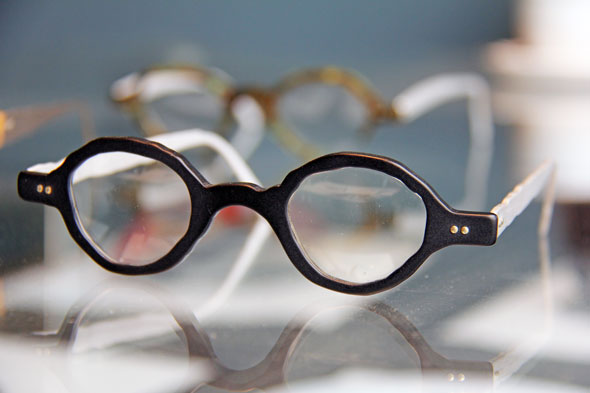 In the spacious shop that's been open for just over a month, I find a truly enviable collection of vintage and contemporary eyeglasses and sunglasses. Sherif worked as a lab technician in the eyewear industry for over 25 years, so he brings an intimate knowledge of construction and aesthetics to the table. "As a lab technician, I've built a lot of business for others, and now it's time to build for myself." 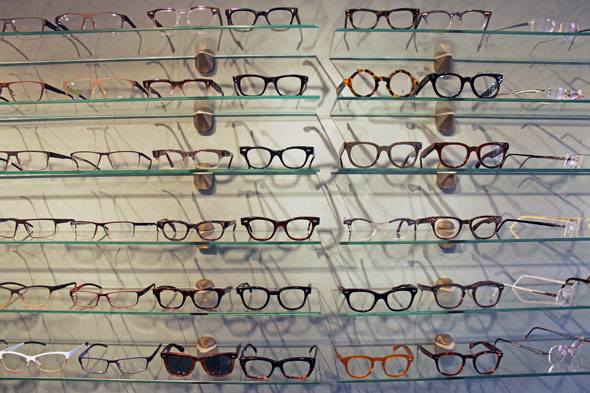 The price for frames covers a broad range of budgets between $185 and $1,000, while the lenses themselves depend on the prescription. The majority of their stock is new, but they carry well-made and carefully-tested vintage frames from Ray Ban , Giorgio Armani and Nina Ricci , among others, which range in cost from $350 to $800. 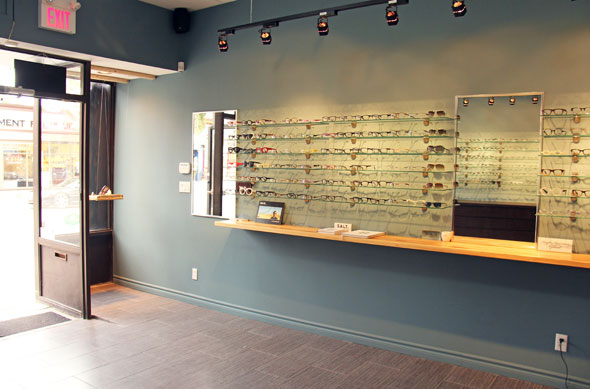 Sunglasses range in price from $185 for Paul Frank --"monkeys," Sherif terms them, laughing--to somewhere around $500. You'll also find the clean-cut, one-piece titanium look of Bevel , as well as several decidedly mod models. While they don't currently offer contact lenses, the service will be introduced very soon. 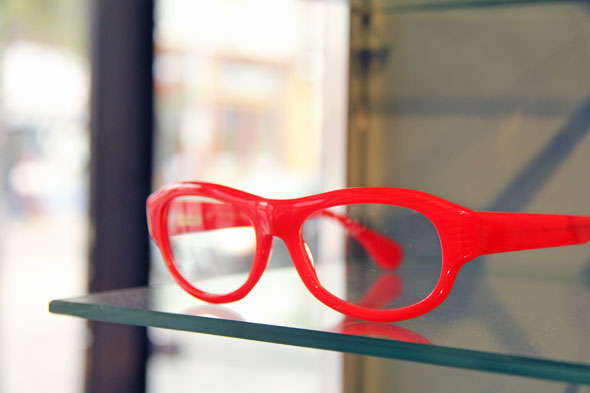 I've always had a bit of a problem with eyewear--although I don't wear glasses, each and every one of my partners has, so I've occasionally found myself strolling alongside shelves of delicate frames, and invariably, I wish I could wear them. They've always struck me as a beautiful accessory that reveals a great deal about the wearer--whether you prefer a statement piece, or thin, pale frames that camouflage against the skin--and Sherif's stock, with pieces crowded almost overwhelmingly close together, satisfies every taste.

I quickly become enamored with a true rarity--one-of-a-kind, never-worn Theo models (around $700) from the early '90s constructed from Aztec metals that resemble Stone Age relics. 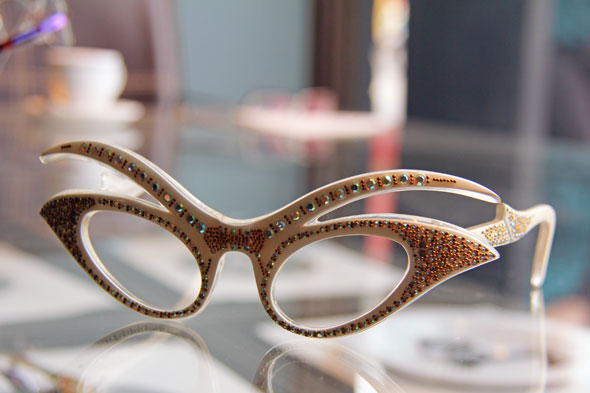 Displayed under glass by the shop's entrance are Sherif's prized possessions--several truly glorious collector's items. Only one, which I dub the Elton John (for obvious reasons), is for sale, but the others are simply part of Sherif's collection. His passion for the craft and artistry of eyewear is indefatigable--even after I sheepishly admit that I don't wear glasses, he takes me around the store, showing me his favourite pieces. 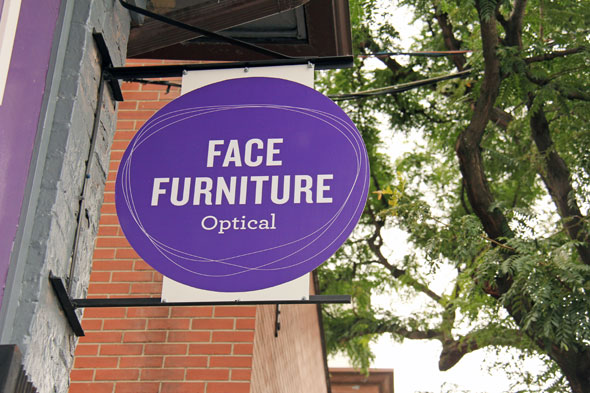 In a few years, however, following the inevitable, computer-induced failure of my fine vision, I'll be back. "I'm looking for unique styles that are unavailable elsewhere on the market," Sherif tells me, and as it turns out, so am I.