Original Grooming Experts walks a fine line. The biggest problem facing high end barbershops is convincing potential clientele that the experience won't be too uncomfortably spa-like for men used to the brusque, generally spartan experience of a shave and a haircut. Jason Culala is looking to find the perfect middle ground with his new shop on Richmond just off Queen West.

It's a big space, with floor-to-ceiling glass walls on two sides and ten chairs for when things get busy, and in anticipation of that loyal customer base that keeps barbershops in business for years. Starting a new shop is risky - especially one just a few doors down from another men's salon and down the block from a local barbershop staple - but Culala says he isn't interested in trying to poach from other barbers. 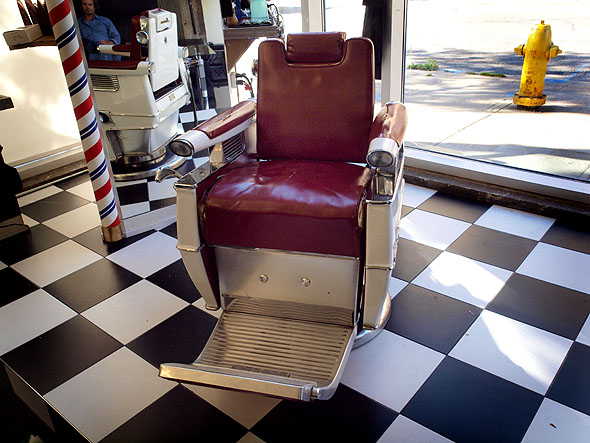 "We're not trying to sell anybody," he tells me, insisting that he's happy to build his shop's reputation by word of mouth, and one cut at a time. He thinks he's in a perfect spot, at the junction of the banking, fashion, art and real estate worlds, on the edge of a downtown full of working guys, either in suits or in hard hats.

For Culala, his new shop is about training and education, for both his customers and staff. For a guy looking for a cut, there might be a bit of room to learn how to take care of himself, and for his staff, there are requirements like doing straight razor shaves, which Culala considers the bedrock of the business. 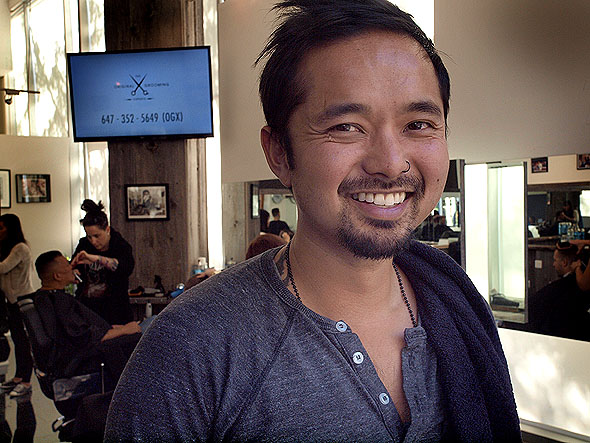 "It's really about the culture and lifestyle," he tells me. A guy presenting himself at a new barber shop is going through a ritual, and the barber's part in this is sizing him up, and trying to anticipate what he needs. "Our job description is kind of like being a psychiatrist."

At Original Grooming, everything begins with a hot towel, which is part of Jason's desire that the shop sit somewhere between a barber shop and a salon. It also starts with a manicure staple - dipping your hands in warm paraffin wax. Culala doesn't advertise the hot wax treatment, but prefers to feature it as a bit of a surprise, part of the ritual that puts you in the mood for a cut or a shave.

It is, frankly, a bit odd if you're not used to it, but lying back with a hot towel on your face and a rubbery glove of wax hardening on your hands does encourage you to think about yourself a bit more than you might normally; it's a kind of half-step toward meditation, and probably as much of a step in that direction as many of us are willing to take. 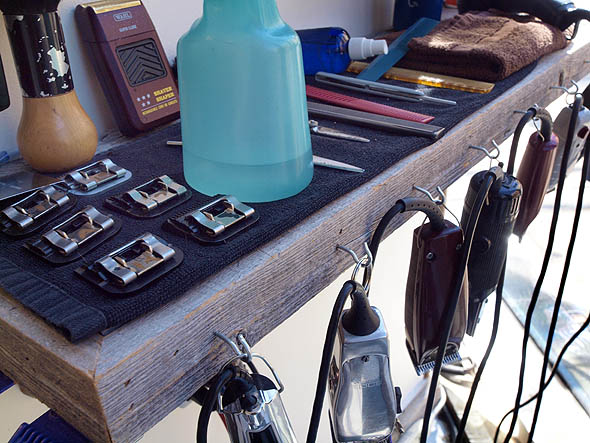 I don't need a haircut, but it's been a week since my last shave and after a summer cultivating a pair of muttonchops, I give Jason the job of cleaning up the sideburns and goatee. He goes to work with a startling array of equipment - blades and clippers and electric razors, finely trimming and sculpting; if you've put a lot of care into your facial hair, OGX is probably the place you need to go. I can only imagine the work they put into a fade.

The prices at OGX aren't cheap. A cut is $45 and a shave is $55, but the facial grooming - tidying up beards and moustaches - is just $10. They also offer a "Hangover Treatment" - nineteen bucks for the paraffin hand wax, hot towel, a shampoo and conditioning, which is probably worth every penny, as you might come out the other end feeling halfway towards a new body. 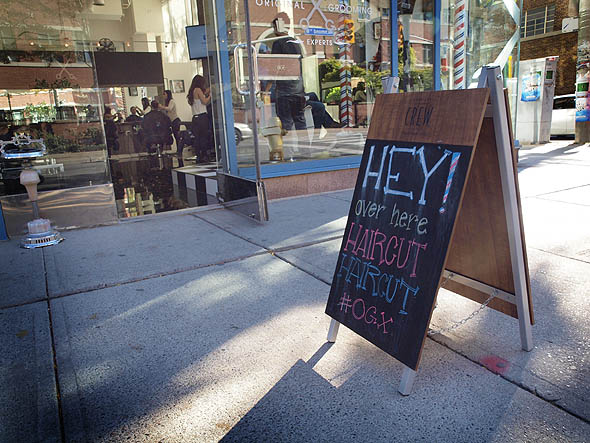 With Movember coming up, Jason tells me that OGX have gotten themselves appointed official barbers for the charity - the go-to spot for guys who work and live downtown who need maintenance of their lip ornaments. It's a great way for a new barber to pull in new clients, and for customers to introduce themselves to a potential new cutting shop.