Town Barber is one of the city's newest barber shops - and yet, it's already more storied than some of Toronto's most established shops.

Shop owner Chris Hammell (his friends call him Hambone) is well known in the barber shop scene. And that's not just in Toronto. As a founding member of Toronto's lionized Crows Nest Barber Shop , Hammell personally saw - and was a chief part of - the resurgence of the barber shop in the city. 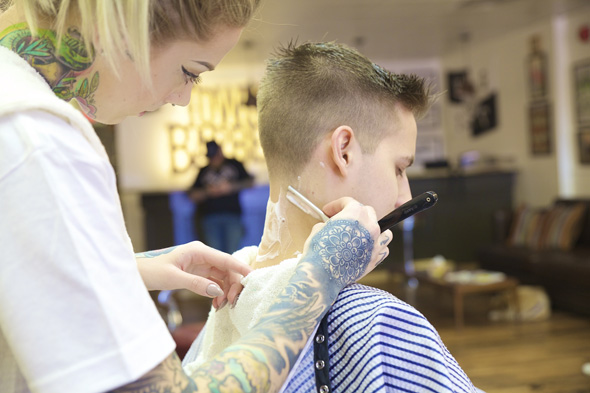 Then, relationships soured between best friends. "People changed," Hammell tells me, candidly alluding to his time at Crows Nest. "There was a huge lack of communication. People's heads got big. And the vibe changed in there a lot and I tried to keep it how it was.

"I lost all of my old clients [from Crows Nest]. I lost everything. It was tough." 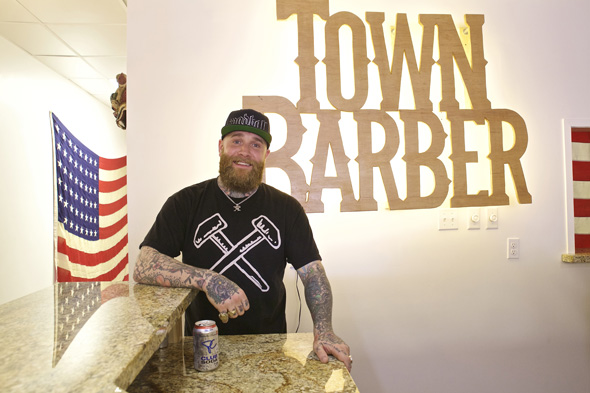 That was in June of 2013. But it didn't slow Hammell down much - he moved a chair onto the back patio of Town Moto on Ossington. Same with in the back of Rob Dyer's Skate 4 Cancer pop-up shop on Queen West.

He started to shop around for a standalone shop along the Ossington strip. Then, out of nowhere, Hammell saw a For Rent sign at Dundas and Ossington almost next door to Lakeview Restaurant . He got right to work. 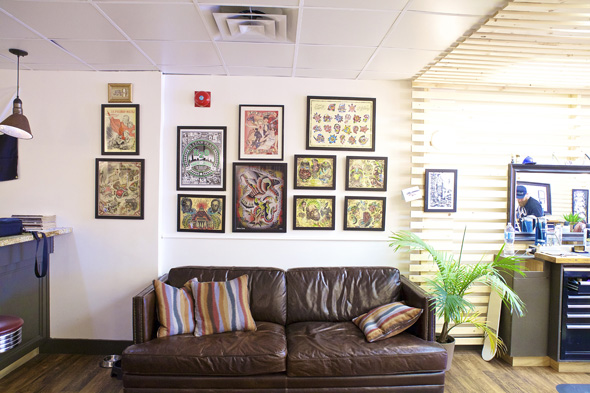 They got the keys this past December. Then Hammell left to go on tour with City and Colour. He opened Town Barber (a reference to Town Moto) on January 7.

They did it all - added a new floor, made merch, put up wood along the ceiling and walls for a cozy, cottage-y feel. The barber stations are made from black tool boxes, with the wood tops being original inmate benches from the Don Jail. The walls are splashed with art (including an original Tim Armstrong piece), a scythe, signed Jason Jesse skateboards, American flags, records and tattoo flash. They're now working on opening up a coffee bar in the back. 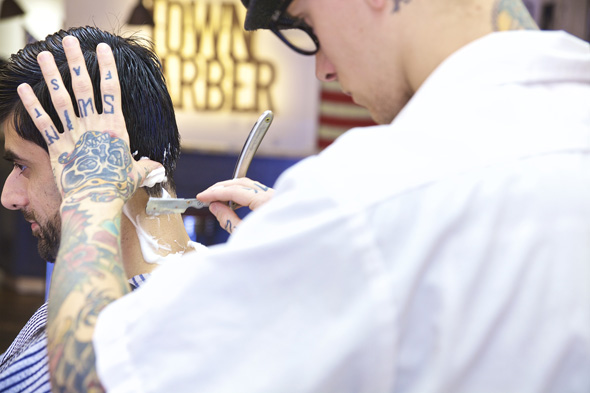 "I don't want them to feel like they don't have enough tattoos, because that's horseshit. This is a blue collar job. You're cooler than nobody." 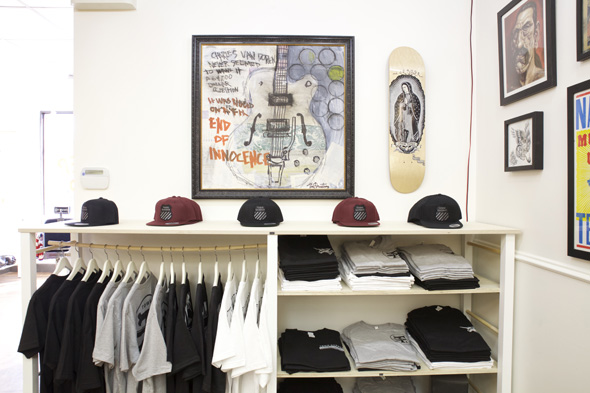 With three full-time barbers and opened seven days a week, Town Barber is already booked a few days out. There are currently four barber chairs, but there's the opportunity to expand.

For instance, Matty Conrad , one of Canada's most respected barbers from Vancouver, is doing a guest spot at Town Barber on March 21. 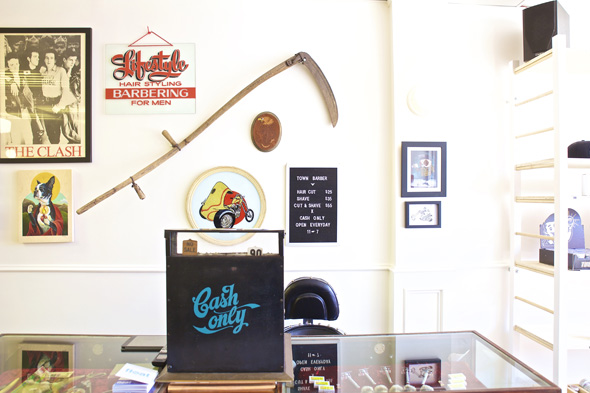 "I may not be the best barber in the world, but I'm a good dude," Hammell says. 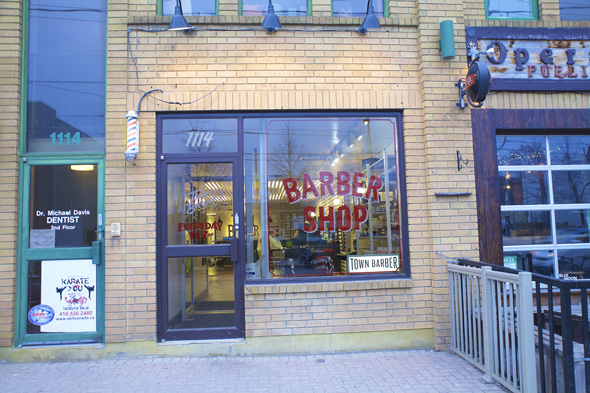