Opticianado aims to provide a wide selection of hard-to-find, eye-catching glasses, with customer service geared toward finding the perfect-fitting frame for every face.

While that's a vision shared by many other optical boutiques, this Junction store stands alone in its sharp focus on vintage frames. The massive selection of deadstock specs means customers can go home with something literally no one else in town is wearing. 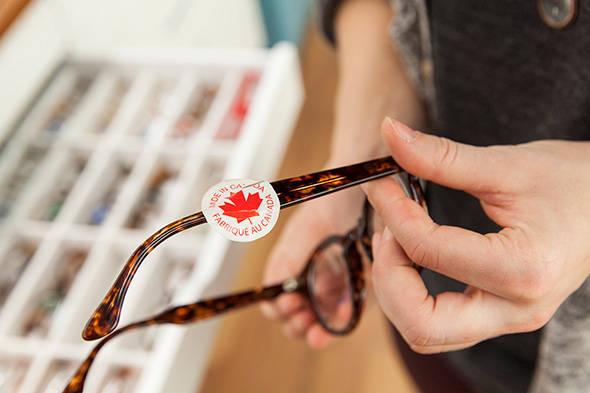 "A lot of the time, they're one of a kind," owner Jordan Paul says. "They're going to be the only ones wearing it in the city, and possibly in the world -- sometimes, there's that little stock left." 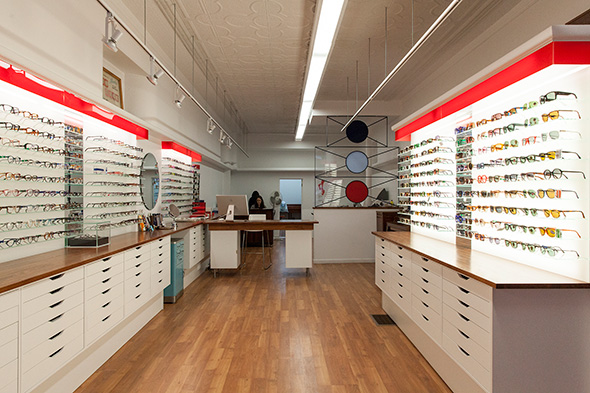 The store's been open since 2011, but Paul's passion for vintage eyewear has been brewing for years; he'd begun stockpiling the frames during his 15 years as an optician. "It started as a hobby as I freelanced at different shops in Toronto, and then after that it kind of turned into an obsession," he says. "I like to collect, but at least this way I can justify collecting eyewear." (Now, Paul estimates, the store has the largest collection of made-in-Canada vintage frames available.) 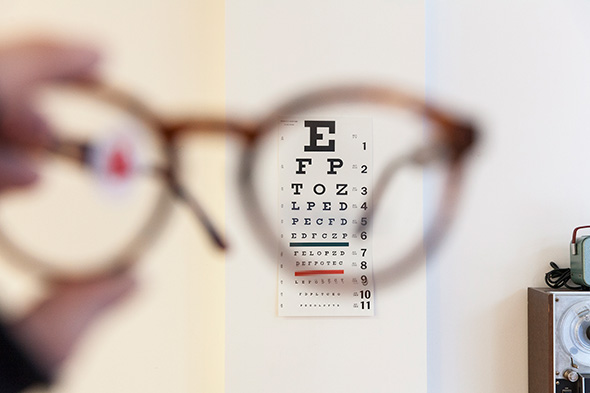 When it came time to set up his own shop, Paul looked to the Junction; his grandfather, upon moving to Canada, had settled in the area. The Dundas West location previously housed a women's vintage clothing store; now, it's lined with glass shelves and sliding drawers full of new and vintage eyewear, with an old record player and a red Marshmallow sofa thrown in for a little extra atmosphere. (There's also a Hammond organ hiding in the back -- the shop hosts live performances by local musicians every month or so.) 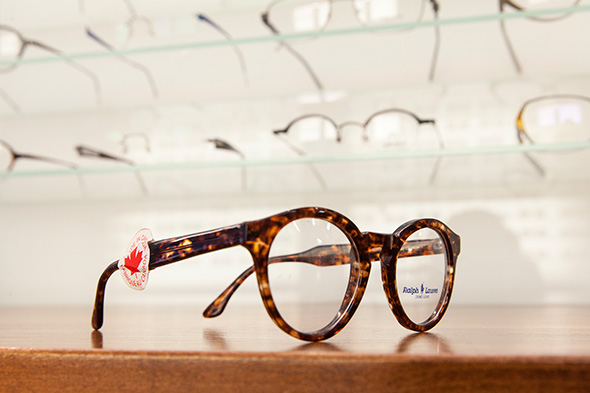 On top of the deadstock frames, Paul carries a number of boutique brands from around the world. Many are exclusive to the shop, including Yellows Plus from Japan, Matttew from Belgium, and Dzimitry Samal from France. He estimates the stock is roughly split 50-50 between contemporary and vintage frames. 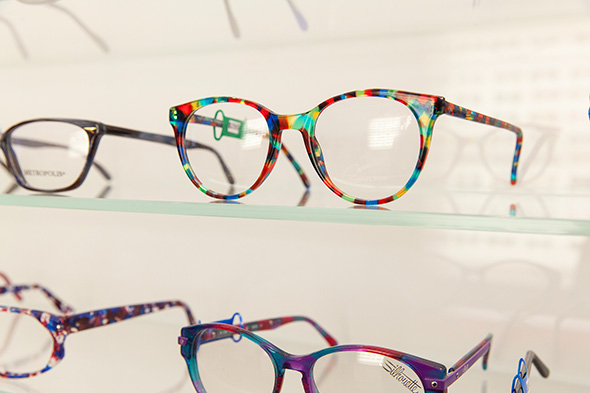 "We're spoiled with the quality of how well the vintage frames are made, so that's what we compare it to -- it's got to live up to that standard," Paul says. "There are new companies that are making frames in the old handmade way, with modern materials, using titanium and such." 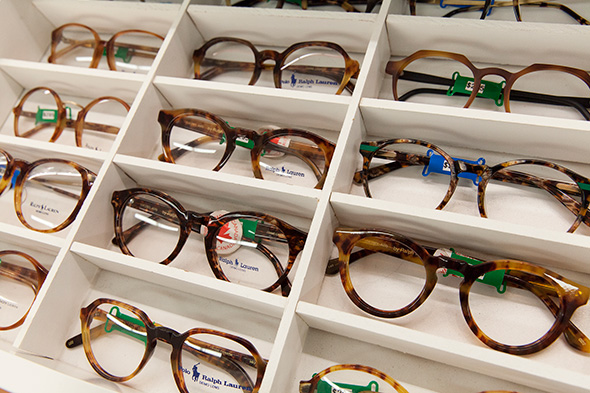 I ask if he has a favourite pair; Paul walks to the wall and slides open a drawer, revealing a tray of about two dozen tortoiseshell frames, all of them vintage Ralph Lauren. (My inner eyewear nerd has a small heart attack.) A few of them bear worn maple-leaf "Made in Canada" stickers, remnants of when the frames were still manufactured in Fredericton. "They come in some really nice shapes," he says. "It's neat how it's full-circle -- this shape is just getting back into style now." 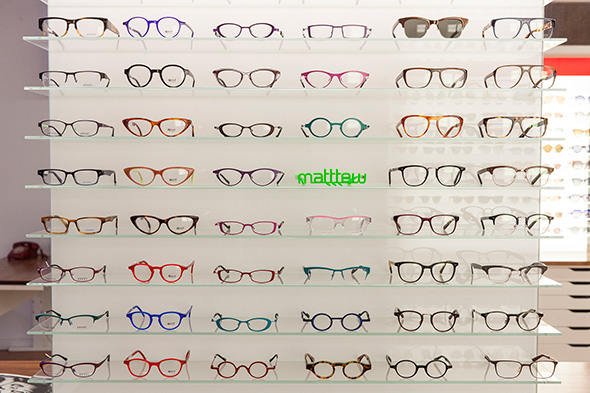 There are a few more antique oddities, including vintage British National Health Service glasses, and a line of multicoloured '80s frames from the U.K., ironically branded 'The Canadian Connection'. "They come in really bright colours, really wearable shapes for today," he says. 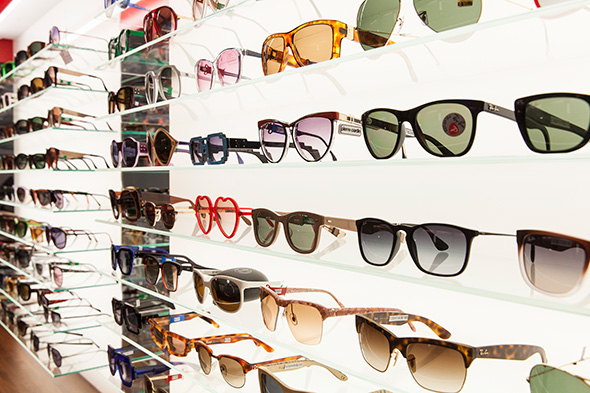 Frames run from $195 up to $420, with lenses costing extra. Paul adds that the shop has a wide lens selection, and does its own lens edging in-house. "If you have a higher prescription, we try to find the best lens for them," he adds. "We enjoy doing it, and get satisfaction out of someone coming in with a difficult prescription and us making it as well as possible for their vision to be the best it can."

They also handle custom repairs, and occasionally field some unusual requests. "Sometimes we'll have people coming in with their grandmother's old eyeglasses, and we can buff them and kind of refurbish them for you." 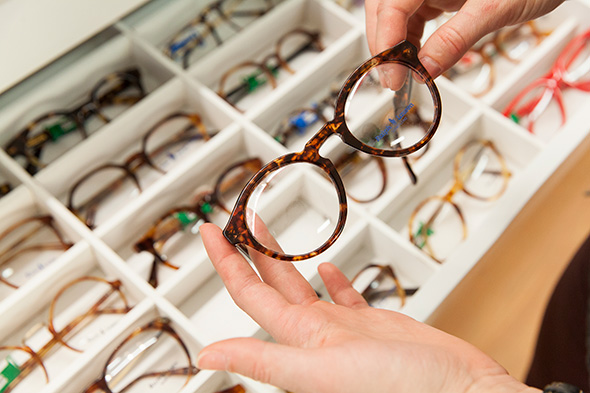 Those refurb requests are yet more proof that in the eyewear world, everything old really is new again. The recent vintage revival in the optical world, Paul says, actually tends to put their store ahead of the curve.

"It's funny -- when we go to the (trade) shows each year -- we're going to Munich in January -- you see what the trend is, if it's metal or coloured metal ... It's fun that we kind of have it already, before you even go." 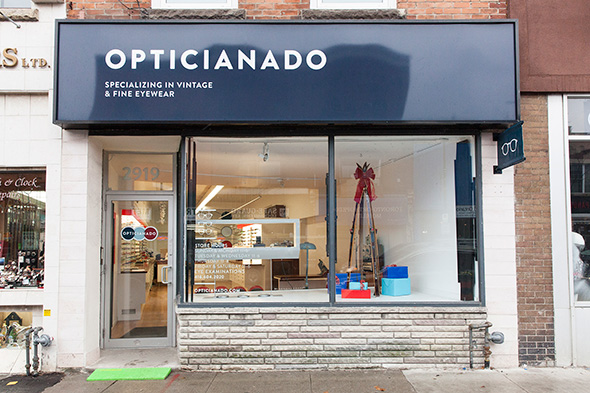