Brandy Melville caters to the teenybopper crew, and it wasn't just the gaggle of braces and backpacks that greeted me upon entering that led me to that conclusion (but let's face it; it was a pretty good clue). Started in Italy, the brand has grown to spread all across the EU, eventually permeating the American market, and then arriving in Canada this year. 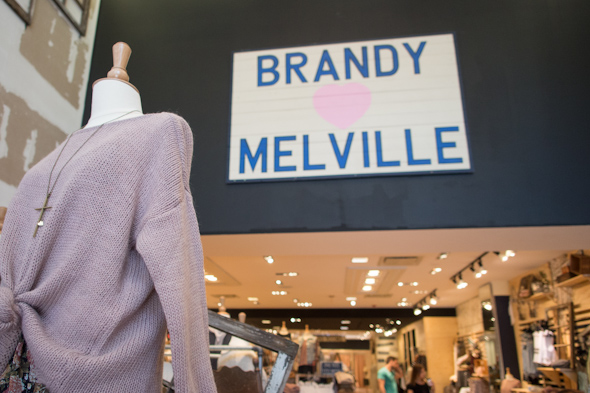 While Vancouver snagged the inaugural Brandy Melville Canada store early 2012, Toronto now has its own shop on Queen West in the former home of Style Exchange (though Toronto shoppers used to be able to find some Brandy options over at Fitzroy Boutique ). 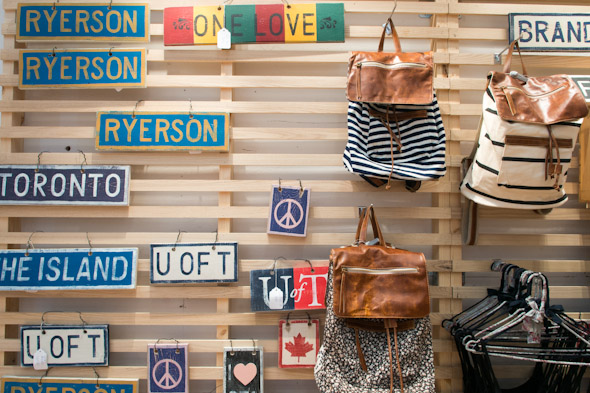 The space itself has been done over to feel like the inside of a 16-year-old's scrapbook, with one wall plastered with torn-out novel pages, and another with plaques of hearts and scribbles. For a little local flair, the store also has signs marked with "U of T," "Ryerson," " Little Italy ," and more, just so you remember you're in Toronto instead of, say, Milan. 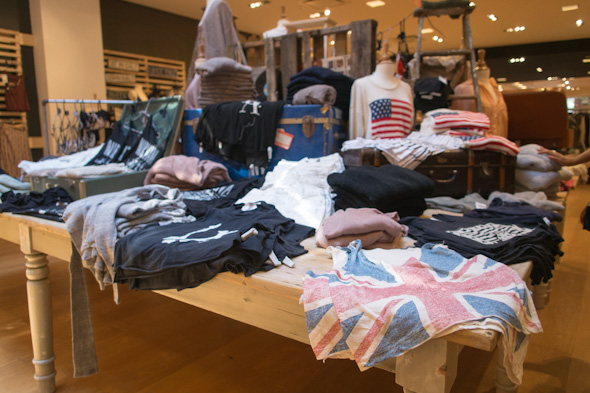 I speak to one of the store's managers who tells me Toronto was always in the Brandy expansion plans. "It's been about two weeks," she says. "And we're already so busy." 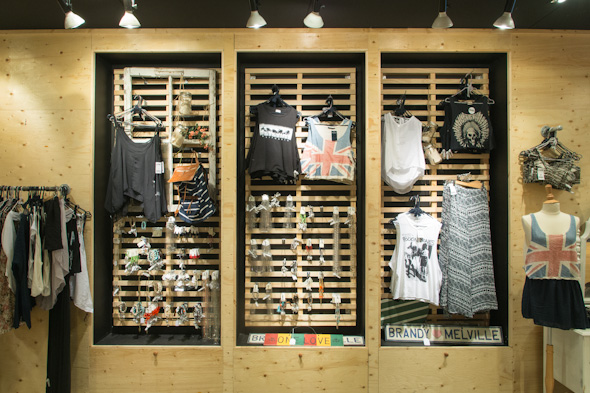 I can't help but notice just how young this woman looks, decked out in one of Brandy's maxi skirts and a loose-fitting sweater, and twirling her hair throughout the duration of the conversation. Flocks of girls drift by as she tells me more about the brand, some huddling crossed-legged around a laptop on the floor, waiting for a friend trying on a crop-top in the change room. I remind myself that I, too, was once like them.

"We definitely appeal to teen girls," the manager continues, at this point clearly stating the obvious, "but women of all ages seem to find something they love in the store, too." 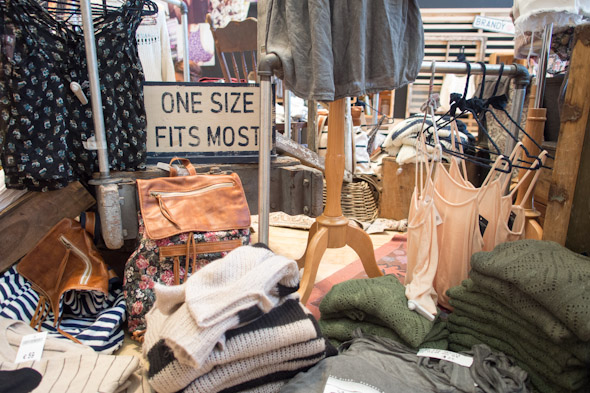 The style is very much boho-hippie, with plenty of loose-fitting options and everything (aside from the denim) labelled as "one size fits most," with the house brands being almost exclusively represented in the store's stock, aside from some of the denim. I take myself on a tour of the store, finding a polar mix of love/hate options. 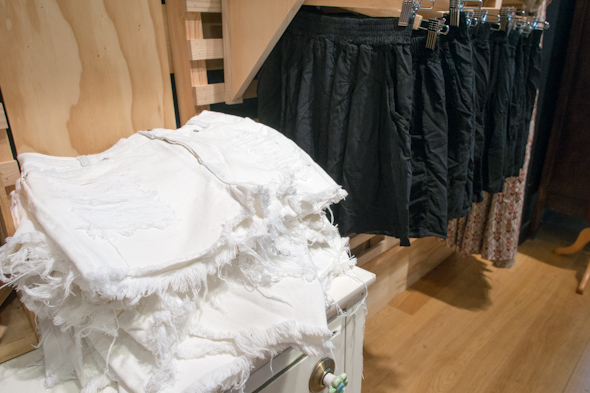 On the "love" end: a tribal printed maxi skirt ($36), and a side-cut scoop neck tank ($19), among others (I told you it was boho). But other items seemed just a little too "Beatles-shirt-at-Walmart" for me. Case in point: the baseball tee plastered with the image of a youthful, smoking Bob Dylan ($44), and the endless pairs of pre-frayed white denim cutoffs ($42), which were so distressed that the pocket linings were virtually hanging out of the shorts. 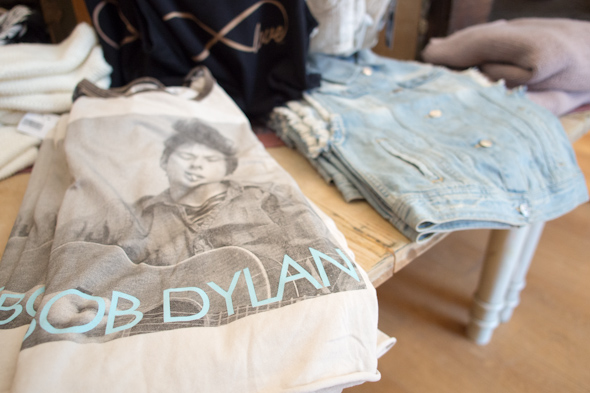 My least favourite finds were undoubtedly the Buddha and Hamsa necklaces, encased in little plastic baggies and priced at $7. To be fair â I don't think it was the spiritual commercialization that really irked me. Rather, the concession that a Dylan tee and shiny Buddha necklace would've made me giddy back in high school. 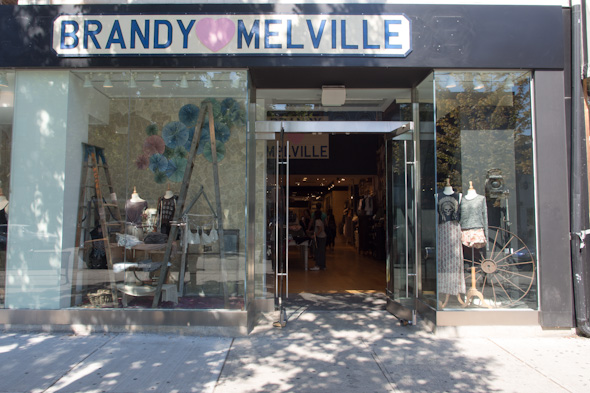 Brandy Melville promises new items every week, just a few of which will be printed with " Nirvana " across the front.