Canada's ubiquitous coffee chain, Tim Hortons, just received a whopping 7 infractions from health inspectors at one of its Toronto locations this week.

The Tim Hortons located at 1521 Yonge Street near St. Clair received the infractions, which included one crucial infraction for failing "to protect food from contamination or adulteration."

The coffee chain also received four significant infractions which included failing "to protect against harbouring of pests," and failing "to remove garbage when necessary to maintain sanitary condition." 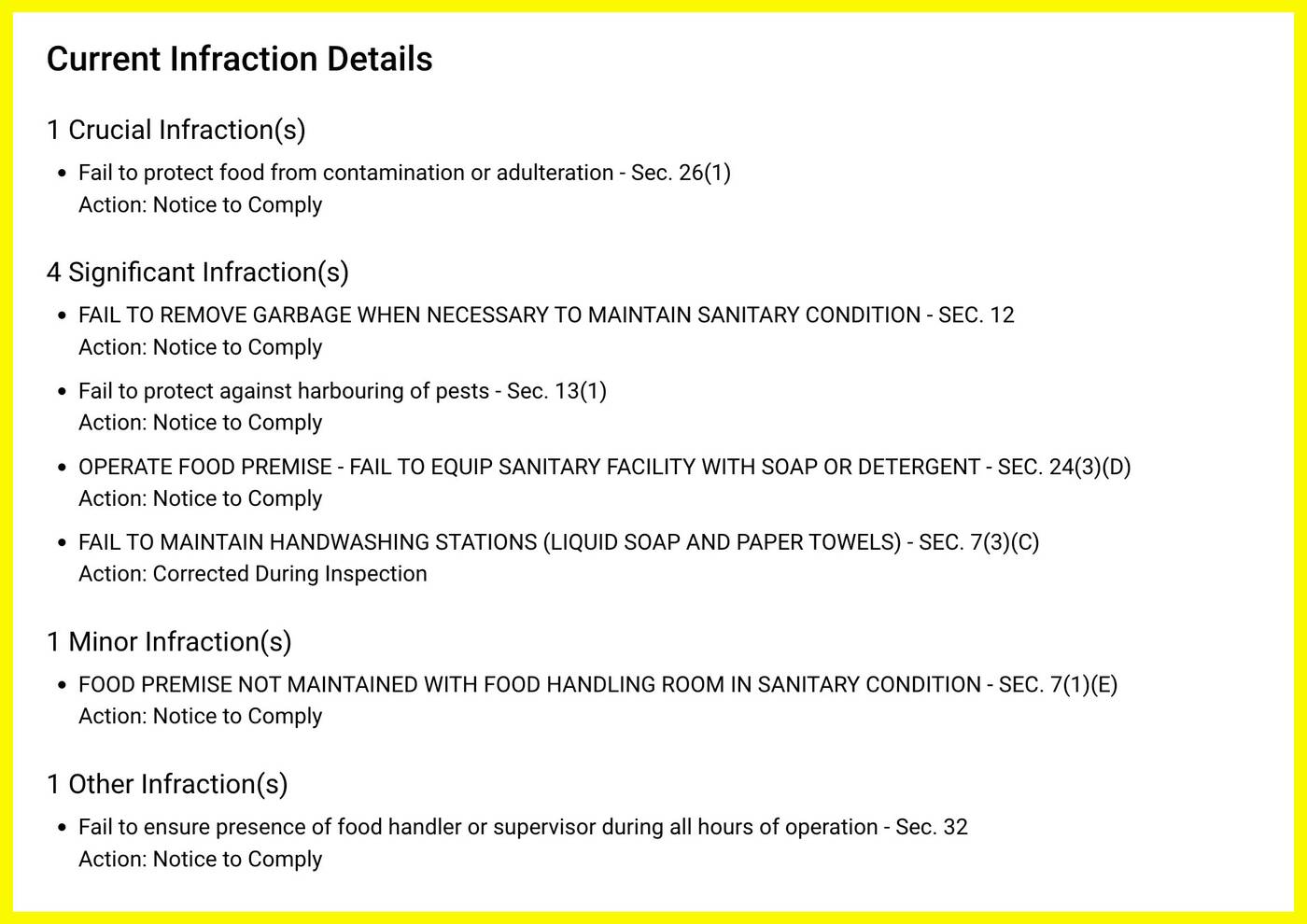 Despite the several health infractions, the Tim Hortons location received a conditional pass and remains open as they continue to work through resolving the issues.