One of the most popular Indian restaurants in the city will soon be closing one of its locations due to inadequate staffing.

Banjara took to Google to inform customers of the permanent closure of their Eglinton location, using the "Updates" section. 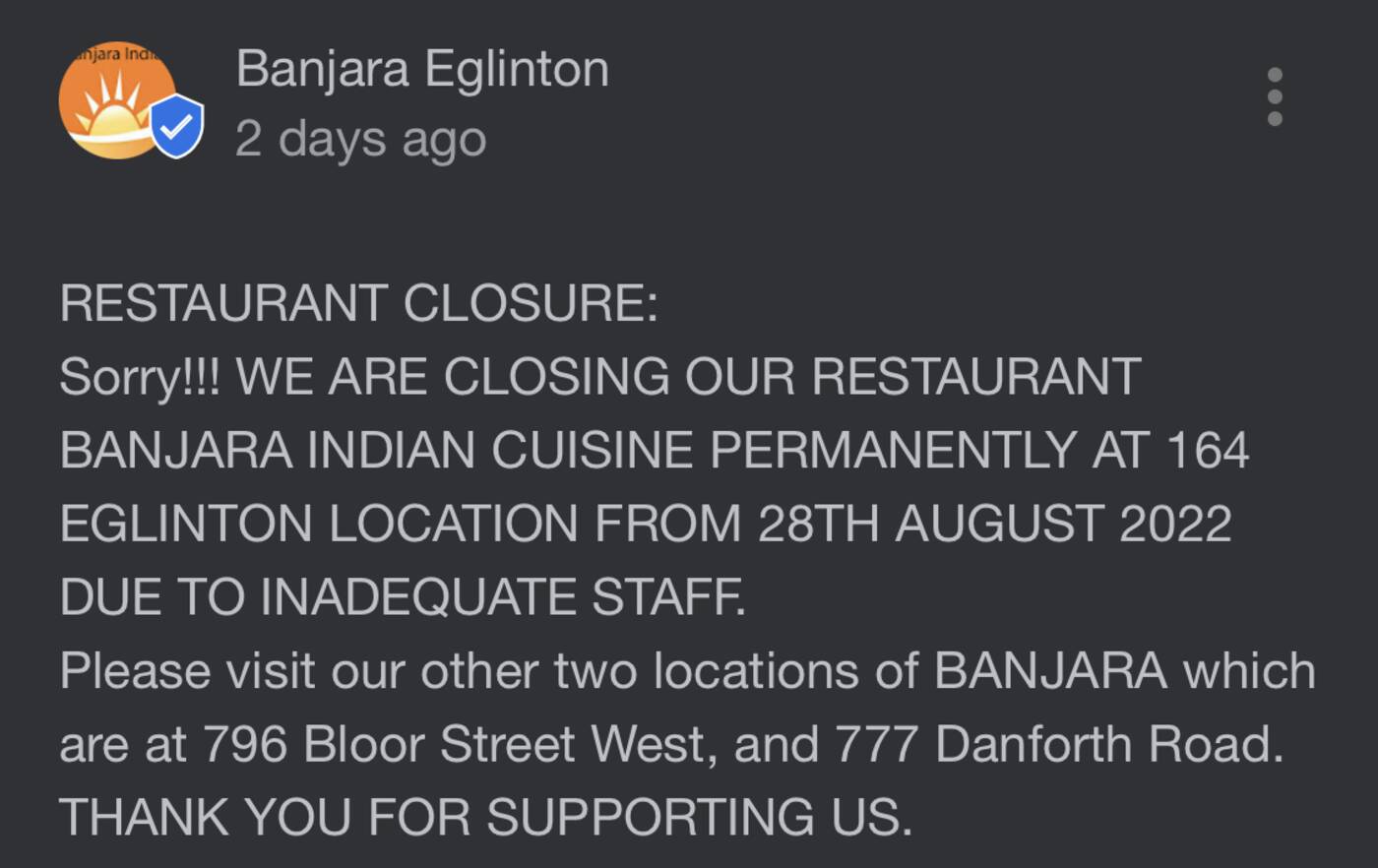 Update posted to Google by Banjara. Screenshot by blogTO.

"Sorry!!! WE ARE CLOSING OUR RESTAURANT BANJARA INDIAN CUISINE PERMANENTLY AT 164 EGLINTON LOCATION IN FUTURE DUE TO INADEQUATE STAFF," reads the update.

"Please visit our other two locations of BANJARA which are at 796 Bloor Street West, and 777 Danforth Road."

Banjara is known as one of the best Indian restaurants in Toronto, serving some of the city's best butter chicken.

They're well known for their Bloor location, and thankfully their Scarborough location will continue on, but midtowners will still likely be sad to see their location of the restaurant go.

The Eglinton location was near the notorious Yonge and Eglinton intersection that's been plagued by construction, causing many businesses in the surrounding area to suffer and eventually close.

In a previous update which was screenshotted and posted to a local neighbourhood Facebook group, Banjara said their Eglinton location would close August 28.

It now seems that specific update has been removed, but Banjara fans in the area might still be wise to head in soon if they want a last taste of their famed butter chicken and Indian food.