New restaurants in Toronto continue to open at a brisk pace now that lockdowns, hopefully, are a thing of the past. From traditional British pub fare to Mexican-Mediterranean fusion, there's likely a new restaurant for everyone on this list.

Here are new restaurants that opened in Toronto last month.

This minimalist French restaurant near Queen and Gladstone specializes in natural wines and colourful, intricate sharing plates that almost look too pretty to eat. Their menu is always changing, keeping it fresh and exciting every time you visit.

The owners of the former Beast Restaurant have opened a new baby in the same King West location. They serve luxurious appetizers like cheesy, melt-in-your-mouth bone marrow and Italian classics like fresh pasta and pizza. 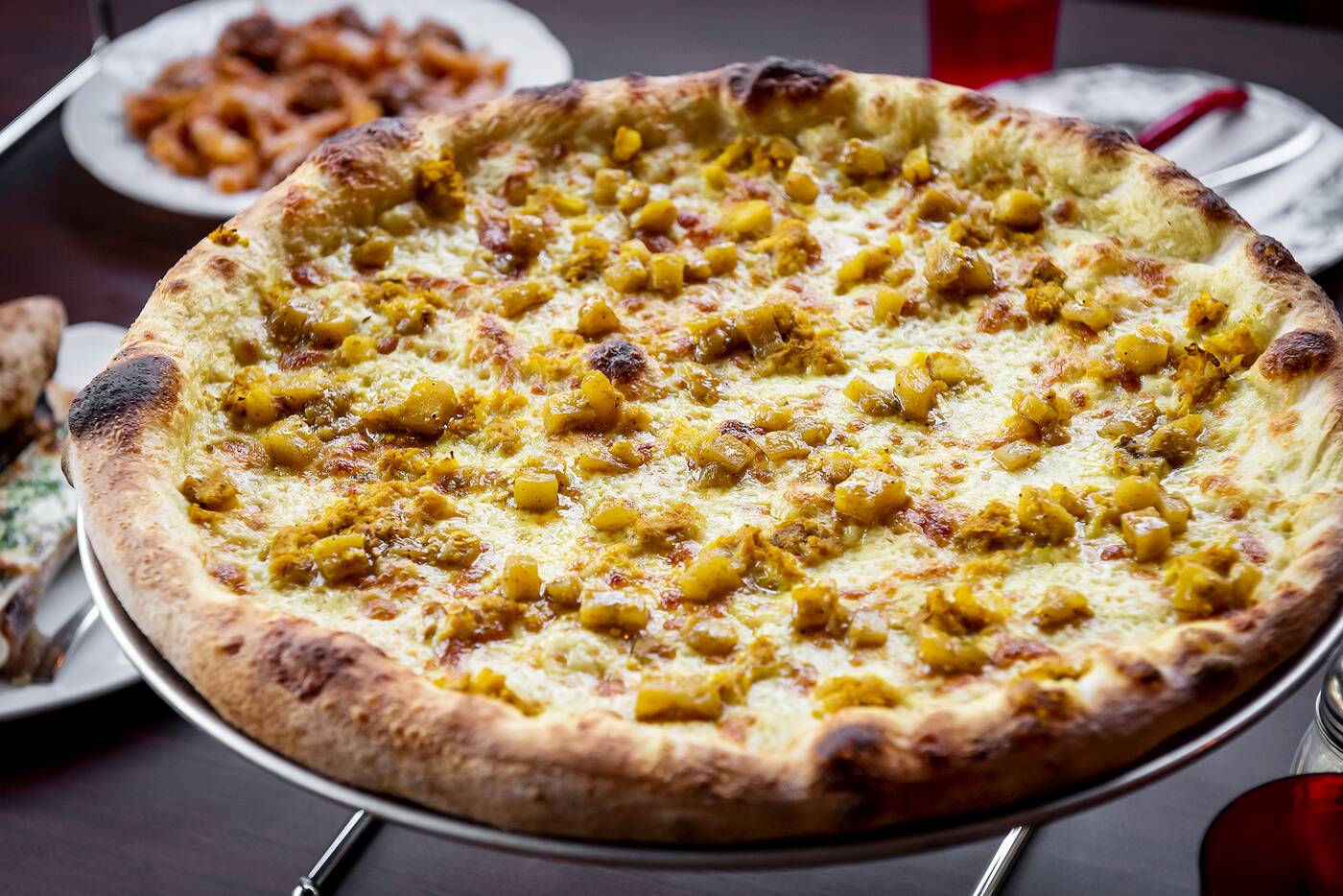 You're going to want to try all the pizza at Beast. Photo by Hector Vasquez.

Adrak has opened its second location in Yorkville, serving elevated Indian cuisine that balances tradition and modernity. They have many sharing plates to choose from if you're going out in a big group, as well as an extensive dessert menu. 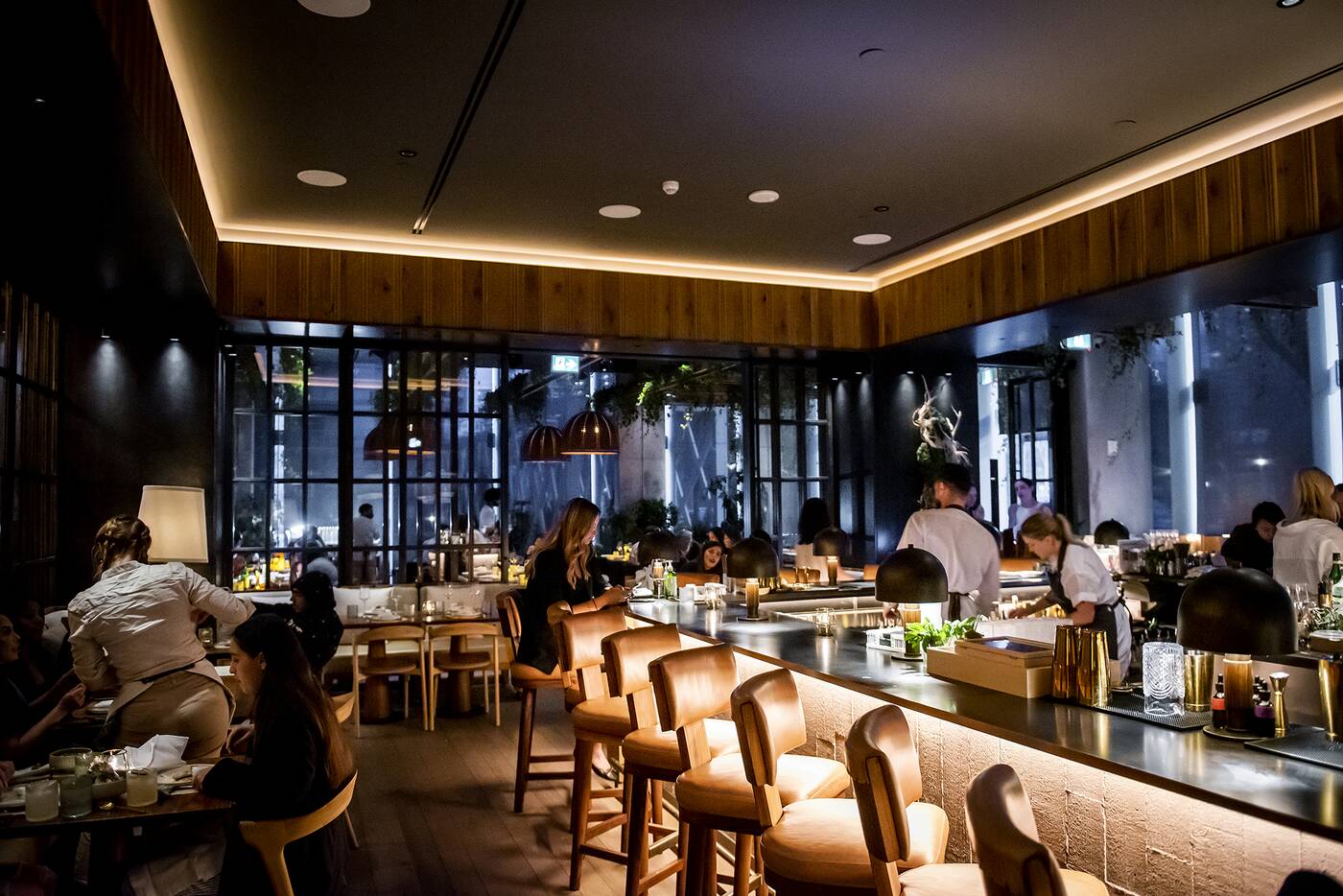 What started as a secret pizza joint has now officially become a permanent location in Leslieville. That isn't surprising, considering they regularly sold out within hours as a pop-up.

This new spot in the Entertainment District serves classic British fare in a warm and cozy pub environment. Owner Brian Donnelly refers to the dishes here as what he remembers eating as a kid - fish and chips, bangers and mash with garlicky potatoes and scotch egg, just to name a few. 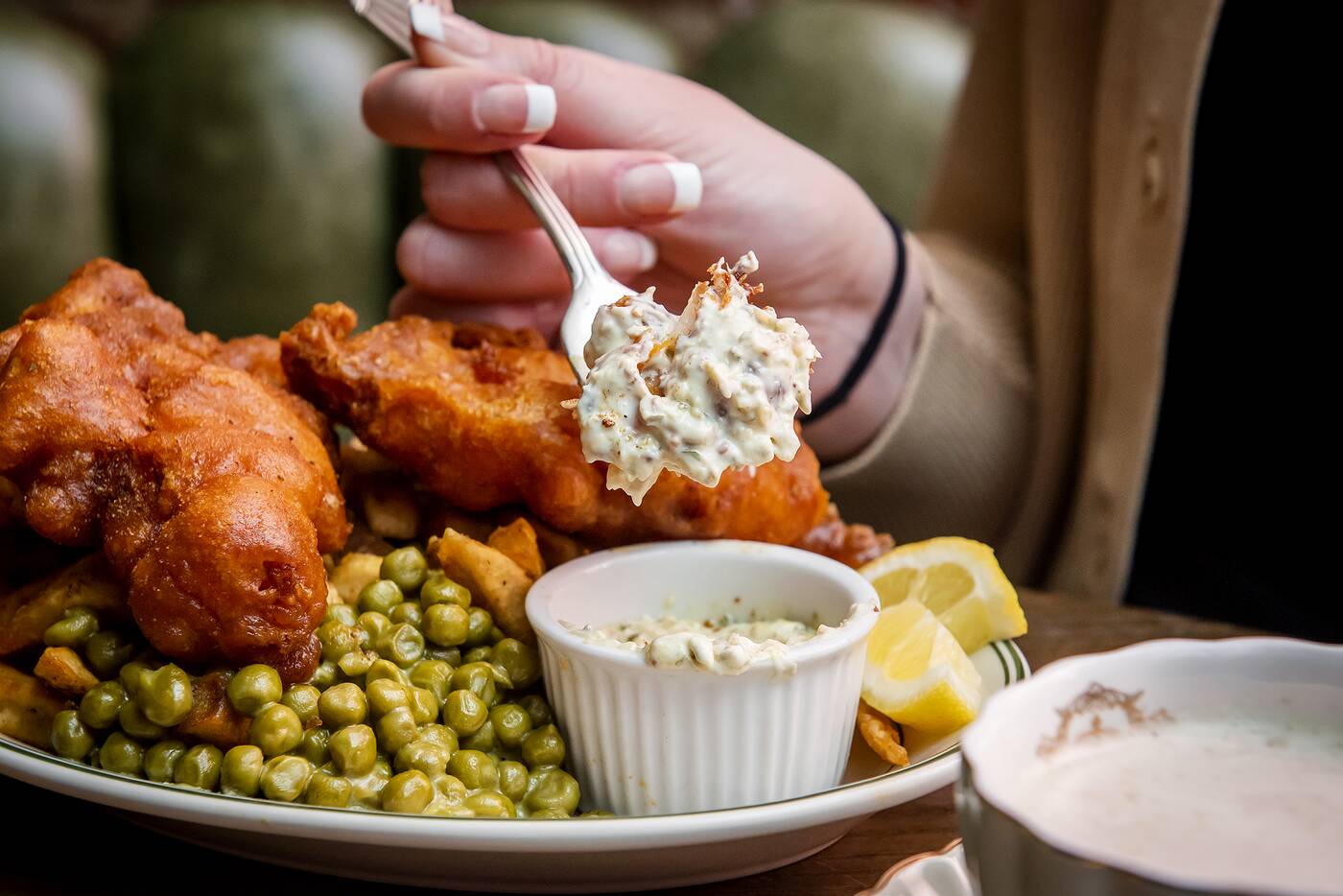 Dig into a hearty portion of fish and chips at Saint John's Tavern. Photo by Hector Vasquez.

This King West tapas bar is from the same owners as nearby Patria. Expect small, intricate plates that are rooted in Spanish tradition but use local Ontario ingredients. Their patatas bravas, prepared with duck fat-pressed potato pavé hidden under three purées, is a showstopper.

If you're looking for a trendy late-night bar with delicious eats, On/Off is a new spot in Koreatown North that offers just that. They serve East Asian dishes like Taiwanese popcorn chicken and grilled unagi in a dimly-lit atmosphere complete with loud hip-hop music. 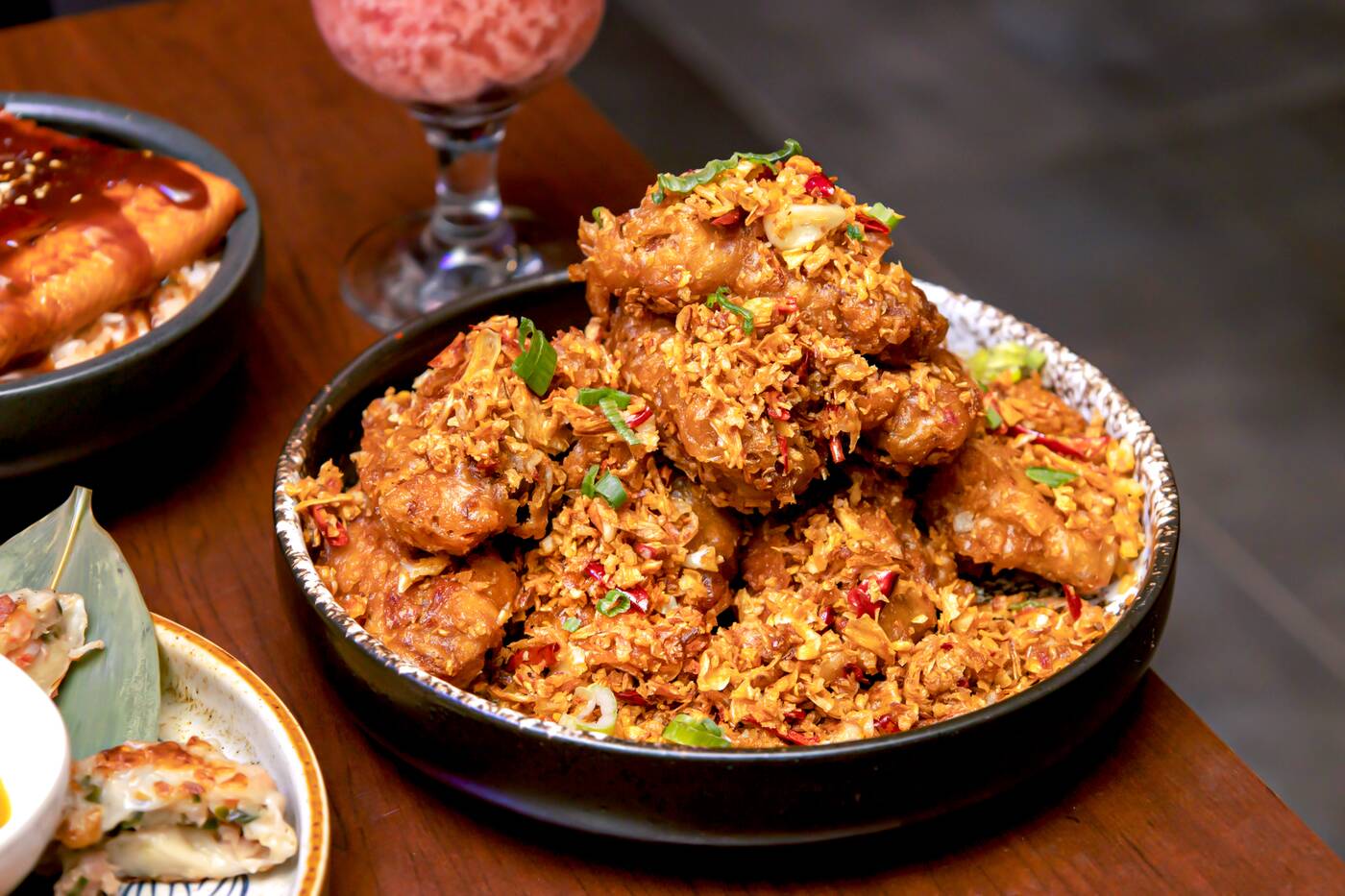 From the makers of Mabu Generation, this Scarborough newcomer is the city's newest location for next level, Hong Kong-style plates. They have an extensive menu of traditional meals found in Hong Kong cafes like molten salted egg yolk french toast with pork floss and milk tea.

This West Queen West restaurant has one dinner item, and one dinner item only - steak frites. Every order of this decadent meal comes with fresh housemade bread, butter and endless piles of frites. Chef and co-owner Tara Tang is a Cordon Bleu trained pastry chef too, so be sure to leave room for dessert. 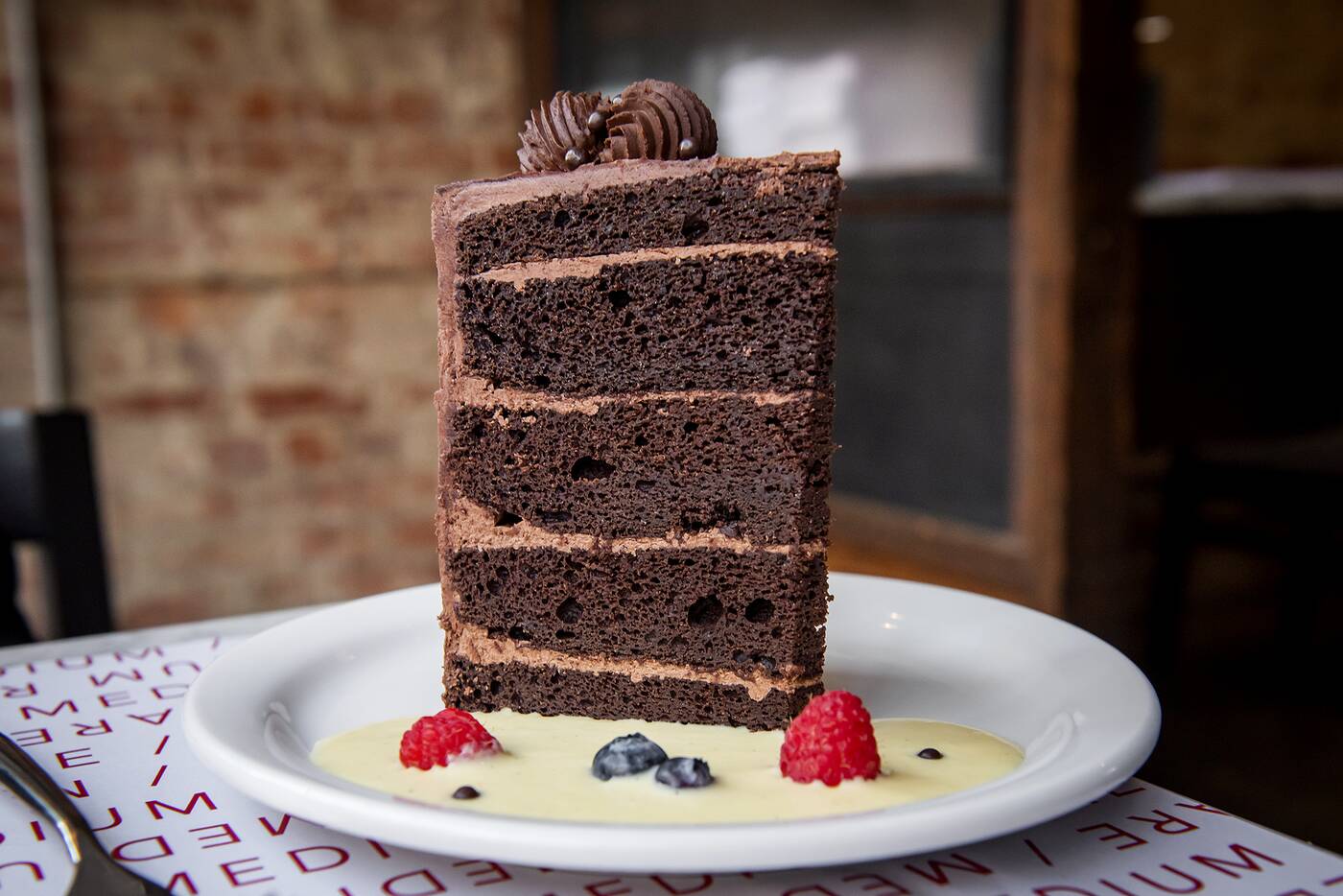 Make sure to leave room for dessert at J's Steak Frites. Photo by Hector Vasquez.