Saint John's Tavern embodies everything you'd look for in a traditional British pub - bangers & mash served with football playing on the TV.

Owner Brian Donnelly took over the building that's now home to SJT's, but was previously known as The Office Pub for years.

In addition to the pub, Donelley also runs a few other Toronto favourites including Piccolo Cafe and Melrose on Adelaide that both sit next door. 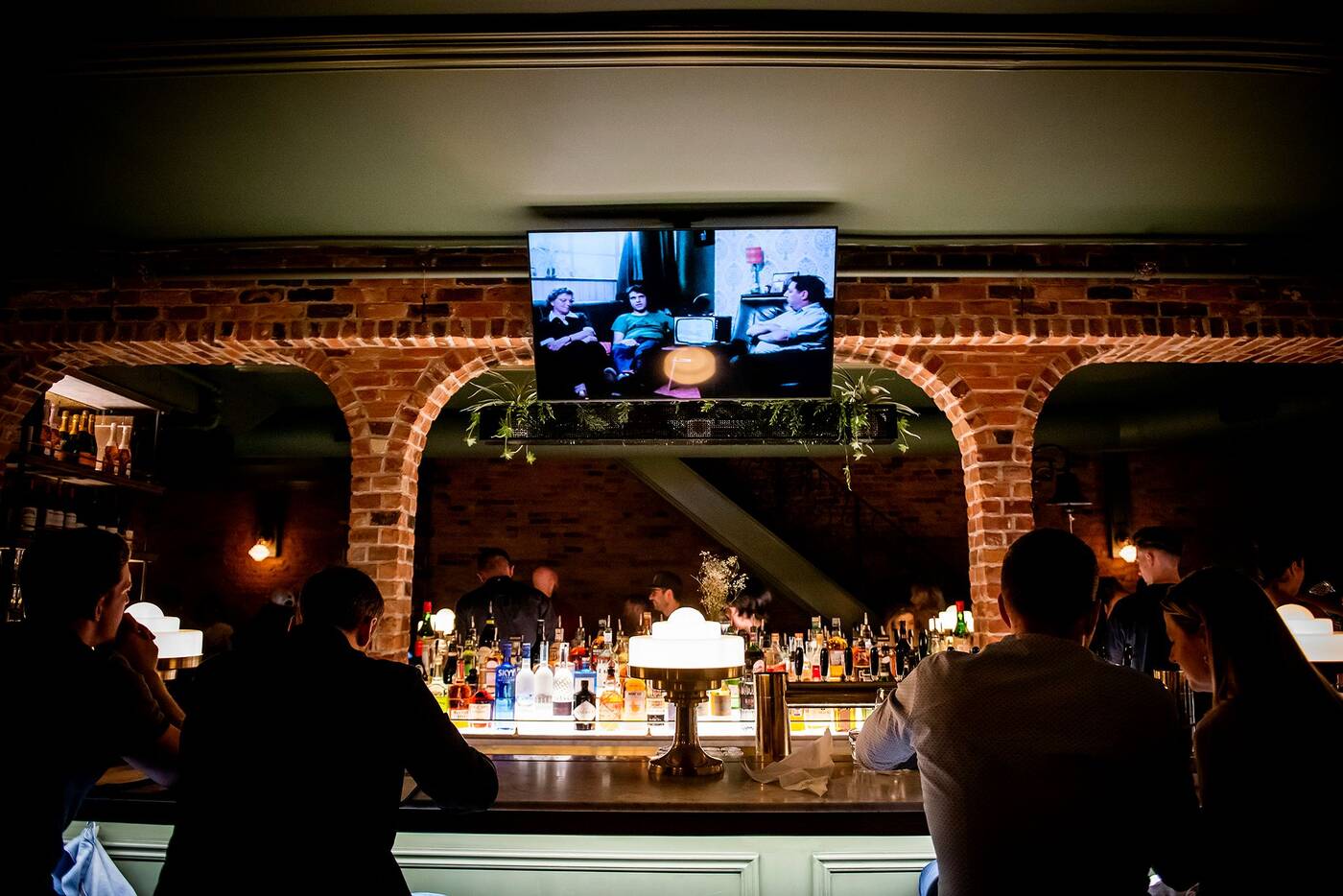 Saint John's is an entirely different feel from the other two, with a tavern-style interior and a crowd dominated with expats from around the U.K. and old regulars from The Office Pub. 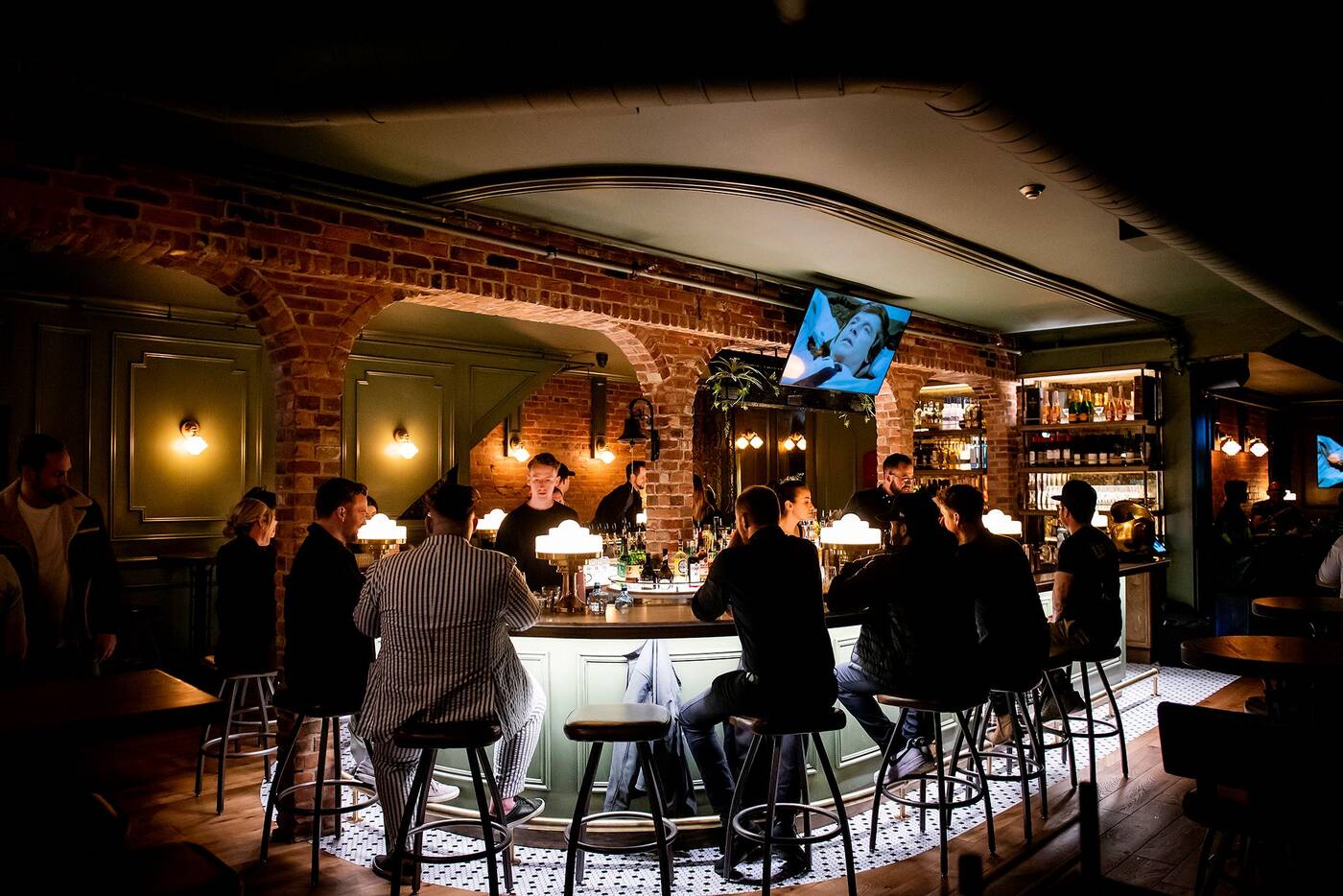 Seats at the bar are normally packed up on weekend nights, but there's plenty of tables that surround it so you can grab a seat, especially if you plan on digging into their food menu.

Classic British fare is the best way to describe the food that's served here, Donnelly refers to these dishes as what he remembers eating as a kid.

You can't go wrong with a plate of fish and chips ($17.00). Two pieces of haddock are crisped to the brim with batter, deep fried, then placed on a heaving bed of fries and mushy peas.

Lemon tartar sauce is served on the side, ready to be engulfed by bites of fish and potato. 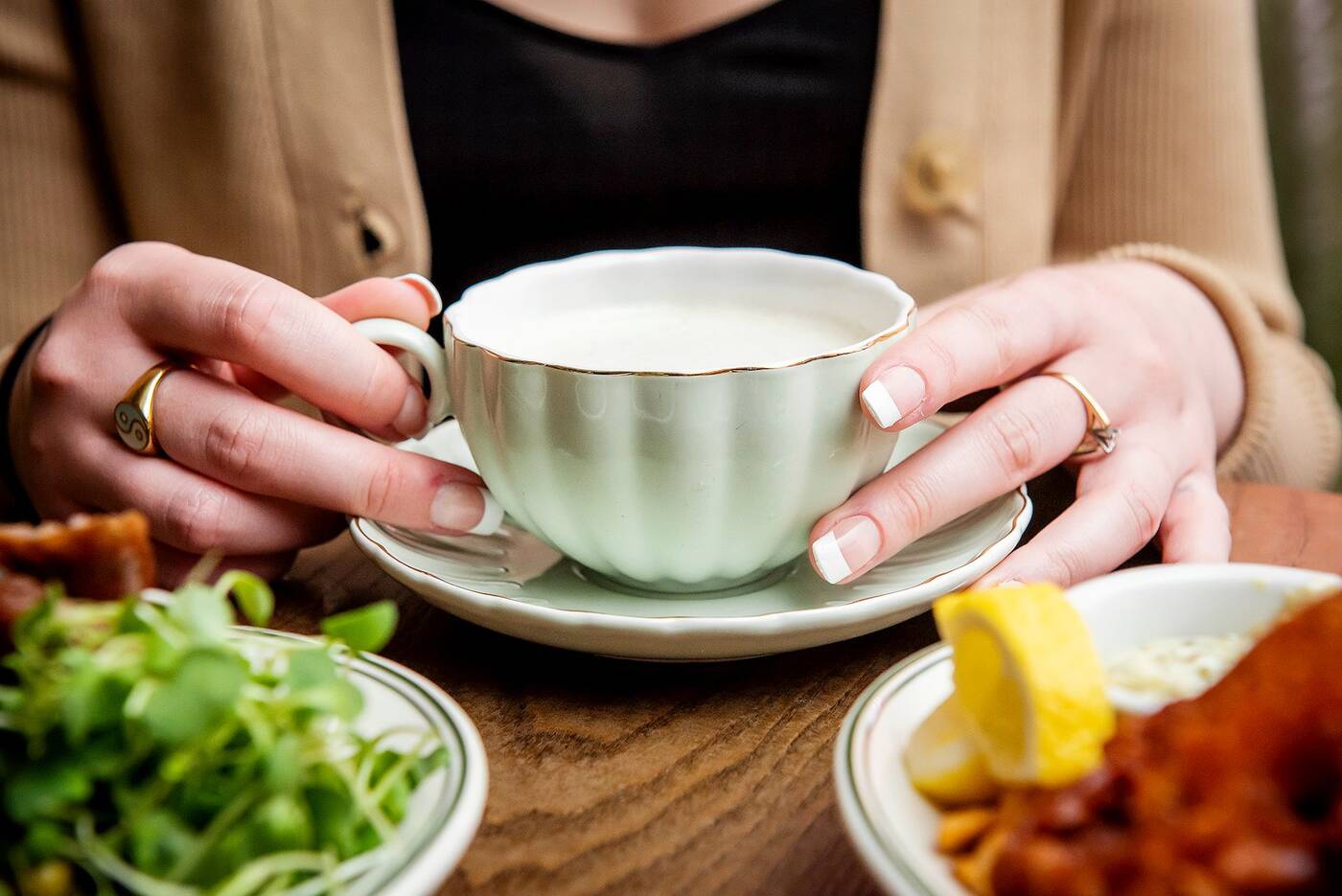 This was the first and only time I'd ever been served a cocktail in a tea cup with a saucer. The drink menu here consists of both British- and Toronto-inspired cocktails.

The Perfect Cuppa Tea ($17.00) consists of Spirit of York gin, lemon, Aquafaba, ginger and date syrup. Sweet, yet very pungent, you'll need a desire for a sour drink if you order this one. 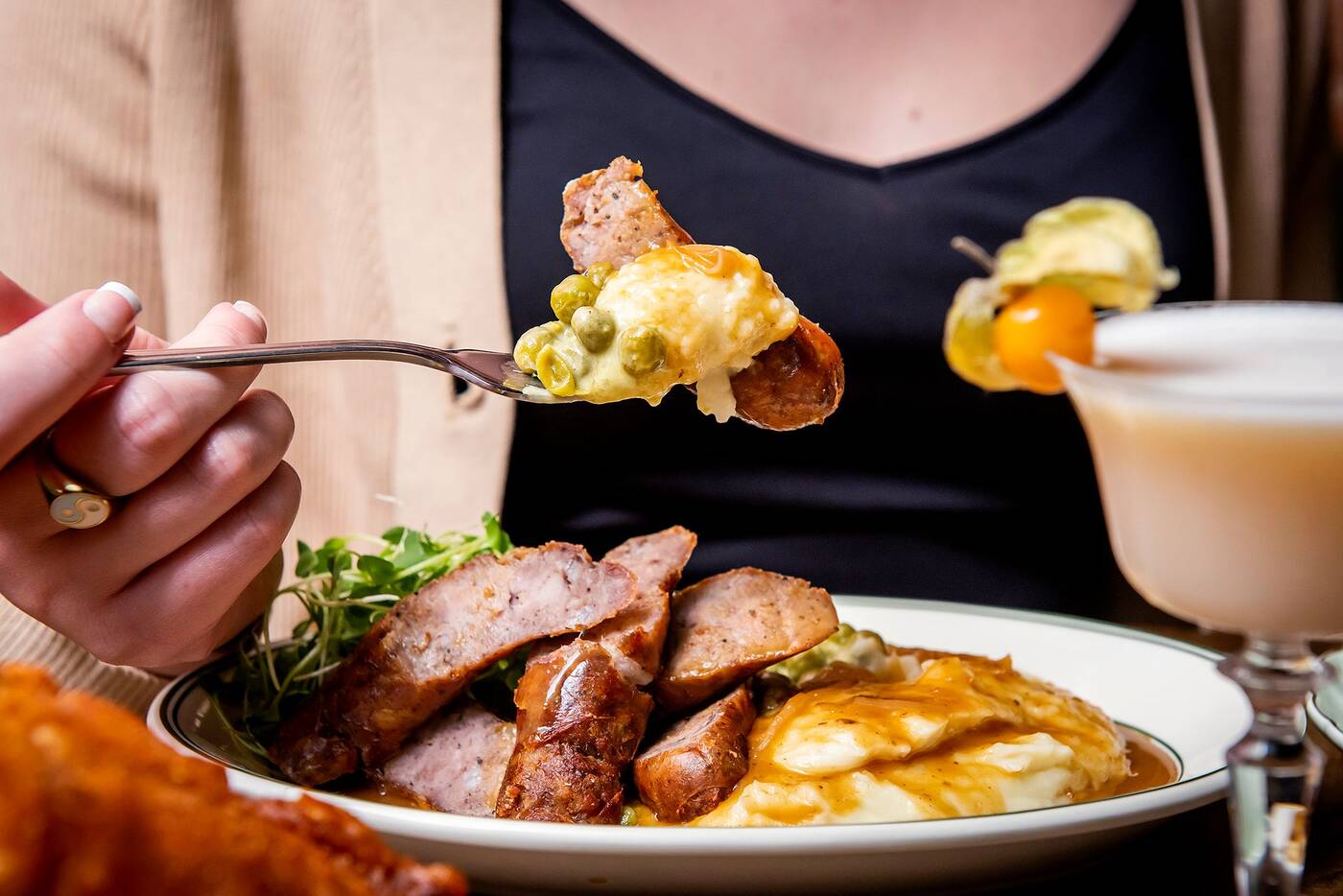 Bangers and mash ($18.00) is served similar to how it sounds. Creamy, roasted garlic mash potatoes swaddle the side of the plate, drenching in a delicious onion gravy.

A pile of thyme sausage accompanies this along with mushy peas — it doesn't get any more British than this. 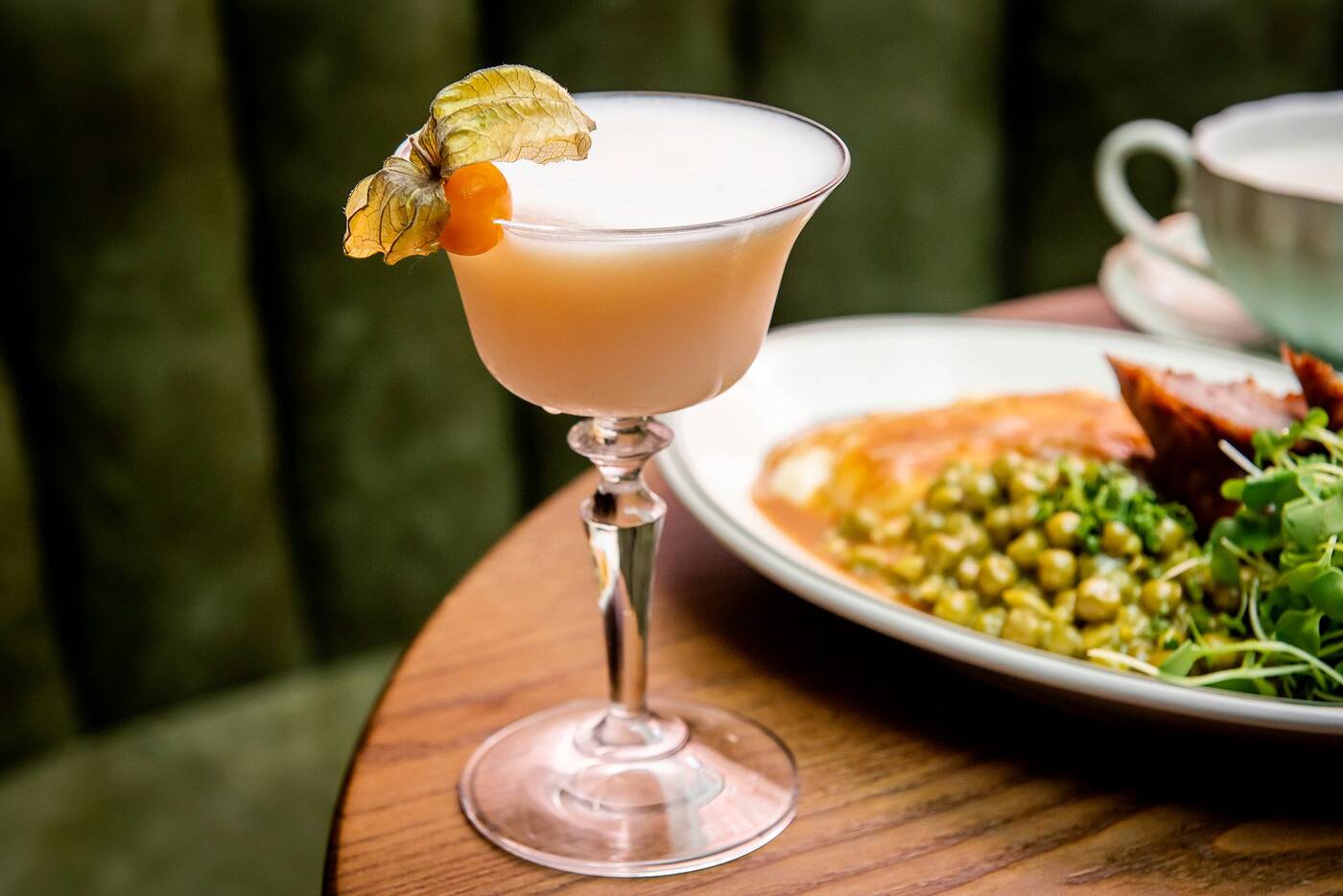 Aquafaba is a vegan replacement for egg whites, made out of the liquid used to perserve chickpeas. 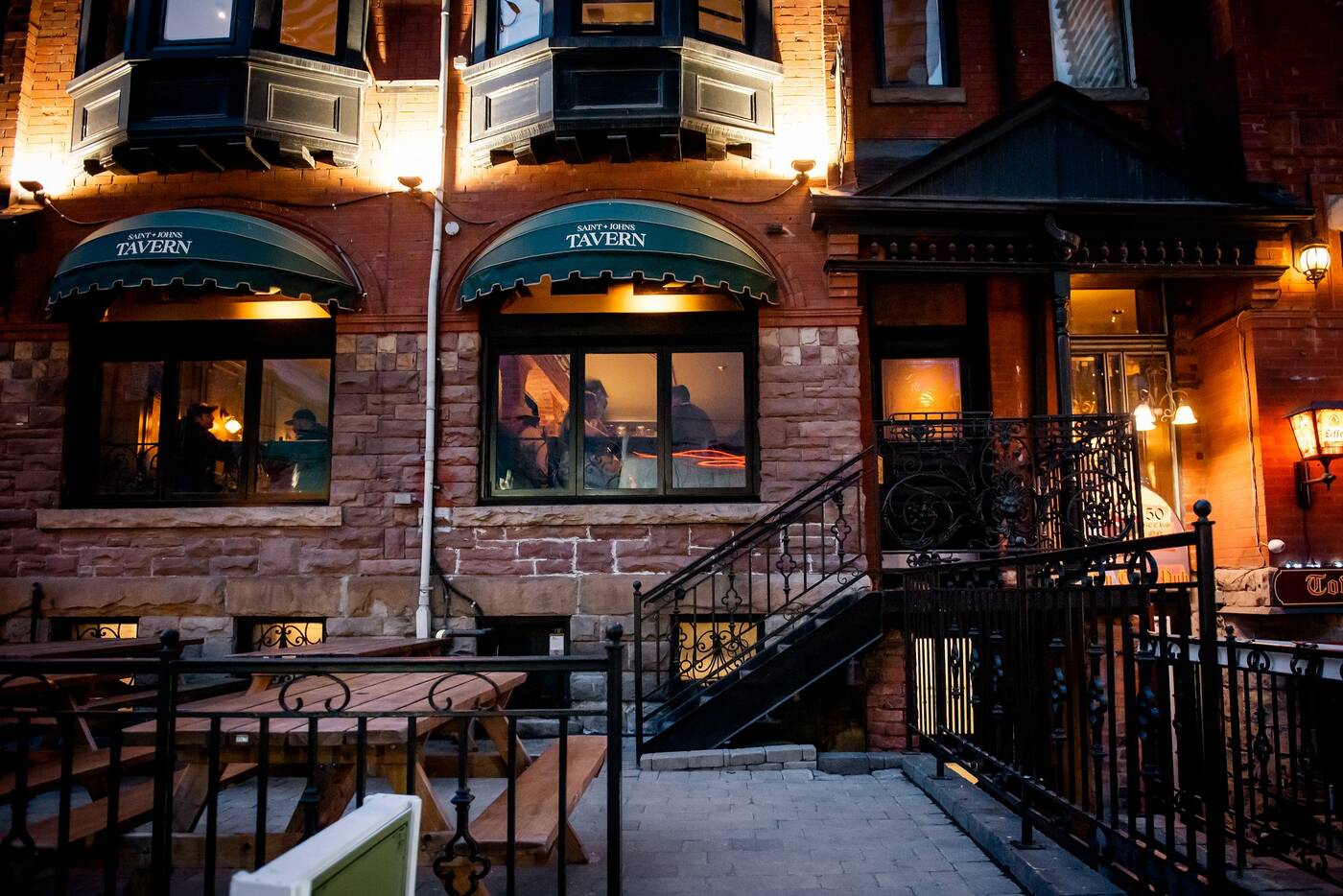 You can find Saint John's Tavern amongst a strip of other classy bars and pubs right off of Adelaide and John, a typical row of fun for a night out in Toronto's Entertainment District.

The Best New Brunch in Toronto for 2022