Burger King has just permanently shut down a Toronto location at a major intersection.

Similar to the McDonald's that once haunted the King and Dufferin area, the Burger King at the intersection was a notorious stop-off for greasy fast food at nighttime. 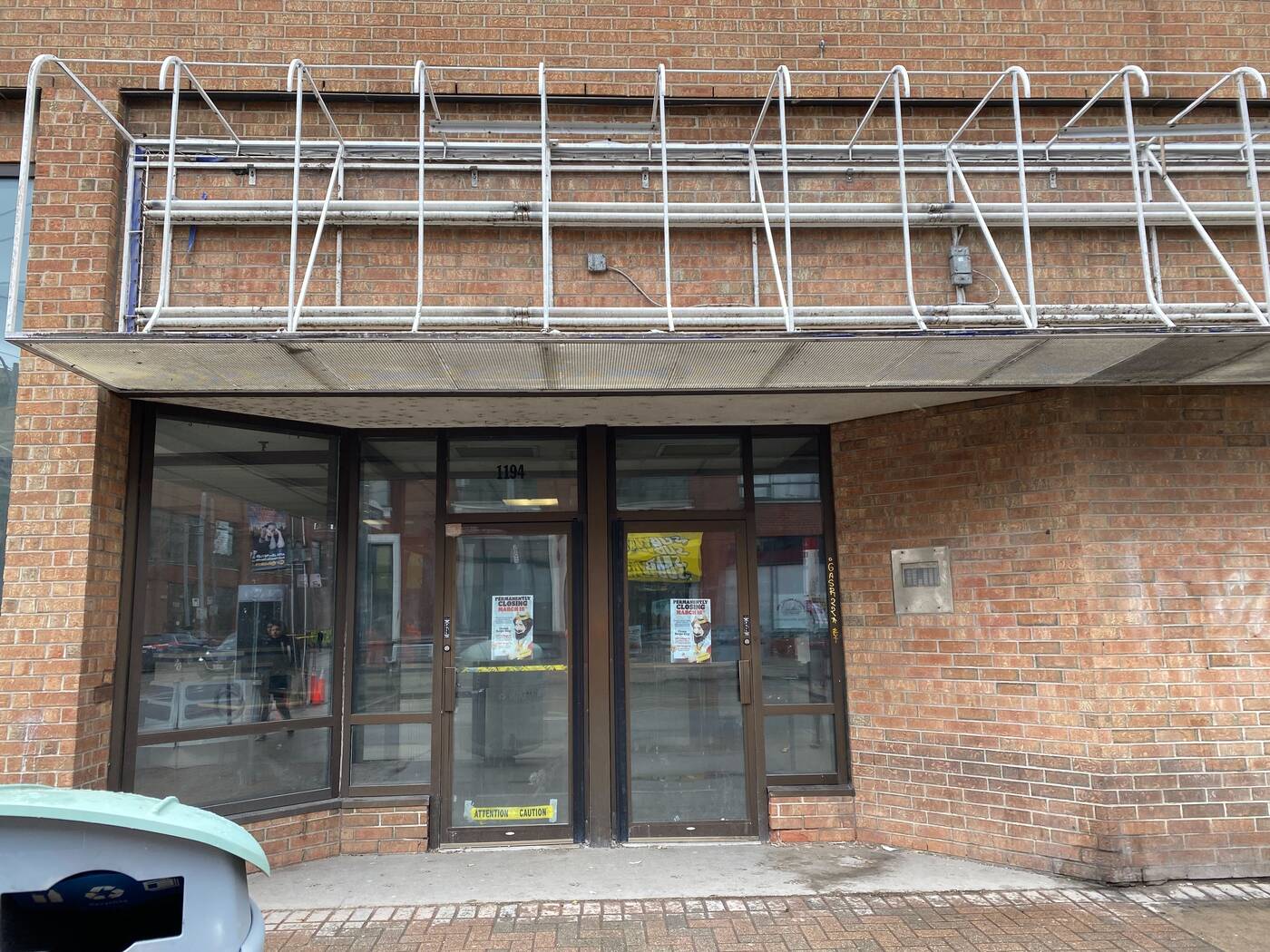 The empty storefront of Burger King at King and Dufferin. Photo by Amy Carlberg.

Food options in the area, including beloved Caribbean restaurant Island Foods, have been razed as of late due to the incoming XO Condos development. 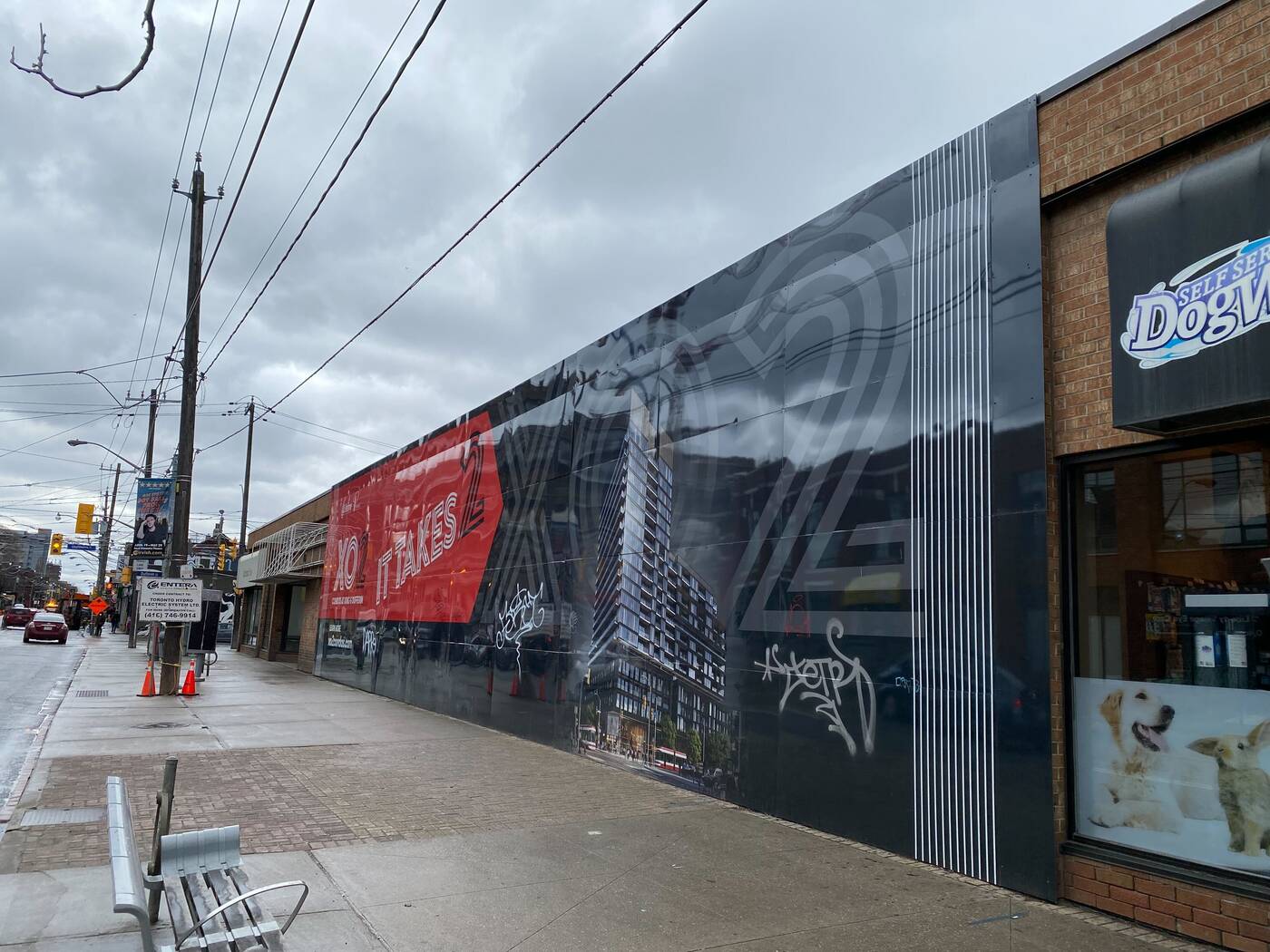 Huge, obnoxious signage is now up where the Island Foods used to be. 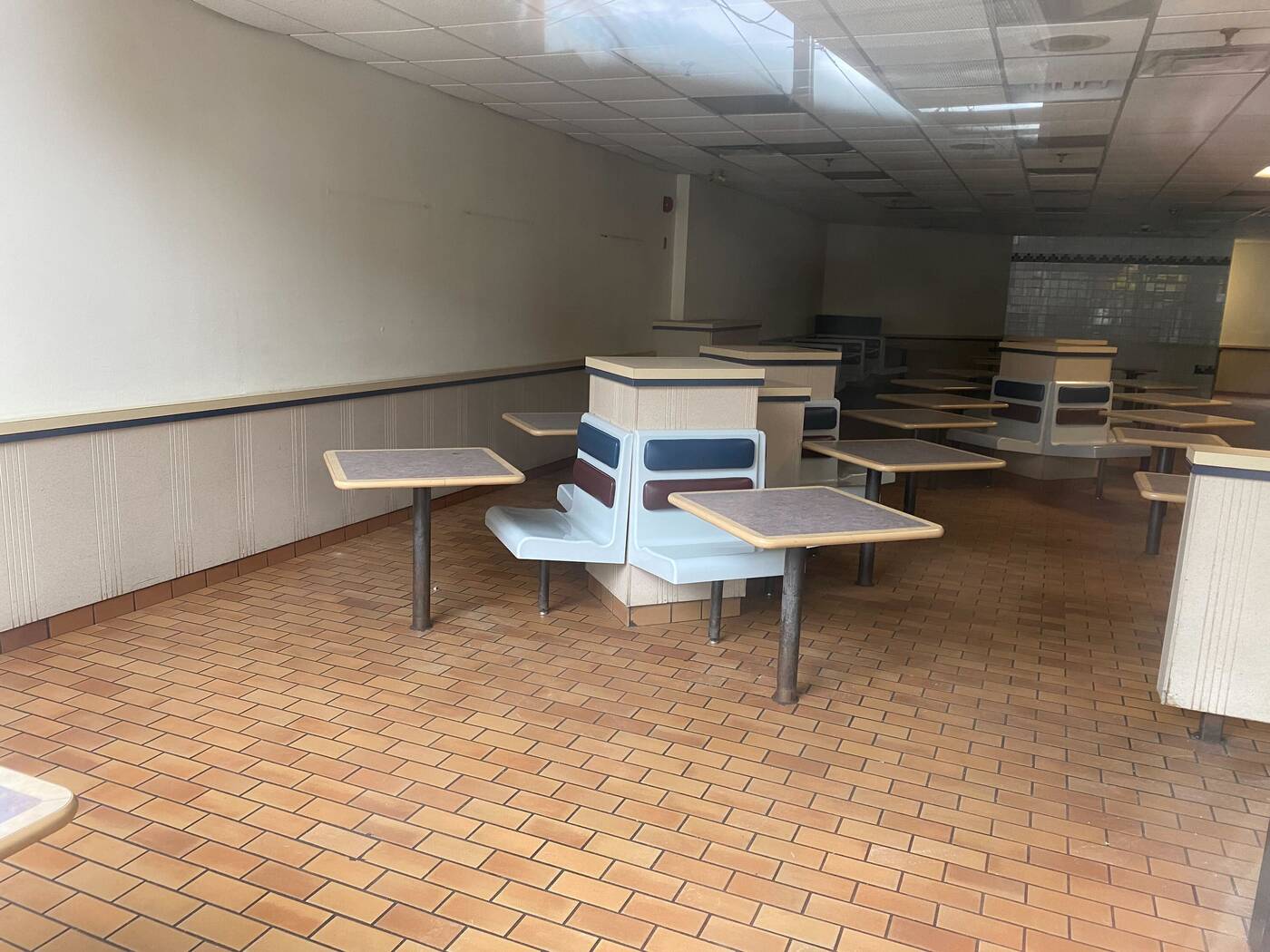 Interior of the recently closed Burger King at King and Dufferin. Photo by Amy Carlberg.

Next to it is the skeleton of the Burger King. 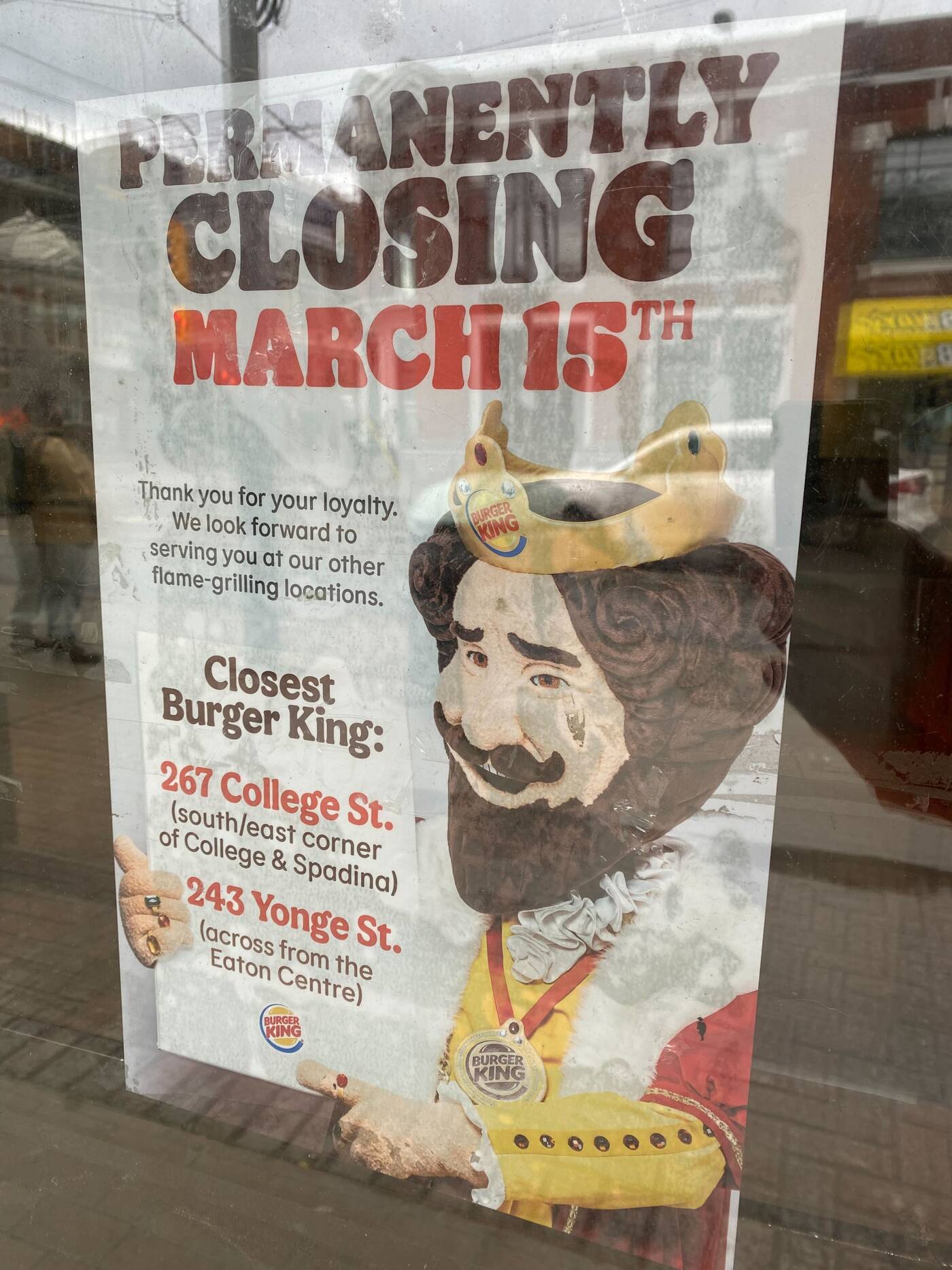 Sign in the window of Burger King at King and Dufferin.

Signage in the window depicting an apologetic mascot says the location permanently closed on March 15, and advises that the closest locations nearby are at College and Spadina, and on Yonge St. across from the Eaton Centre.