They were only around for a few months, but Tim Hortons' Timbiebs were a smash-hit, the result of an unexpected partnership between the ubiquitous coffee chain and Ontario-born multi-platinum recording artist Justin Bieber.

Rolled out last November to rave reviews, these limited-edition Timbits were available in Chocolate White Fudge, Sour Cream Chocolate Chip and Birthday Cake Waffle flavours. But anyone looking to snack on one of these calorie-packed treats today will have to manage with a dull, regular Timbit.

Of course, not everyone is willing to settle with a Timbiebs-less existence, and nothing is impossible when you have enough money. Apparently, another homegrown talent developed a bit of a taste for the treats, with Toronto megastar Drake revealing that he wants Timbiebs back ASAP.

In an IG story shared with his 104 million followers on Sunday, Drizzy shared a photo from fitness trainer and supplement supplier Mike Van Wyck with the caption, "Really upset that they got rid of the Tim Biebs." Drake followed this up with his own line, calling on Justin Bieber himself with the request, "let's right this wrong." 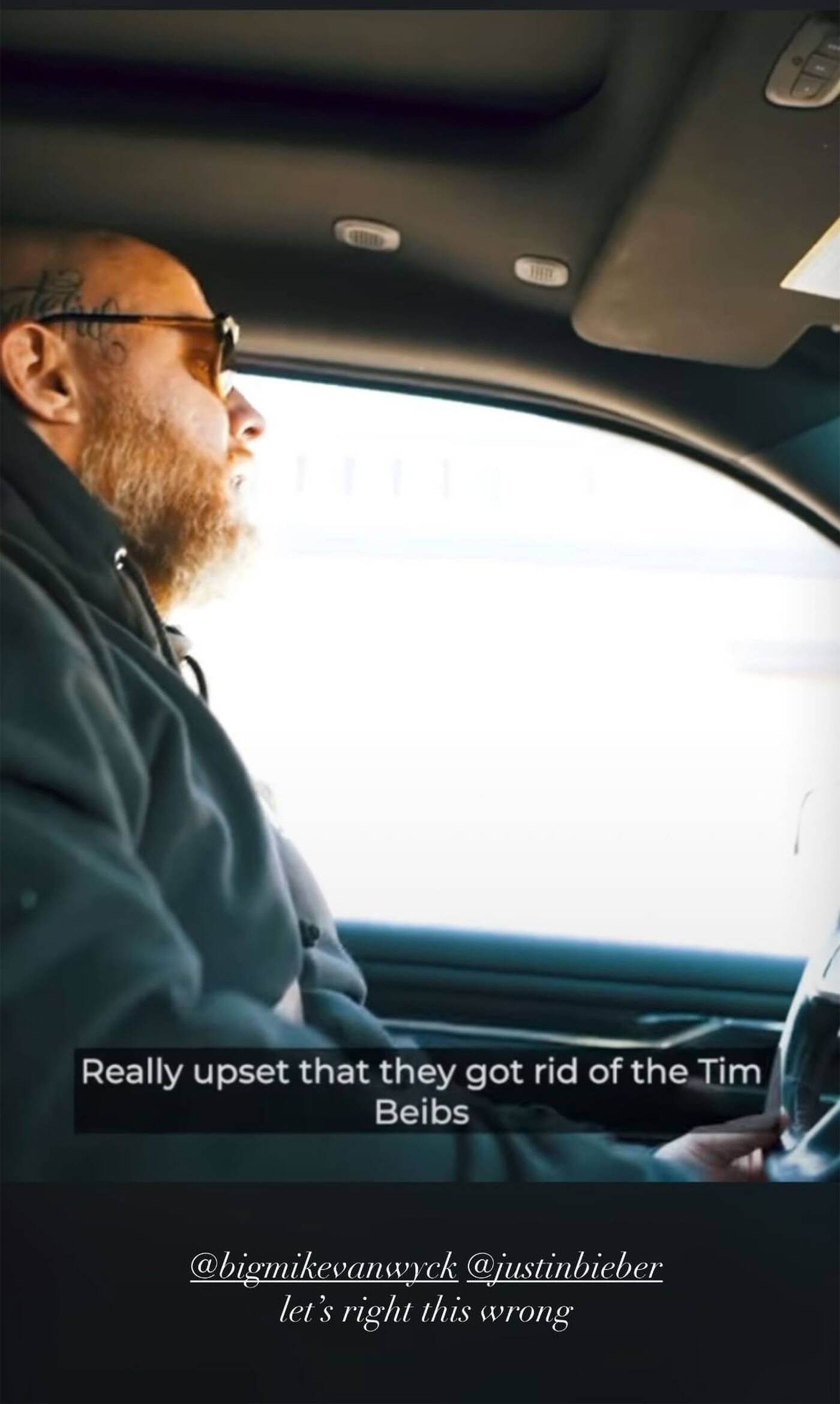 In late February Drake offered to throw money at the situation when another one of his beloved snacks went out of production, offering to buy Randy's Patties after the beloved Toronto institution closed its doors.

And there's a pretty clear business case for bringing the donut flavours back, according to a February report from Restaurant Brands International, the owner of Tims.

Drake might not need to involve himself much, though, as the company's CEO, José Cil, has called himself "a Belieber," and publicly stated that fans of the sugary bites "can expect to see more from this exciting partnership in the year ahead."