A Pakistani hot table joint known for its reasonable prices and popularity with cabbies has closed down in Toronto.

King Palace was distinctive for its large circular sign that once belonged to a donut shop and its hours that extended until late at night.

It resided in the quirky bend Church takes right before it turns into Davenport at Yonge, and served classics like aloo gobi, palak paneer and dal makhani from an extensive menu.

It's now up for lease by City Commercial Group, signs up in the window. About six months ago there a hotel was proposed at the site. 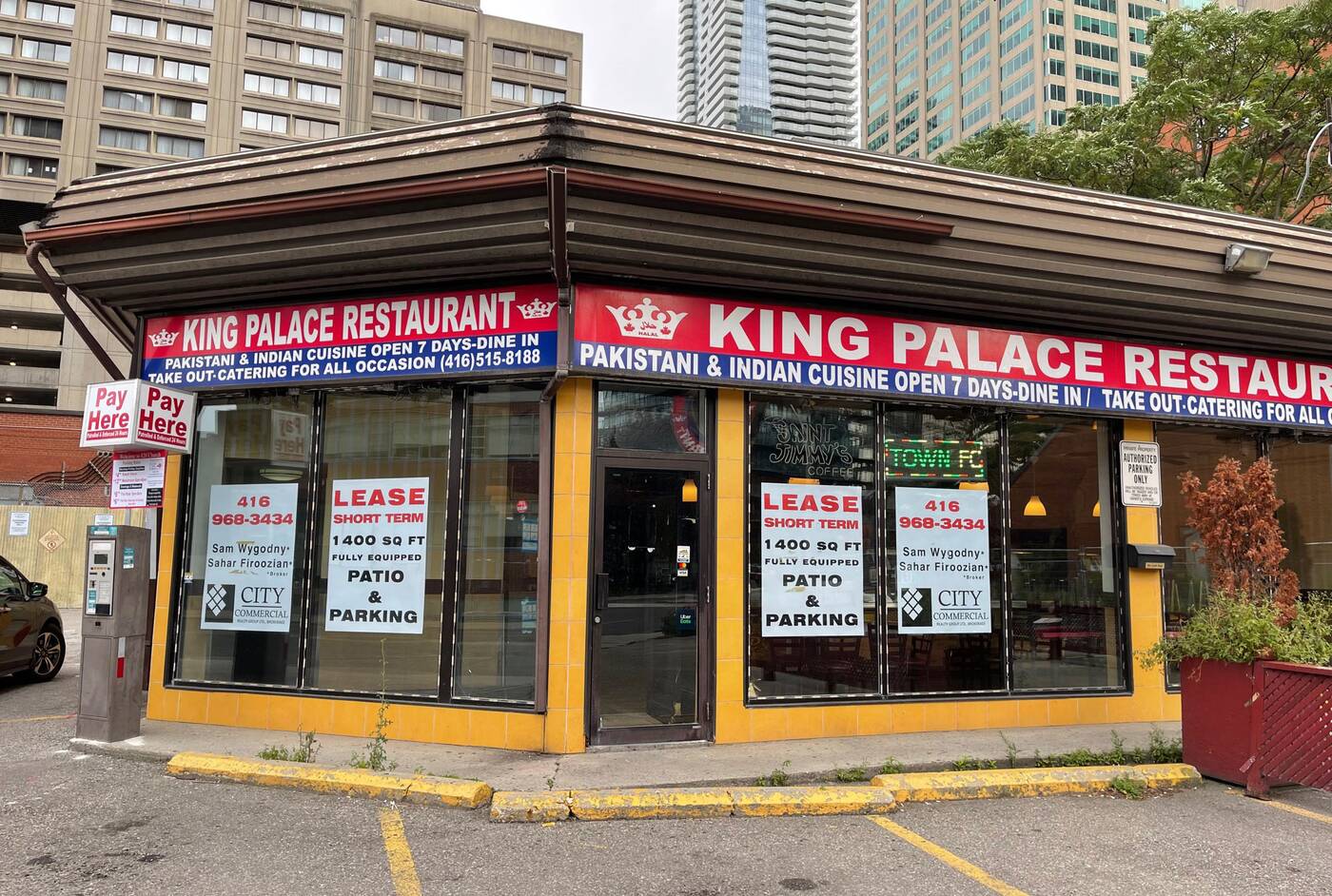 For Lease signs cover the windows of King Palace. Photo by blogTO.

Rumours on Reddit claim that there was a separate "taxi menu" that was better than the food from the hot table, which people say was usually reheated. Some people also say they had raised their prices, and that the restaurant had recently changed hands.

For Lease signs say the restaurant is up for short term lease. blogTO was unable to reach King Palace for comment, so it remains to be seen what might become of the unusual but memorable spot.