Toronto is getting a massive new beer hall

Toronto is already known for having some of the best breweries and craft beer bars in the country, and that reputation is about to get even better with the announcement that Toronto will be getting its first ever Beertown Public House location later this month.

Beertown is a popular Ontario chain of craft beer bars that has locations in many cities including London, Waterloo, Oakville, and Guelph. Their popular slogan is "A beer for everyone" and with dozens of drink selections to choose from, they have no problem fulfilling that slogan.

After a year where Toronto lost some of its favourite restaurants, having an exciting new pub open up, could be just what this city needs as a sense of normalcy begins to return. 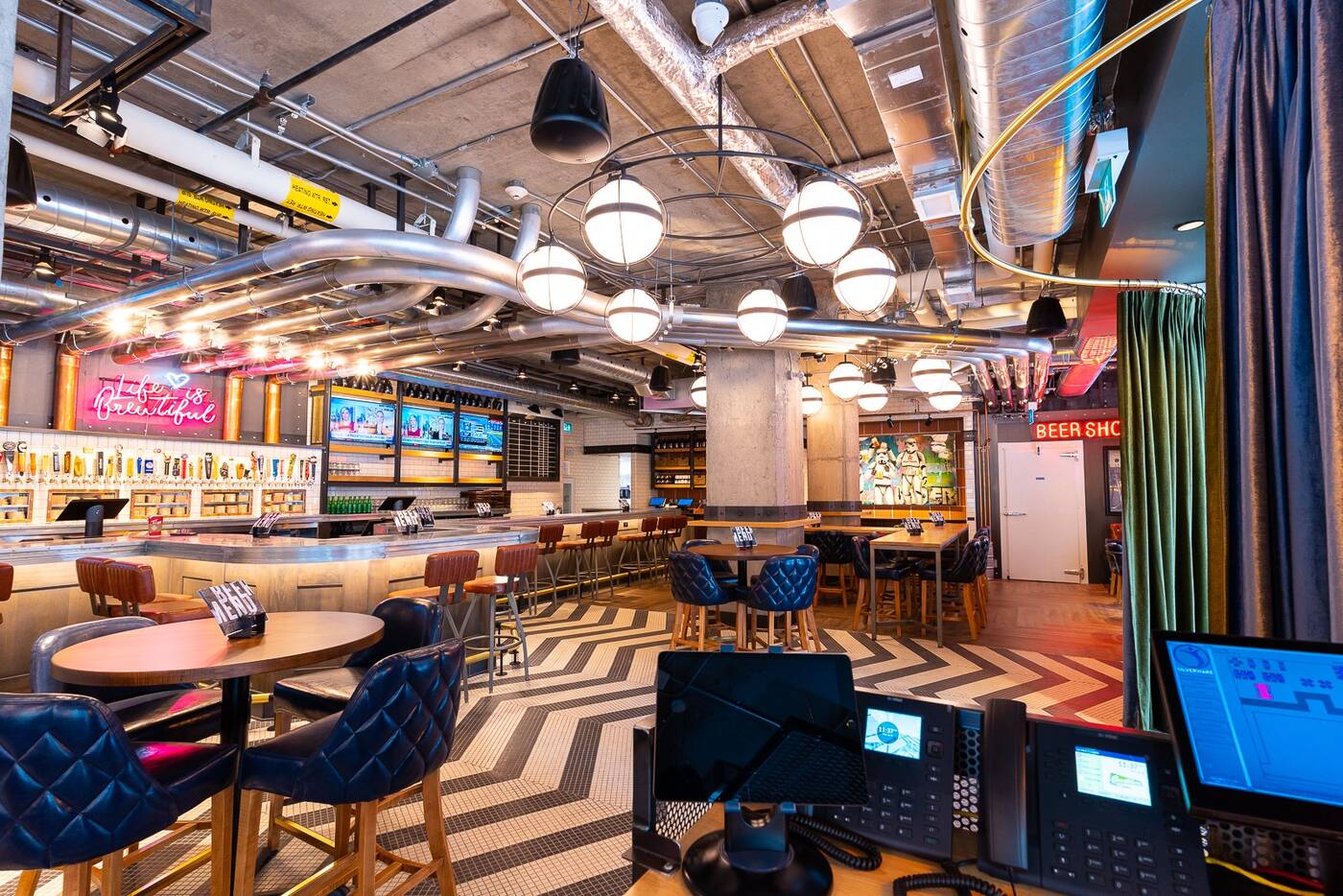 Owned by Charcoal Group, the Beertown chain has quickly become one of Ontario's most popular franchises since first opening in 2012.

"The summer feels like a re-birth for Toronto and the restaurants that have been struggling throughout the pandemic," said CEO and partner of Charcoal Group, Jody Palubiski via press release.

"The city truly feels alive again – we couldn't think of a better time to open our doors."

Located at 125 Wellington Street West at University just next to the Financial District, the new location will officially be opening as of August 12 with a menu that includes both plant-based and gluten free options.