Head to an alley north of the city for what might be the most unique pizza in the Greater Toronto Area. This Markham alleyway pop-up pushes the boundaries with a bold and blasphemous take on the Italian classic. Alleyway pizza sounds wrong but tastes so right.

The full-time accountant and father of two piloted his pop-up in April and has since been selling his standout pizza exclusively on weekends. 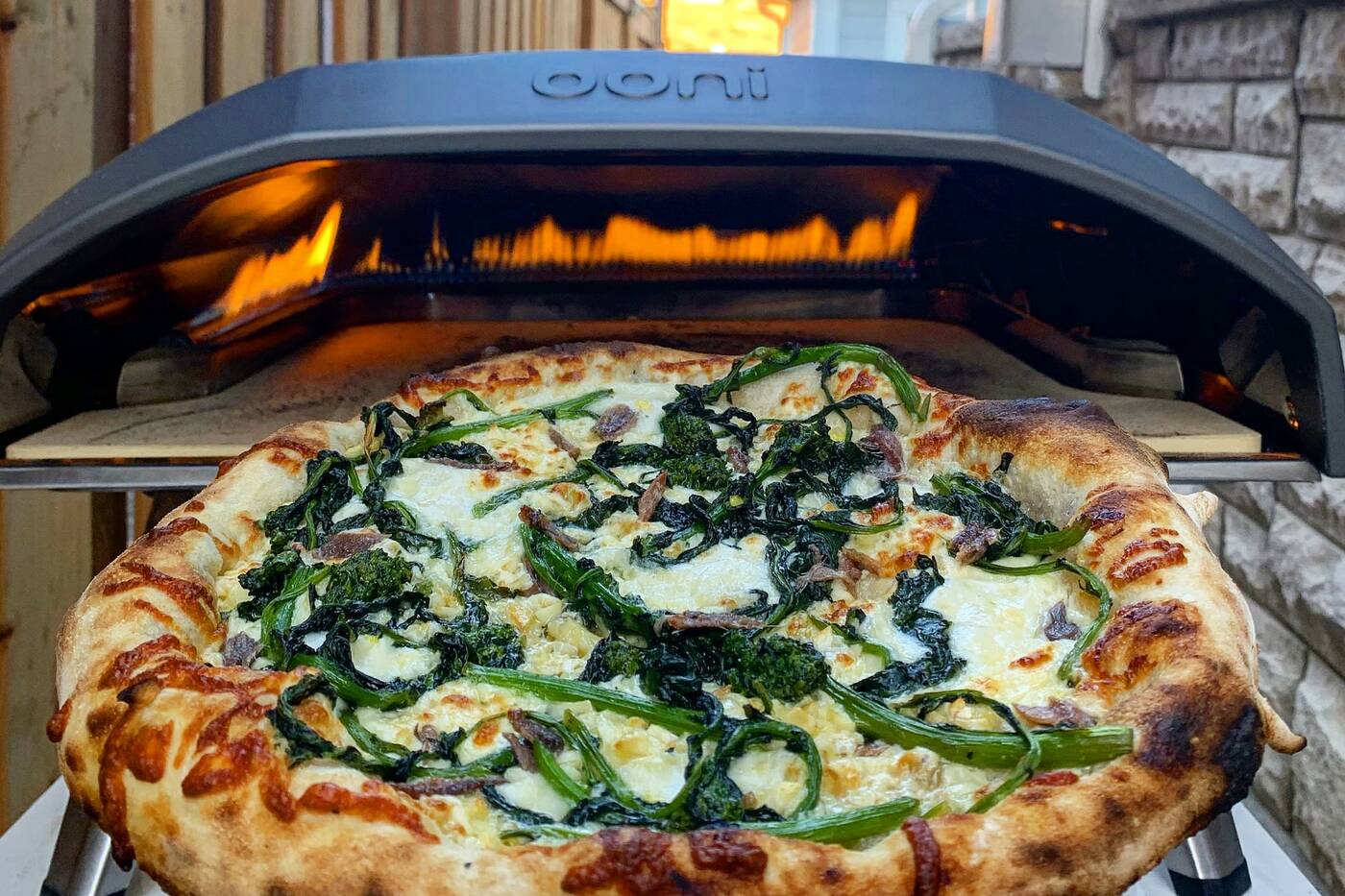 Orders are placed through Instagram and are picked up in the laneway behind his home. Matt has no professional culinary experience, but manages to make phenomenal pizzas with unorthodox toppings you cannot find anywhere else in the city.

He incorporates unique ingredients into his craft. Some of his pizza creations include Shrimp with Vietnamese Curry, Oyster Mushrooms with Miso butter, Asparagus with Pistachios, Brussels Sprouts with Pancetta, and Cinnamon Toast Crunch Churros with Nutella.

"I have no boundaries in the kitchen. My palate is all over the place," Matt says. He raises the bar by experimenting with unthinkable toppings - kiwi, tuna poke, beans, and peaches, to name a few. This offbeat approach to pizza is what sparks intrigue amongst customers.

The toppings may be unconventional, but he keeps the crust - a key element to a good pizza - traditional. It is puffy with a good balance of chew, airiness, and crunch. The tomato sauce is kept simple and raw so it can speak for itself. 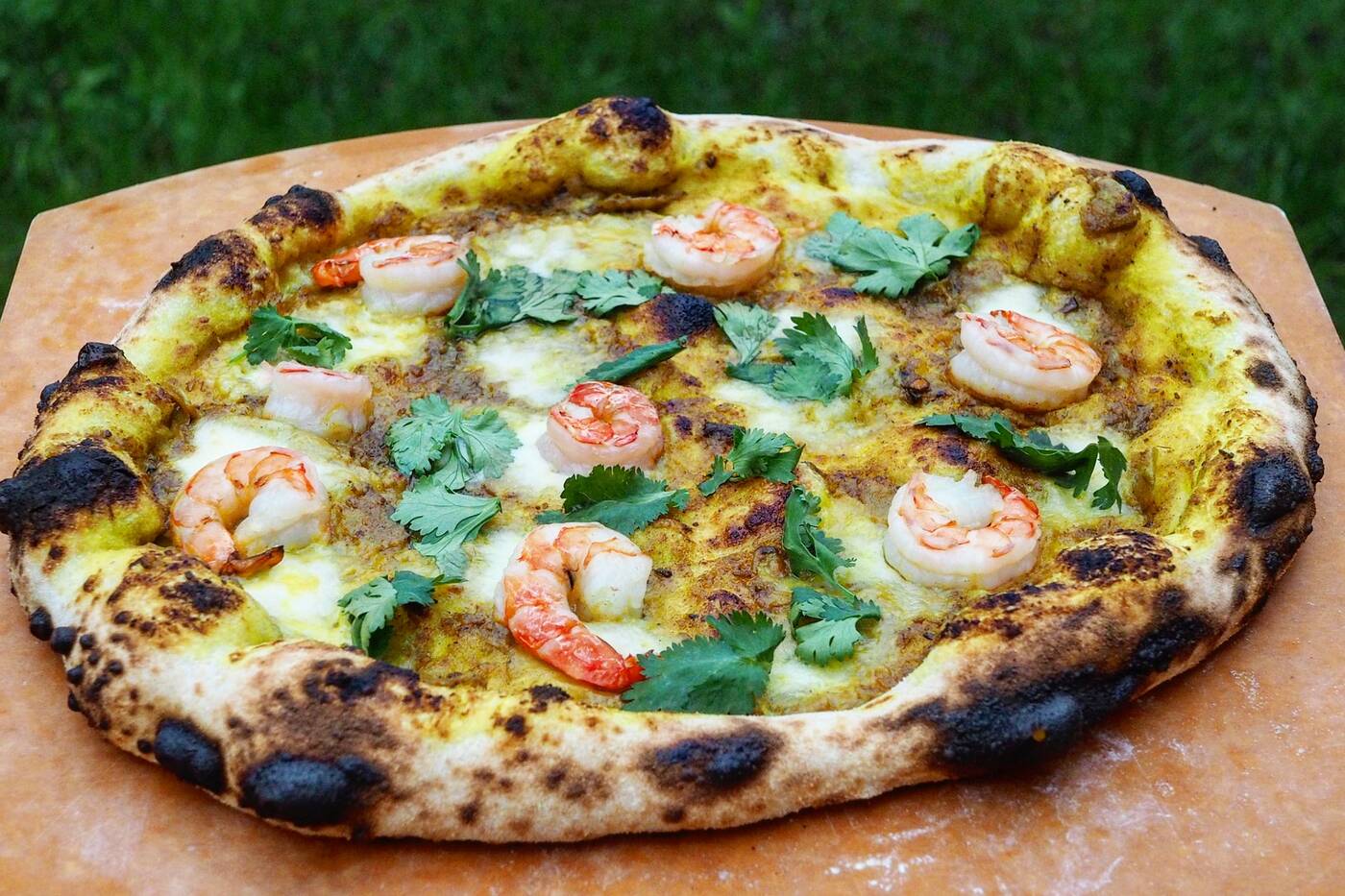 Matt's interest in bread making bloomed during lockdown. The sourdough craze took off and Matt hopped on the bandwagon. Soon after, he was immersed in the endless possibilities of his newfound hobby.

He compares working with sourdough to raising a child. "I can’t just close my eyes and do it," he says. Successfully maintaining a sourdough starter requires practice and precision. There are many variables at play: feeding schedules, temperature, hydration and acidity. 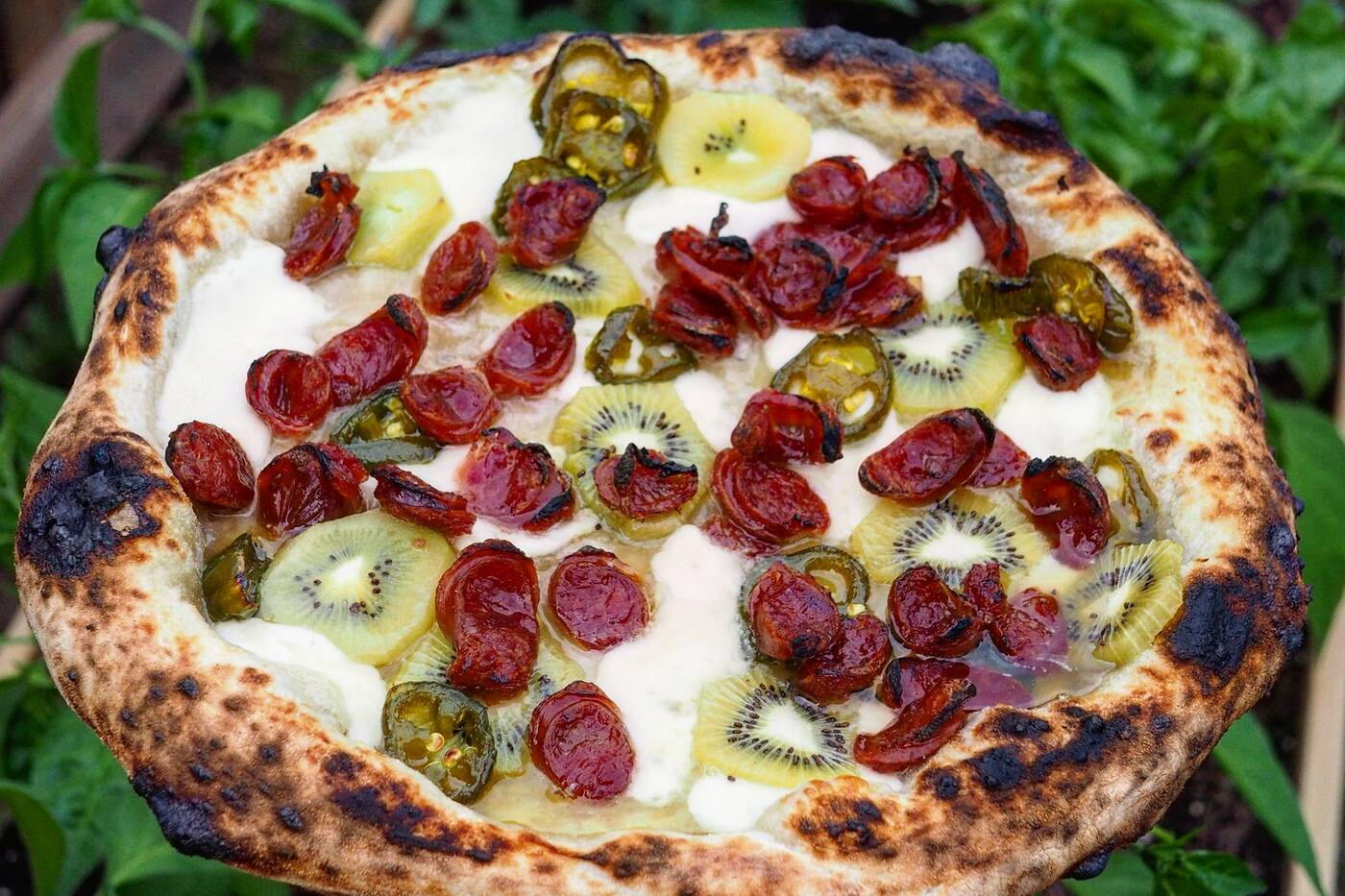 He attributes much of his knowledge and inspiration to the Instagram pizza community. Although most of the community members have never met in person - this niche pocket online is familial, tight-knit, and supportive.

During Matt's evolution from a sourdough newbie to a pizzaiolo firing up restaurant-quality pies, the online community has been by his side for the entire ride.

Matt connected with Mike Vaona, author of Baking With Rosehill Sourdough and Head of Engineering and Technology at Ooni in Scotland. 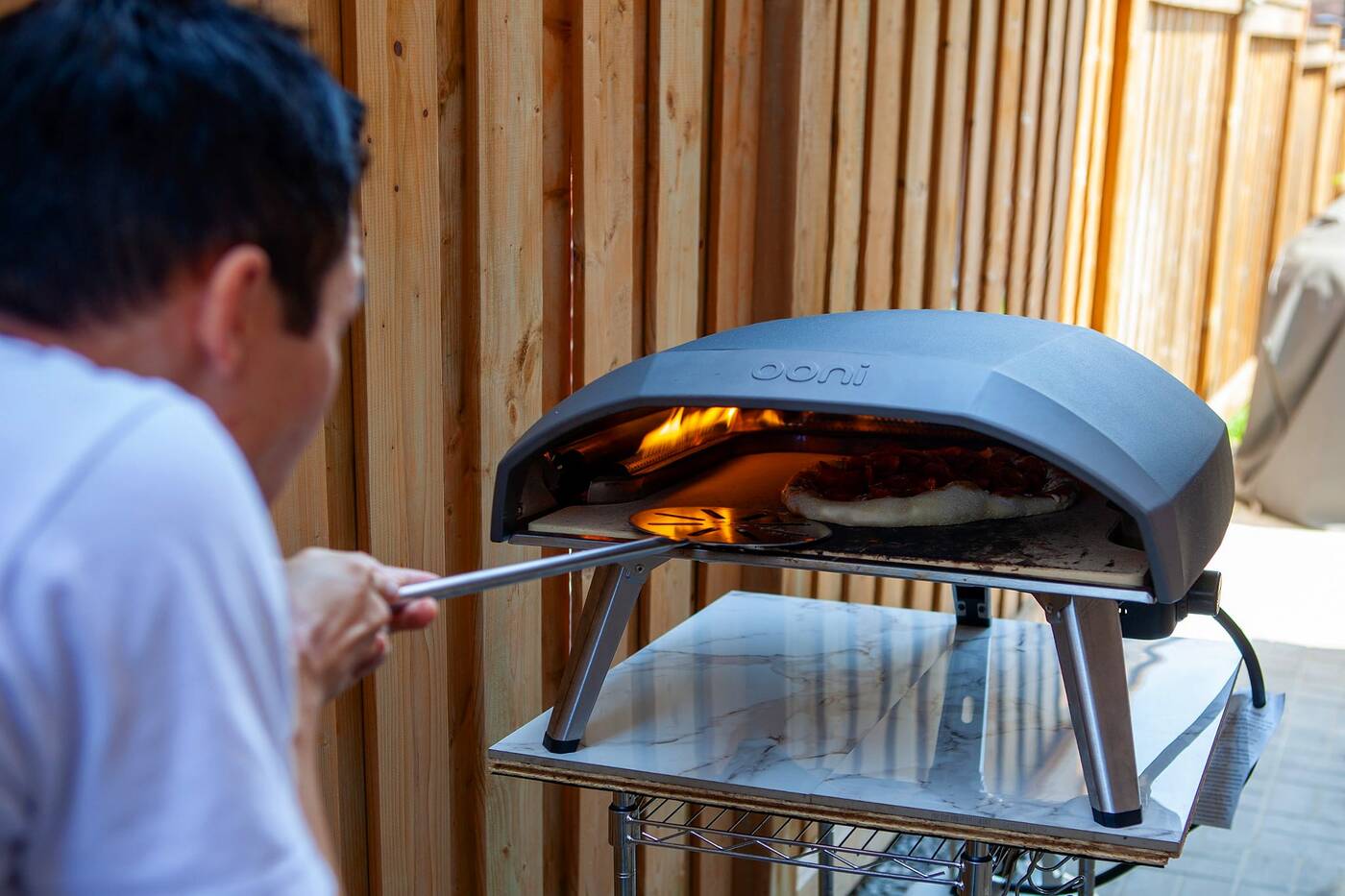 Ooni is the maker of the world's first portable pizza oven and has established itself as the most innovative brand in the market. Matt tagged Vaona in a pizza photo on Instagram, and the knowledge-sharing relationship bloomed from there.

Whenever Matt had questions relating to sourdough or pizza ovens, Vaona - with his extensive knowledge - was always eager to offer advice. Vaona is an expert in the field and has a wealth of information on all things sourdough.

"I think his pizzas look awesome and I’m so glad that he's able to make a side business out of it." 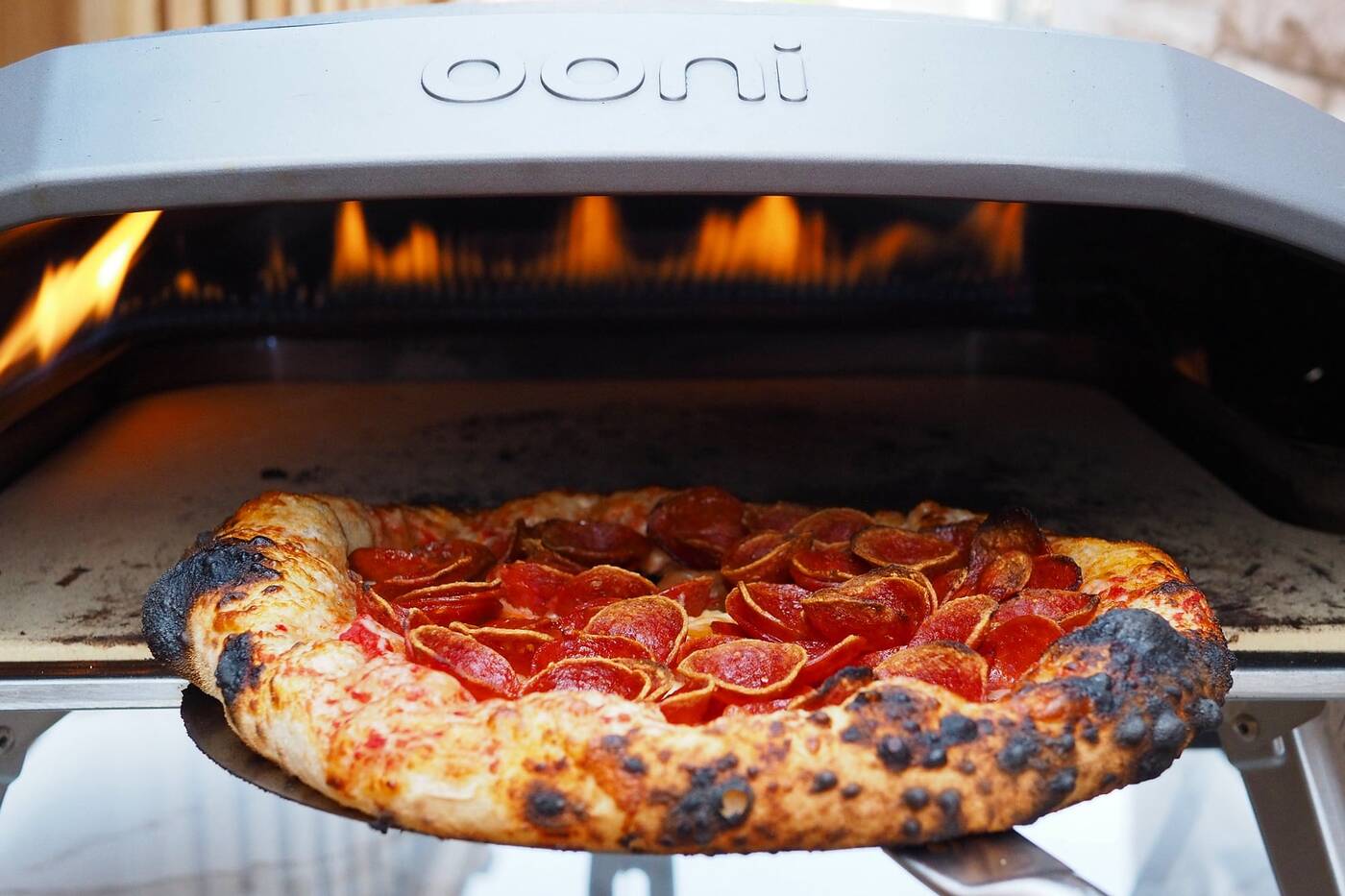 Whether it's support from local companies like Darebuilt, who customizes baking steels and pizza peels to suit Matt's needs, or an expert in Scotland serving as a sourdough coach - the Instagram community serves as a key resource for Matt's creative inspiration and development.

Matt participates in weekly games on Instagram where pizza makers are given a theme or #randompizzatopping as a challenge. 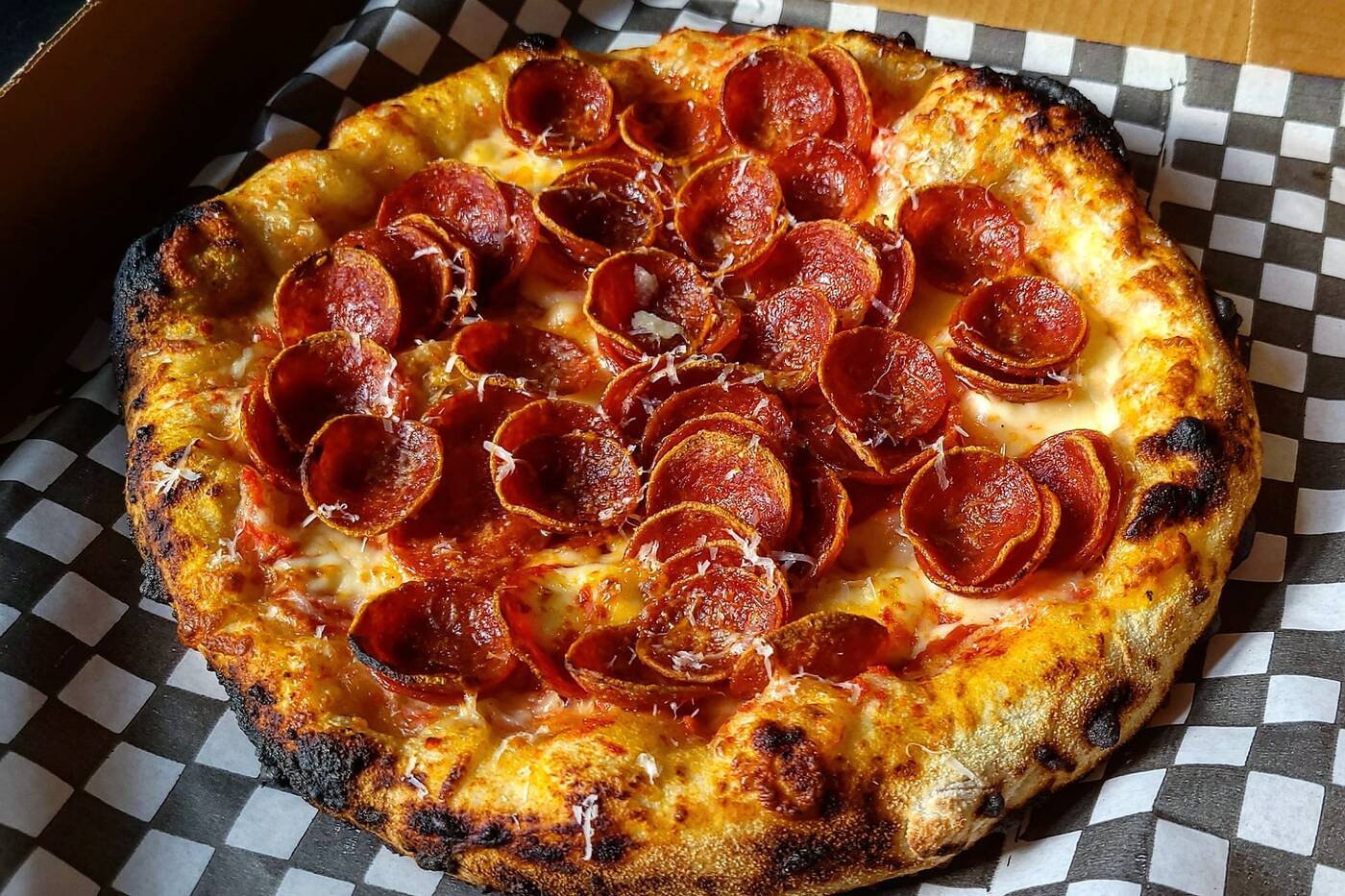 For #MoviePizzaWeek, he dedicated a pizza to 'Bean,' a film based on the Mr.Bean comedy series from the '90s. The ingredients included chipotle black bean puree, marinated edamame, and white beans. 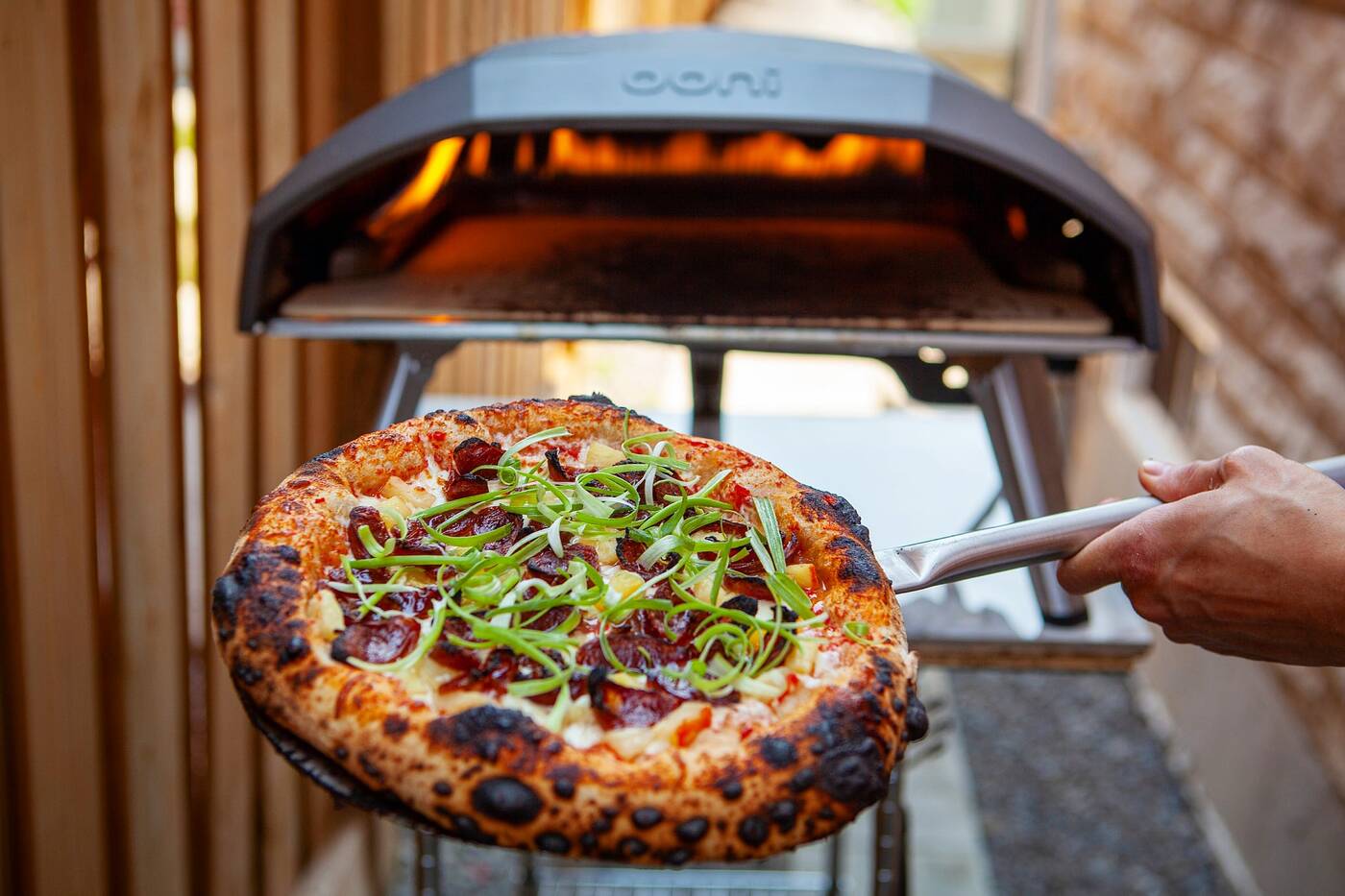 His ideas come and go. Not all of them translate well onto a pizza, but the good ones will earn a spot on the menu.

His pop-up's best-seller is the Funky Hawaiian - a fusion approach to the already controversial ham and pineapple pizza invented in Canada. Matt’s spin on the Hawaiian pizza features Lap Cheong - a Chinese sausage - pungent spring onions, and pineapple. 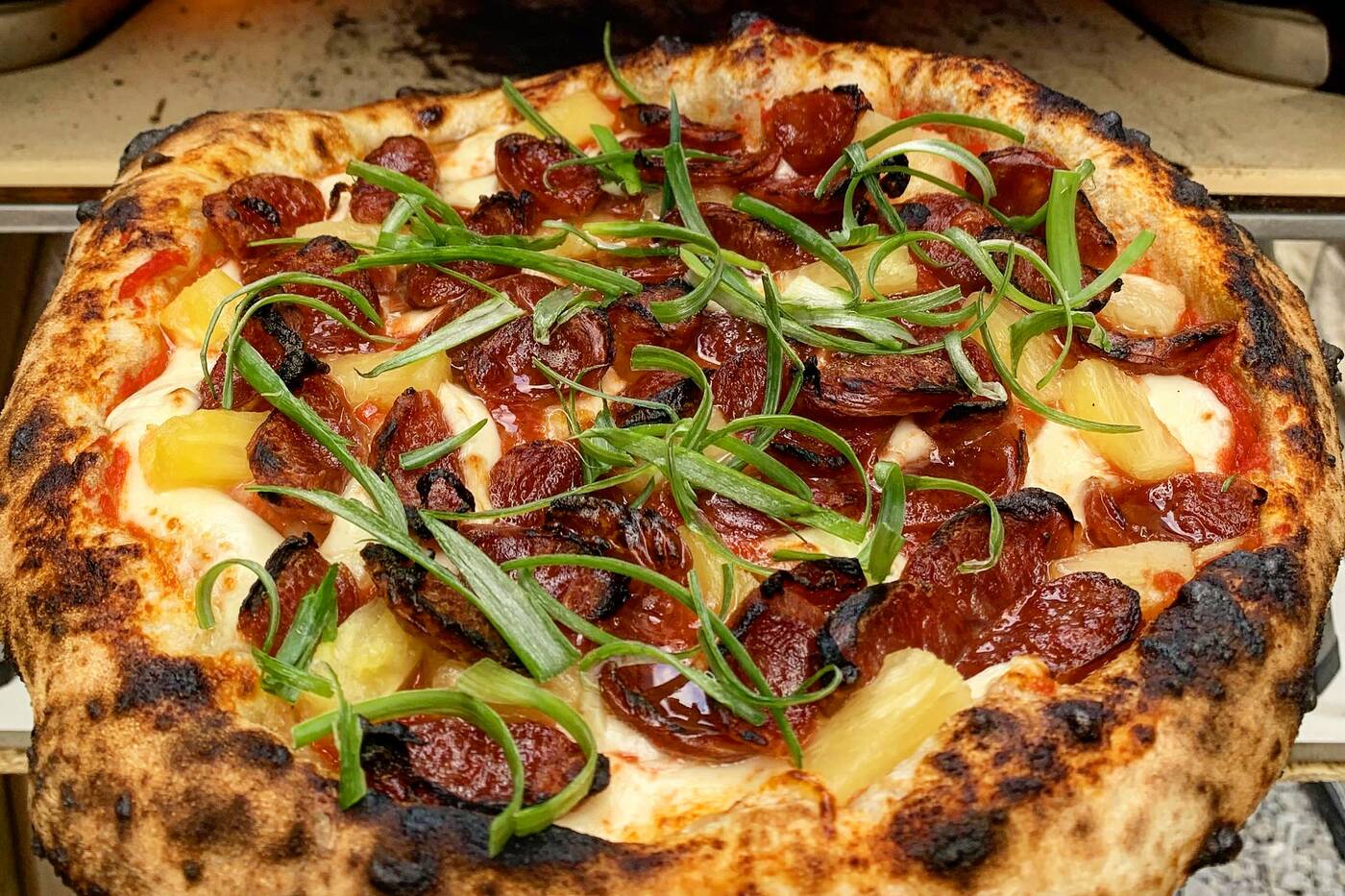 Similar to pepperoni, Lap Cheong - when sliced thinly - crisps and curls in the oven due to its high fat content. It offers rich, sweet, and salty notes that work well on a pizza.

Lap Cheong is a common ingredient used in Asian cooking and is traditionally steamed or boiled. His customers say they never imagined it would work so well crisped on a pizza. The Funky Hawaiian has been well-received and is currently outselling the trusty pepperoni. 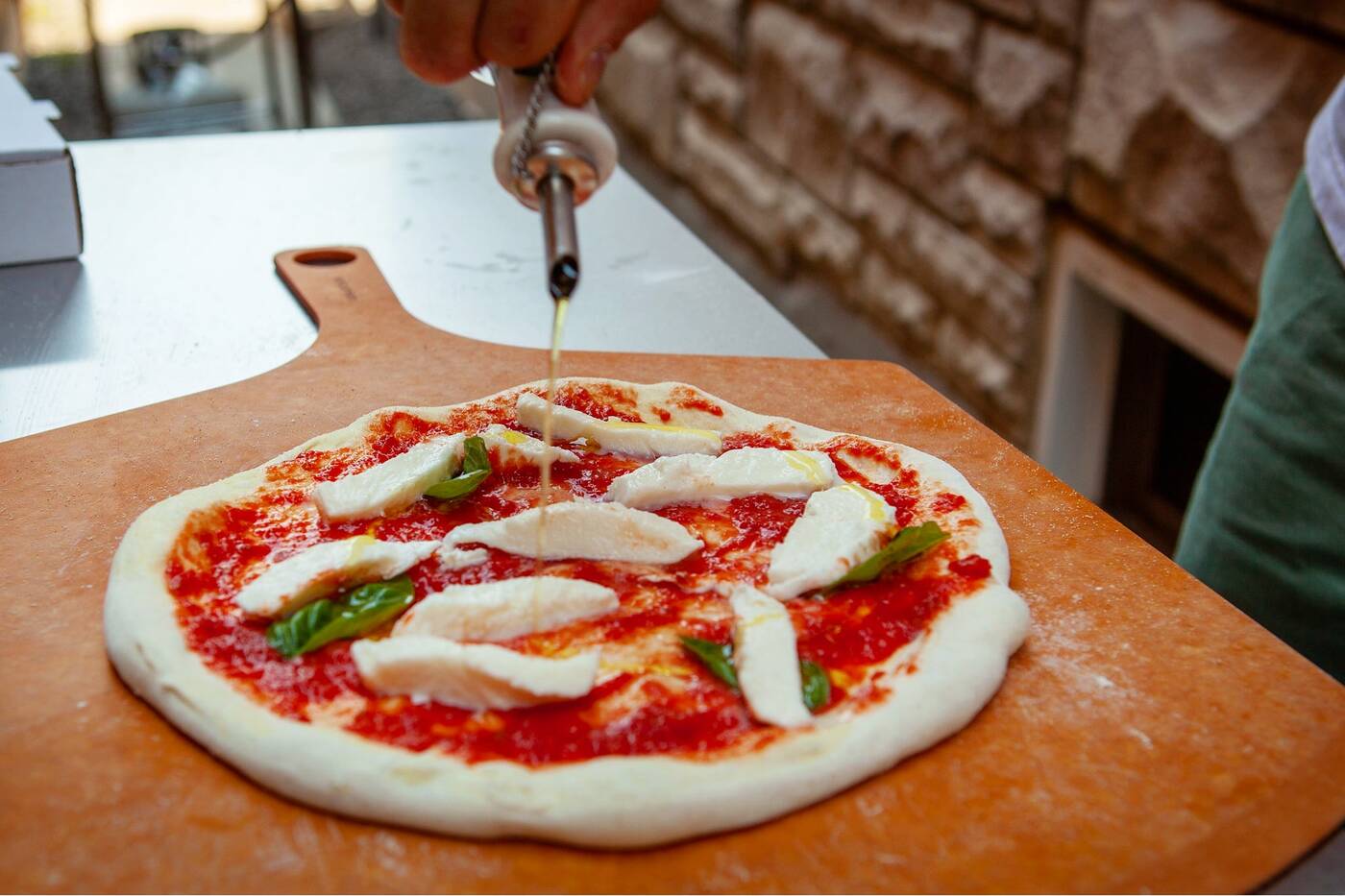 For those who prefer to dive into the hot grease pools of Cup’N'Char pepperoni, Matt also has the popular Roni Cups as a permanent menu item. Another less adventurous, but equally delicious menu offering is the classic Margherita pizza.

Running the pop-up is not about making money. Matt's goal is to share his passion and creativity with others while garnering product feedback. 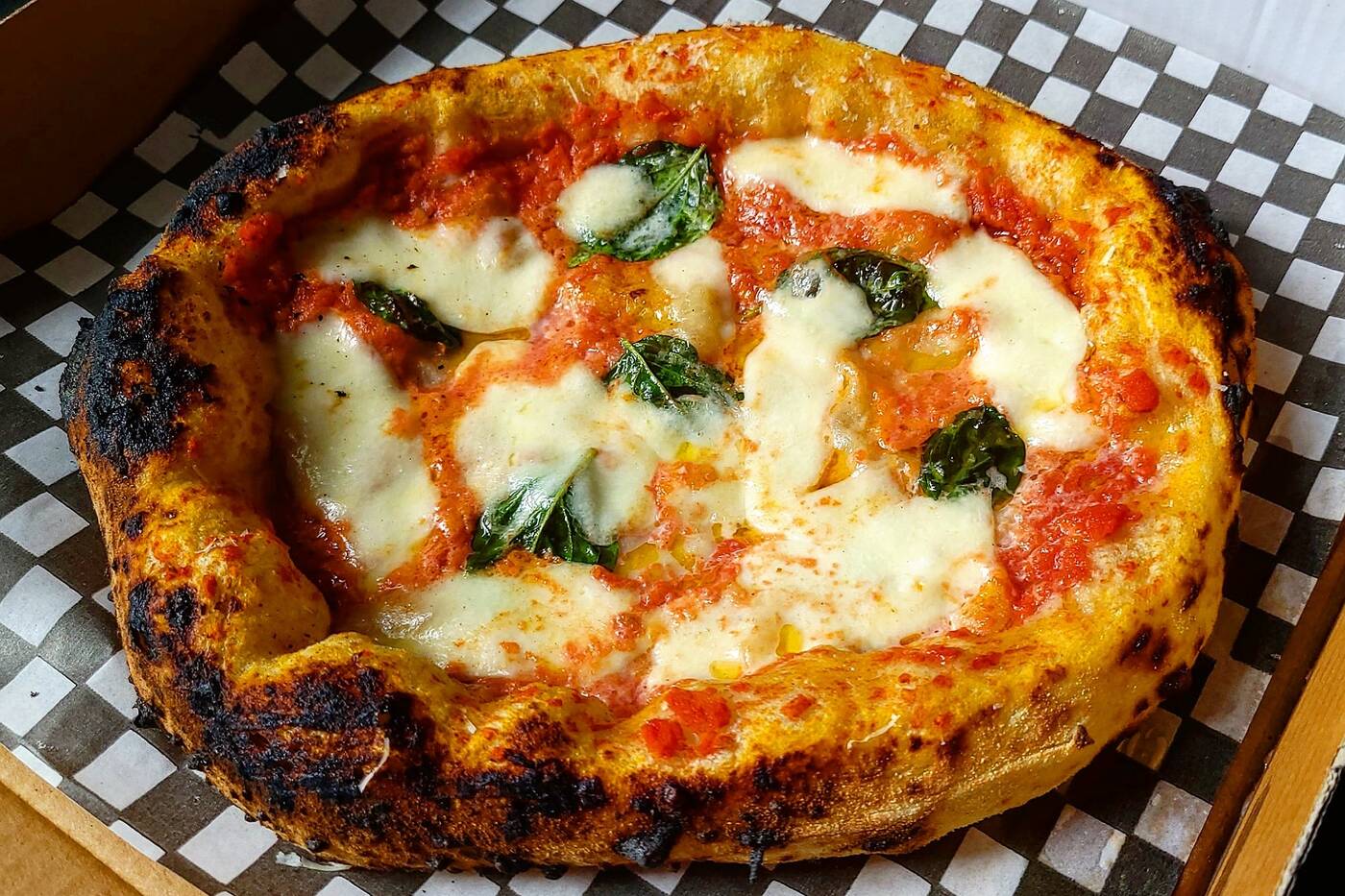 When Matt first started, he gave away more than 50 pizzas for free for feedback. Customer opinions are invaluable to him - it offers direction on how to adjust and improve his technique.

"I may think my pizza is good, but it doesn't matter what I think," Matt says. 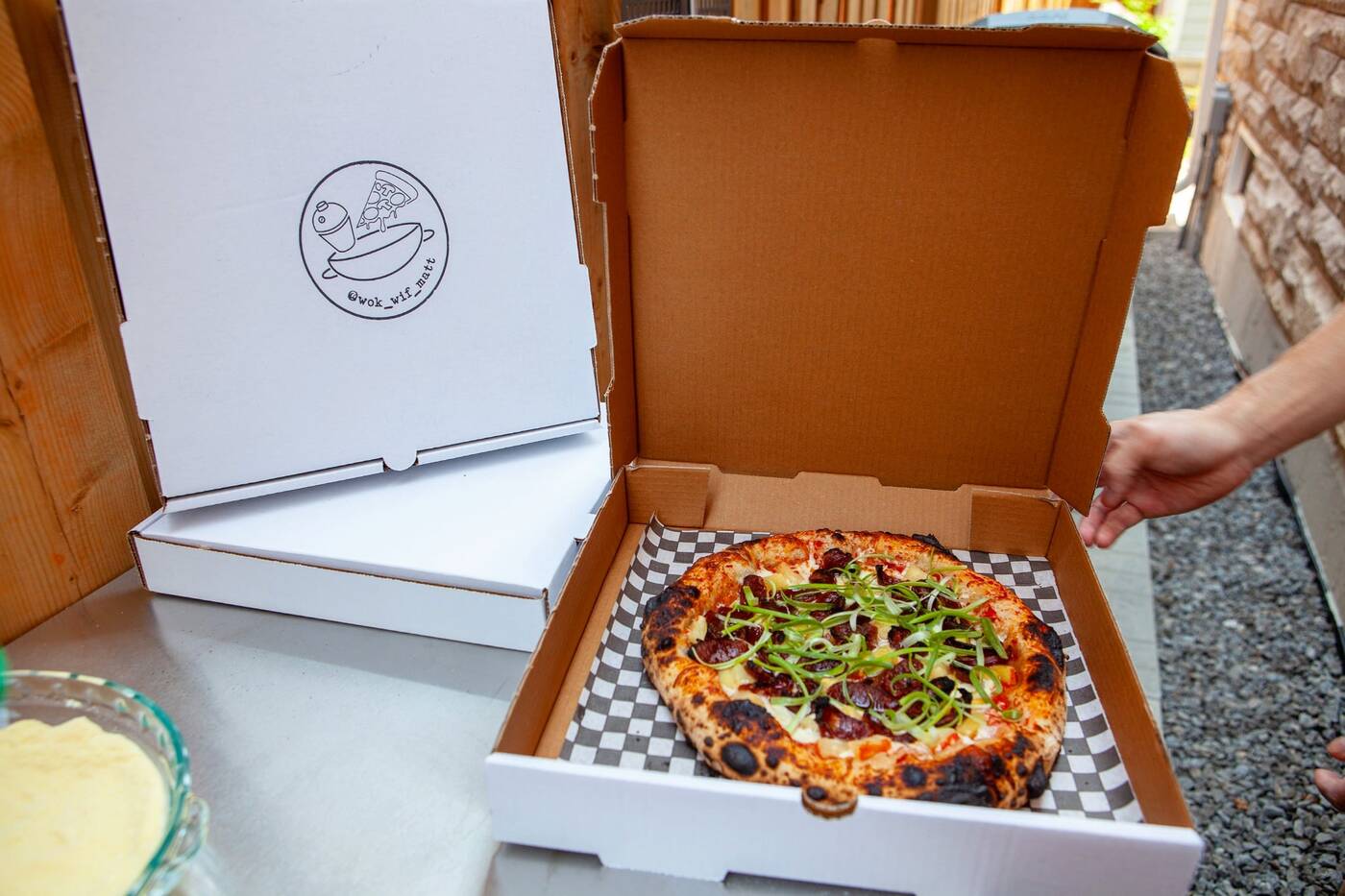 The feedback from home comes from his 6-year-old son who thinks his dad makes the best sourdough. "It's nice to receive positive reviews from customers because it reaffirms what my son thinks," Matt says.

Matt operates the pop-up on weekends and accepts only 10 orders within a 2-hour window. He is committed to providing the best, and most consistent product. To do so - he sells his pizza in small batches.

He has no interest in expanding his pop-up's availability to keep up with the growing popularity. "I have no problem closing it for weeks at a time if I need to," Matt says. His priorities are his family and full-time job. Pizza making is "just a hobby" and he insists it will remain that way. 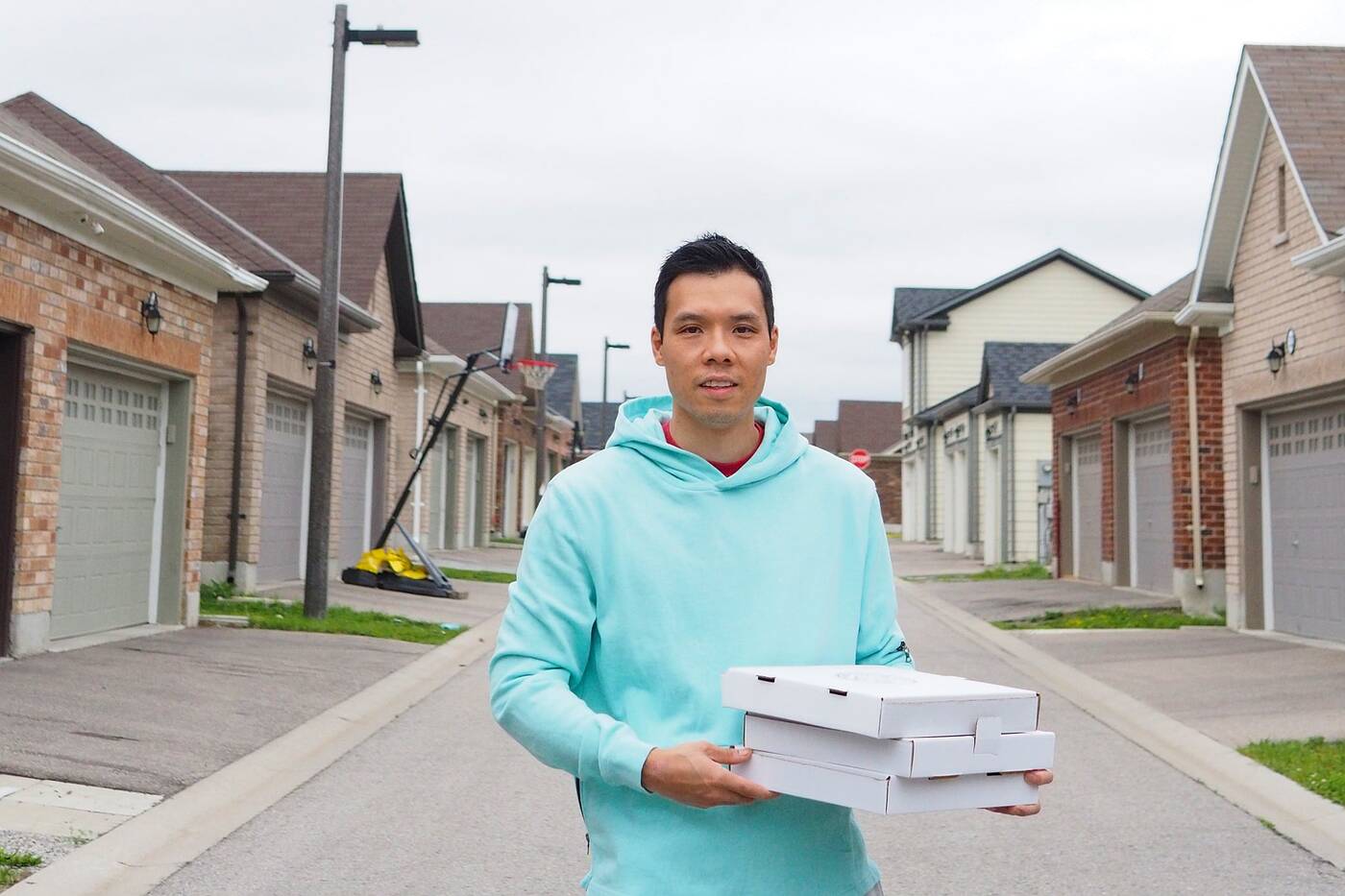 If you're lucky enough to score a pizza, it will leave you with a lasting impression. Don't get too attached though, because like a bad Tinder date, this pizza pop-up may ghost you when you're ready for more.

His bizarre toppings and outside-the-box approach is considered sacrilegious to pizza purists - they may be right because Matt's pizzas are sinfully delicious.