A Toronto woman whose neighbourhood restaurant was vandalized is rallying to help the man who did it, advocating for compassion and a real strategy moving forward rather than the police doing what she calls "catch and release."

T&M; Sidewalk Cafe owner Enza Ruscillo had some pots broken and a table knocked over outside her business, and knows the person who did it caused damage to about five to seven businesses along the Danforth strip early this week, including breaking windows at Hair Sensation and Bomb Fitness. 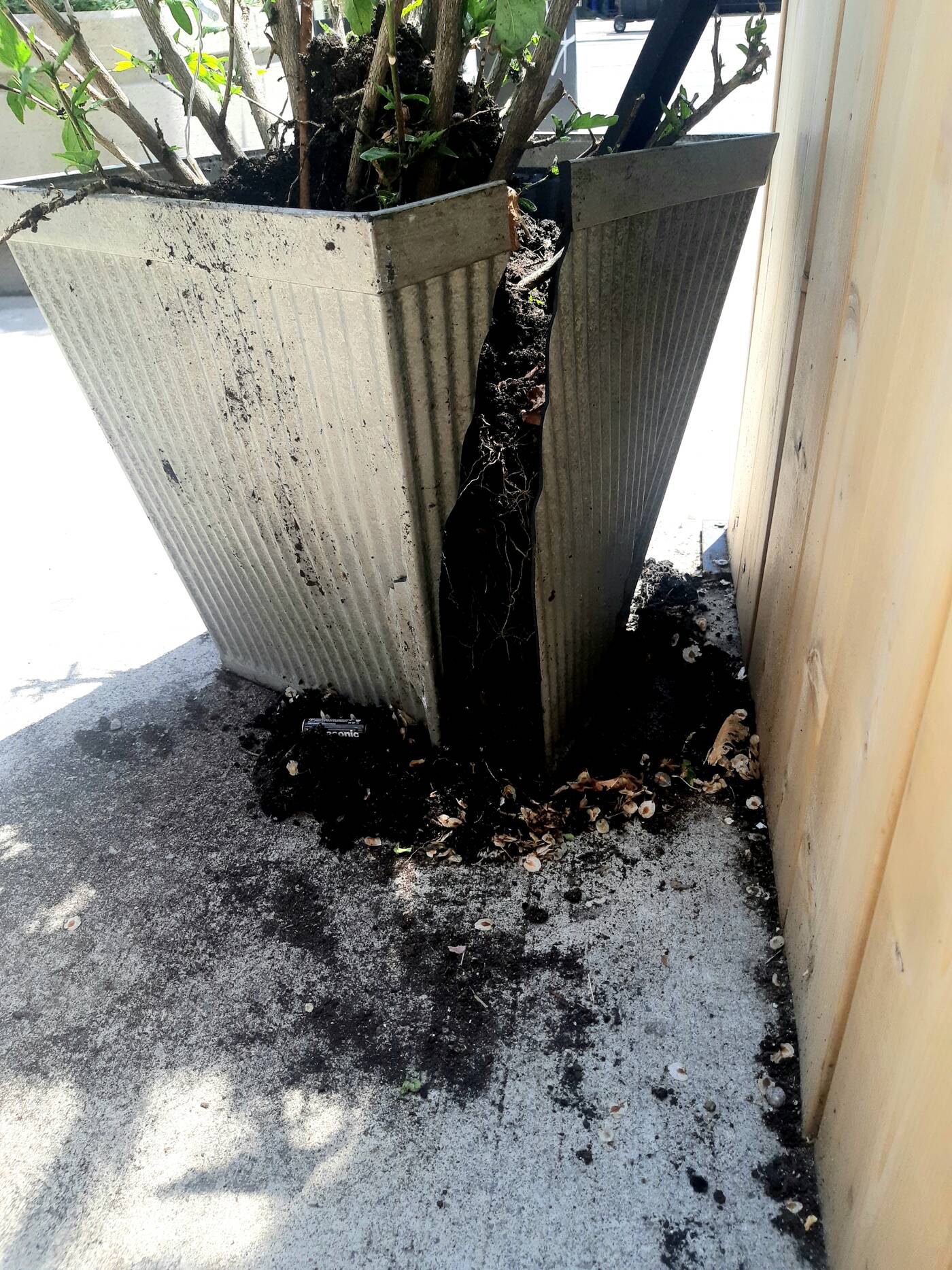 She doesn't just know of the man who did it, though: she knows him by name (Roger) and has had a standing lunch date with him for the past year and a half.

Ruscillo tells blogTO that although he sleeps on a bench about 20 feet from her restaurant sometimes, he lives in a shelter in the west of Toronto and takes the subway to take her up on her offer of a free daily lunch.

She met Roger when he was helping out a local business to carry some things inside to make a little money, and he slipped and broke his leg. She had seen him around the neighbourhood before, but when she saw him the next day with a cast, she says she asked him if he was hungry.

Roger said he was starving. She gave him a sandwich, drink and dessert for lunch, and told him to ask her for food whenever he was around, but he said he didn't want to bother her.

Her response was, "Whenever I see you I'm going to make sure I look out for you." He hasn't come every single day, and comes by more often in summer, but slowly Ruscillo found out about his living situation in the shelter and that Roger has schizophrenia. 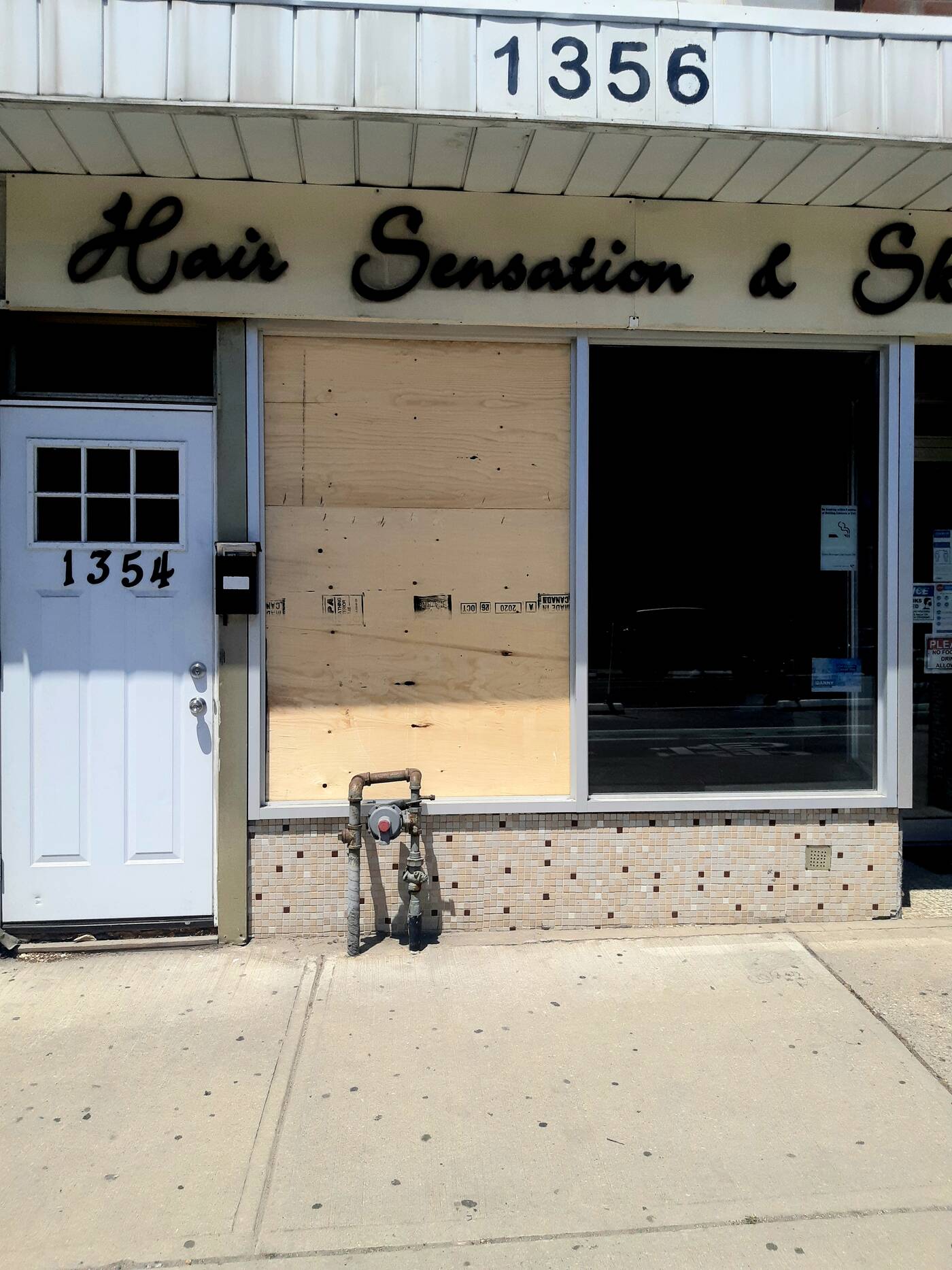 A window was broken recently at Hair Sensation. Photo by Enza Ruscillo.

She says he was caught by police and released after his most recent acts of vandalism without being given medication.

Ruscillo put out an impassioned call to her community on Facebook, pleading with them to help her try to find a solution that could protect both businesses and vulnerable community members like Roger.

She says about 20 to 30 people have reached out to her because of the post with ideas or just saying they want to help with any strategy she can come up with in any way that they can.

Primarily, she wants politicians to work with local mental health agencies to address these issues. She's hoping to create a private Facebook group to reach out to local agencies, politicians, BIAs and police. She also thinks BIAs could take money they collect from local businesses and divert some of them into an emergency fund.

Ruscillo tells blogTO that mainly she wanted to make sure there was no animosity toward him and make it clear that Roger is "not the type of person that wanted to hurt us," and is glad everybody seems to be on the same page after she made the post.

She also says that without action, it will probably happen again.