The top 40 bread in Toronto by neighbourhood

Bread is the staple at any neighbourhood bakery in Toronto. Stock up on loaves of dark rye and spelt sourdough, baked up fresh by your local boulangerie.

Here are my picks for the top bakeries for bread in Toronto by neighbourhood.

Find loaves of pain au lait, focaccia, and more at the front of Belle’s Bakery on Dupont Street. Anything they don’t make in house is supplemented by Mabels.

Patissiere 27 does viennoiseries alongside a list of baguettes, sourdough ciabatta, pain de mie, and alsatian potato ryes. Weekends they offer fougasse and epi.

COBS has five locations across the city, including on Queen Street East. Popular favourites are loaves like sunflower flax sourdough loaves and bread with four times the regular fibre. 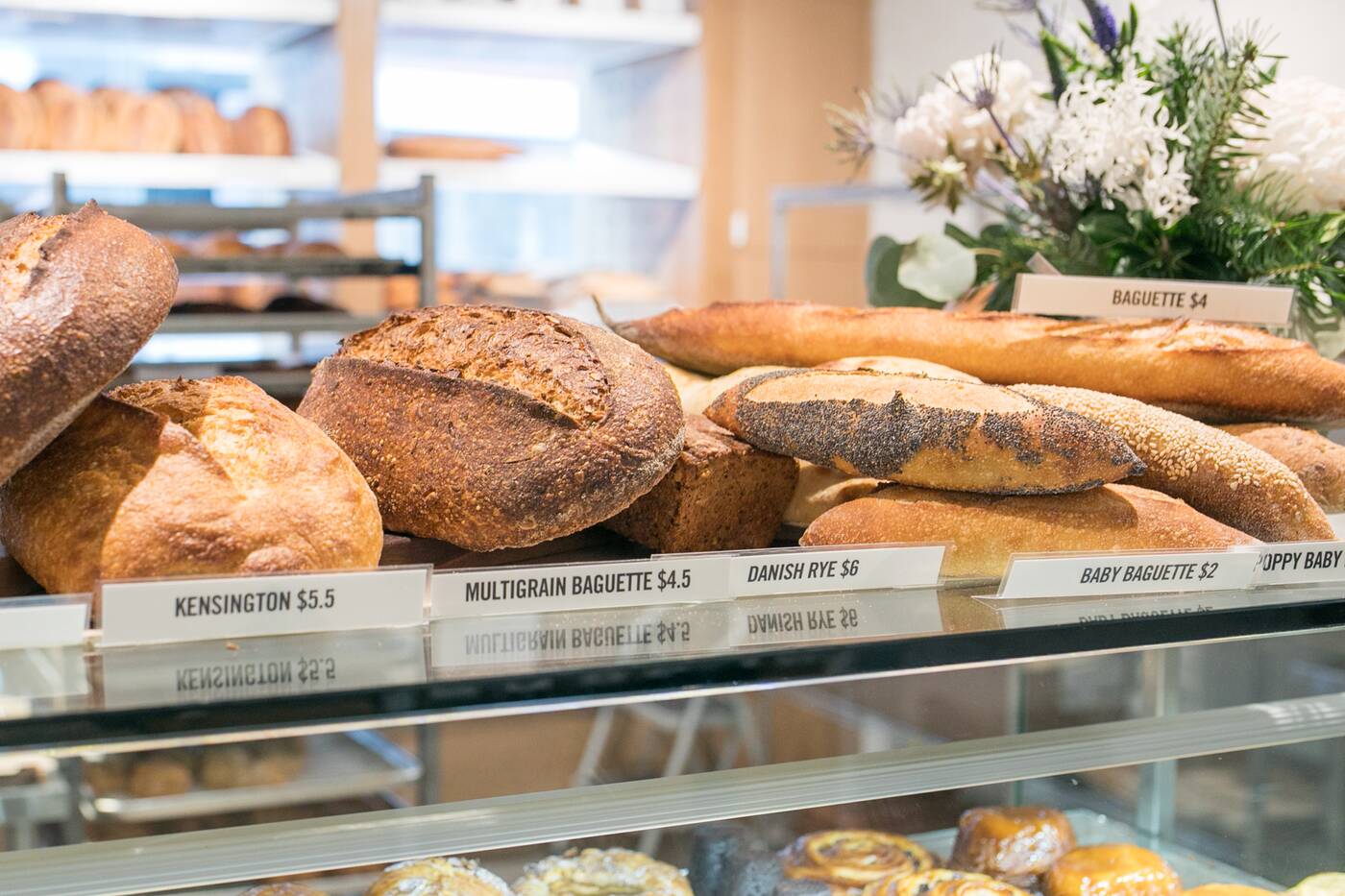 An Tran has taken over his dad’s old printing shop and turned it into micro-bakery Ba Noi, where he’s baking up beautiful, crusty loaves of sourdough.

Burdock Brewery has partnered with Blackbird to offer bags of their Baldwin Loaf: a thick sourdough made with Red Fife flour and sourdough culture.

Four locations of Hot Oven Bakery include its popular location by Runnymede subway station. Their big selection of breads and baguettes are available unsliced or sliced. 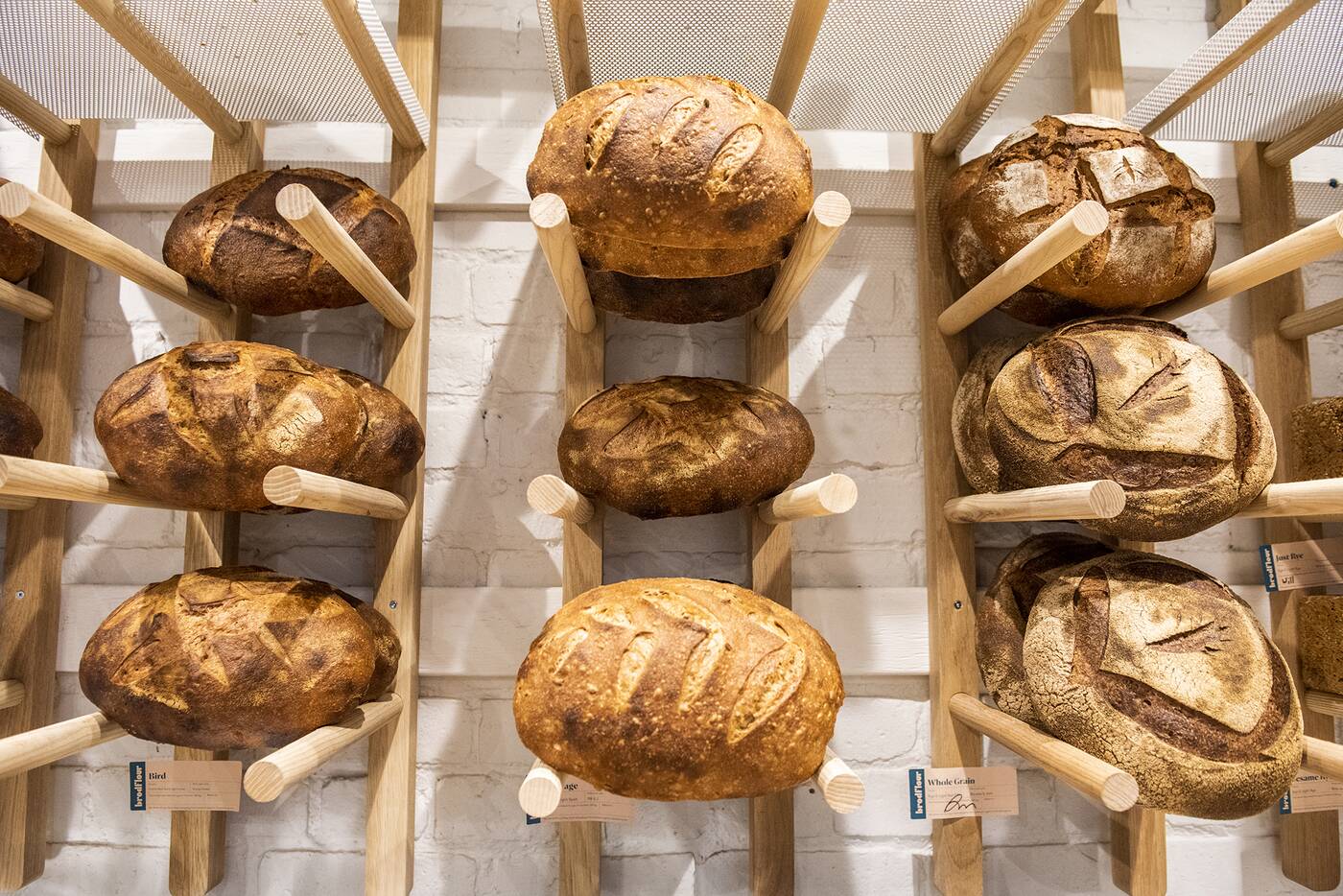 Flour is imported from Italy for the baked goods made at Amico Bakery on Dufferin Street. You can get the focaccia and artisan bread as loaves or in sandwiches.

Terroni commissary Spaccio on Sackville bakes up bread every morning. Sourdough loaves are made with Spaccio’s own mother yeast.

It’s all about organic, preservative-free dough at Dough Bakeshop. Offerings rotate daily, except for rye and bagels. They also have a shelf of day-old loaves. 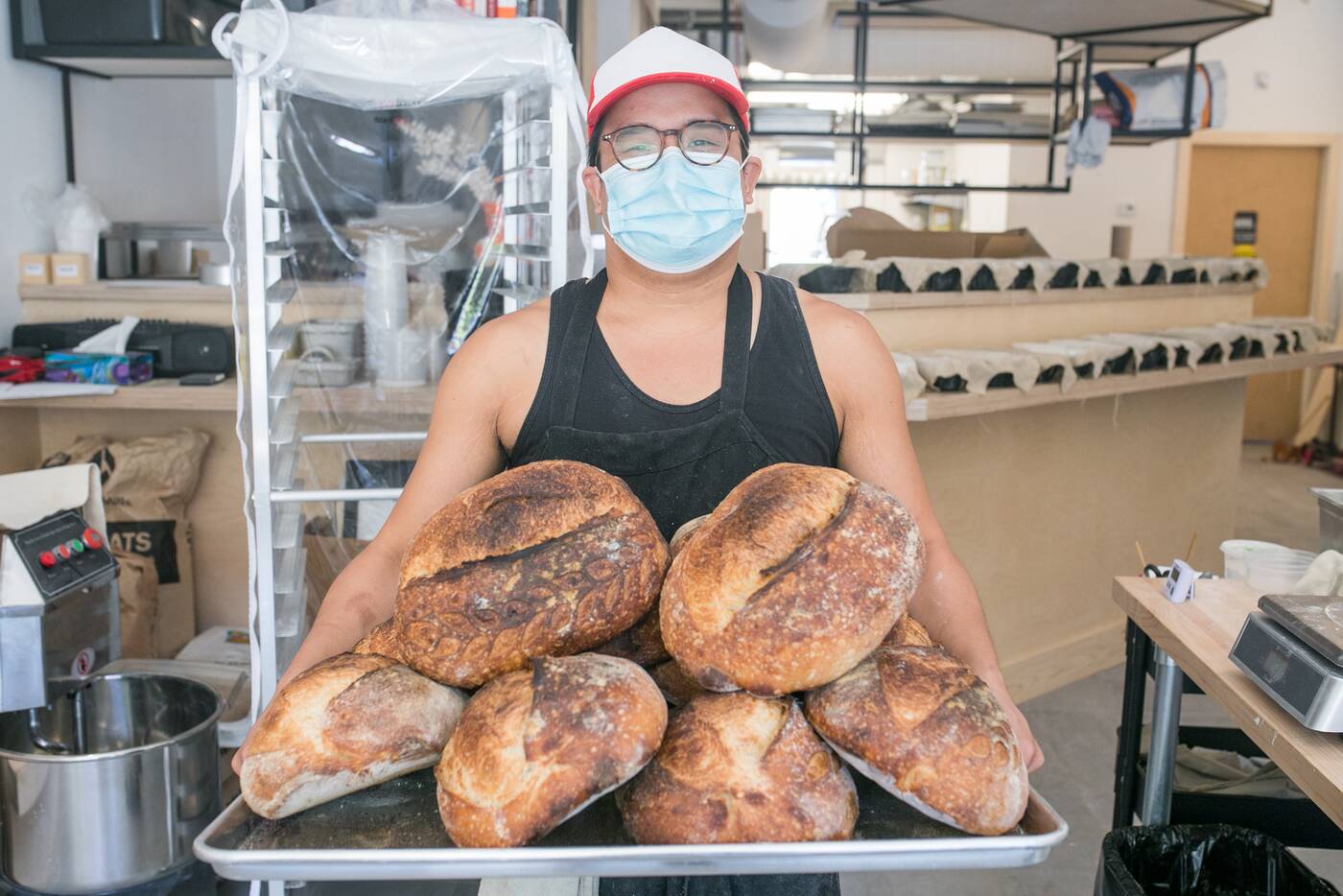 Ba Noi keeps selling out of loves from its location in Bloorcourt. Photo by Fareen Karim.

Celena’s Bakery has been on this stretch of Danforth for a decade. Celena and Richard Cambridge have their low salt, dairy-free breads out of the oven by 9 a.m. daily.

Dimpflmeier is the mainstay German bakery using only natural spring water, trucked daily from a spring in Terra Cotta, Ontario. 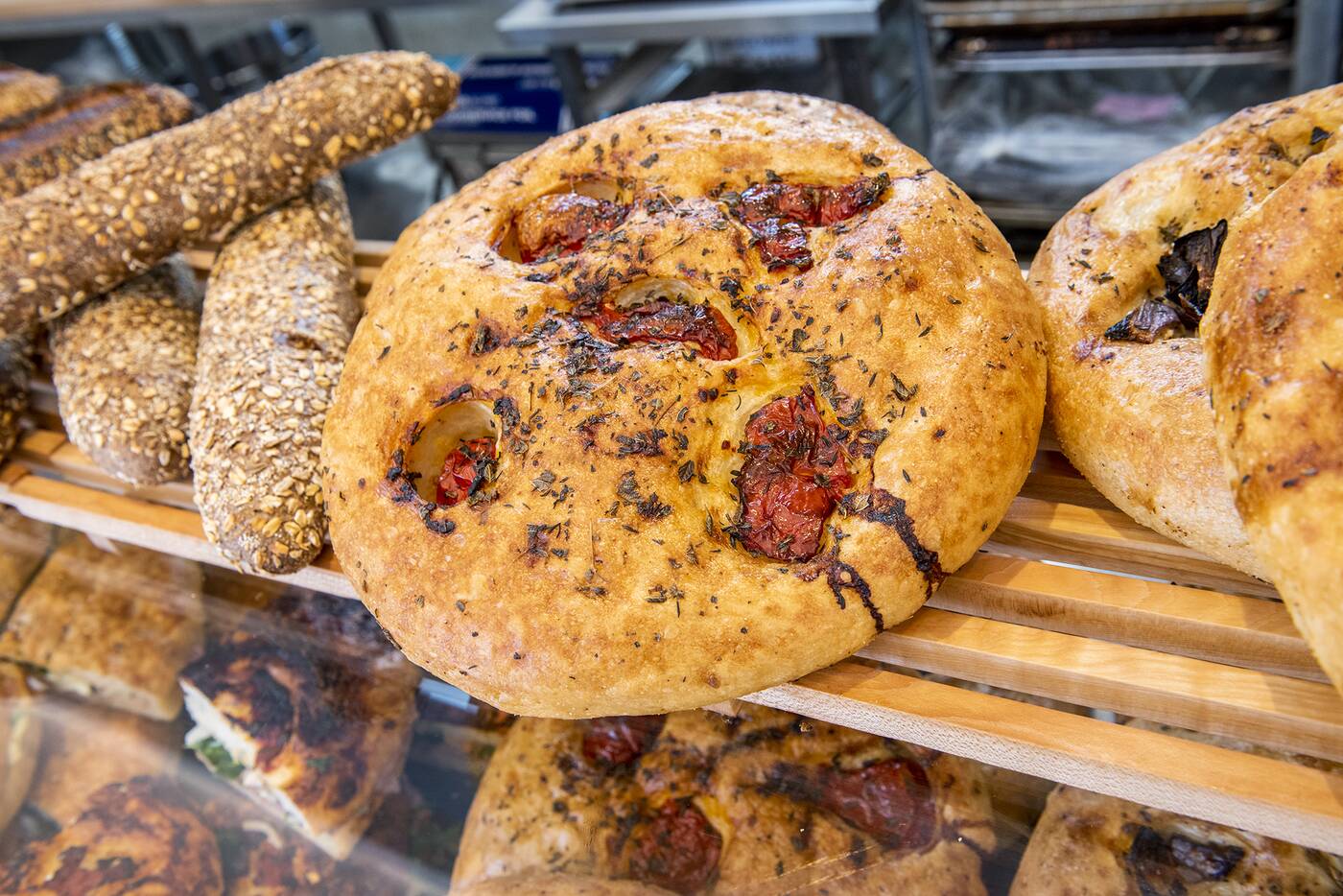 Forno Cultura is the place to get Italian bread including their fresh foccacia. Photo by Hector Vasquez.

Sud Forno, another offshoot of Terroni, has multiple locations in the city. You can grab signature goods like Pugliese here.

Tucked away on Sterling is the culinary hub Drake Commissary, baking up sourdough loaves and blueberry scones. There’s limited quantity for same-day pick ups so order in advance.

The Market’s quintessential bakery Blackbird Baking Co. has been at the forefront of perfect sourdoughs in Toronto for years and is a go-to for baguettes, multigrain ovals, and Danish rye loaves.

The King location of Forno Cultura does the full gamut of their breads using ancient grains and flour from Italy, from cornbread to sourdough and, of course, focaccia. 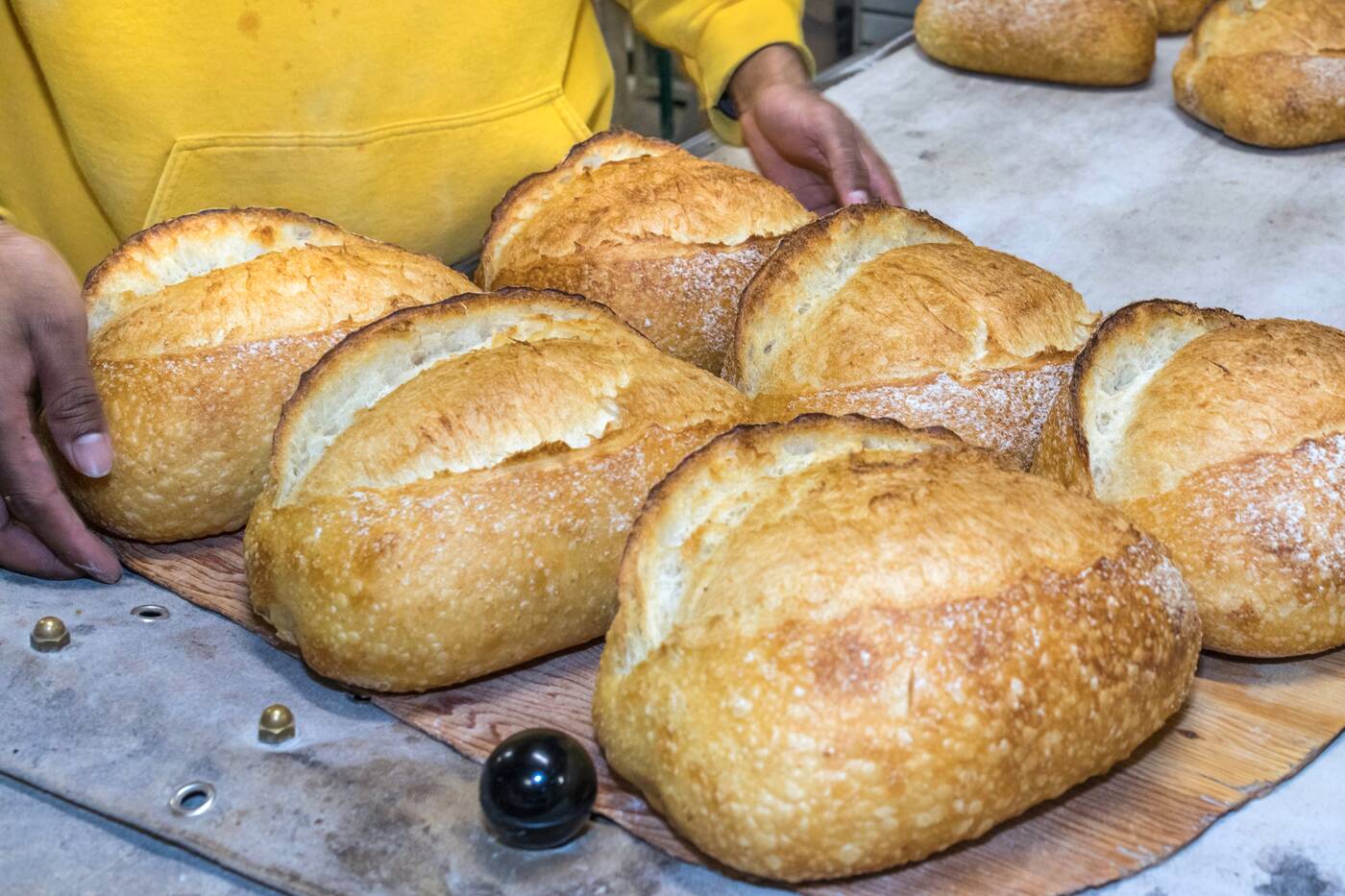 Petite Thuet doesn't use any yeast to make its loaves. Photo by Fareen Karim.

After 15 years in Rosedale, Petite Thuet now has a new location on Carlaw. Owner Marc makes all his bread without yeast for that signature Petite Thuet flavour.

Sitting on Pardee Avenue is the minimalist bakery Brodflour, which mills its heritage ancient grain on site. Loaves of challah, baguettes, and daily rye manage to maintain moisture over time.

Mattachioni East is the second location of this low-key bakery with fresh in-house bread. They’re also known for their panini.

It’s all about the 100 per cent organic sourdough bread at Prairie Boy Bread. Owner Grant MacPherson only uses natural ingredients and high levels of water, with 18 hours of rest for dough.

Thobors is run by Marc and Sylvie, the former a bread baker trained in Paris. In 2008, Thobor bought Le Comptor de Celestin and transformed it into the beloved boulangerie it is today. 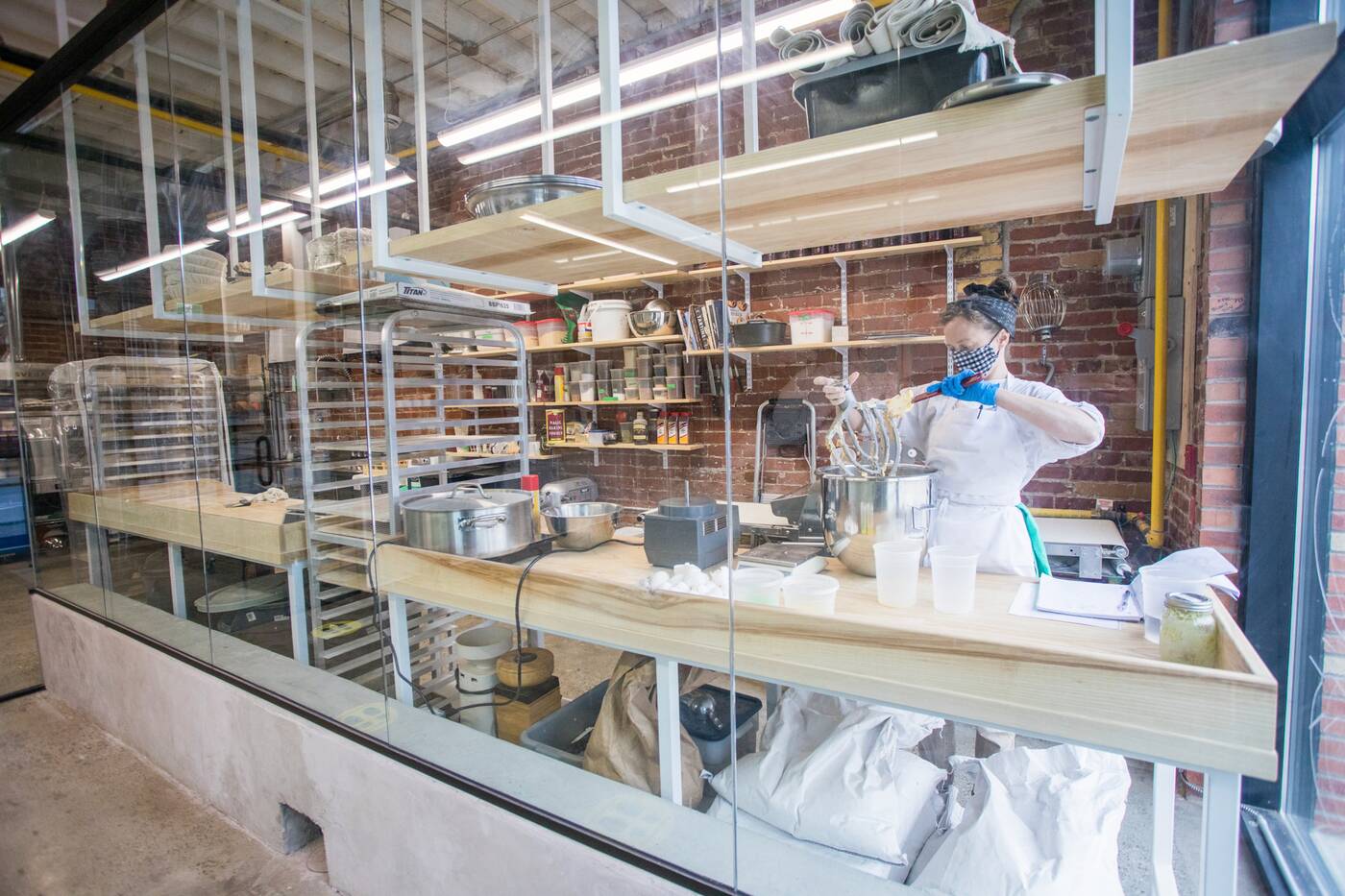 Housemade flatbread and other Middle Eastern pantry items are the main draw to Azhar, ahead of it becoming a full-fledged restaurant in the future.

Ever-popular Serano Bakery has been a fixture of Greektown for three decades. You’ll find the whole host of bread varieties plus koulouria and bread baskets.

Baker Patti Robinson has brought Robinson Bread together with Sam James for a shared space collab on Brock Avenue. Buy boules of bread and pair with some drip coffee.

Cassoni whole wheat, angeligus, celtic multigrain and country rye sourdoughs are just some of the offerings at St John’s Bakery. 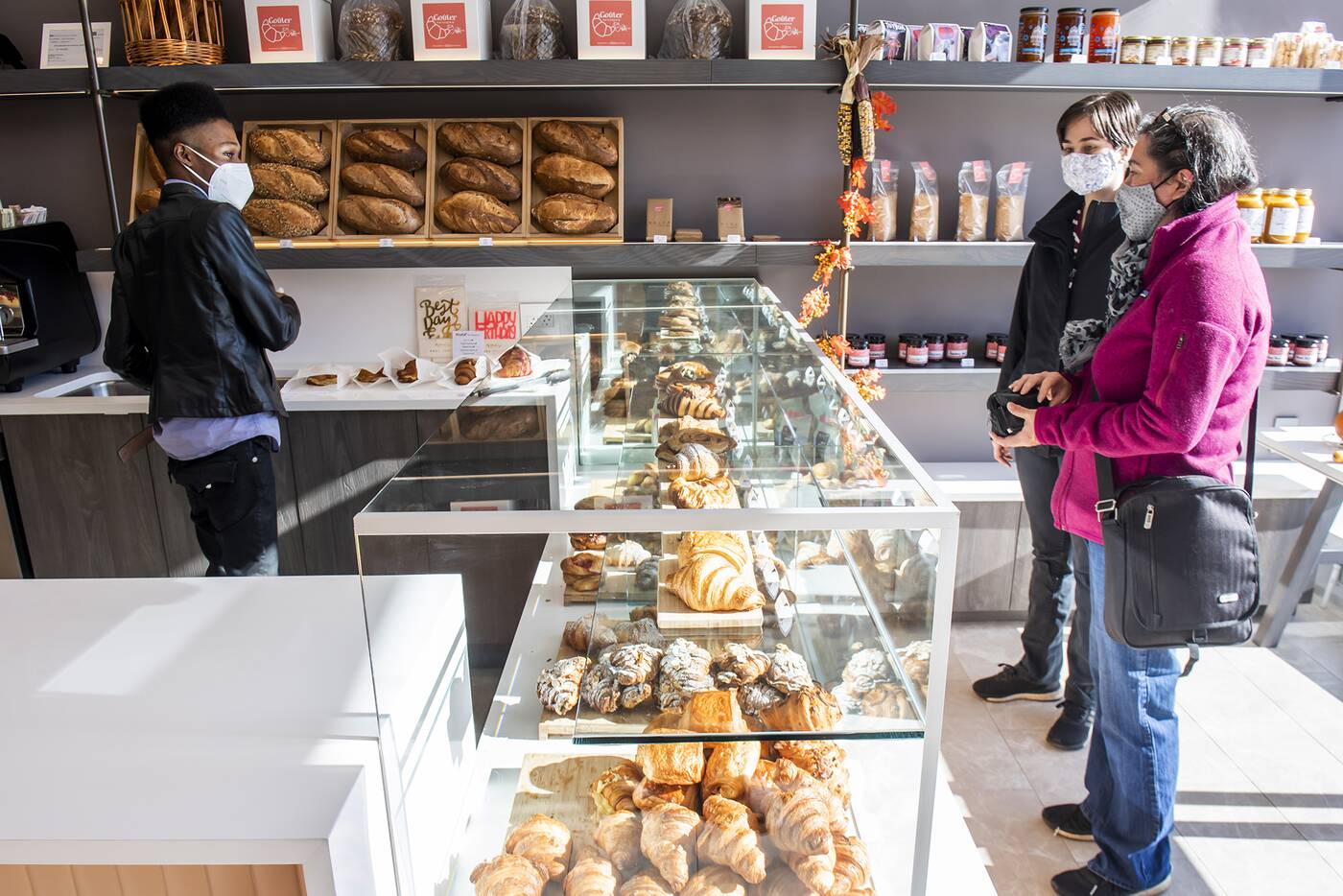 Fresh bread is just one of the many offerings from Gouter on Eglinton West. Photo by Hector Vasquez.