Far along Dundas Street West, past the quaintness of Little Portugal and beyond the gentrification creeping out from West Queen West, there appears to be a dearth of good eating.

The darkened windows of small store fronts and family homes line the streetscape but making the trek all the way to Dufferin will reward you with the enticing glassy facade of the Brazil Bakery and Pastry Limited. 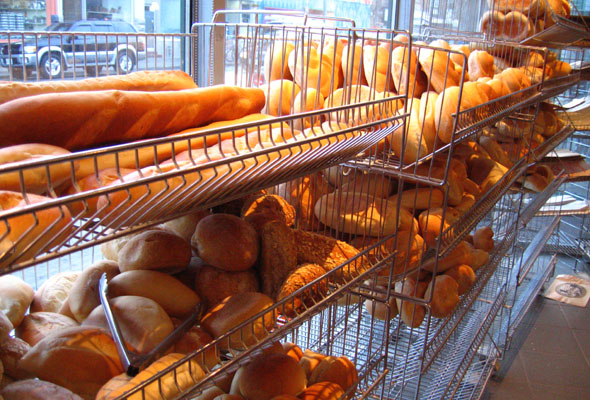 Brazilian cuisine culls its influences from a variety of cultures but the most prominent one you'll find here is Portuguese. Tall wire racks display fresh corn breads, loaves and crusty buns.

On the wooden shelving sits bags of beautifully browned Portuguese style brioche from a bakery just down the street. Although they do make their own sweet bread (gigantic and stacked in baking tins around the counter), the other bakery's version has a pronounced sweetness that's perfect for weekend brunches of croque madames at home.

A glassy display beside the counter reveals some tantalizing baked goods and a few delicious pastel de natas . Most may recognize these custard cream tarts from Chinese bakeries but their origin is purely Portuguese with a sugary sweet edge.

This particular rendition lets up on the sugar a bit and the crust is crunchy without any lardiness, my favourite in the city. Catching a fresh batch of their malasadas dois will give you the perfect morning coffee treat. These Portuguese doughnuts are large, spongy, lemony and covered in sugar. 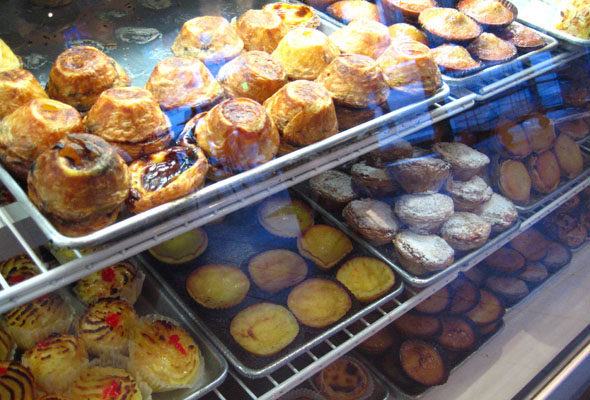 Some savouries can be had in the form of various croquettes or stuffed and fried buns. They're all rather greasy but packed full of filling and must be heated up before eating.

If you're not quite patient enough to dig into your baked goods at home, you can take a seat in the cafe sharing the same space and snack right then and there while watching the Dundas Street traffic go by. 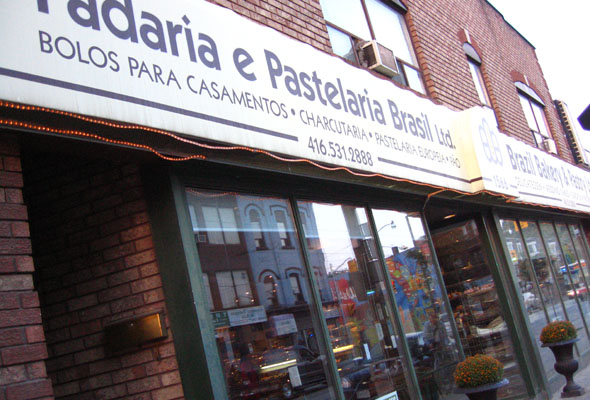 The Best Portuguese Bakeries in Toronto