Since December 27, Toronto resident Shelley Kanitz-Letofsky has spent over 10 hours in the kitchen, daily.

Turkey curry with naan, pesto pasta salad, roast chicken and mashed potatos, Swedish meatballs — those are just some of the meals she spends all day making. When she's done, she gives them away in jars and containers, free of charge.

In just over two weeks, Kanitz-Letofsky has been able to cook up over 500 meals for people in need. 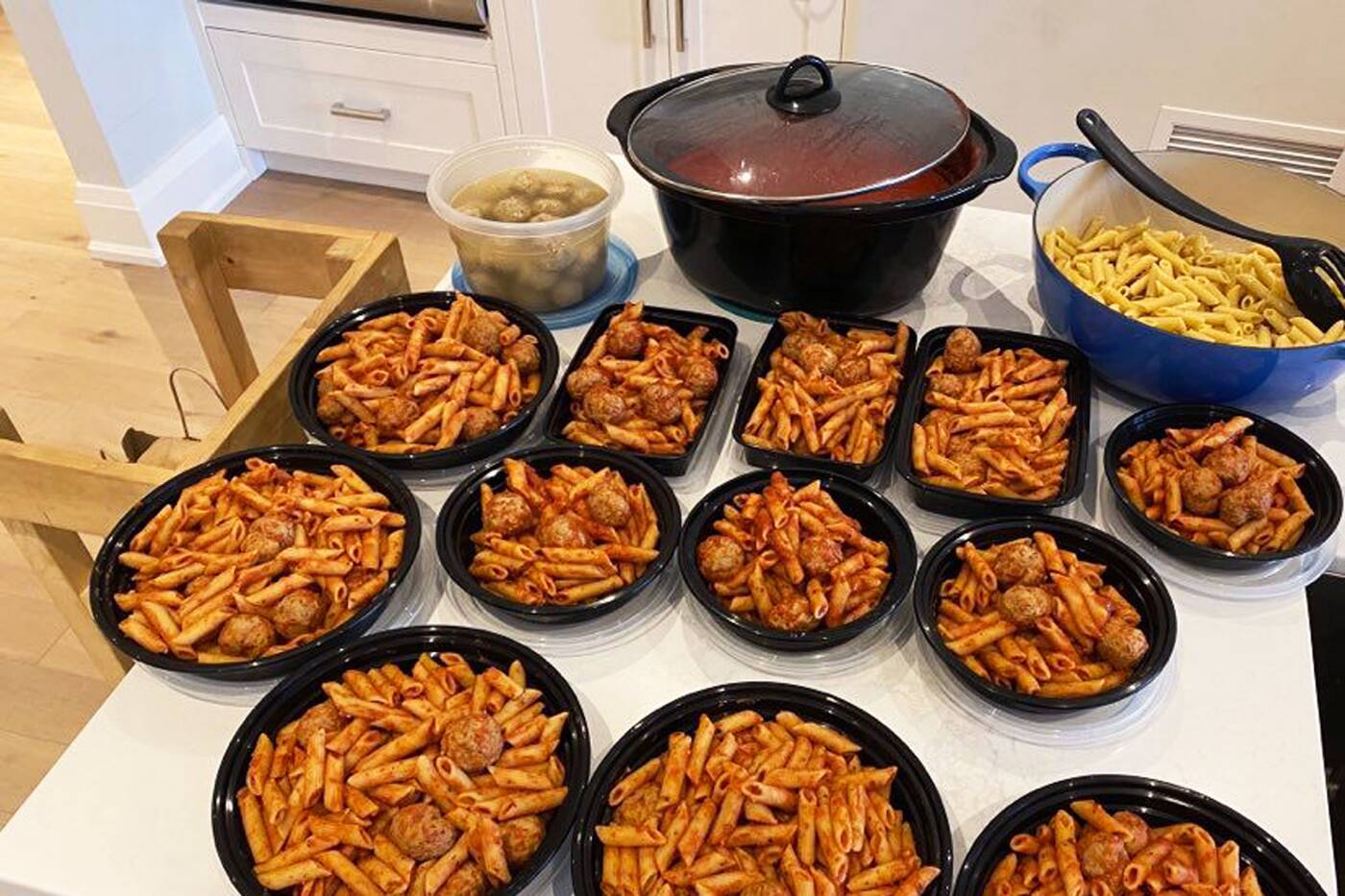 "I'm happy to cook 10 hours a day and I'm happy that someone can eat it," says Kanitz-Letofsky.

Kanitz-Letofsky, who was a home-stay host prior to the pandemic, is used to routinely cooking big meals, usually for about four women and girls staying at her Danforth home, plus her husband and five-year-old daughter, pre-COVID.

She hasn't hosted anyone since last February, but says that a good deal on 60 lbs of turkey in December launched her on a new path to cooking massive amounts of food and giving it away. 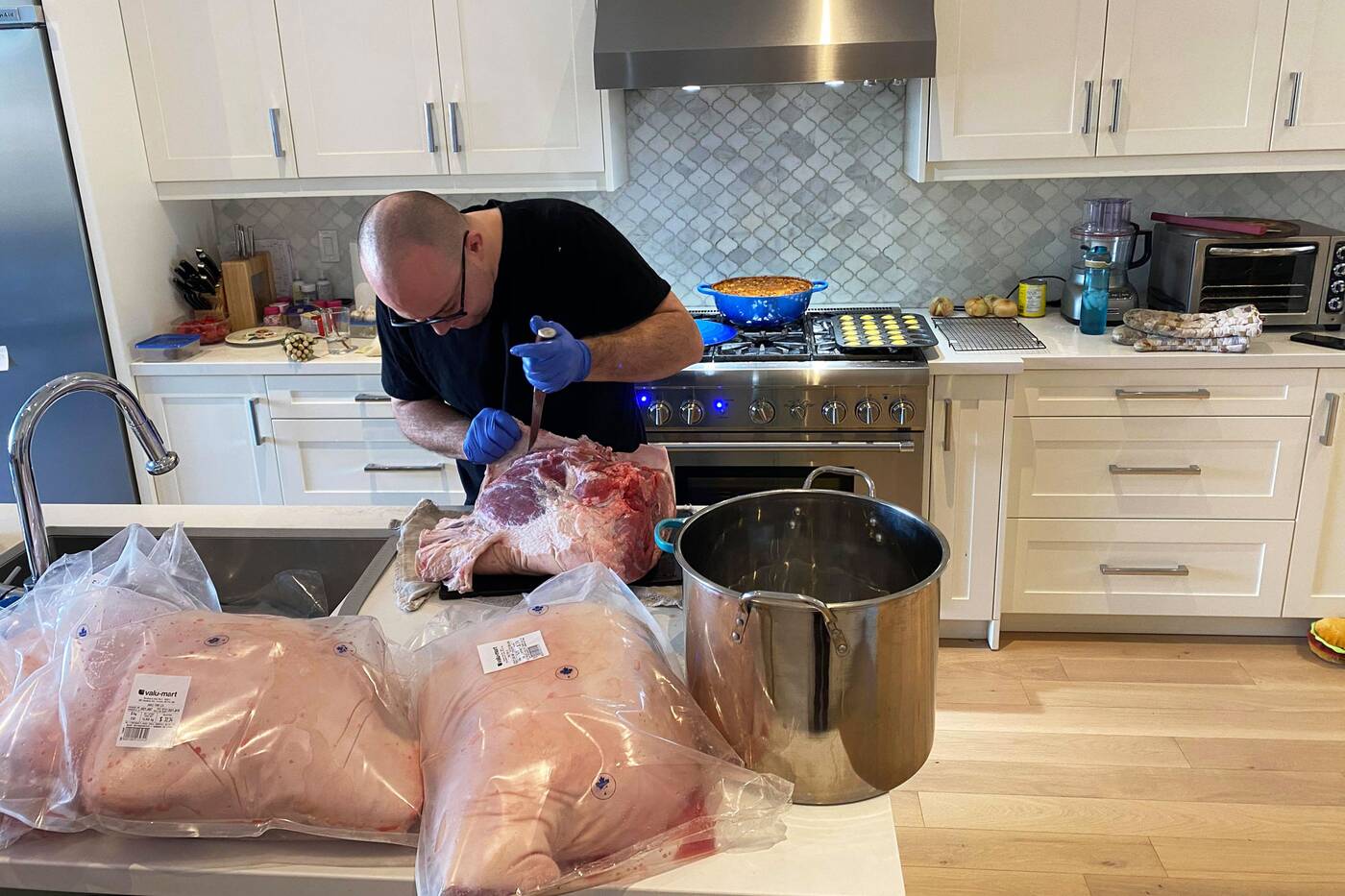 Soon, people started messaging her about sponsoring meals. Her husband has learned how to butcher meat as a result, and now Kanitz-Letofsky has six of her stove burners working all day to meet requests for her new free food program.

Through commuity groups like CareMongering-TO and the East Side PALZ, Kanitz-Letofsky arranges socially-distanced pick-ups from her porch at Donlands and Mortimer.

The meals go to anyone who needs them. As COVID-19 continues to spread across Toronto and with the new stay-at-home order in effect, its harder now more than ever for marginialized and low-income people to gain access to food.

Kanitz-Letofsky says it ranges from folks on the Ontario Disability Support Program who don't quite have enough to make ends meet, to the Community Angels group, who have picked up 15 meals daily for the past week.

"My favourite is when people contact me on behalf of another person that they're trying to help," she says. 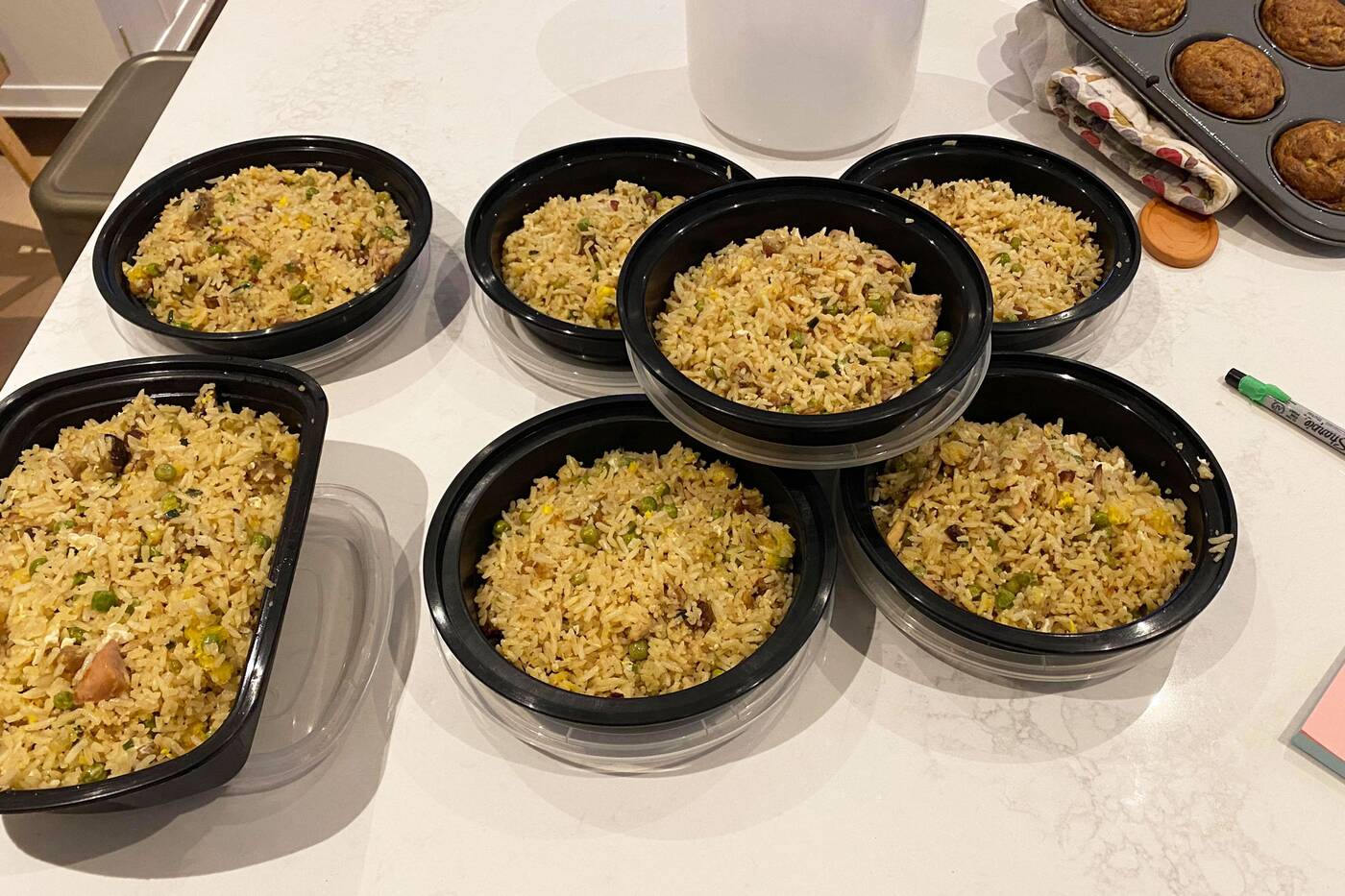 The family has made oand given away ver 500 meals since December 27. Photo courtesy of Shelley Kanitz-Letofsky.

Other community members are contributing where they can. Kanitz-Letofsky says she's gotten Instacart grocery orders to her home, mason jars, and over 1,000 used containers. She encourages people ordering takeout from restaurants to wash them well and drop them off for re-use.

"... I've found a way now where I can service my community, doing something that's totally fun...Teaching my husband how to cook, teaching my daughter the values of giving back, and about food security," says Kanitz-Letofsky.

"We are extremely, extremely privileged," she says. "When you put a drop in someone else's bucket, you get a drop in yours too."