Toronto's popular vegan chain Fresh is launching a new location on Carlaw Avenue next week, meaning you'll finally be able to get those quinoa onion rings east of the DVP.

Unlike its seven other locations in Toronto, this new Fresh will be sharing its space with five other brands: Harveys, New York Fries, Swiss Chalet, Montana's, and East Side Marios.

All six restaurants will be operating together out of the Riverdale Shopping Centre under the Ultimate Kitchens umbrella, which is a new takeout and delivery concept from Recipe Unlimited.

Recipe Unlimited Corp., formerly Cara (born from the Canada Railway News Company of the 1880s), is Canada's oldest restaurant company. It owns a number of casual dining franchises including Swiss Chalet, Harvey's, and The Keg, along with several Toronto brew pubs like Bier Markt and the Landing Group restaurants. 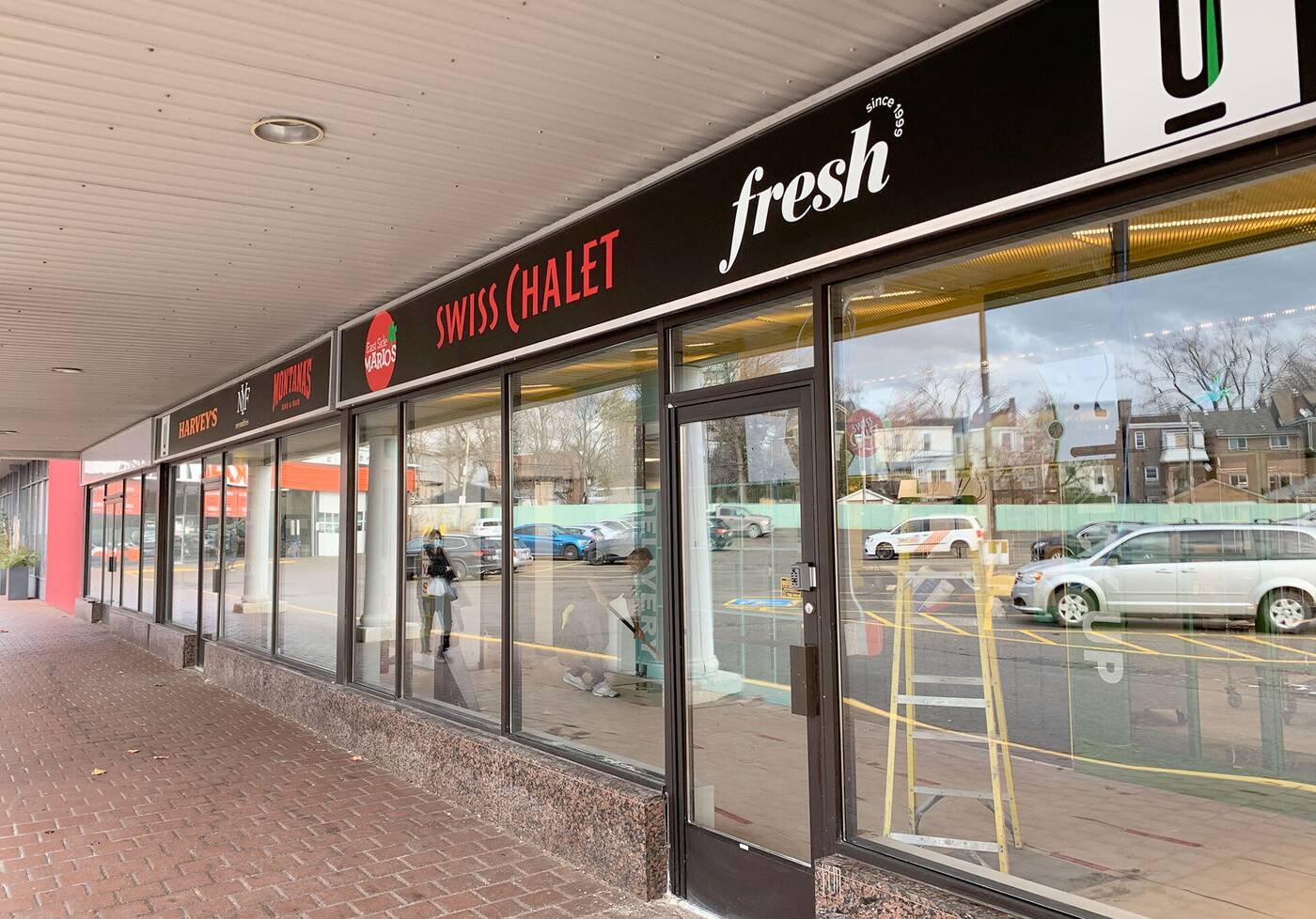 Fresh is preparing to open a new location in Riverside under the Ultimate Kitchens umbrella, which will also offer Swiss Chalet and Harvey's out of the same space.

Takeout and delivery services continue to dictate the health of Ontario businesses as dine-in remains prohibited in the Province, so Recipe Unlimited's new multi-brand concept falls in line with the trend of kitchen takeovers and ghost kitchens cooking up multiple menus seen across Toronto.

Ultimate Kitchen is exclusively working with DoorDash as its delivery partner. It opened its first location in Leaside this March, offering delivery only on brands like Fresh and Blondie's Pizza.

Though Ultimate Kitchen's website says that you can order from multiple restaurants on one single order, the Leaside location says that it requires separate deliveries for orders from different restaurants.

It's unclear if this will be the case with the new Ultimate Kitchens at the Riverdale Shopping Centre, which opens November 25. The brand is offering 20 per cent off UltimateKitchen orders of $15 or more through the DoorDash store until the end of the year.