5 neighbourhoods in Toronto with the most lively curbside patios

Toronto is now patio central. Since the city entered Stage 2, seating has sprung up on sidewalks outside restaurants, bars, and cafes, taking over curbs as businesses owners do their best to attract customers with fun umbrellas and what space they can afford.

Obviously, not all neighbourhoods are built equal: available curbside space, accessibility, and the willingness to go out during a pandemic all play a big part in how packed some patios get compared to others.

Needless to say, some areas are busier for outdoor mimosas than others these days.

Here are some Toronto neighbourhoods with lively curbside patios.

Easily the busiest street in Toronto these days, the entire stretch of King Street's Priority Corridor (a.k.a. what used to be the King Street Pilot) is abuzz with popular patios that jut out onto the street (and, unfortunately, the occasional bike lane.)

A couple of restaurants in the area have already had liquor-licensed curb spots for the past two years, but joining them during the pandemic are new destinations like the ridiculously packed Ruby Soho (where crowds recently got out of hand), Locals Only and Oretta. 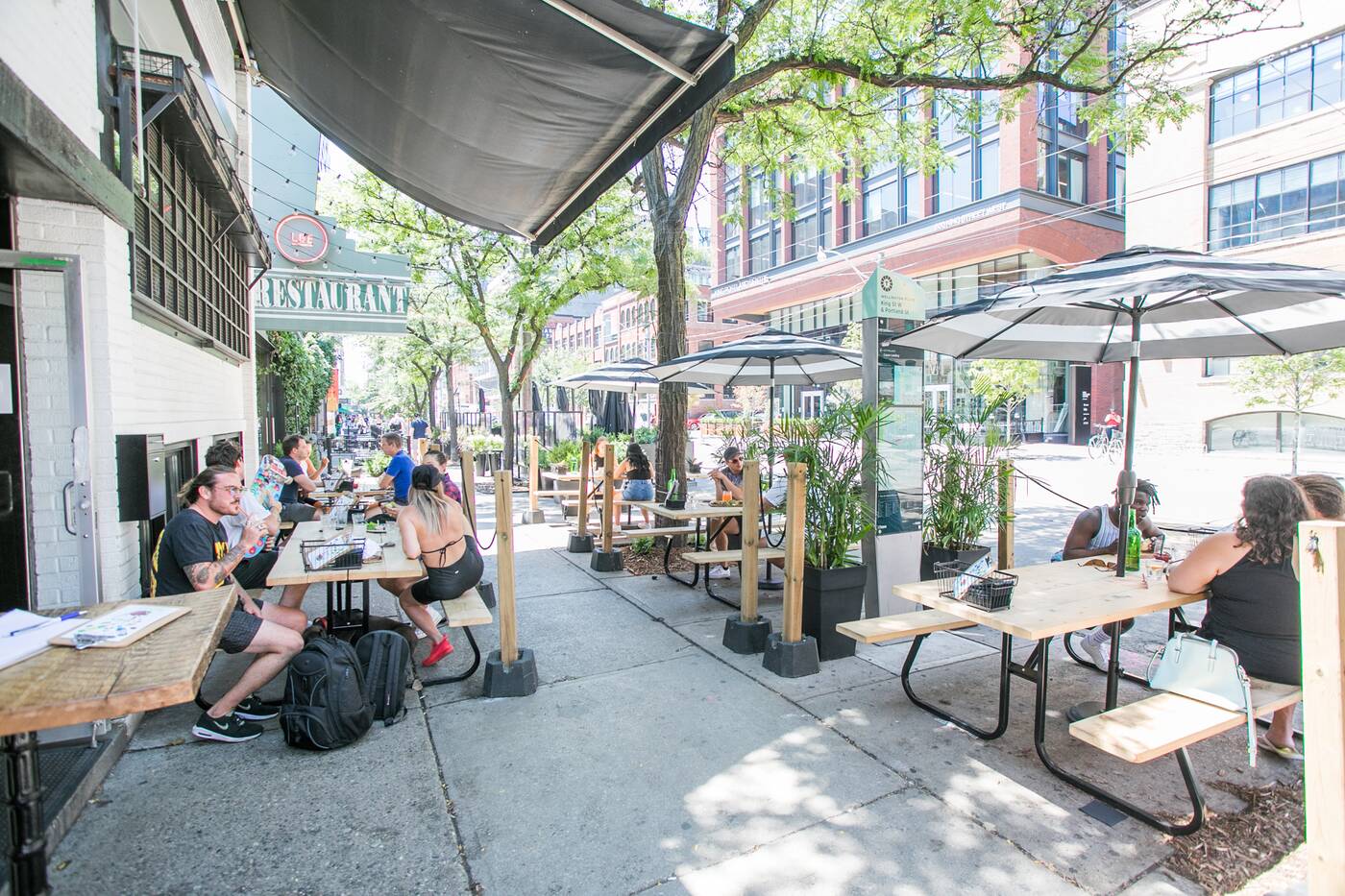 King Street is a hot spot for curbside patios like this one at Locals Only. Photo by Fareen Karim.

Then there's the real beast of the Entertainment District: Rendezviews, a mind-boggling 80-table patio from Fifth and Ballroom that took over an enormous private parking lot last week. It (hopefully) doesn't get any livelier than that, for now.

A whole slew of businesses in this Don River-side neighbourhood have launched sidewalk spots dining and sunbathing. You can now eat a burger at The Comrade right on Queen Street, while I'll Be Seeing You is offering the same view from the other side of the street with craft brews.

Not to mention watering hole Eastbound Brewing now has a 24-seater right at the corner of Queen and Broadview. Plus it's not all just beers and burgers: Est is doing some of the fanciest roadside patio food you've ever seen. 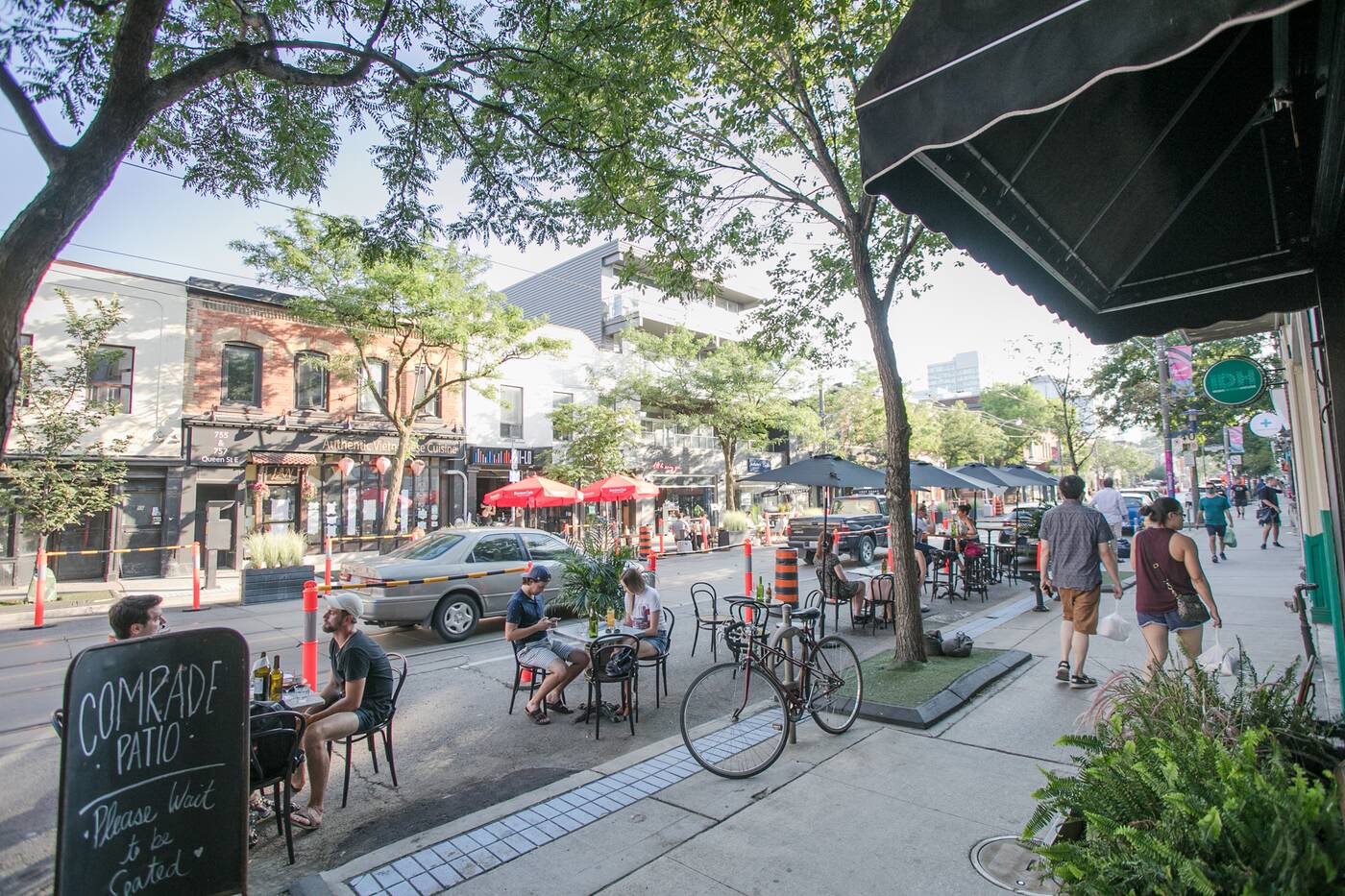 You can now grab a burger and a cocktail at The Comrade. Photo by Fareen Karim.

The restaurants in and around Little Portugal are stepping it up with their curbside patios, despite not having much room to do so.

A number of some of the city's most popular dining destinations like Patois and La Palma have taken over the narrow sidewalks of Dundas with mini outdoor seating. Same goes for the Good Fork, Sisters & Co., Bar Mordecai, Swan Dive and Han Moto to name a few on the stretch. 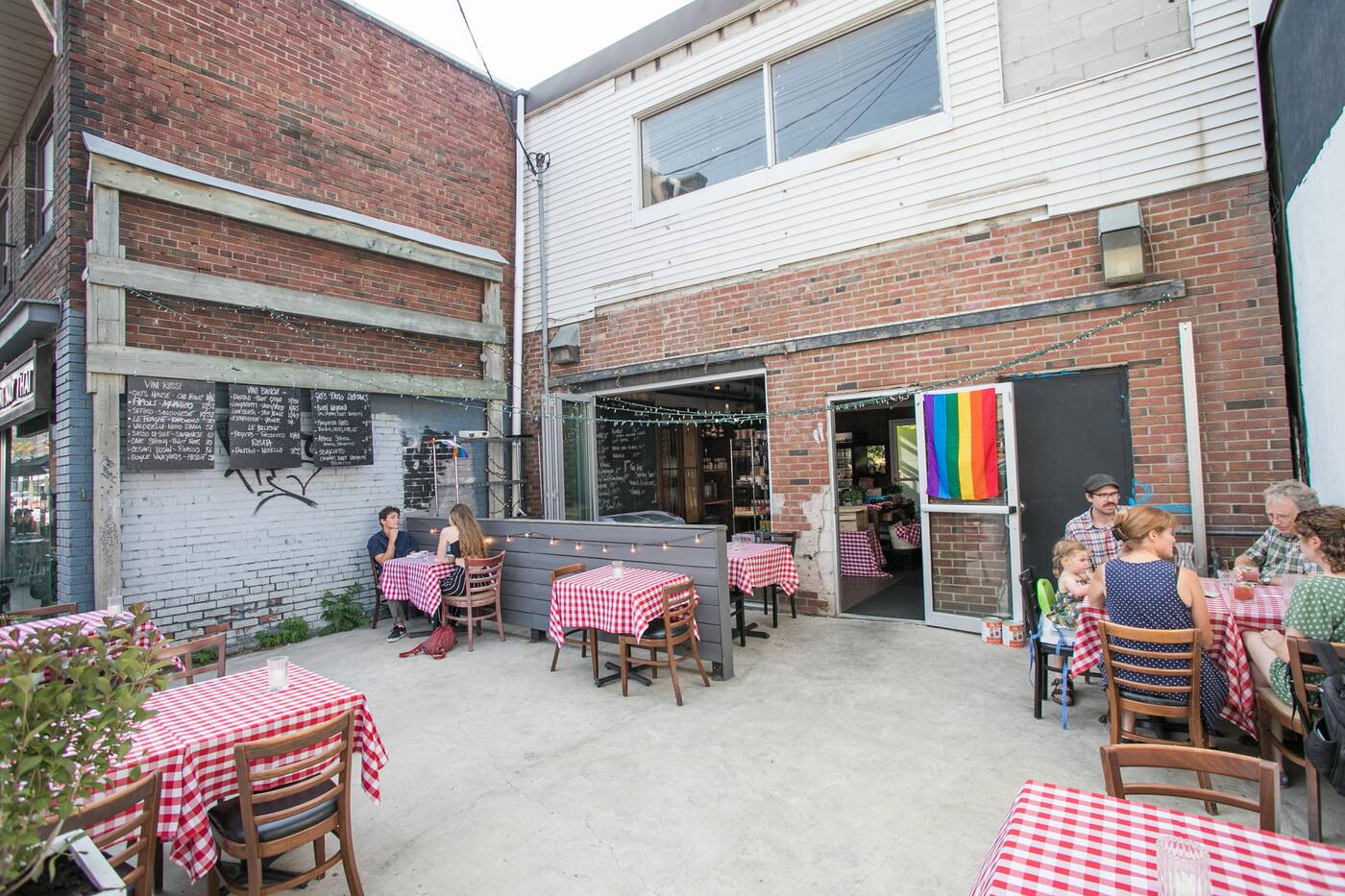 Gio's Rana's in Leslieville has the most colourful patio space on the block. Photo by Fareen Karim.

This east-side neighbourhood definitely provides a less crowded experience than, say, King West, when it comes to dining outside. But that doesn't mean there's a shortage of options on Queen East as well as near Jones and Gerrard.

Staples like Ascari Enoteca joins the fold with its first outdoor seating since it first opened eight years ago. Gio Rana's patio is spacious and decked out with checkered tablecloths, Greta Solomon's is serving their excellent French fare with great wine, while Goods and Provisions is a super small but chill spot for cocktails. 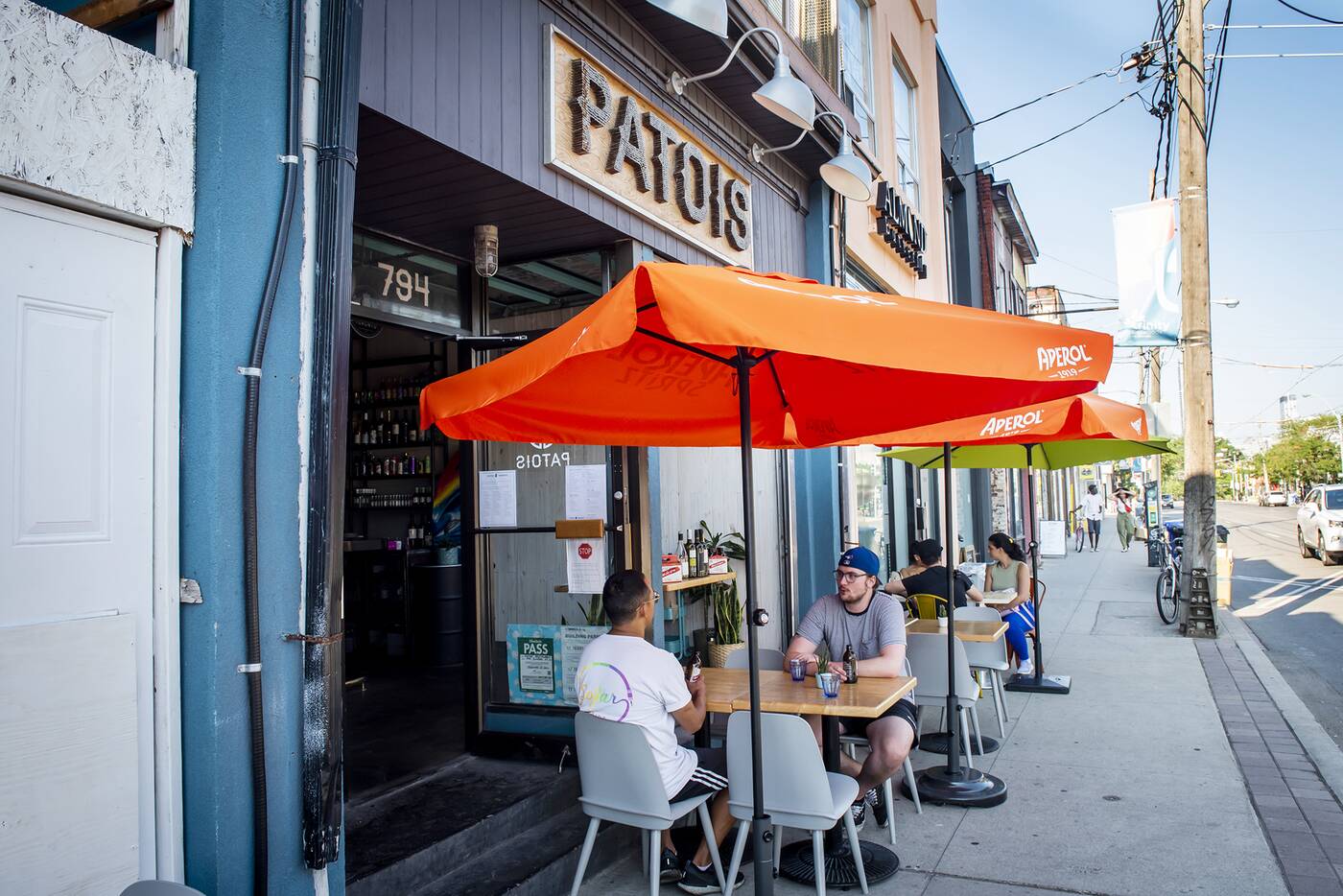 A number of restaurants along Dundas West have added limited outdoor seating. Photo by Fareen Karim.

More than 10,000 square-feet of new curbside patio has been added to the neighbourhood and will stay up until November 15.

Indie Alehouse is serving all its local craft beers on its new curbside space, while Deco is open for outdoor Italian under pretty green umbrellas. Hush Hush is offering a fenced off spot for gelato and cocktails, while The Alpine is taking the European eats from its cabin-themed interior to the street.