A patio of massive proportions has just opened up in downtown Toronto.

A new outdoor seating area called Rendezviews has just taken over a private parking lot on Richmond and John Streets with scores of umbrellas and picnic benches.

Touting itself as Toronto's biggest outdoor picnic, the new patio is a joint project between neighbours The Fifth Social Club and The Ballroom.

The gargantuan space, which takes over the parking lot at 229 Richmond Street West, has 80 tables, with capacity for six people each. 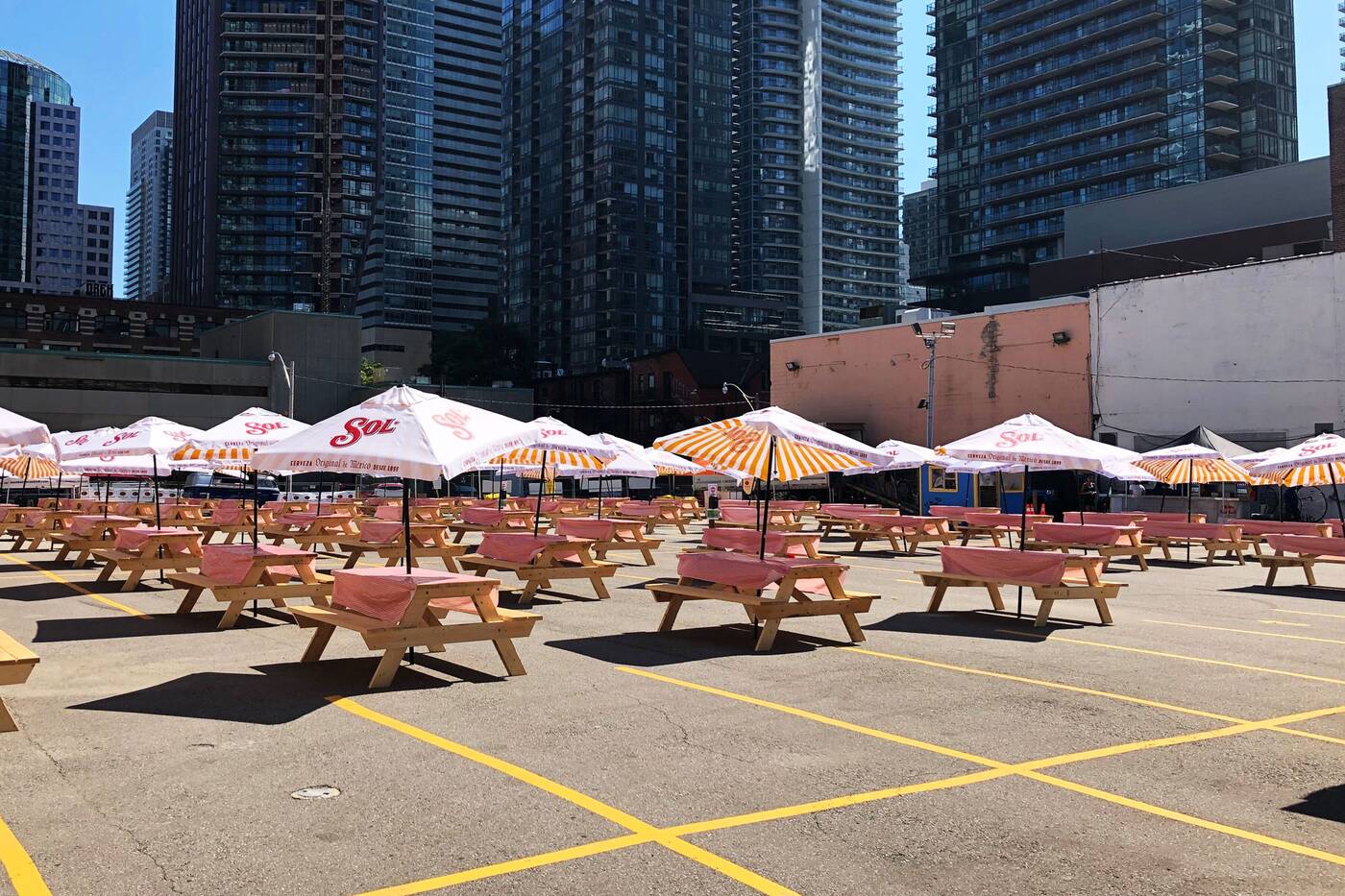 According to Rendezviews, half the tables will be run by The Fifth's staff, and the other half will be managed by The Ballroom.

It officially opened Friday at 5 p.m., with a drink menu that includes buckets of tall boys, martinis, and other cans of booze, which visitors can buy using a token system. 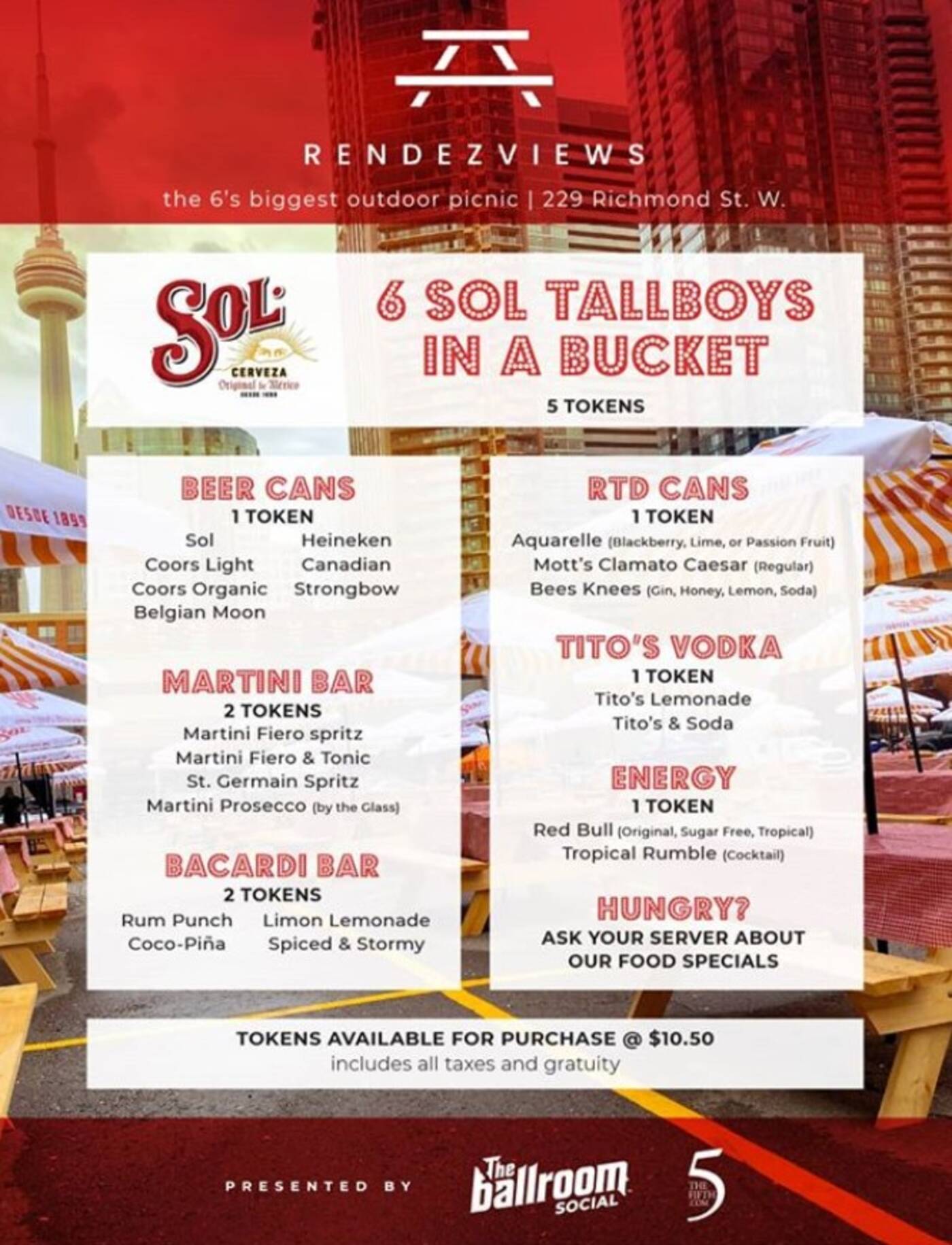 The drink menu as shown on Rendezview's Instagram stories.

Rendezviews says tokens are $10.50 each including tax and gratuity, which allows for a cash-free transaction.

The parking lot at 229 Richmond Street West is more than 28,300 square feet, and judging by the drone video of the lot, the seating fills the majority of that space.

The property has been slated to become a park for years, but it seems the city has lagged on the initiative, even more so with the pandemic now in effect.

According to Rendezviews, social distancing measures are in effect. While the patio is certainly large enough to accommodate hundreds of people, how they'll be able to manoeuvre around one another is a different story.