For the first time in eight years, the Italian staple Ascari Enoteca has a patio.

It's nothing fancy: just a wooden 16-seater with yellow umbrellas running the length of the restaurant, and a couple of standalone tables by the entrance, which seats four more people.

Since opening in 2011, the Leslieville restaurant has never had, or intended on having, outdoor seating.

But as people flock to Toronto's restaurant patios for legal dine-in under Stage 2 of the city's reopening, establishments have scrambled to piece together some semblance of an outdoor space to host diners or risk going under for good. 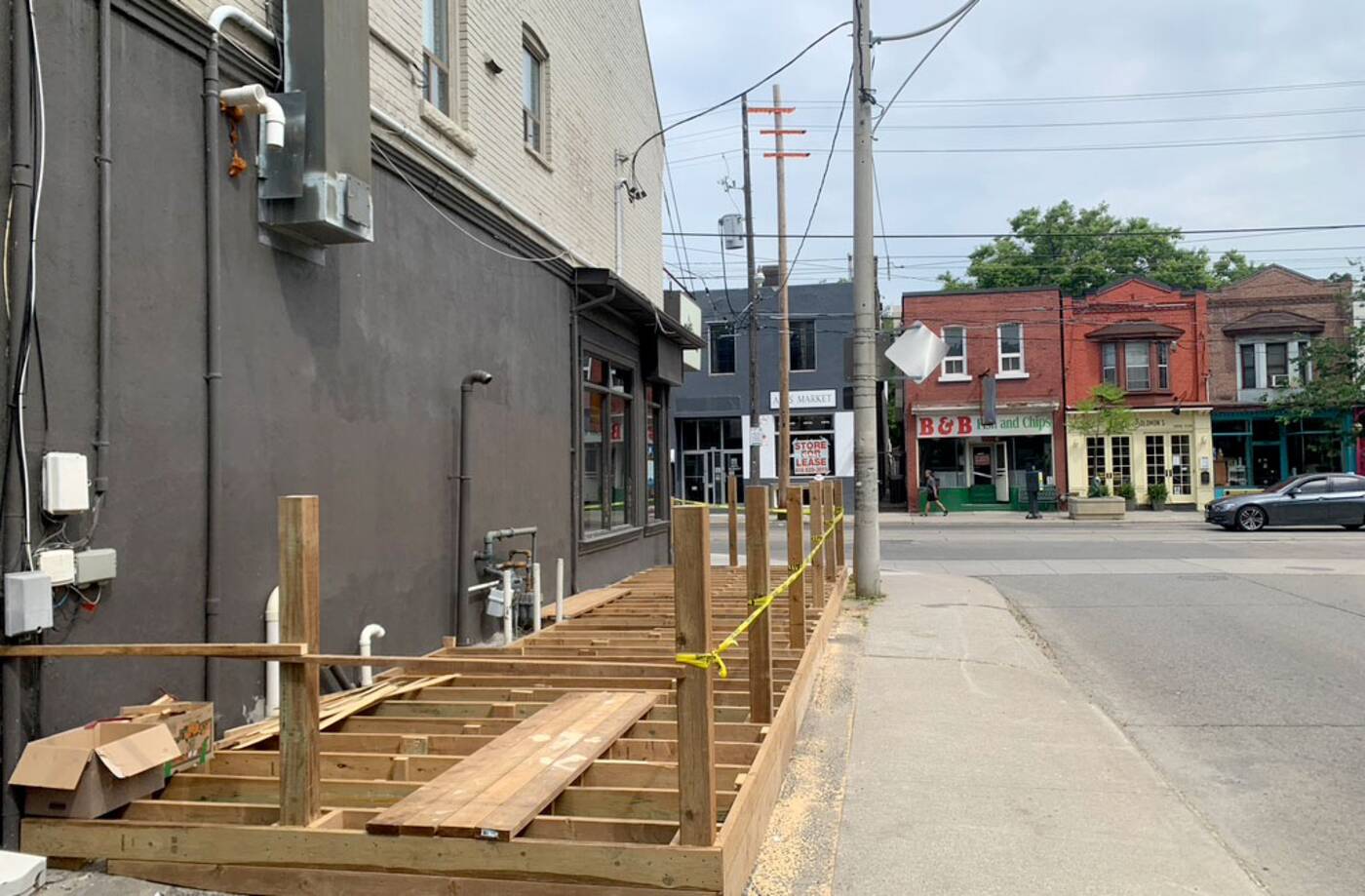 The patio as it looked during early stages of construction. Photo by blogTO.

"It was build that patio, or likely end up closing permanently, " says Ascari co-owner Erik Joyal.

They made the decision to add outdoor seating just two weeks ago, he says, during a time when Ontario had begun advancing the majority of its regions (Toronto excluding) into the second stage if the province's reopening plan.

"It was a very quick effort," says Joyal. "We had to really fit it very, very quickly."

Within three days of contacting their contractor, Ascari had a functioning patio that was ready to go by Saturday, and as per health code, tables are spaced two-metres apart, staff members are wearing PPE, and menus have been subbed out for disposable ones.

It was a quick turnaround, but necessary if the restaurant — which, pre-pandemic, would likely have had its 38 interior seats booked out on a summer weekend night — wanted to stay afloat.

The restaurant has had to shift its service, too. On afternoons, Ascari Enoteca now operates as a bottle shop for wine, prepared foods, and takeaway meal kits, which customers can eat on the patio. 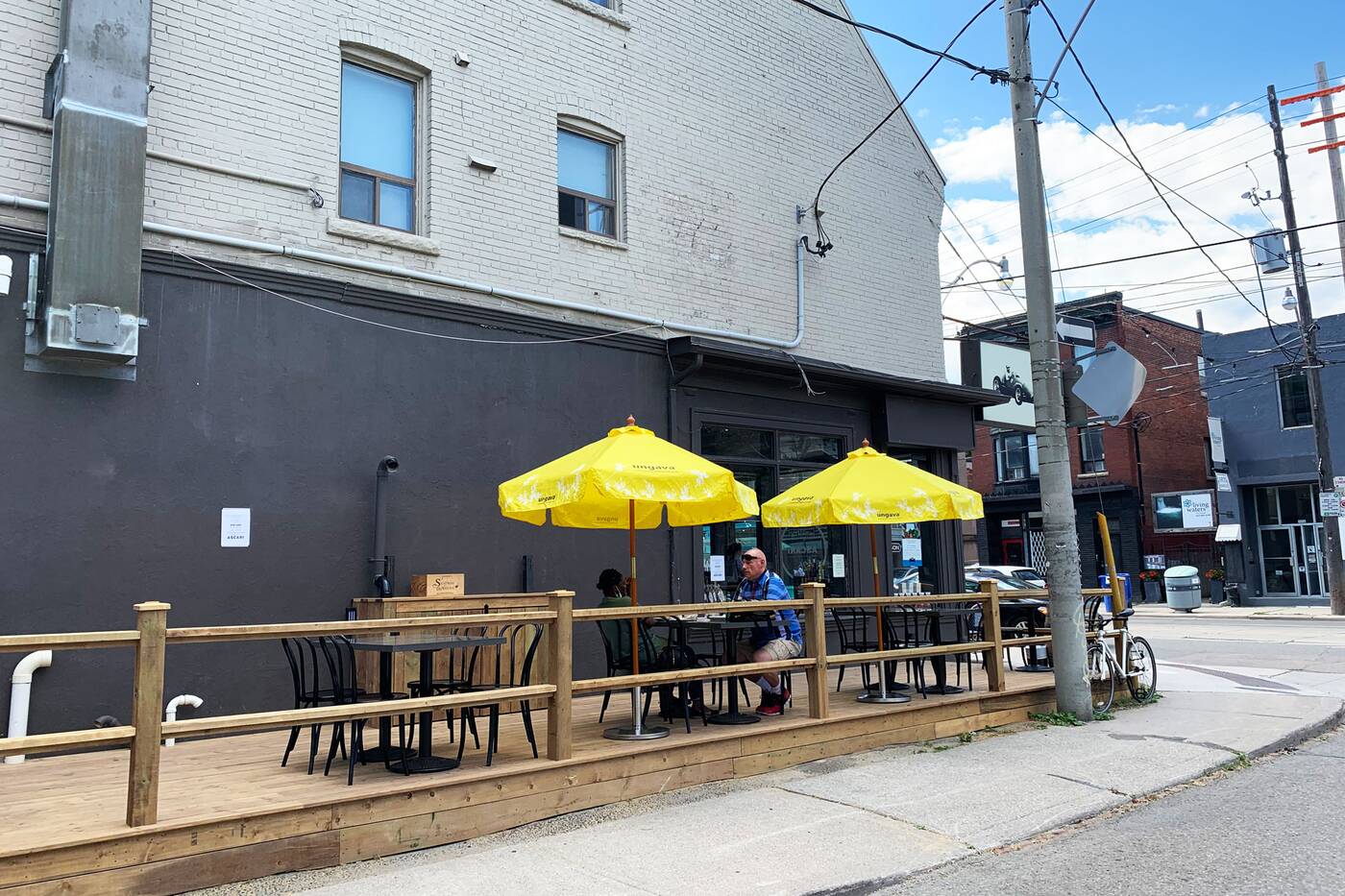 After 5 p.m., it transitions to regular dinner service. Reservations for that time is highly recommended.

Ascari's larger King Street restaurant already has a patio, but Joyal says it's a small win, given that the 136-capacity location is still only operating at around 20 per cent outdoors.

Toronto's restaurant industry is still awaiting news as to when dining inside will be allowed once more. In the meantime, those without patios or the space to build one will have to rely on take-out, delivery, or curbside pick-ups to make ends meet.

"Without building that patio, we would have no opportunity to have guests," says Joyal. "Thank God we had that space to do it, we did it, and we're happy with what we have."