Don't cry because the most entertaining 24-hour fast food joint in downtown Toronto is gone — smile because it existed in the first place... and because it kind of does exist again, in a more polished and sterile way.

The notoriously-wild McDonald's at King and Dufferin Streets, which closed down in November to make way for an impending (and highly controversial) condo complex, has reopened at 1100 King Street West, near the new Liberty Village Longo's.

You'll find the entrance to this brand new McD's on Joe Shuster Way, just across from Allan Lamport Stadium, but only if you're looking for it. Hey 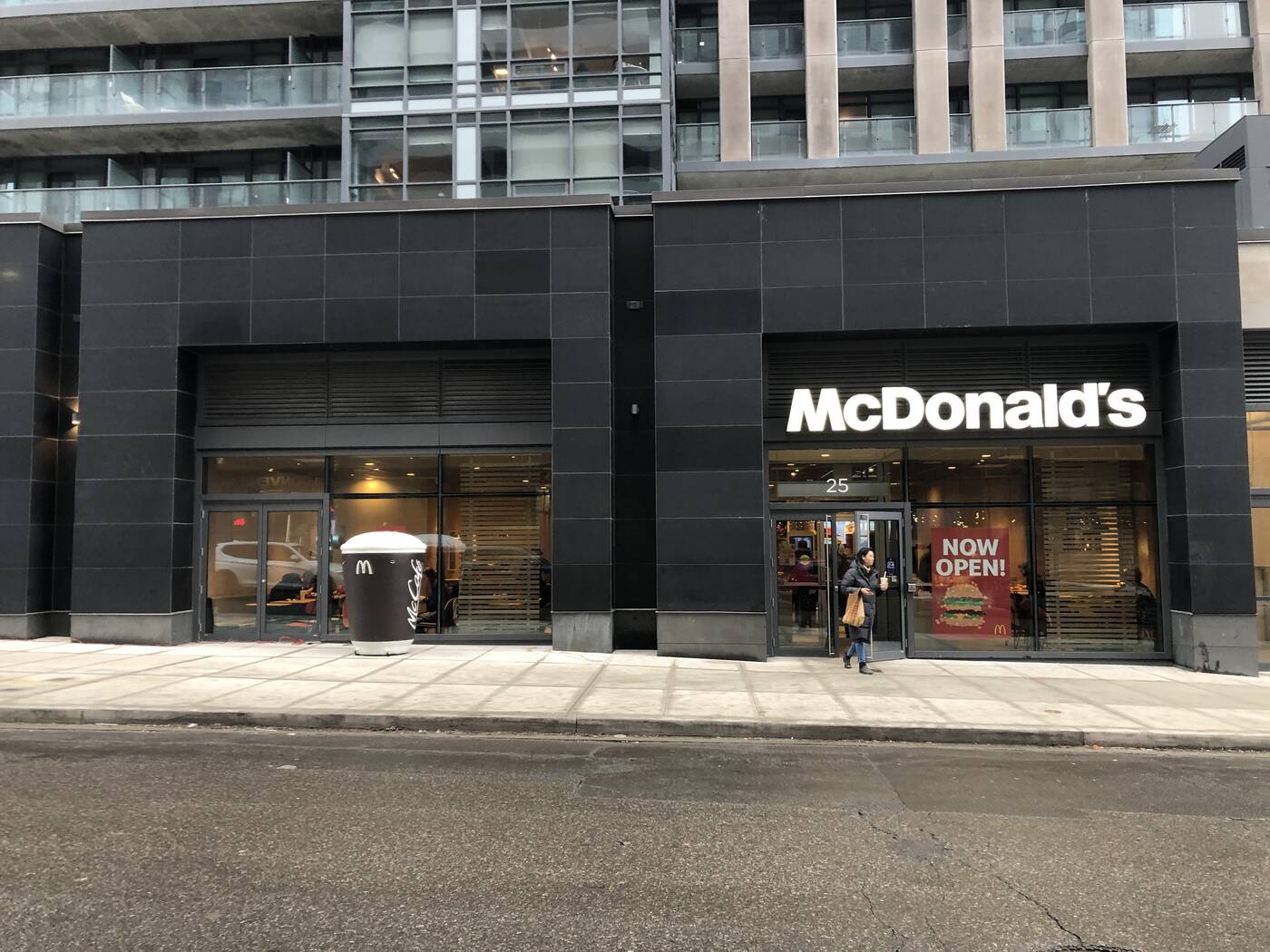 Unlike the traditional, standalone location we all knew and loved at 1221 King Street, this McDonald's has been built into the side of a massive mixed-use complex, next to what will soon be a Canadian Tire store.

Some may argue that Joe Shuster Way isn't Liberty Village proper — and they may be right — but the new McDonalds in question is most certainly part of the Kings Club complex, which bills itself as being "nestled in the thick of Liberty Village."

"Come experience the liberty of rental living in the heart of Liberty Village," reads the website for the property, which also boasts a Winners, a Shopper's Drug Mart and hundreds of residential units. 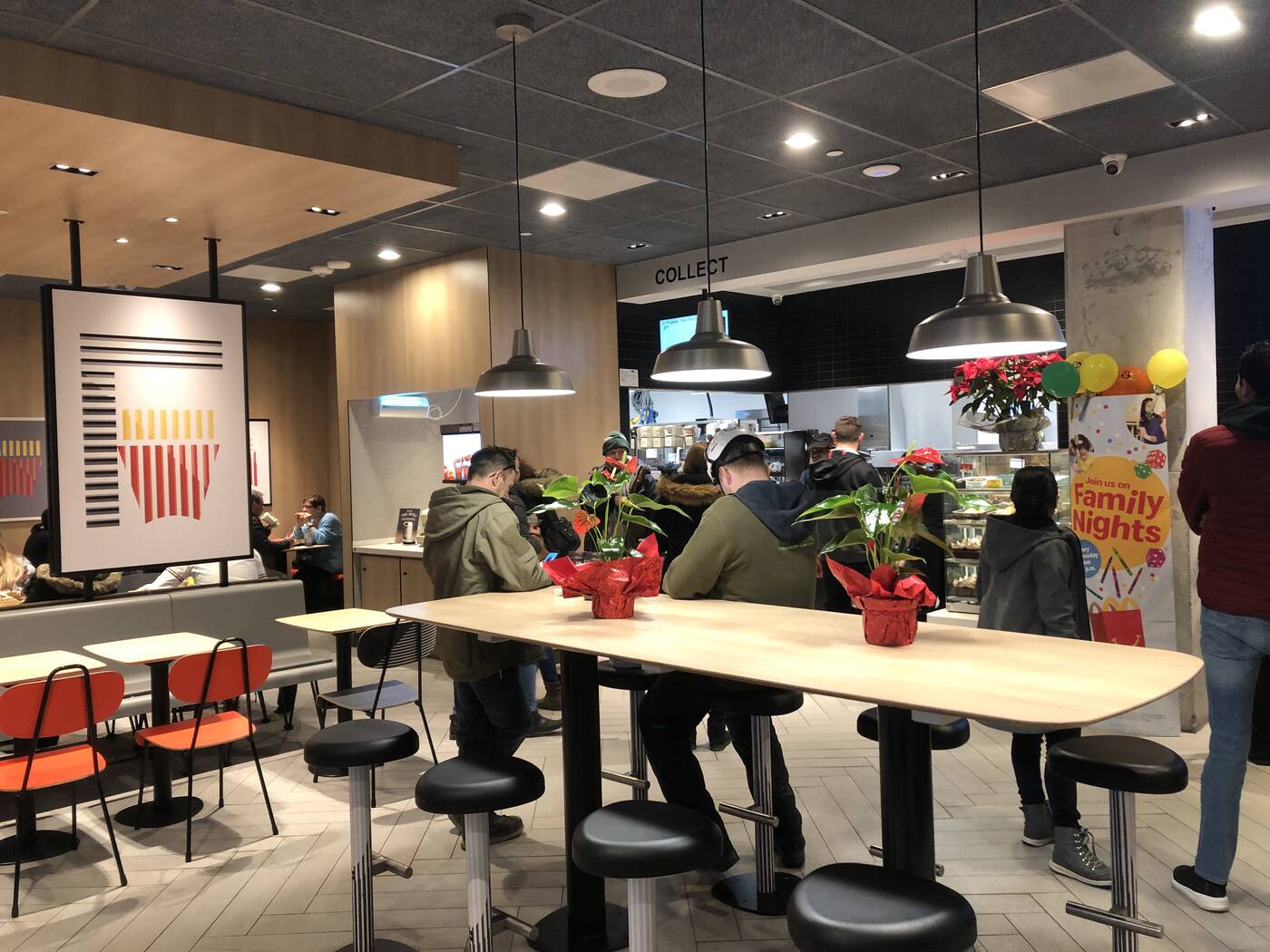 Being that it's brand new, the 1100 King Street West McDonald's is fresher and fancier than its predecessor, but it is owned by the same franchisee as the original Parkdale location was.

It's also open 24/7, for all you nuggie-hungry night owls.

Notable additions to the business include free, one-hour underground parking and cool "tasty burger" signs on the walls. One very notable feature missing from the new outlet is a drive-thru window. 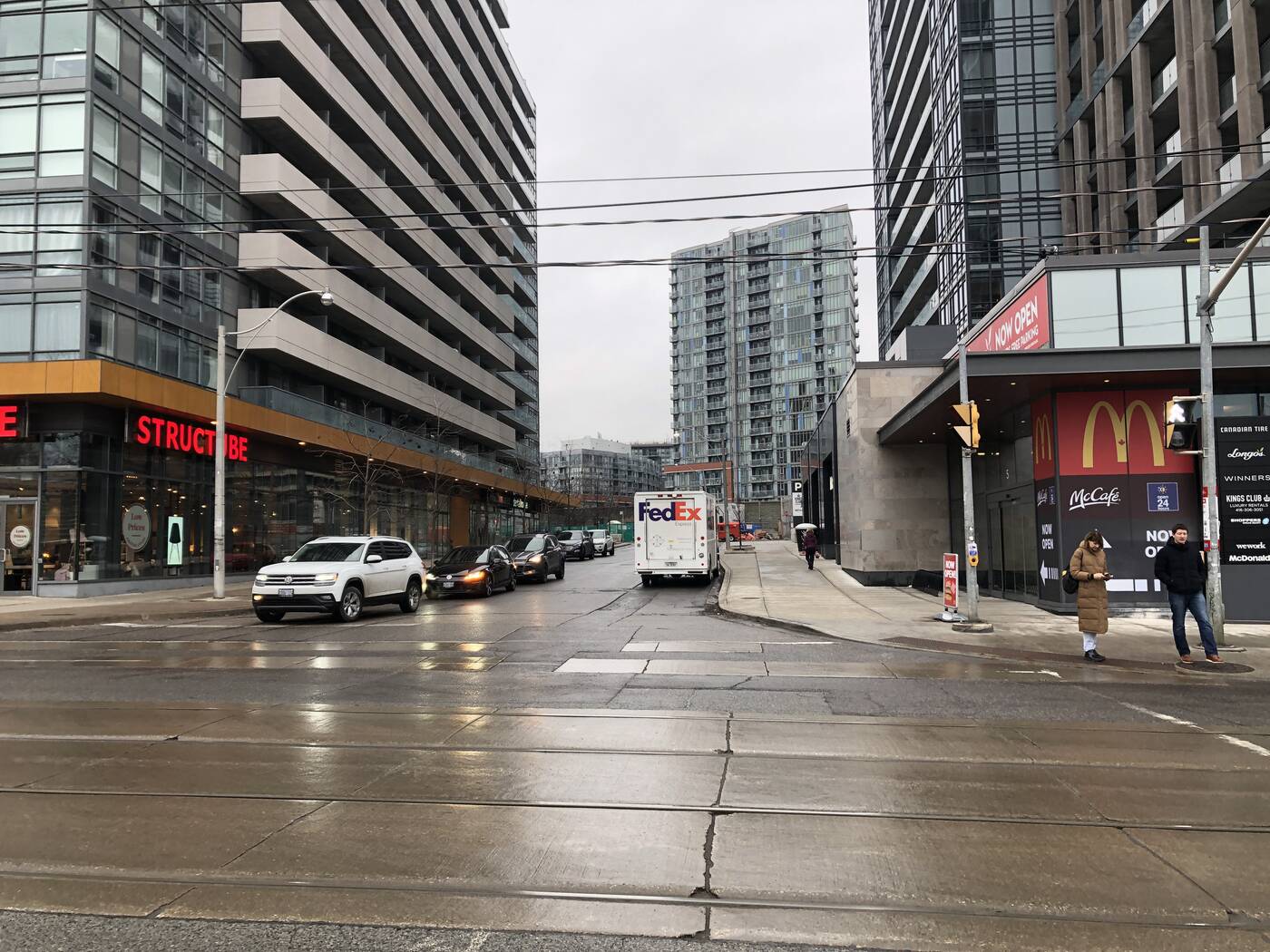 Staff from the old location have reportedly been hired on to work at the Liberty Village McDonald's, which opened its doors to the public on Friday, so at least there will be some familiar faces for regulars to enjoy.

As of lunch time on opening day, the restaurant was pretty busy — but not so busy that security guards needed to be stationed around the tills.

That — along with the installation of blue lights over its toilets — is something only our beloved Parkdale McDonald's will likely ever be known for.