Golden arches burn to a crisp outside infamous Toronto McDonald's

The notoriously wild McDonald's location at King and Dufferin Streets in Toronto is looking a bit worse for wear today — like, even more so than usual — after losing a big ol' chunk of its flagship sign to fire.

Behold, a perfect visual metaphor for the impending gentrification of this most controversial corner: 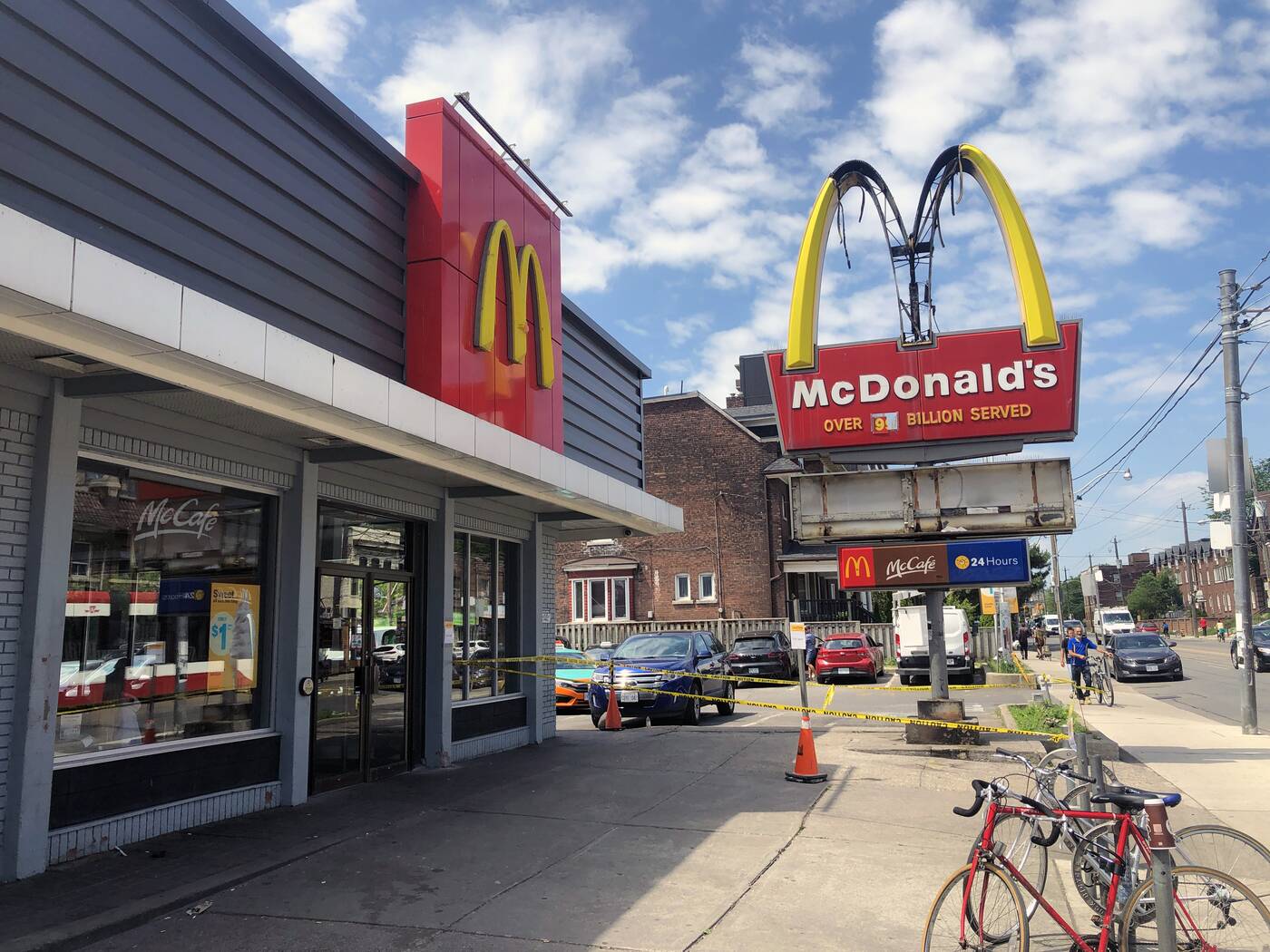 Neighbours of the soon-to-be-demolished fast food restaurant in  eastern Parkdale first noticed how crispy the golden arches above its King Street entrance looked on Thursday morning.

"Must have been a pissed off customer from that location... in which case, the suspects are endless," replied one commenter.

"The sign was vandalized last night," wrote another. "Assuming the ice cream machine was down."

Others surmised that the McDonald's, which recently installed blue lights in its bathrooms to deter intravenous drug use, had closed. 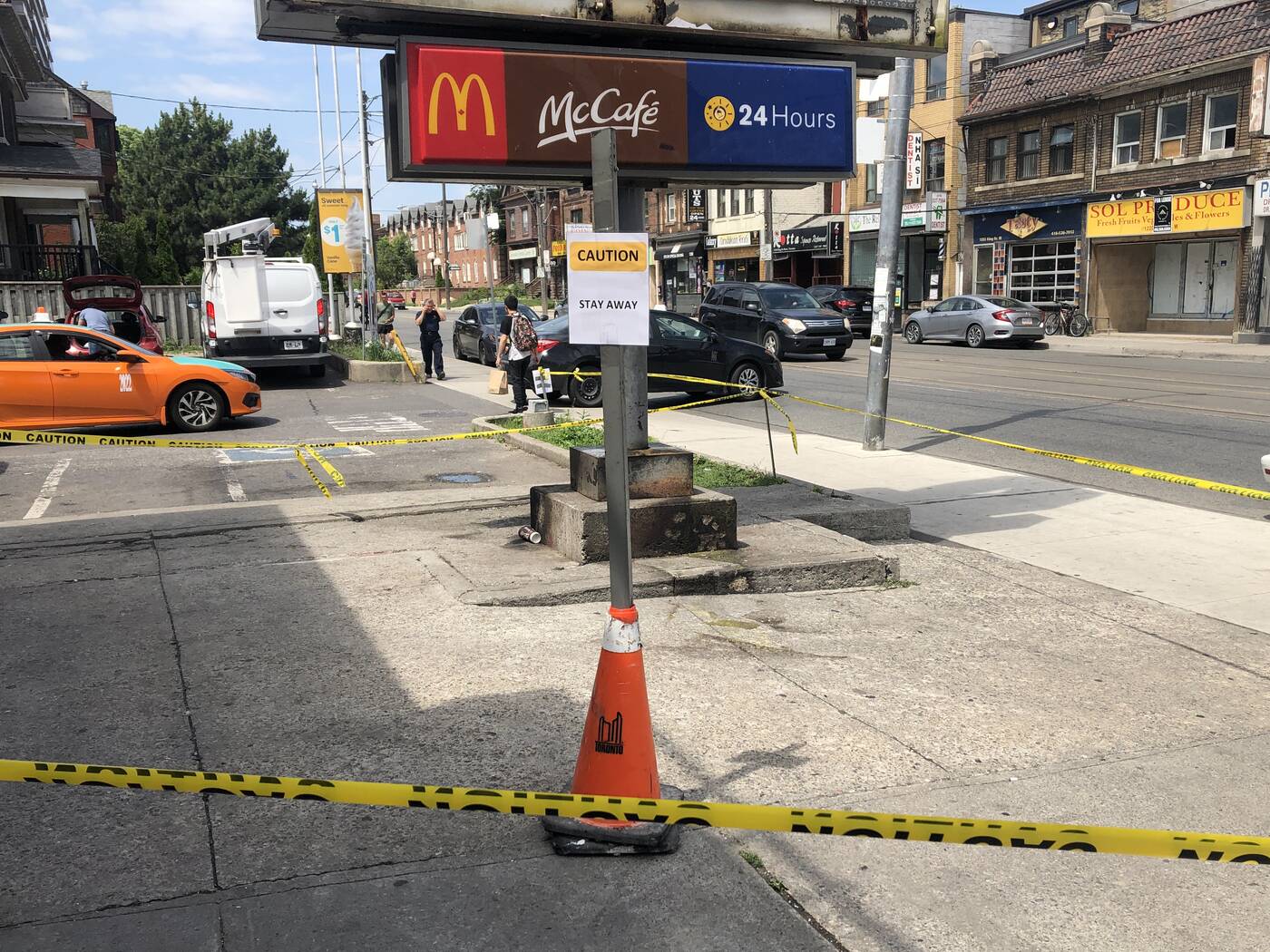 The closure theory makes sense given that a massive condo development is slated for the site — the same development that earlier this week forced the closure of Island Foods across the street.

It's not true, however, according to the store's owner. Neither are any vandalism rumours.

"I am thankful that no one was hurt. I'm working closely with Toronto Fire Services, who confirmed that the restaurant is safe, and we are happy to be welcoming our guests as usual."

Caution tape still surrounds the signpost on King as of Thursday afternoon, but it doesn't seem to be deterring anyone from going inside to line up for cheap soft serve.