Trix Cereal is coming back to Canada

Remember when shoving neon-coloured bits of sugary grain stuff into your mouth was considered "part of a balanced breakfast?" Back when your biggest goal in life was to collect enough cereal box tops to score a free Pez dispenser?

General Mills is banking on it.

The Canadian arm of the U.S.-based foodstuffs manufacturer just announced that Trix Cereal will be returning to grocery store shelves across the country this summer in its classic, fruity-shaped form.

"Canadian Kids of the '90s Can Rejoice: Trix Cereal Is Back!" wrote the company in what is a clear attempt to target millennial consumers.

"Trix first debuted the fruity shapes in Canada in 1994, establishing its place in 90s pop culture history, especially among kids growing up in this era." continues a press release announcing the product's return. 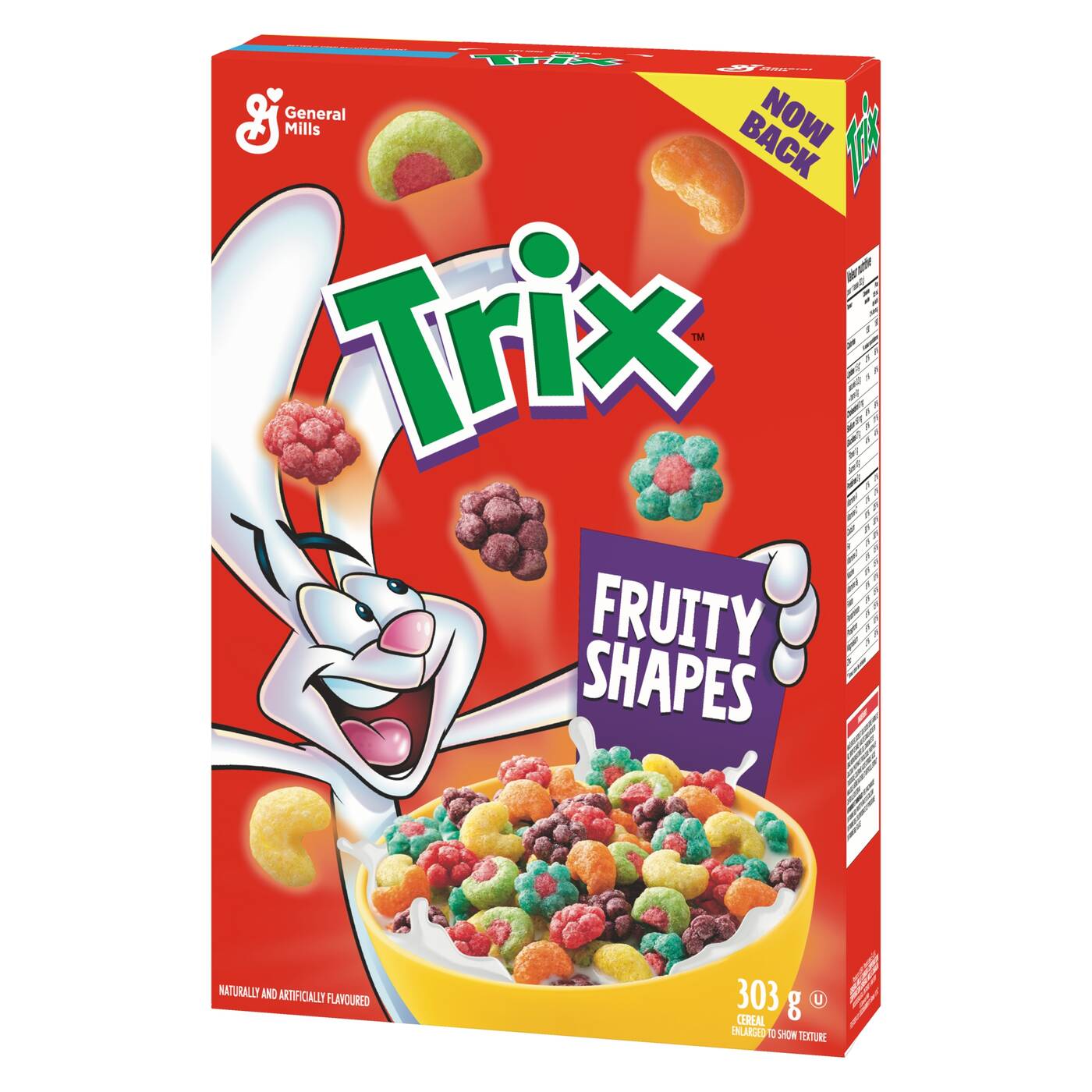 The 'silly' Trix Rabbit is best known for his repeated attempts to steal cereal from children in TV commercials. Image via General Mills.

Trix was discontinued as a permanent item in 2005, but was available from time to time as part of limited-run promotions.

Now, in celebration of what General Mills calls the "60th birthday of the iconic Trix Rabbit," the product is coming back in an official, permanent capacity.

A representative for the multinational company explained that Trix has maintained "a dedicated following" over the years, "with fans longing for their favourite cereal to return to their bowls."

These fans, apparently unable to satisfy their cravings with the near-identical tasting Froot Loops or Frooty Pebbles cereals (manufactured by Kellog's and Post, respectively,) will have their wishes granted by the end of August.