Some of the biggest personalities in Toronto’s Italian food scene took to Instagram (again) recently to respond to some negative feedback about their latest pop-up.

Sugo was recently invited to do their thing for one night only at The Chase Fish and Oyster on February 20, boxing, foosball and all, but unfortunately not all those who attended the event were satisfied with their service.

Following the event, Sugo posted an email sent along to them by The Chase Fish and Oyster containing feedback about the event in which an attendee complained the Sugo staff were “extremely unprofessional, drinking wine while the rest of us were dining, playing foosball and let alone the obnoxious boxing practice that was taking place right behind our table.”

“Would have expected better from a high class establishment such as The Chase and as well as Sugo which has great reviews at their regular location,” they continued.

Conor Joerin posted the feedback to Sugo’s Instagram story with the name blacked out with the commentary, “Bro please never come to Sugo.” 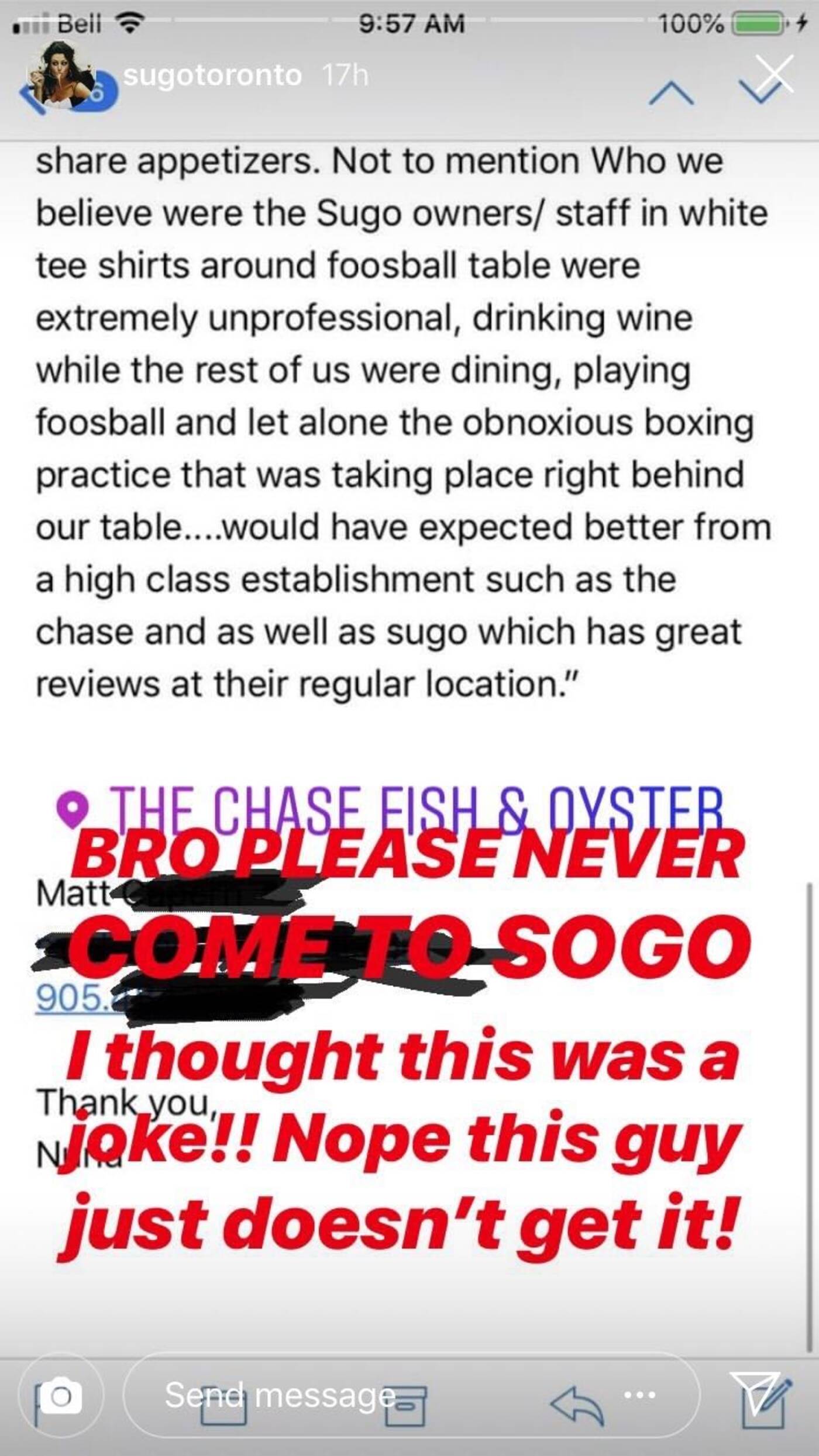 Shadow boxing at tables, loud foosball matches and hollering from the kitchen are actually standard at that well-reviewed regular location, and Joerin asserts that the negative reviews he responds to are from people who just don’t get it, and that he’d prefer to deal with complaints immediately in person rather than through the grapevine.

According to the customers (a couple who have been to The Chase Fish and Oyster before, but not Sugo), they also found the tables uncomfortably close, received no side plates after asking for them, and food didn’t live up to expectations; they were served five Oysters Rockefellers instead of the six listed on the menu.

The couple wrote that while The Chase Fish and Oyster was “very understanding” after receiving their feedback in a message, Joerin responded by posting the feedback to Instagram.

One person from the couple responded to the Instagram story in DMs where Joerin continued to argue with them about his approach to customer service without apologizing. 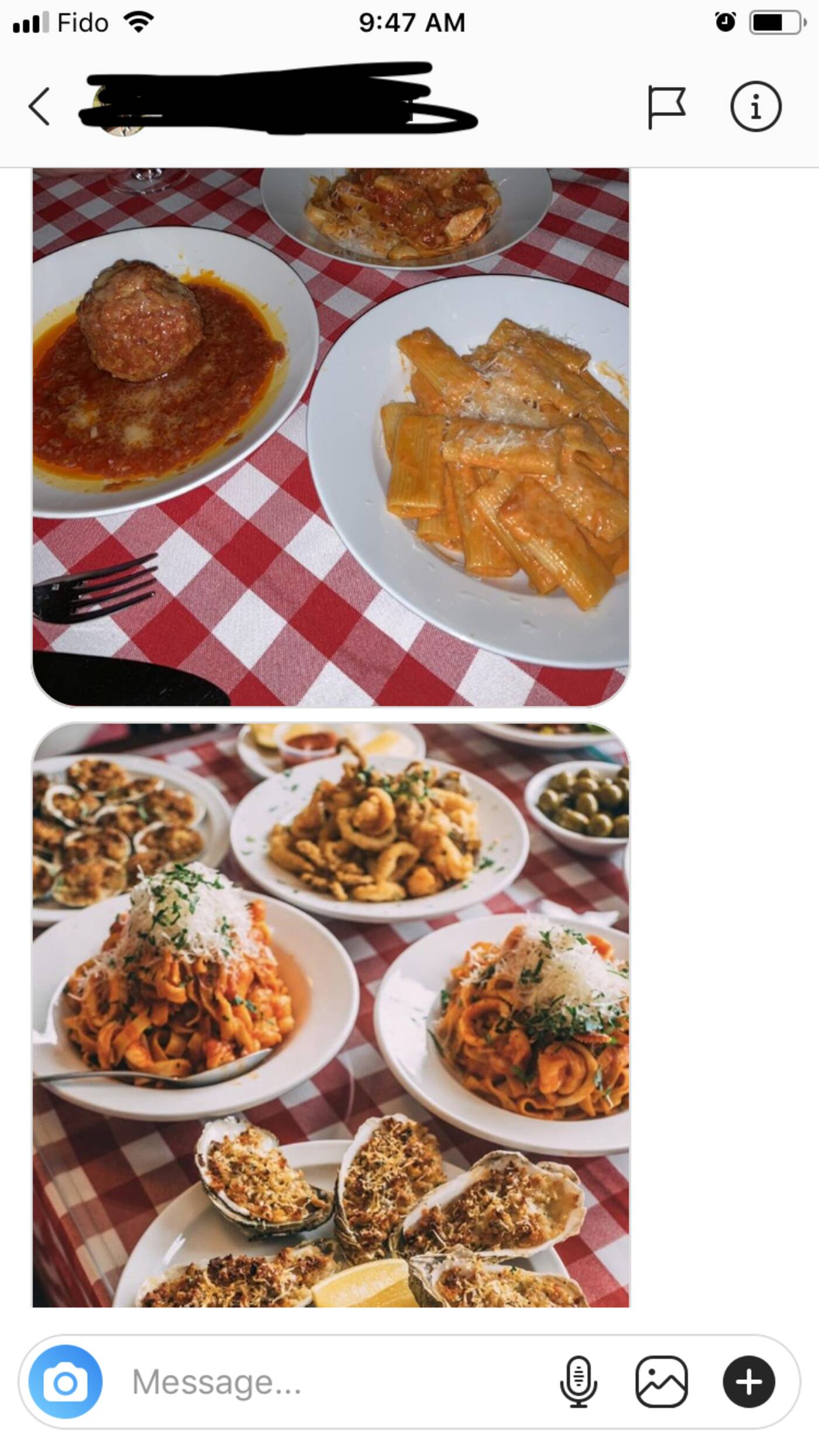 A DM sent to us comparing the offended couple's experience to promotional photographs.

Apparently the foosball players were dishwashers who were actually the kids of some of the restaurant staff, one of their dads was enjoying a glass of wine, and Sugo staff were teaching pop-up attendees to box as part of the event.

The Chase Fish and Oyster had reached out to Sugo initially as they were amused by the restaurant’s geotagging practices.

Apparently several parties that night arrived at The Chase not even knowing about the pop-up, and not finding the more raucous atmosphere suited to them were seated in upstairs at The Chase.

Joerin acknowledges that Sugo’s “super in-your-face” approach to customer service isn’t embraced by many restaurants, but that they do it to “try to create laughter” and engage with customers on a real level.