The Chase Fish & Oyster is the more casual of the two restaurants that have opened in the historic Dineen Building at Yonge and Temperance. Located on the ground level, the interior has subtle nautical vibe that conjures up a beach-side oyster bar. That's not, however, to say that it isn't upscale: both restaurants in this tandem are directed at the deep-pocketed occupants of the Financial District , and it's obvious that owner Steven Salm put a boatload of money into this endeavour. 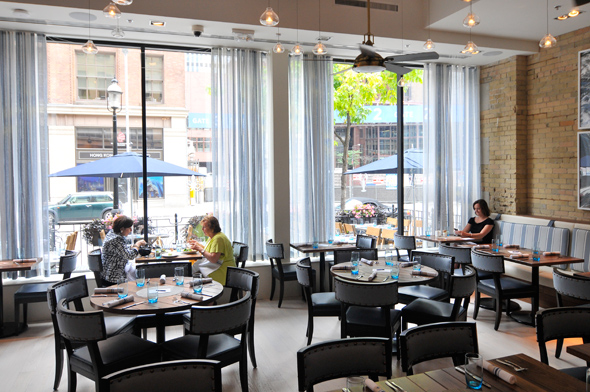 Where the menu at The Chase is extensive and diverse, the lower level lives up to its longer name in putting the focus of its raw bar and seafood. Naturally there's a steak ($28) and a few other non "surf" items (fried chicken seems somewhat out of place), but they're not the main attraction. 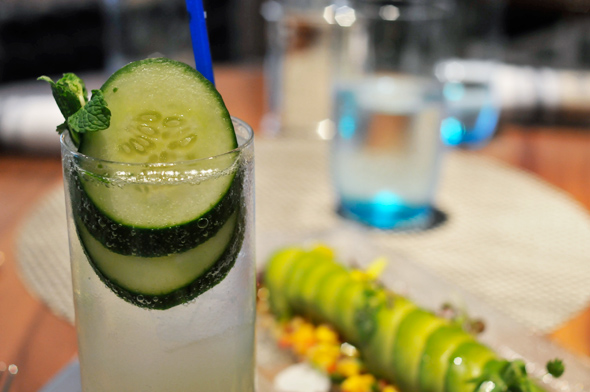 The wine list is also pared down here (you could still easily order a bottle from upstairs), though you'll find 22 by-the-glass options ranging between $12 and $25, including a a white offering from Norman Hardie that's served on tap ($11 glass / $40 jug). The cocktails, meanwhile, are more playful on the ground floor with options like the Shipwreck ($14), which features gin, Pimm's, lime, cucumber and mint. Also impressive was the Sea of Cortez ($18), a tequila based drink with grapefruit, Chartreuse, lime and agave. 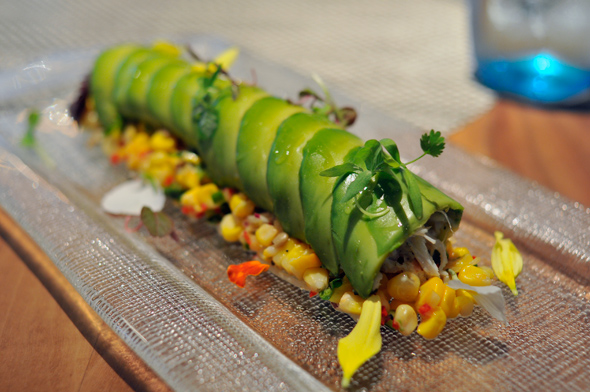 We start with the "California" Roll ($19), a long spread of avocado stuffed with dungeness crab and corn salad. The crab is smokey but light, and the creaminess of the avocado pairs well against the light acidity of the salad. It's an ideal lunch dish: filing enough but not likely to make you feel stuffed. 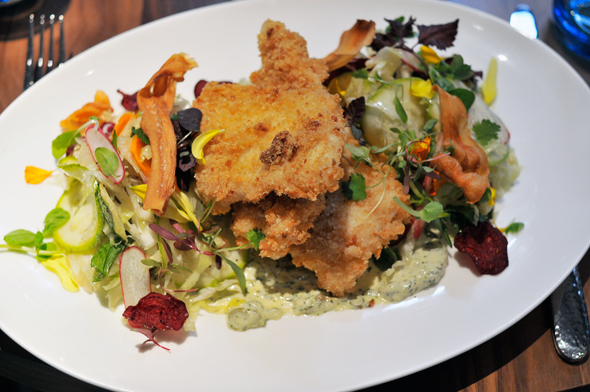 Next is the Crispy Pickerel Salad ($23), two portions of deep fried pickerel served atop a bed of radicchio and dilly tartar sauce. The fish is indeed crispy, but also manages to come off as not particularly greasy. The batter might have been seasoned a bit more aggressively, but one can take care of this at the table. A lighter take on fish and chips, this is a more refined version of the classic. 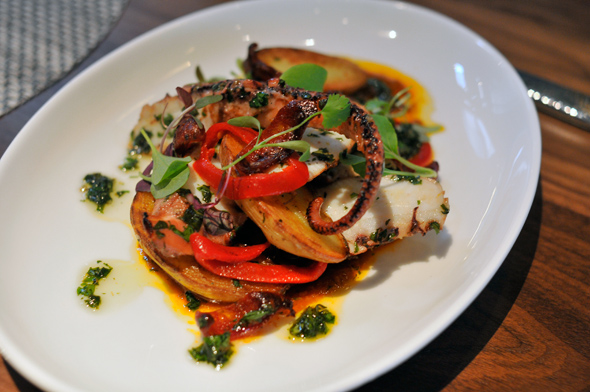 To finish this late afternoon meal, we go for the Octopus ($23). A colourful dish, there's a slight Mediterranean influence in the form of the accompanying black olives and piquillo peppers. The octopus itself is tender and mild, taking flavour from the other items on the plate, which include impossibly crispy and salty bits of pork sausage. If only there were a few more of these, I'd still be raving about the dish (which I kind of am anyway). 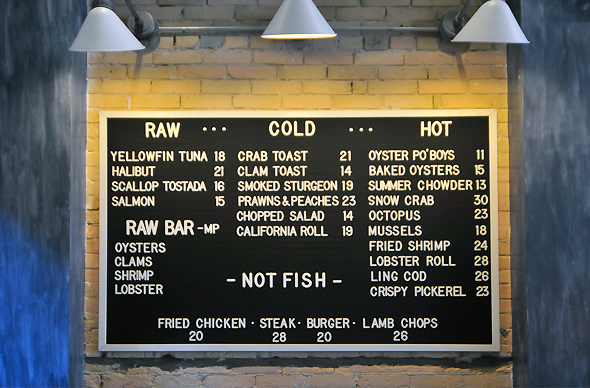 We skip the oysters (market price, three piece minimum) on this visit, but a subsequent stop at lunch reveals a wide variety bivalves and as many as six "fancy sauces" ($2 each), including Bloody Mary Salsa, which was a particularly good complement. That said, each order comes with your standard fresh horseradish, lemon, as well as cocktail and mignonette sauces, so there's less incentive to order any add-ons.

The Chase Fish & Oyster is going to be a serious player in the business lunch and post-work drinks game, though its ultimate success will rest on attracting crowds through the evening. Given my early visits, I'd say the pieces are certainly in place for this to happen. 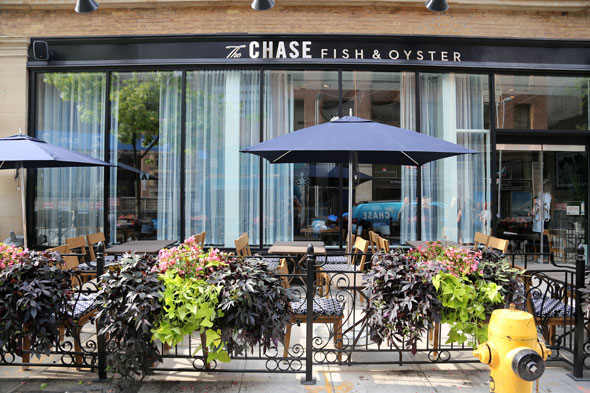