Last winter, a strategically-placed middle finger in Toronto's Entertainment District got the entire city talking about King Street's pilot project and its impact on local businesses.

That "fuddle duddle" ice sculpture was one of several brilliant plays by Kit Kat restaurant owner Al Carbone, who argued that the city's changes to King Street were hurting sales for his and other restaurants in the area.

Warm weather put an end to Carbone's multiple ice sculpture stunts when King Street came roaring back to life for the summer, and we haven't heard much from those who were campaigning against the transit pilot since.

This changed on Thursday with the launch of a "unified ice sculpture statement" along restaurant row between Peter and John Streets. But this time, it's not so much a protest as it is a way to attract customers and start a new conversation with the city. 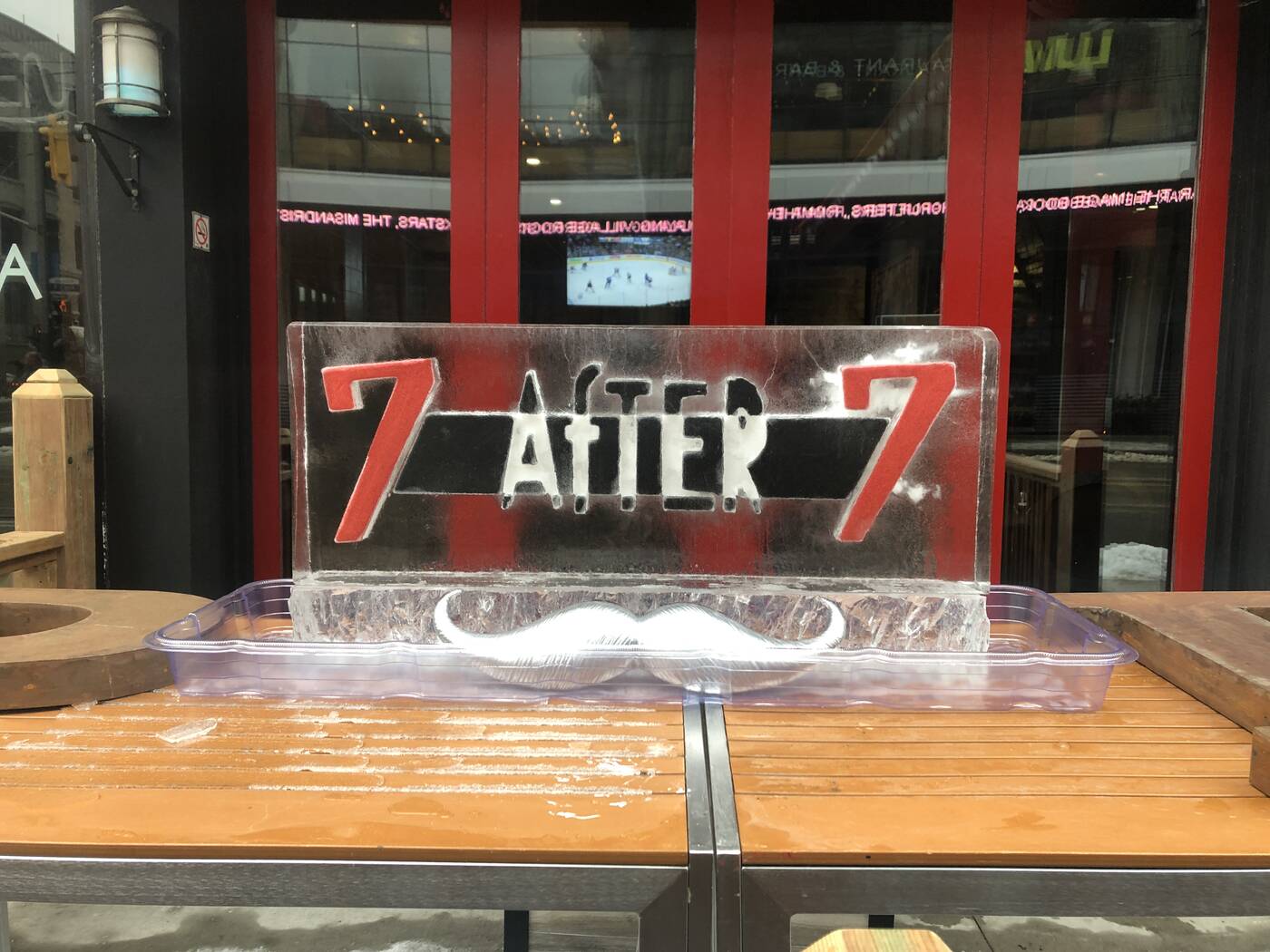 "An alarming 17 restaurants are confirmed by the Ontario Restaurant Hotel Motel Association to have closed in the area this passed year, and a reported double digit drop in sales had occurred in the Pilot area of King Street West since the start of the Toronto Transit Pilot," reads a press release issued Thursday morning by the Kit Kat's John Carbone, citing ORHMA president Tony Elenis.

"With little outside promotion, King Street West will look to garner some much needed attention through self promotion with hopes of establishing a compromise with the City."

Nobody can definitively say how the closure of those 17 restaurants are connected to the pilot project, which restricts car traffic along King between Bathurst and Jarvis to prioritize public transit.

Some reports say customer volume has actually increased since the pilot began in November of 2017. Others say the opposite.

Many citizens say it doesn't matter either way, given how much the project has improved daily commute times for tens of thousands of people. 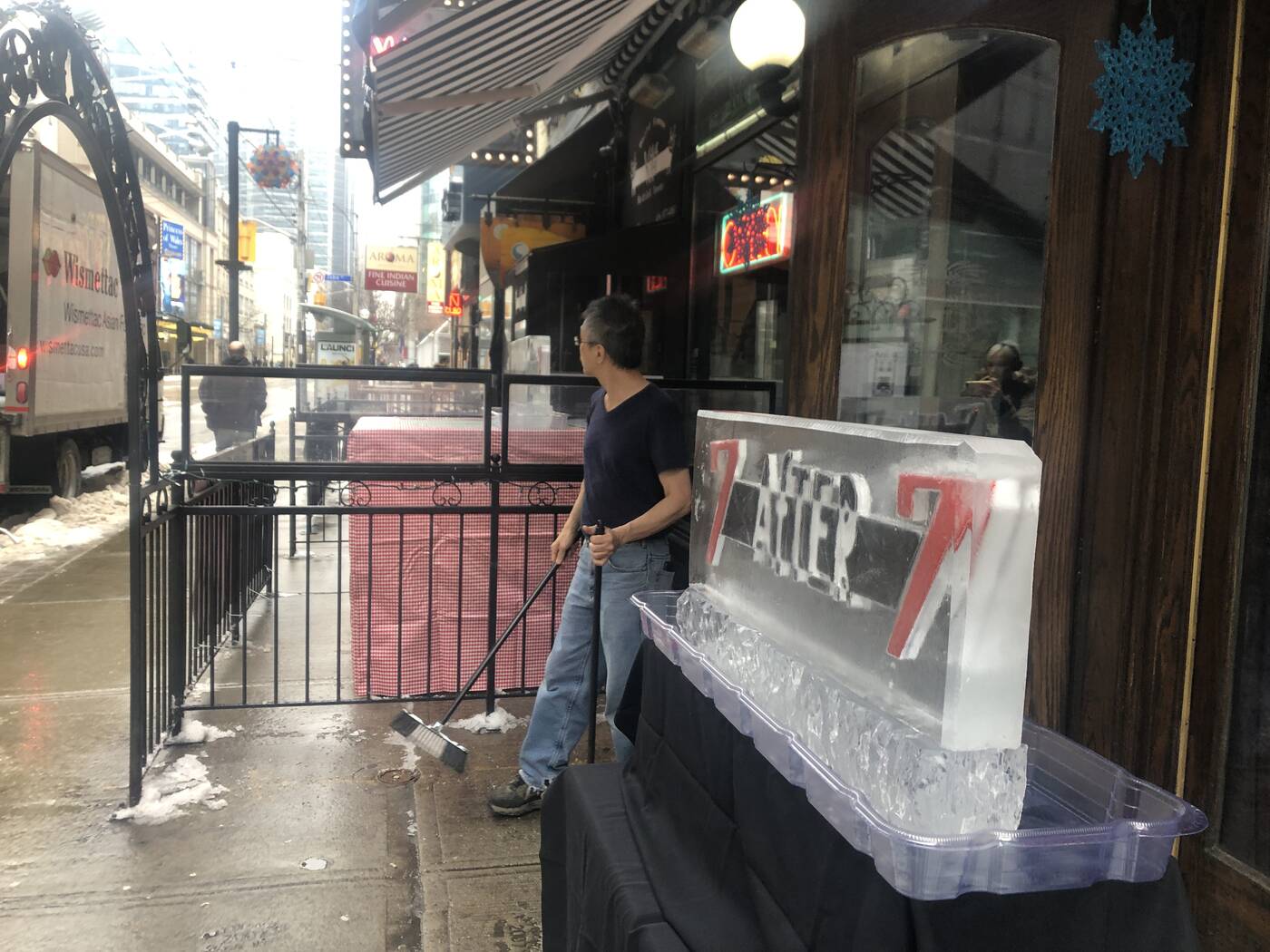 "We realize the importance of moving people along King Street and we want to see even more streetcars at rush hour," said John, Al's brother, by phone today. "But it would be great if the city would allow cars at other times, maybe after 7 p.m."

In that spirit, nine restaurants on King Street between John and Peter are hosting a promotion they're calling "7 after 7" (hence the matching ice sculptures outside each spot). 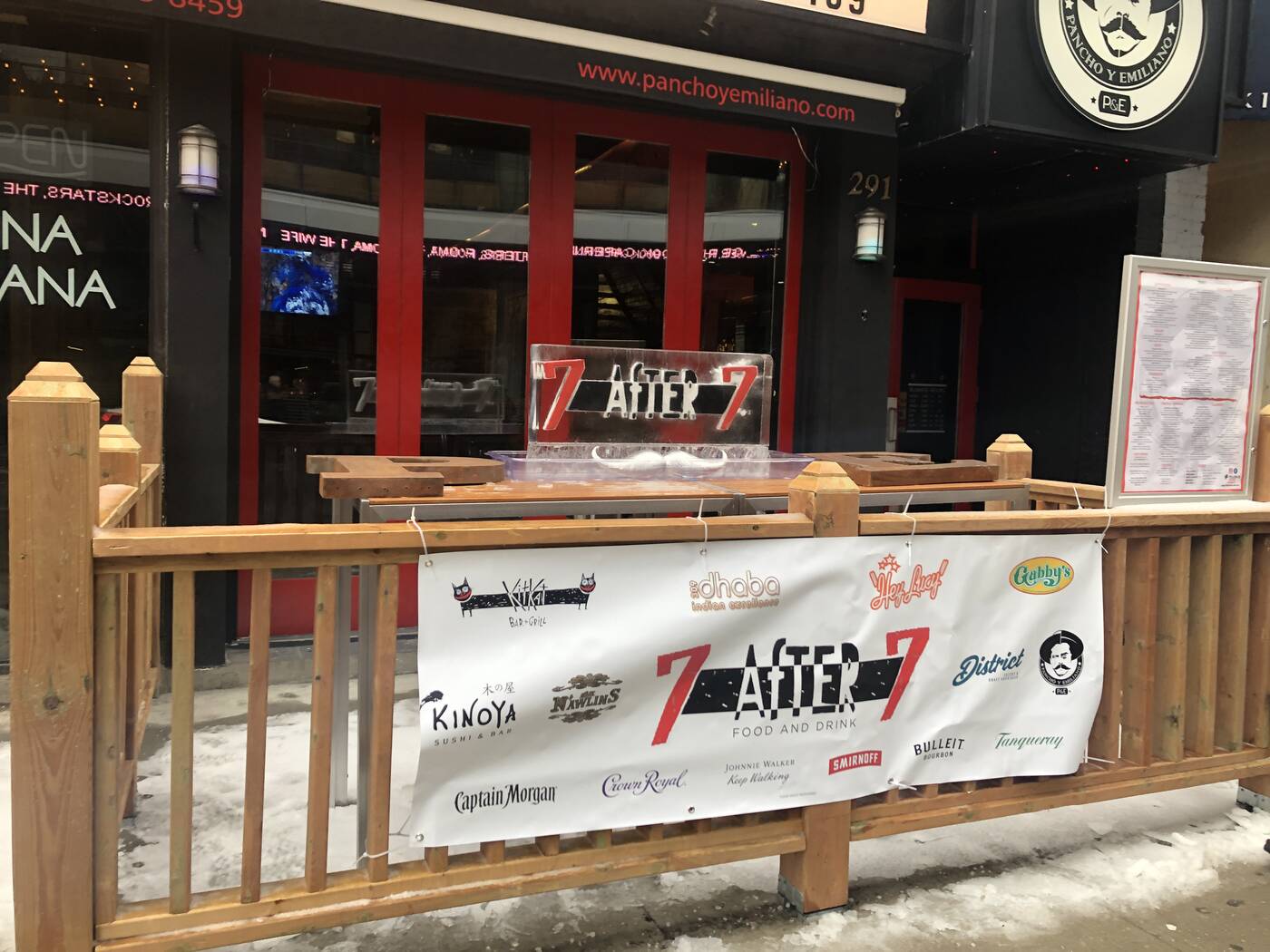 Should you walk by those places before Toronto melts again, you'll be able to identify them by the "7 after 7" sculptures on their patios.

"With today's excitement and energy, we are extending this as an invitation to other restaurants East and West of us to join in and promote King St businesses!" reads this morning's press release. "One ice sculpture at a time, let’s restore King Street's vibrancy and vitality!" 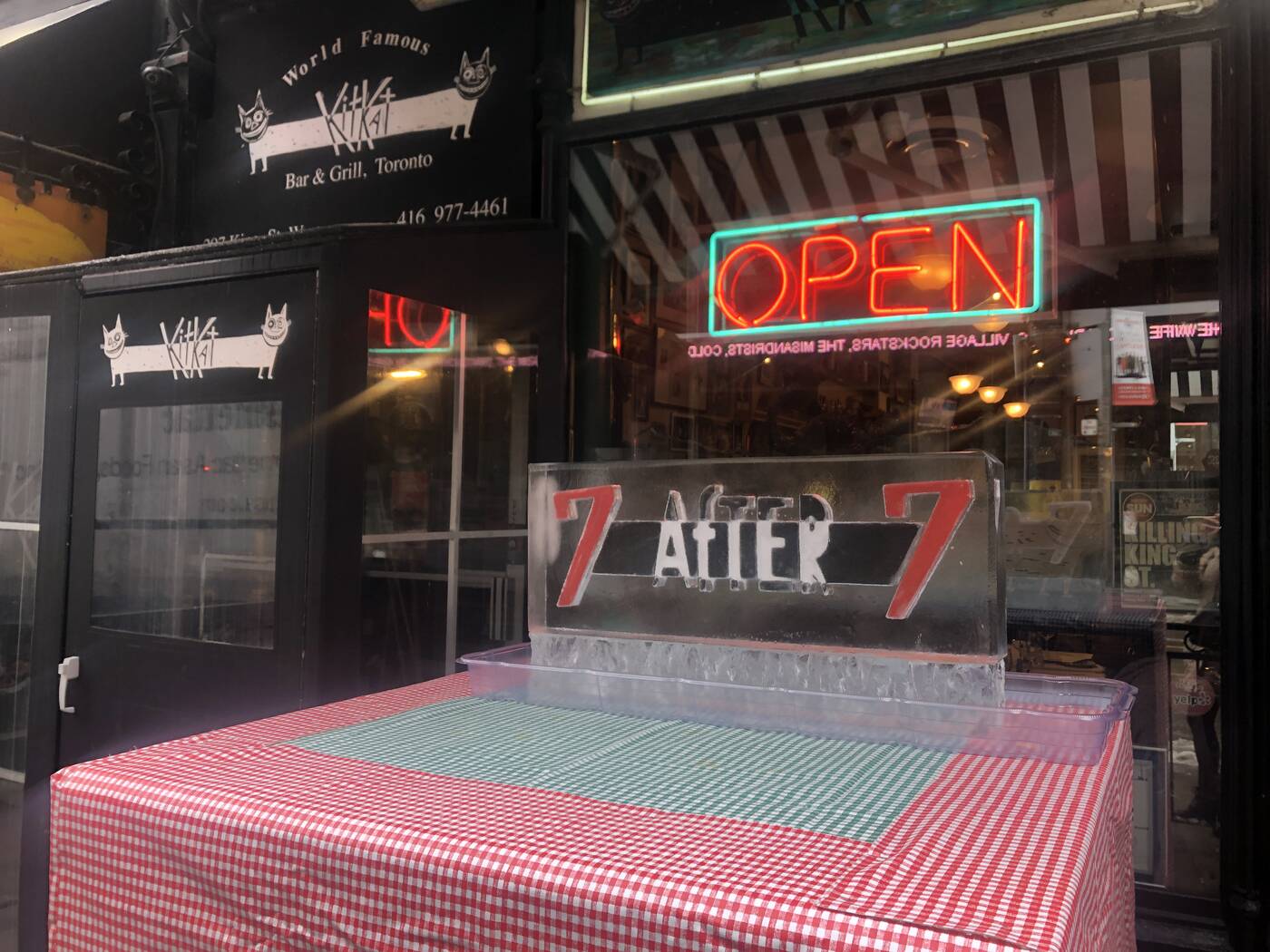 You do you, restaurant row. The ice sculpting industry is undoubtedly grateful once again.