The hockey players of restaurant row returned to their makeshift shinny pad on King West today for a rematch, a protest, or what might more accurately be termed a combination of the two.

"They're having fun," said Kit Kat restaurant owner Al Carbone of the game taking place in front of his business. "It's so dead here. It's a ghost town."

The saga continues... people are once again playing road hockey to protest the #KingStreetPilot 🚊🏒🥅 #hockeyTO #videosTO

Carbone, a spokesperson of sorts for the months-long anti-King Street Transit Pilot campaign, says he hosted this second game to make a point (again) about how quiet King Street has been since the pilot's launch in November.

"There's been no improvement," he said, explaining that he and other restaurant owners want to see the pilot project scaled back. 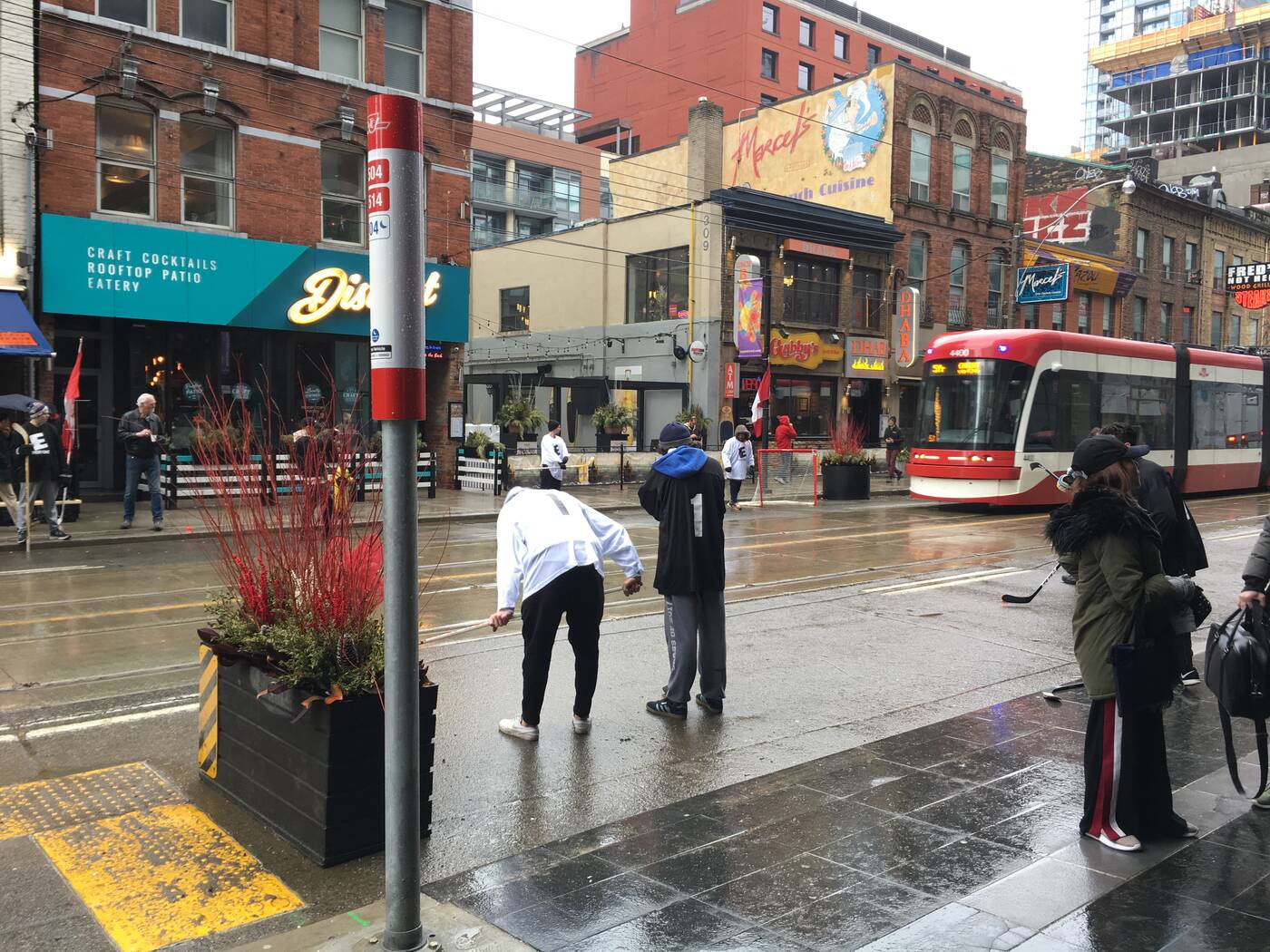 Carbone is asking the city to restrict car traffic only between 6 and 10 a.m. "They can leave us alone after that," he said. "Give us back our lunch and dinner parking."

The hockey game is his way of getting the public's, and thus the city's attention, much like the ice sculptures he erected last month outside the Kit Kat at King and John.

The world’s most confusing protest is at it again! @blogTO @torontoist pic.twitter.com/t98lDd7fnP

The players themselves appeared to be at the game today, first and foremost, to play hockey.

They politely paused the game and moved everything aside when streetcars approached, once again, providing entertainment for those who live and work in the area.

Whether or not street hockey becomes a legit form of protest remains to be seen, but at least one local polling firm president thinks the last one may have worked to shift public opinion in Carbone's favour – even if just a little bit.