The Toronto chef who chopped up a deer leg in front of vegan protesters says he won't bow to the group's demand that he display a sign about animal rights in the front window of his restaurant.

So they're doing it for him, with a projector.

"Chef [Michael] Hunter has refused to put up a sign in his window," reads a press release from the group, which recently renamed itself the Grassroots Anti-Speciesism Shift (GRASS.)

"Marni's solution is to bring a powerful projector and shine the sign for all to see. There are plans to take the projected sign around major city buildings."

"Marni" is protest organizer Marni Ugar, who will be leading tonight's demonstration outside Antler starting around 7 p.m.

This will be the eighth of such protests outside Hunter's Dundas West restaurant in recent months, and the fourth since video footage of the chef "taunting" the animal rights activists went viral.

The vegans said earlier this week that they won't stop these weekly protests until Antler displays the following message in its front window:

"Animals' lives are their right. In their desire to live and capacity to suffer, a dog is a pig is a chicken is a boy. Reject Speciesism."

Do you actually believe these protests do anything? Antler is now the most famous restaurant in the area, it's fully booked for the next month maybe more, and they now have international fame? Your little protest ended up getting way more animals killed pic.twitter.com/eiAbyYkUnR

Hunter told Joe Rogan in an interview earlier this week that "there's no way" he'll be doing what Ugar's group asks.

He also spoke to Rogan about his own stance on animal rights, condemning factory farms and talking about how difficult it is to take the life of an amazing creature while hunting for food.

At one point, Rogan mentioned the irony of protesters targeting Antler, which focuses on game meat, when a butcher shop is right across the street. 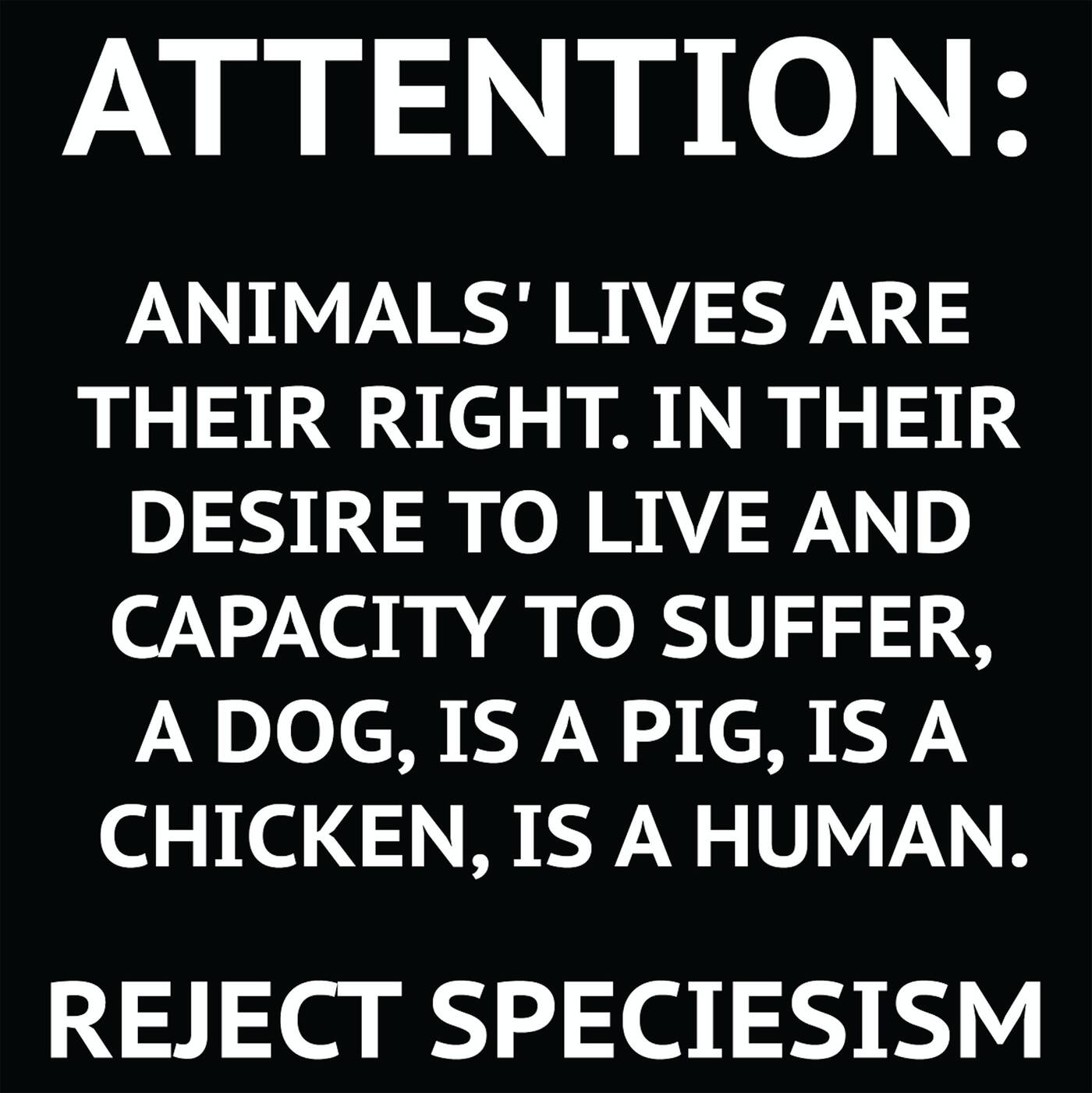 An image of the sign vegans plan to project on Antler restaurant and other Toronto buildings.

"[Ugar] is taking Chef  Michael Hunter's recommendations on the Joe Rogan show seriously," reads today's press release, noting that she plans to "lead protestors to where he suggest they protest next - the butcher shop opposite his restaurant - Pavao Meats & Deli" after they hit up Antler.