How was your Toronto Festival of Beer this summer?

The Toronto Festival of Beer turned 21 this year, and it celebrated the milestone like a freshly legal youngster. Even though it fell on the same weekend as Wayhome, the three-day event saw over 30,000 beer lovers swarm Bandshell Park at Exhibition Place for a weekend of boozy fun.

'Tis the season of seeking excuses to day drink, and this was the epitome of them all. Armed with complimentary keepsake beer mugs and fistfuls of tokens (the TFOB currency), attendees flooded the festival grounds each afternoon and sought out continuous top-ups from its 150-plus vendors until the event wrapped at 11 each night. 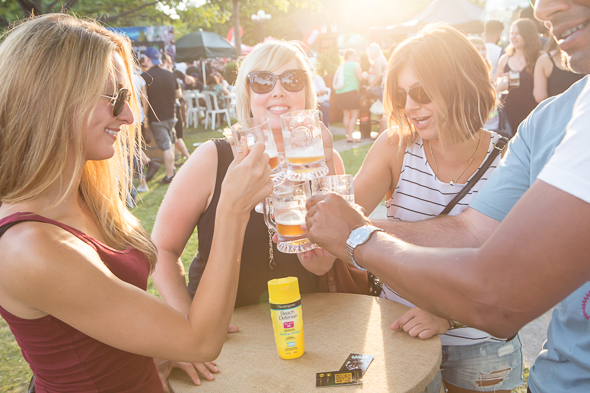 The atmosphere was a mesh of that picnic-y, rib fest sort of vibe with a music festival air, and people dressed for the occasion by donning neon shades, majestic DIY headwear constructed from recycled Steamwhistle boxes (there were many of these), glow sticks and tank tops scribbled with beer-related sentiments. 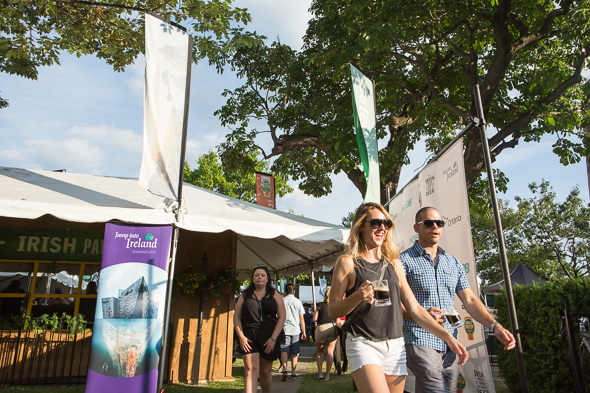 There was everything a tipsy Torontonian could want out of a summer weekend.: oversized beer pong, silent disco at the Miller tent, fair-style games and an impressive lineup of live performances: Naughty by Nature took to the Bandshell Stage twice on Friday, providing a perfectly-timed pick-me-up for those attendees who'd started to droop after hours of chugging. 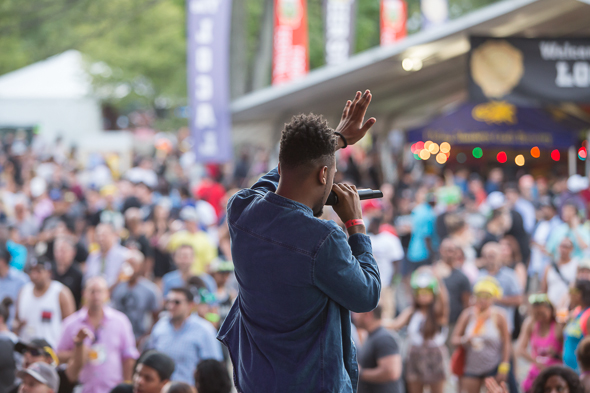 54-40 appealed to the older crowd on Saturday, Lowest of the Low performed on Sunday, and throughout all three days, people also got to catch some Irish groups in the Irish Pavilion, a new addition to the TFOB.

Hosted by Tourism Ireland, this corner of the festival showed off Irish beers, bands, chefs and other entertainment, giving people the chance to investigate the country that has as much of a beer-loving reputation as we do. 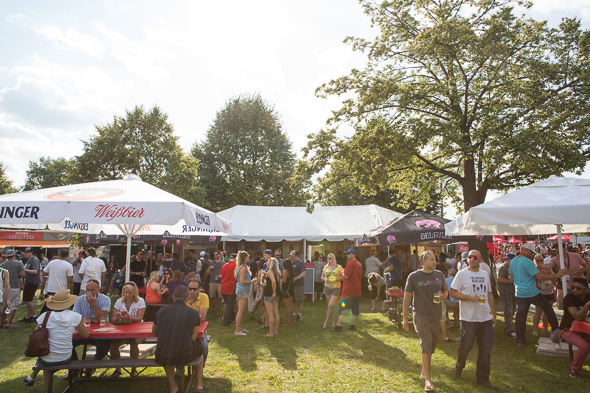 Besides a brief bout of rain on the Saturday, attendees basked in glorious weather the entire time. Everyone was in great spirits - no one tried to ruin anyone's fun. Apparently after 21 years, this festival knows the secrets to keeping their thousands of visitors happy and respectful.

In fact, the TFOB brought people together, reminding everyone that there's no bond quite like that which exists amongst beer lovers. By the end of each night, no one could turn a corner without being met by a friendly, woozy fist bump or a clumsy "cheers."

Even John Tory made an appearance at one point, hailing his own half-pint with pride as he posed for goofy pictures with his loyal subjects. 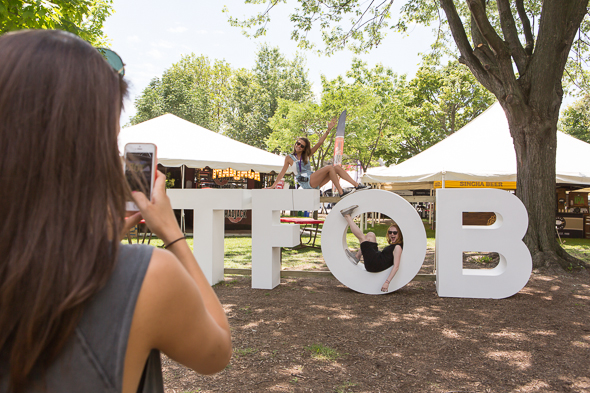 How tipsy did you get at this year's TFOB? Or did you opt for Wayhome instead? Let us know in the comments.