The top Toronto beer news from 2012

2012 was a big year for Toronto beer. A number of new players emerged on the scene and the conversation about brewing and drinking brews seemed to enjoy a broader stage than ever before in the city. There are already indications that 2013 is going to be an even bigger year for beer fans and beer makers in Toronto, but until then, here are some highlights for everyone's favourite golden beverage in 2012.

Amsterdam Brewery makes a big move
As early as July, rumours swirled about the fate of Amsterdam Brewery as the lease for their space at 21 Bathurst was due to expire. In September, the Toronto brewers put the speculation to rest and revealed that not only were they moving the bulk of their brewing operations to a space in Leaside, but they also revealed ambitious plans for a 900-seat waterfront brewpub. The restaurant, slated to open in May 2013, will feature a 300 seat patio and expansive retail operations, and seems poised to change the city's craft beer scene dramatically. 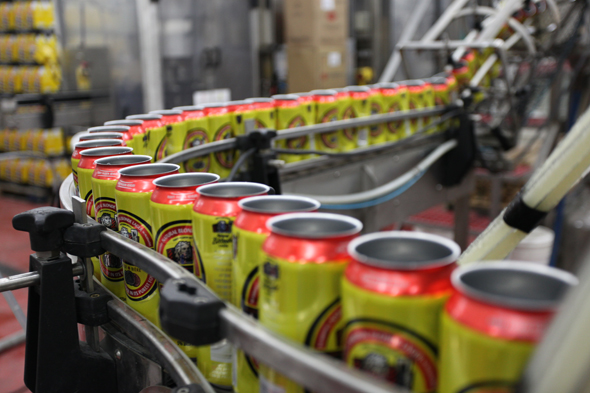 Hudak talks LCBO privatization
Long the subject of disdain among the province's alcohol enthusiasts, Ontario's archaic alcohol legislation has seen many pissy op-ed pieces over the years and is once again in the news thanks to Tim Hudak. The Progressive Conservative leader has become the most recent politician to dangle the prospect of privatized liquor sales as part of his bid to one day become premier. Hudak, at a press conference held in early December, said "It's time to end the LCBO and Beer Store monopolies." It remains to be seen if anything will actually come of Hudak's posturing and his justification for privatization as a way to save money seems vaguely insane, but it's always nice to see the conversation getting a bigger stage than the comment sections of beer and booze blogs.

Voters choose their favourtive Ontario beer
In response to the LCBO's Brewmaster's Cup, earlier this year, four Toronto beer writers (yes, I am shameless) created the Ontario Brewmaster's Cup, pitting sixteen Ontario beers against each other to determine the best the province had to offer. Over two rounds of voting, over 1,000 people cast their votes, ultimately naming Steam Whistle the champion of the inaugural edition of the competition.

Pearson Airport gets crafty
Opting to buck the trend of lacklustre airport food, in April of this year Pearson International Airport announced plans to revamp their food services with a dozen new bars and restaurants, including a pair of bars called Apropos which will feature a craft beer menu curated by Burger Bar owner and Kensington Brewing Company proprietor, Brock Shepherd. This news followed quickly on the heels of the opening of the Mill Street Airport Pub, offering travellers 10 different Mill Street brews. The transformation is expected to continue until the Summer of 2013, but you can already get a final taste of Ontario craft beer before you head off to chug Tecate over Spring break, and travelers with a layover at Pearson will now have more pleasant memories of Toronto than an unremarkable lager. 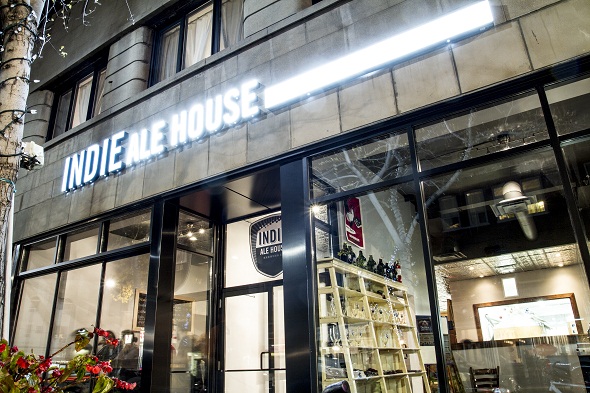 Bring on the brewpubs
Since the lamentable loss of Duggan's brewpub last year, the city hasn't seen much progress in the way of places to enjoy food and beer that were both prepared on-site. Thankfully, this year saw two fantastic additions to the city's small but awesome collection of brewpubs with the opening of Bellwoods Brewery on Ossington and the Indie Alehouse in the Junction. Both have already done much to advance the enjoyment of two of my favourite complementary pursuits--eating and drinking--and with Amsterdam slated to join them, along with the likes of the existing Mill Street and Granite Brewpubs, the city is becoming an increasingly easy place to enjoy a meal and a pint crafted under one roof.

Toronto bars embrace craft beer
2012 saw a great growth in the number of bars, both new and old, that seem to be embracing a craft-beer-slanted tap list. This year alone has seen the opening of 3030, Get Well, Thirsty and Miserable, and Tallboys, not to mention my personal favourite, Bar Hop, a craft beer oasis in the desert of King West douchery. The options for beer fans were pretty good before, but if this new school of watering holes is a taste of things to come, it's a good time to be a fan of craft beer in Toronto.

Westvleteran sells out in minutes
Often touted as the world's best beer, Westvleteran XII recently enjoyed its first (and likely last) retail release owing to the fact that the monks who brew it need to put a new roof on their monastery (sure beats a bake sale). The LCBO received 1,404 cases of the Westy six packs, which retailed for $76.85 and sold out in mere minutes. Reports indicated that Torontonians lined up as early as 7am for local LCBOs to open.

Cask Days blows up
Originally a fairly beer-nerd-centric event for a small but dedicated following of local cask beer fans, Cask Days officially got mainstream this year. 2012 saw the event balloon into a two day festival featuring 75 different brewers from across Canada paired with food from buzzworthy local vendors, as well as music from Canadian DJs and a gallery of art for sale. Throngs of beer enthusiasts took shuttle buses to the Evergreen Brickworks and braved the cold to enjoy rare and one-off cask conditioned ale in a weekend that seemed so successful that the only question that remains for 2013 is whether or not they can book the ACC. 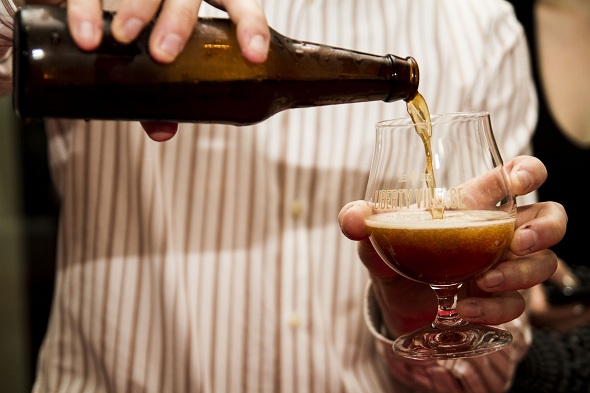 Beer nerd cynicism aside, the city has also benefited from the opening of the Beer Academy, headquarters for Molson's craft beer division, Six Pints. They've turned the space at 75 Victoria street into a place dedicated to all things brewing, they host tastings and even sell brewery-fresh beer in their retail space--which can really never be a bad thing.

Considering all this has occurred in a year where we marked the 25th anniversary of Great Lakes Brewing Company, Toronto's oldest craft brewer, it is becoming increasingly difficult to deny that this city is coming into its own in terms of our beer scene. It's been slow going, but we are making leaps and bounds.